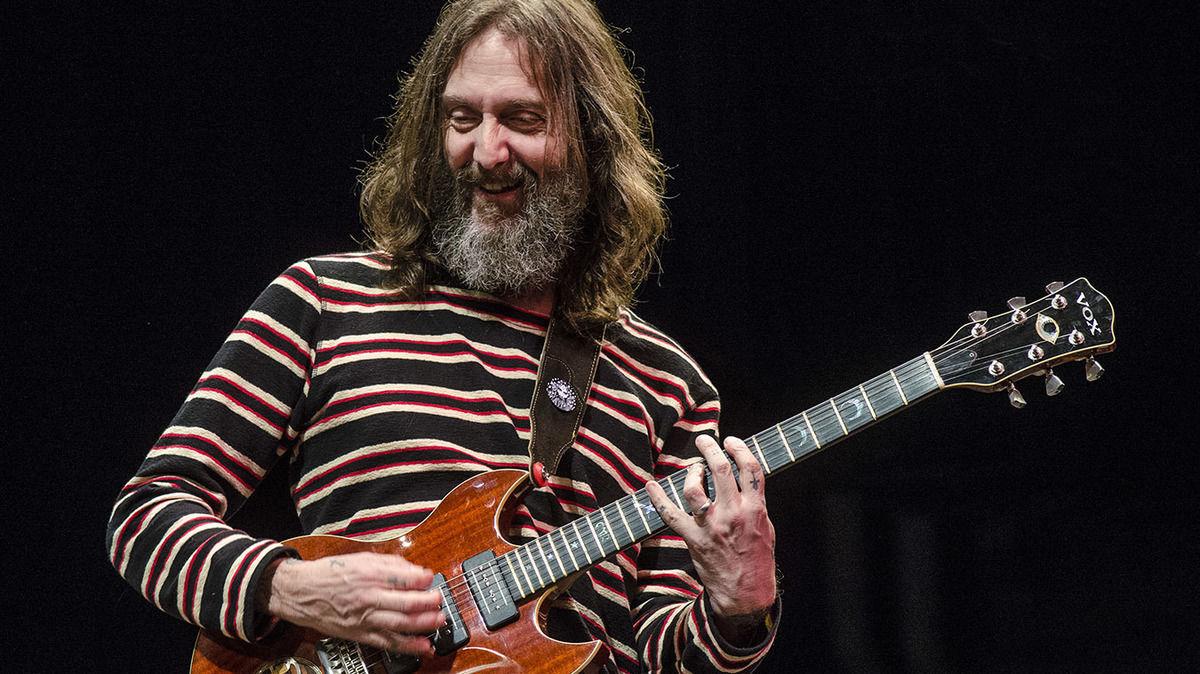 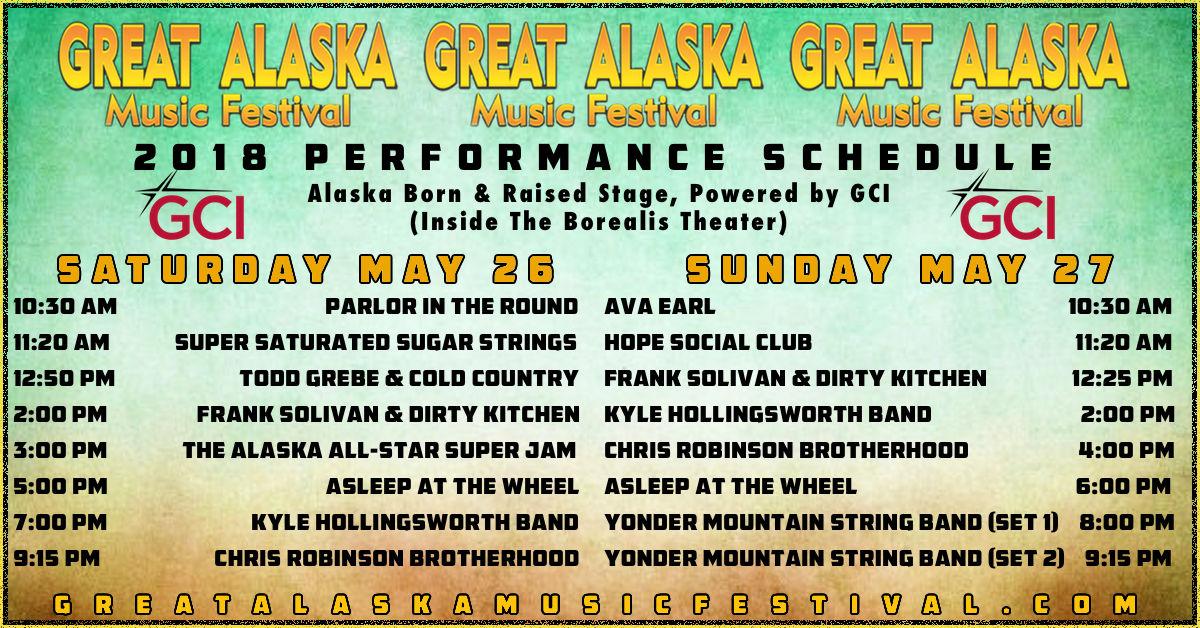 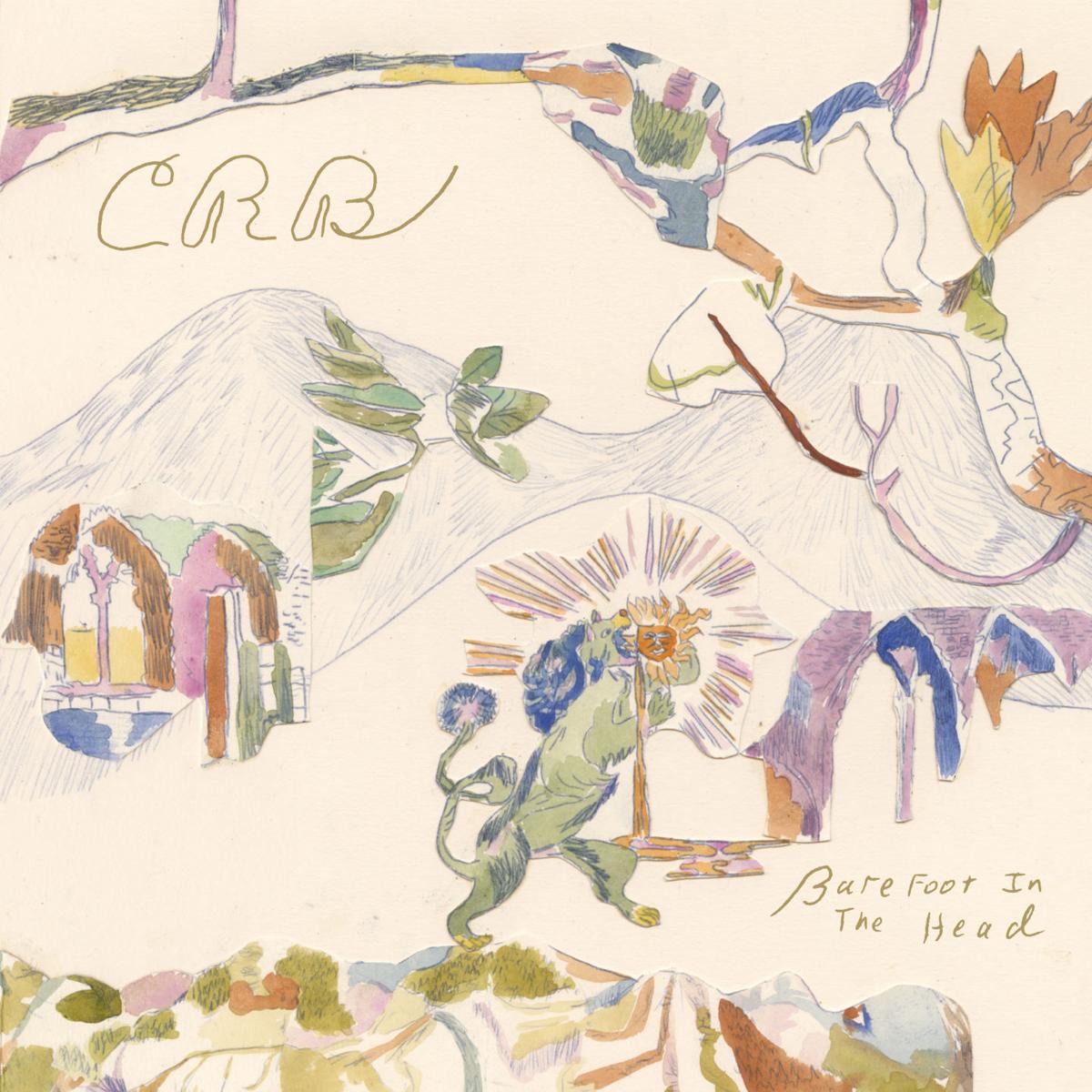 The Chris Robinson Brotherhood is a free spirit. Their music is loose with many layers, it grooves, it’s psychedelic and it’s coming to the Alaska State Fairgrounds this Memorial Day weekend (May 26 & 27, 2018) headlining a diverse collection of local and national music acts.

Led by former singer for The Black Crowes, Chris Robinson, the CRB knows how to be productive doing what they love — simply making music and have fun doing it. It’s a lifestyle for them and their brand of music is the perfect dose of integrated sounds and imaginative poetry that it works as the perfect temporary remedy for the heavy weight of the world today and the anxiety that comes with it.

Since the debut of the band in 2011, CRB has released six studio albums starting from 2012’s ‘Big Moon Ritual’ through ‘Barefoot In The Head’ released mid-2017. The band has also released three live recordings dubbed ‘Betty’s Blends’ Volumes 1-3, that captures the essence of the CRB’s celebrated and more improvised live sound.

We had a chance to speak with Robinson at his home in the woods beyond the outskirts of San Francisco to talk music and his newfound enthusiasm for Alaska.

Robert Foran: Hello Chris, thanks for taking time to talk to us. How are you today?

Chris Robinson: I’m good man. It’s not snowing or anything up there is it? I mean, gimme a break! [Laughs]

So you’re kind of out there in the woods I hear? I read that you live within a rainforest?

Yeah, it’s an ancient rainforest in Marin County. We’re like an hour and a half from the city. It’s fairly remote; a lot of ranchers, hippies and weirdos, and fisherman and stuff. It’s rad, I really like being out here.

You were here recently on the weekend of March 22nd-24th performing with ‘California Kind' at the Sitzmark at the Alyeska Resort in Girdwood. How did you get involved with those gigs and was that your first time performing in Alaska?

It was my first time in the state. It was fantastic, my good friend Barry Sless asked me to be a part of that. Barry and I have another band here in Marin called ‘The Green Leaf Rustlers,’ — our country band. I started playing with Barry in ‘Phil Lesh and Friends’ back in 2004, so we’ve been friends a long time. Yeah, turned out that I had the time available and they asked me if I’d come do it. I ended up just having a marvelous time. I had no idea I’d be having so much fun.

Everyone says you have to see Alaska, and I only saw one slice of the cake, you know? But fantastic, what a beautiful time. I’ve told everyone ever since about Alaska and we’re just excited to come up with CRB to see another spot and meet new people — it’s really cool.

Was your first impression of Alaska anything like what you’d imagined it would be?

Flying into Anchorage I’ll say, I love Colorado and I’ve been around the world and have been lucky to have seen the fjords and fly over the Andes and other weird shit in my life, but I was like, ‘Oh my God, you could fit the whole state of Colorado, and crush it in your hands and blow it like dust over this place and you would never see it again.’ [Laughs] The scale — I was unprepared for the scale.

Incredibly beautiful too. I had the opportunity to hit the glaciers and I have always been terrified of helicopters, but I said ‘fuck it.’ I had the opportunity to do something I’ve never done and I might not ever get the chance again. Mind-boggling stuff, but still I was there for 72 hours and I never saw a moose! My whole life I’ve never seen a moose — someone hook me up! [Laughs]

Is the band excited to be coming to Alaska?

Yeah, I’ve been talking it up. That’s one good thing about our crew, everyone is up for an adventure. It’s not a chore, you can see how being on the road for many decades can have its good and its bad, but overall we’re a group of people that love the music that we play and I don’t think it’s lost on us those opportunities that are available.

You just ended your first tour with your new group ‘As the Crow Flies’ playing music from The Black Crowes catalog — is the ‘Great Alaska Music Fest’ the way you’ll be embarking a set of summer tour dates with the Brotherhood?

Yeah, but we’re always on tour with the CRB. We don’t really start until July but we do 120 shows a year, so CRB is constantly touring.

I’ve heard you do a version of ‘Hard To Handle’ with CRB, but has the band ever done any other Black Crowes tunes?

‘Hard To Handle’ — I’ve sung that song and that song's being sung somewhere, somehow, but no, it’s the CRB. We made six albums, we have seven years of touring and it’s its own world. I didn't think it was necessary to combine the two because they’re two very different things. It’s different people, different material, different everything. It’s a different philosophical place, you know?

Due to the aspect of being in a band now under no pressure to sound a certain way with no set agenda, do you feel that’s the best way to express yourself creatively or does writing under pressure have its benefits and results in coming up with some of your most notable songs?

To me the pressure would come from outside people who want to make money off of what you’re dreaming about or what you’re living through. I mean the real pressure is always from people who don’t live their lives as artists because they see it as a commodity where money is the base.

You’re not dealing with that now are you?

I tried my hardest not to deal with it my whole career, it’s just when you’re the one person in a swarm of people who are greedy and egocentric, you eventually turn out to be the bad guy ‘cause you’re not playing the game, you know? But to remove myself from that game altogether, it was a lot healthier, and I think if you’re in a good place your creative potential is, you know… you can just recognize that this is what I want to be doing, this is what I want to be saying with this music.

How much of your music is arranged right then and there during the recording sessions?

A lot. We’re going into the studio in a couple weeks so we’re starting to pull all the loose ends together and see what the compositions look like. Once I’m sitting on twelve or thirteen rough pieces, it’s time to record.

We play so much and everyone’s an idealist and intuitive, so we’re in touch with what we’re trying to do. There’s no person from a record company saying ‘I don’t like that chorus’, so we have that freedom to use as many words, as many colors and as many textures as we want. Then hopefully it’s still just, you know, people can dance in their kitchen when having friends over or whatever. [Laughs]

Talk about the interesting cover art for ‘Barefoot In The Head.’ — Who’s the artist and why did you choose that for the cover?

Yeah, that’s “Little Wings” Kyle [Field]. One of the reasons I wanted to do shows, be in a band and write songs, opposed to other ways I could’ve expressed myself was the graphic art part of it, even though I’m not a graphic artist, it’s been one of my interests.

I always had these strong, conceptual ideas about the way my shit should look, I mean the CRB gave me another opportunity to build another world where everything is more psychedelic and in a way more abstract and surreal. To me, it’s just another fun, enjoyable part of creating a band and a culture, and it’s why I’m interested. It’s got to fit the music, and in a sense I think we do a good job of that at the old Silver Arrow Records.

Listing to ‘Barefoot In The Head’ sometimes you hear some cosmic, sci-fi sounds coming out of Adam MacDougall’s keyboard that you didn’t really hear during his days with the Black Crowes — were you looking for those sounds or do you just let Adam do his thing and have fun with the music?

A little of both, you know? I mean the keyboards weren’t a featured thing in the Black Crowes like they are in the CRB. We love synthesizers and we love those colors and stuff. Not in any concrete way, but whatever we couldn’t do in the Black Crowes we were allowed to do in this band.

No, I can’t. I have no interest and/or capacity for stuff like that. It’s a necessity in this day and age, true, but we have other folks doing that. I mean we try to keep it in the language of our band and our culture, but I don’t really know what’s going on.

Who are some other artists that you would like to collaborate with?

What words do you have for the Alaska crowd getting ready to let loose and enjoy an outdoor concert with the CRB at the Great Alaska Music Festival?

It might get chilly so I suggest dancing. Yeah, boogie down, it’ll be boogie down nights.

Robert’s work can be followed through Foran Brand Journalism on Facebook & foranbrandjournalism.com