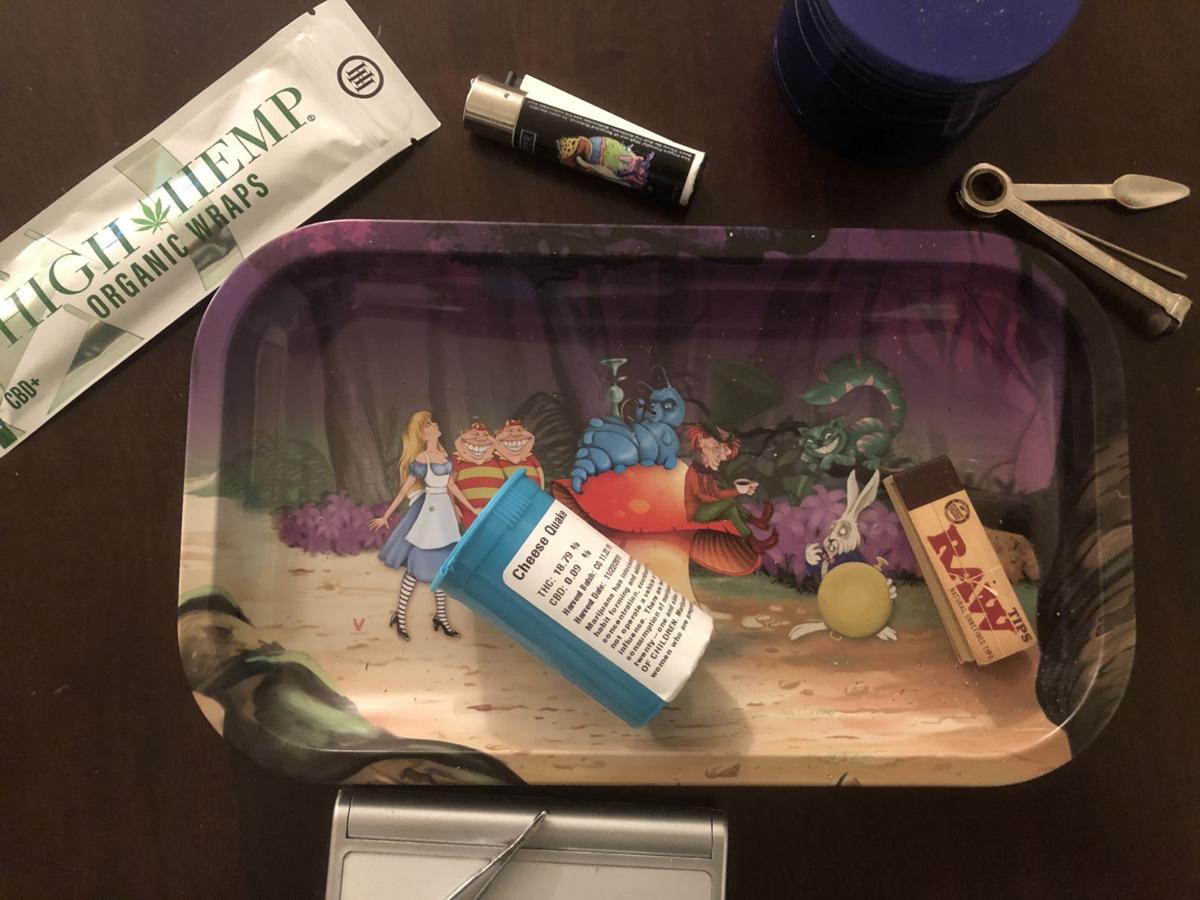 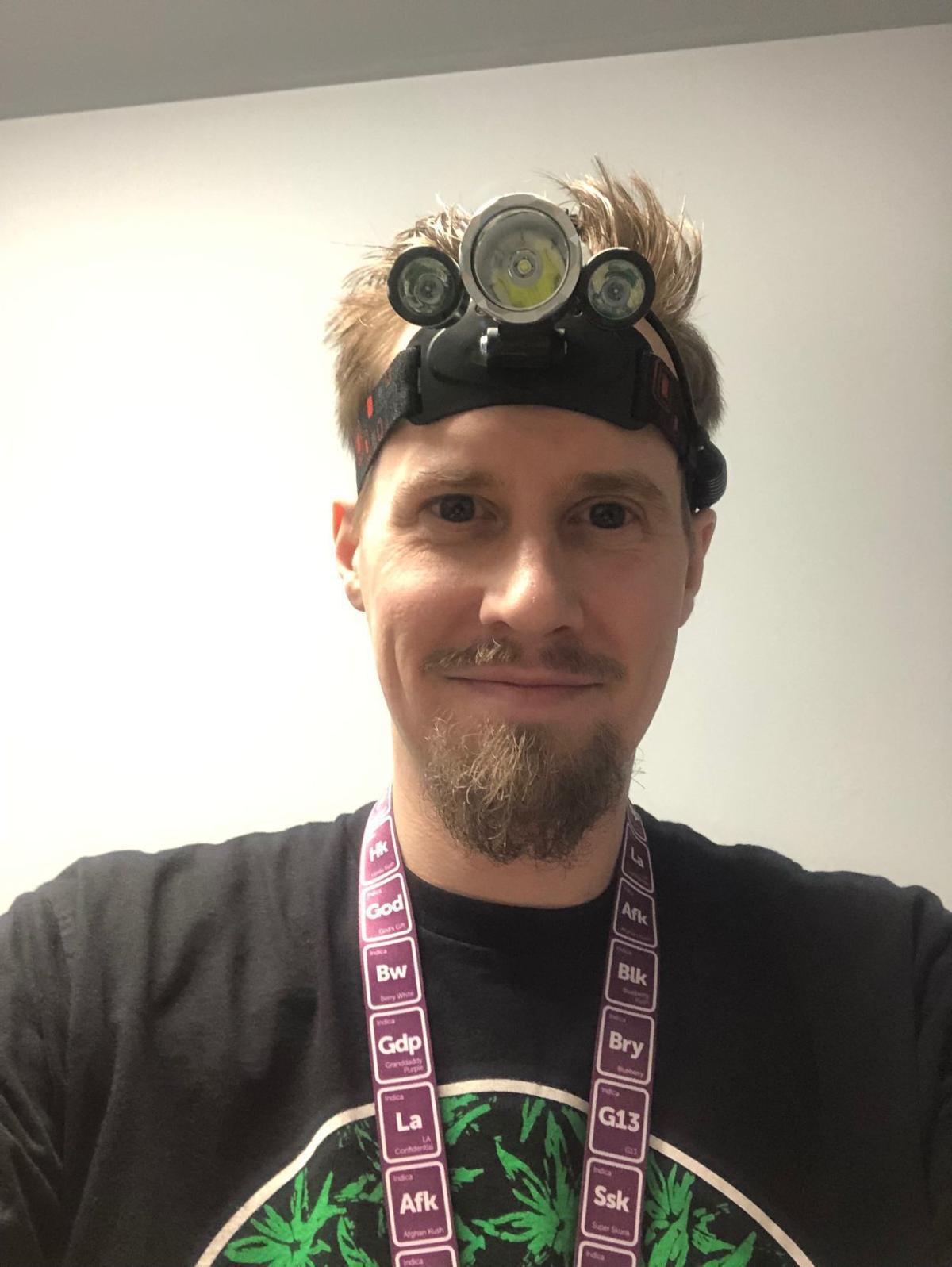 “Yo, how you likin’ that Mario?” Lawrence asked, parking the car.

“Isn’t Mario that video game guy who ate mushrooms all the time?” I said.

Lawrence gave a menacing grin and rocked a little with a silent laugh.

“Not anymore you don’t.”

I hadn’t expected there to be anything in that brownie. OK, I did, just not that.

“Motherfucker. All right, shit, let’s at least smoke this weed.”

We had pulled around the corner to roll a blunt after stopping at Uncle Herb’s to try a new strain bred by their cultivator. The budtender said Faceless had come and gone and didn’t sound to be on the radar.

We settled on Cheese Quake. Lawrence licked the blunt. “They only grew Faceless once?”

“Couldn’t been that good.” He sparked the blunt and handed it off.

“Probably not.” The Cheese Quake still tasted green and the smoke felt rich without the good kind of cough. The chemical flavor made me gag.

“Man,” Lawrence said, “This shit tastes like a lawnmower had sex with Miracle Grow.”

Instead of laughing, I felt the mushrooms press me into the seat.

I handed off the blunt, staring at the ash column, dark gray at best.

Lawrence said, “We waited all of forever for this? I’m ‘bout to go in and bust some heads.”

“Ah fuck, leave ‘em alone.” I said, “You saw that line. They work ‘em like mules and don’t have the decency to shoot ‘em when they’re done.”

We were quiet a while and Lawrence handed back the blunt. He said, “You think they even meant to breed a CBD strain?”

“Pff, fuckif,” I was trying to say I didn’t know but my paper sack of weed had made its way outside the car. There was a wide green pipe tall as me with an enormous Venus Flytrap growing from it, the shop just beyond. My weed floated up to the plant and, “SNAP!” it snatched the bag into the pipe.

Lawrence called after me, “Fuck you goin’?”

I bounded over the pipe with a triumphant fist in the air, yelling, “My weeeed!” as I slipped down the opening.

Hitting wet concrete, my heels kicked out and I cracked my head. The room was warm and dark. A green light from nearby showed a canopy of fan leaves that ruffled with a wave of air above me. Flower rooms are so comforting. I closed my eyes a second but heard more rustling, different than the fans. There were sounds like someone punching the floor around me and something dragged low across my body. I heard someone scrambling and the green light landed by me. I waited a few seconds and put on the headlamp.

Slowly, I peeked over the canopy of plants. I went rigid with fear as I watched an eight foot tarantula mite chomp a quarter ounce cola.

I don’t even know how but I got the fuck out of there. In the hallway, I saw it wasn’t over. There was a figure standing in front of a wall of posted regulations. The more I looked the more I couldn’t tell what I saw. Morphing as the room breathed, first it appeared some kind of machine, then perhaps a reptile, or an alien altogether.

“Hey, Dad,” the figure said, pulling a sign off the wall, “I told you we can’t have this up with the other rules.”

A small man with graying hair emerged from the office and shrugged, ducking back inside.

Three ladies making prerolls giggled about The Policy until one stifled them,

“But Little Lord Fauntlerlloyd and the Robo-Lizard love us,” another said.

“Then why do we live in fear?” said a third.

Across the room, the head cultivator had some kind of science project hooked up to his laptop. “Hey you guys wanna watch me kill this bug?”

The Cultivator went stone-white as the Robo-Lizard stood behind him and placed his hands in mock-massage on each shoulder. “We aren’t doing that anymore, right?”

“Guys!” a frantic man in a lab coat tapped The Cultivator’s shoulder. It was The Noob. He’d been there longer than anybody. I could tell by the band of mashed hair around the Noob’s head he’d been in the flower room with me. “It’s back!”

“God damn it!” The Cultivator said, slamming his laptop shut and hefting a piece of equipment onto the table. As he reached into the device I saw it was a modified fertilizer spreader with some kind of feed bag draped over his shoulder. “I’m gonna hit it with the vermiculite.”

“But, bro,” someone called from production, “it’s mature cannabis.”

The Cultivator put on antique fencing goggles and chomped down on a blunt. “It’s the only way.”

He kicked open the door, flicked the light and let loose on the room with vermiculite.

In the aftermath The Noob had a hose for water in one hand, a hose for the shop vac in the other, both in one pot. Another employee tried to console him.

“You’re sure he said to flush each one a full five minutes?”

“Told me he needed a really good flush,” The Noob said.

The Noob shushed her.

A hand clapped on my shoulder, pulling me back to the tube.

“Mu-fucker, you didn’t tell me there was vermiculite in the prerolls.”

“Don’t worry,” I said as he kicked me into the tube, “they have plenty of other cultivators’ trim joints.”

As we escaped through the pipe I heard The Cultivator apologizing again.

The Robo-Lizard said, “It’s weed, somebody will buy it.”

Back in the car I opened and closed my hand a few times.

Lawrence was staring at me. “I thought you could handle your shit. Fuck.”