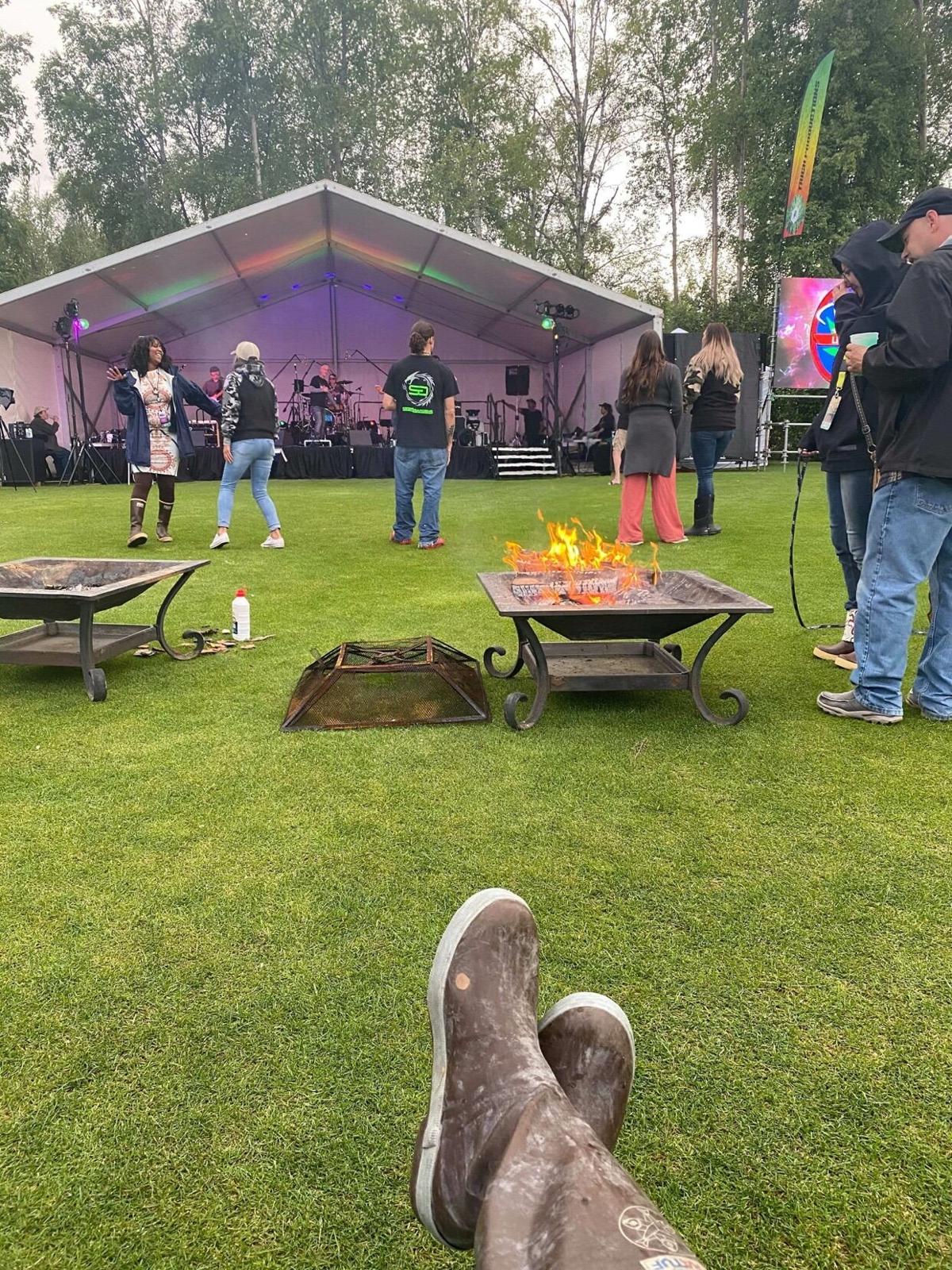 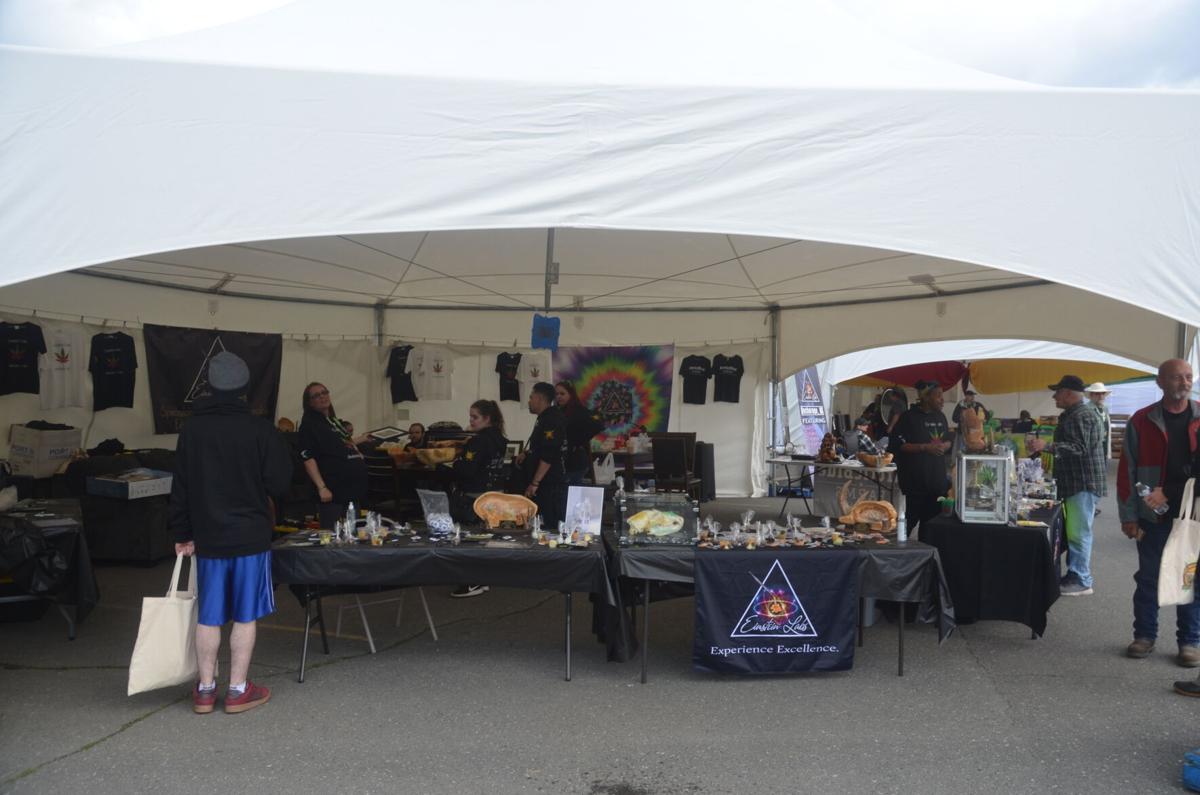 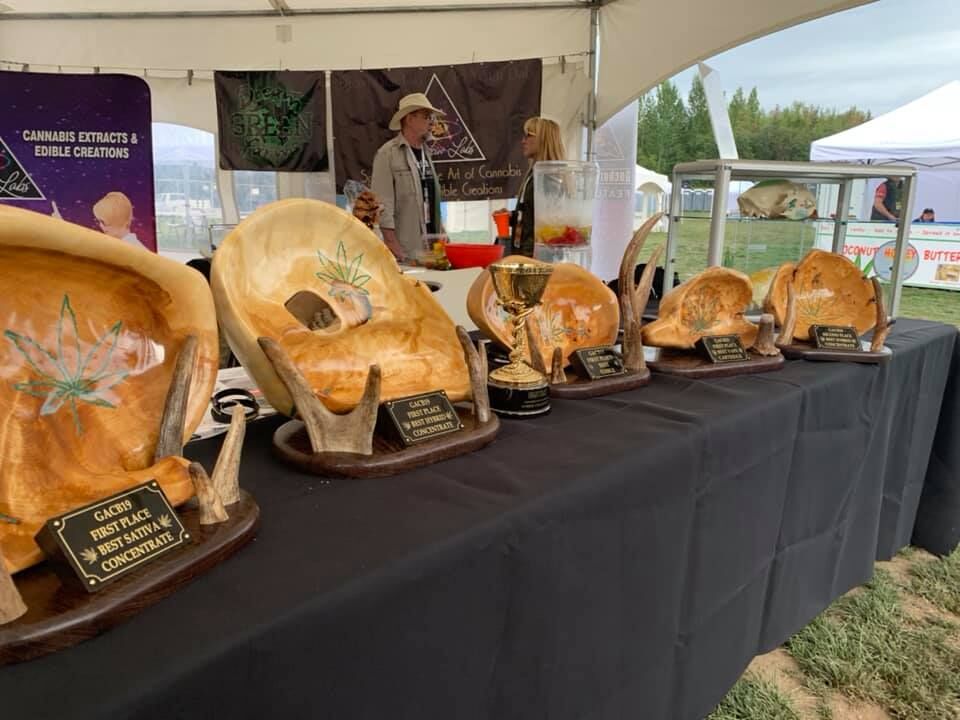 Last Saturday was the third year that hosted a gathering of marijuana growers, retailers, and enthusiasts alike, all coming together to express their love for the green at Settler’s Bay Golf Course in Wasilla. This event is part trade show, part music festival, and a whole lot of fun.

In 2018, High Times Magazine brought the Cannabis Cup to Alaska with plans to make it an annual event. Unfortunately, the inaugural party didn’t go down quite as smoothly as the sponsors planned which left a sour taste among both vendors and attendees. The high prices and large “No Smoking” disclaimers (for legal reasons) led to a low turnout; so when their headliners (Method Man & Redman) canceled, the marijuana magazine’s dreams ended up going “up in smoke.”

While the California-based company fumbled in 2018, TRICH Productions (Wasilla) picked up the ball and was able to run with it. This weekend was the Second Annual Great Alaskan Cannabis Bowl (GACB), and turned out to be a complete touchdown in my book. Tickets were affordably priced at just $40, which is significantly cheaper than the normal cost for an all-day concert, and the good vibes were priceless. The Cannabis Bowl welcomes people from all parts of the weed industry, as well as enthusiasts; from local longtime smokers to saplings (those curious about or new to cannabis).

I am not in the marijuana industry, but I’m no stranger to it, either. Having many friends who work in the cultivation/retail shops, I like to visit each vendor booth and socialize with old friends and make new ones. The periodicals and advocacy groups always have a lot of information and almost every table has “swag” readily available. Each year I end up coming away with hundreds of dollars in equipment, vouchers, or raffle prizes.

Even though it was a 21-and-over event with reasonably priced drinks available, the Great Alaska Cannabis Bowl feels more like a relaxed neighborhood bar-b-que where everyone is happy, friendly, and just a little bit buzzed. Security enjoys working this peaceful event and is on site mostly just to keep you safe (as well as protecting the venue’s liquor license). While the sale of cannabis is not allowed on site, marijuana is legal to own so security is not too concerned if you BYObud. Since you have to drive past a handful of dispensaries on your way out to the event, it’s fairly easy to come prepared with your own party favors.

While smoking pot in public is illegal, it is mostly unenforced and it’s not uncommon to see people lighting up at all sorts of concerts. That being said, the cannabis community is usually pretty responsible and discreet. Unlike years past, the air this year smelled predominately of the fresh food flavors from the various vendors; and the few whiffs of grass that I did pick up were few and far between (usually from an old-school grower walking by with a deftly palmed joint of Arctic Blue). Curious, I scanned the event on multiple occasions on the lookout for clouds of smoke but rarely saw anything other than those from a low-profile vape pen.

I’m not a big smoker so I didn’t care to bring any weed with me, but when Tim Montana took to the stage singing about how smoking helps him unwind, I admit I started to regret that decision. Nevertheless, lounging in the comfortable hammock station gazing up at the sun breaking through the clouds was its own type of high; it felt like I had a national country star singing to me in my own personal back yard concert.

After the headliner wraps up on stage, the friendly and the celebratory atmosphere that has been surrounding the perfectly manicured golf course lawn turns into an air of suspense. The culmination of the event is an award ceremony where the crowd eagerly awaits the report of this year’s champions. Companies and individual growers from all of the state submit their best in categories like best concentrates, edibles, flower, pre-rolls, and more. The entries are rated by 24 judges throughout the 3 weeks leading up to the event, and once the ceremony commences you can see contestants about ready to burst with anticipation.

There is brief intermission featuring a donut eating contest to which I was both excited and dismayed to take 1st place in (I was 100% sober but can’t say no to free sweets). While I was cleaning the sugar from my face; Cody Coman, the Director of Events at TRICH, hopped on the microphone to declare the Cannabis Bowl winners.

After the award show and enthusiastic swag toss, attendees congregate around various prize winners to offer their congratulations and take a peek at the gorgeous handmade trophies. Feeling almost as if I had partook in some championship Indica, I could sense the weight of the donuts slowly pulling me into the deep dark pit of a food coma. I didn’t stay to watch the final band take the stage, but I can tell you I’m already looking forward to the 2021 Great Alaska Cannabis Bowl and can’t wait to see you all there.