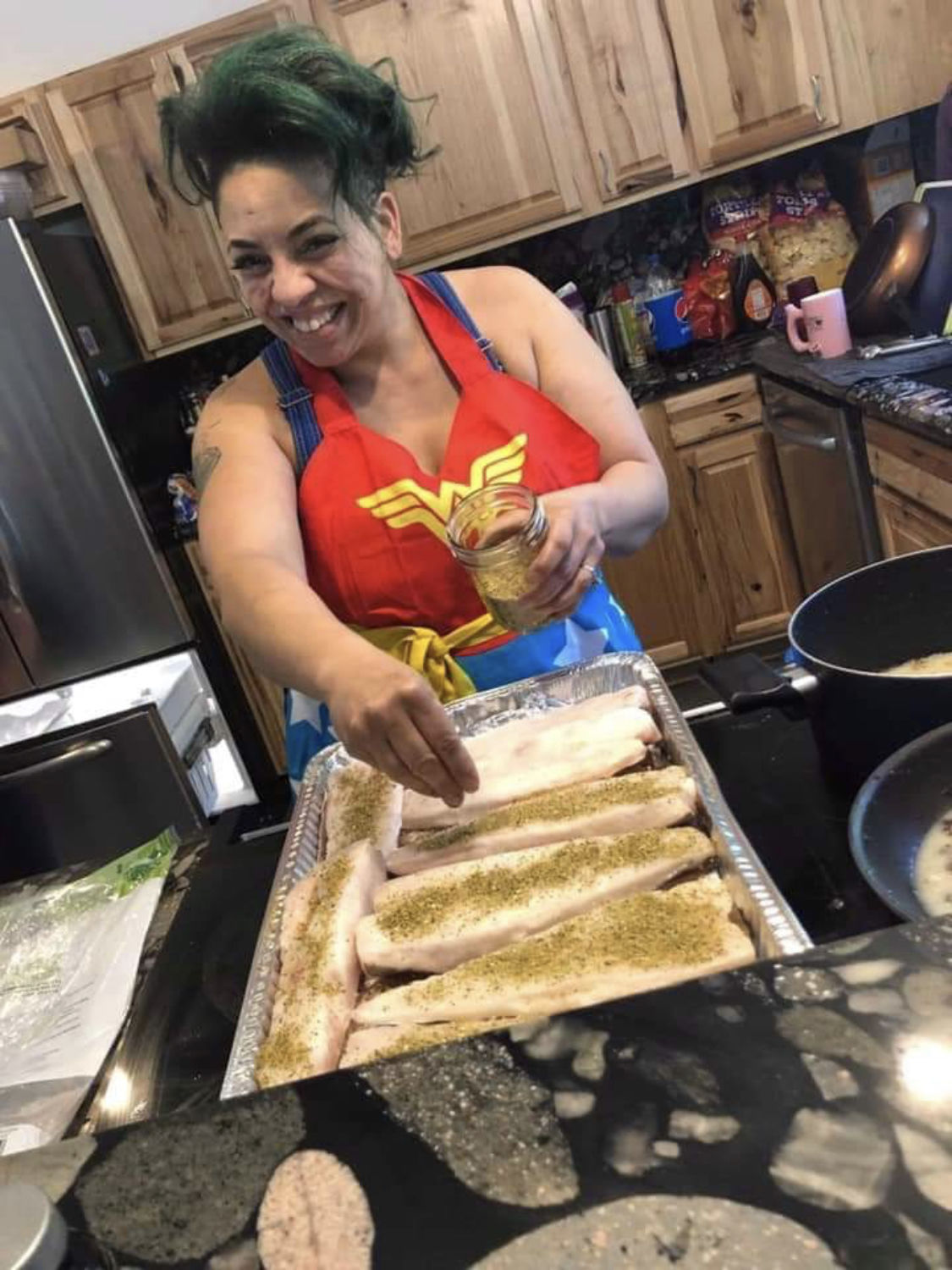 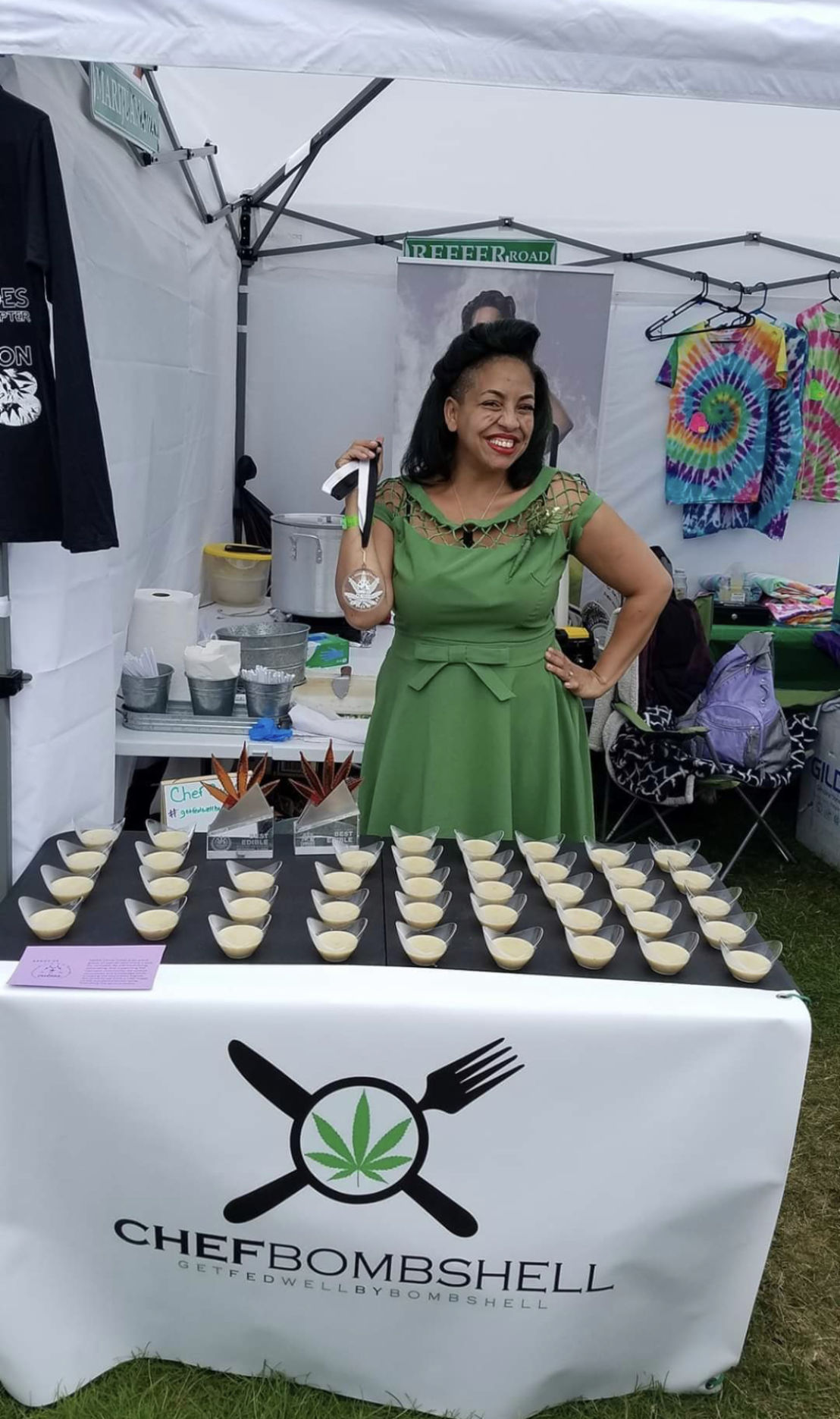 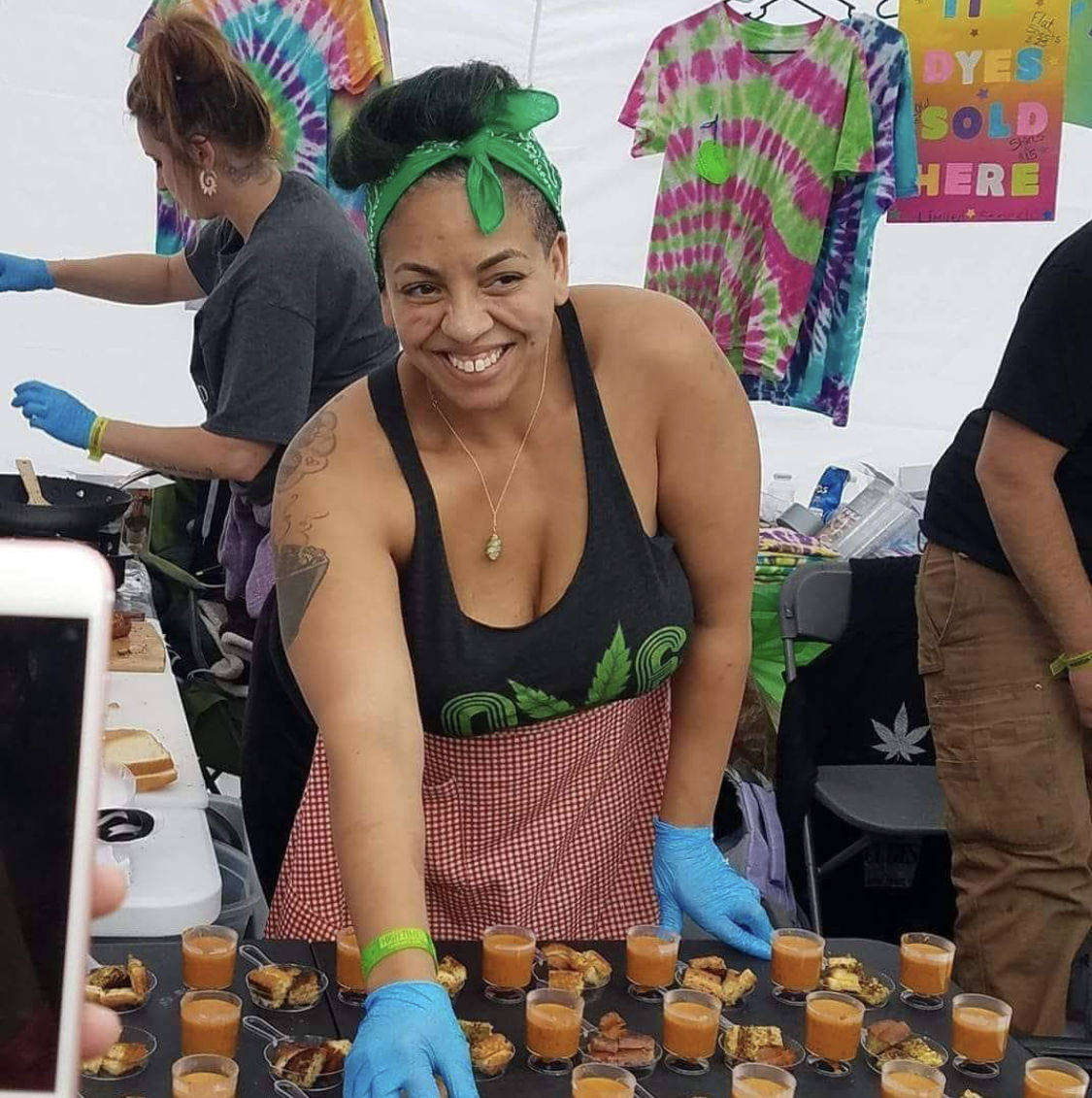 I kind of feel like I asked Einstein to show me long division here, but I got to speak with Chef Bombshell Michelle about some basics of making edibles at home.

Everyone in the cannabis community knows you, and you won best edibles for the 2019 Press Picks. How did you become Alaska’s premier edibles maker?

You know, I wonder that sometimes myself. I started off cooking, well, I’ve been an underground queen for a long time, a long time, and I was really comfortable living life as a ghost, so it’s still weird being on the public side of it. But, I’ve done a lot of work with veterans. A lot of work with veterans, a lot of cancer patients, and then I started branching off helping people the way that I help myself, because I live in constant agony. And so, when I started realizing how much pain my friends are in too, I started helping them, and then it was just, word of mouth traveled. I go to all of the festivals that we have up here, all the cannabis events and I do live demos. I like to show people that edibles don’t have to be candy. I’m really tired of seeing candy as edibles. I know that’s the go-to and that’s everybody’s norm, but I want them to see the gourmet side of it. I want them to see a healthier side that you incorporate into your diet and, everything that you eat can be medicated.

What do you think of Alaska’s five milligram per unit cap?

OK, so, from a person with chronic illness, it’s frustrating as all hell. I have people crying all the time that the industry doesn’t help them, the industry takes from them, and, they need. I wish we had medicinal standards up here, really really badly, ‘cause we have a lot of sick people up here and Alaska is so harsh on the body, they need relief. I was just speaking to a woman the other day, and she was spending $400 a month on the rec market, and she still wasn’t getting any relief. She was literally in tears over it. So I taught her how to use her own crop, and make her own broth and stuff with it so, that she would have constant medicine, because for me it’s not a financial goal thing it’s more so of, everyone deserves to feel better.

What are the best things to infuse?

A lot of people use butter and olive oil. I tend to use all mediums of fat. I personally love avocado oil. It’s a better fat content.

So anything that’s fatty you’re good with?

Yeah, but, I also go outside of that and I make my own Stoner Seasoning line-and so, you really can medicate anything and everything. I have multiple different sugars; I have Montreal Steak seasoning, garlic herb seasoning, salt and pepper.

Yeah. Anything and everything you possibly desire can easily be medicated. And, I know a lot of people that use tinctures. My issue with tinctures is they leave a strong flavor and I’m very proud that I’ve managed to take the flavor of cannabis out of the food, so you’re just, eating regular food… But, I medicate my vinegars; I medicate everything.

For someone who is a beginner, what is the best way to decarboxylate cannabis?

I want everyone to always remember the rule, “low and slow is the way to go,” with cannabis. So on decarb, don’t go above 220 degrees, try very hard not to. I know a lot of people say oh no, 250, it’s a shorter amount of time. Some people have even told me 275 and I just look at them. Like no, you’re ruining your product; you’re cheapening your end game of it. So, 220 degrees, and I do mine for 45 minutes, sometimes an hour, depending on how dense my bud is. If it’s just trim and shake, no more than 45 minutes. You don’t want it to start turning brown. You do want it to turn a little shade darker than when you put it in there, but you don’t want it to turn brown, you’re losing your potency. The goal of decarbing is just activating the cannabis and turning it from the inactive THCA, to the psychoactive THC your body can process.

I’ve heard if you can smell the cannabis while it’s decarbing you’re losing potency, is that true?No. ‘Cause you’re always going to be able to smell it as it’s heating up. The best weed to use, to cook with, in all honesty, is the weed from vaping. Anybody that has a Volcano, save your herb, keep it all to the side, and use that. It is perfectly decarbed. Even though it shows that it’s brown, it is the strongest weed to cook with, it will knock you on your back. I believe in zero waste. I am not a person that is wasteful when it comes to cannabis at all, whatsoever — I use everything. I’ve taught a lot of people to put MCT oil in their dab rigs. As long as your dab rig has a long enough tube that you’re not inhaling, you don’t want to inhale that that’s going to give you pneumonia, but as long as your dab rig has enough space and you’re not inhaling it I highly encourage people to put MCT oil in their dab rigs instead of water, because water gunks up with the oil and clogs it. But MCT oil, it keeps it nice and fluid, and it just mixes together. Then, you have activated dabs in your MCT oil—cooking grade, make sure you use cooking grade—and you can cook with it afterwards, and make capsules, and it is slappin’. Zero waste. Zero waste.

What if you live somewhere you can’t smoke weed?

There are other ways of decarbing, ‘cause the way that I’m describing kicks off a lot of smell, and not everybody is allowed to do that in their homes or on their property. I suggest the mason jar method. I don’t like the jar method of heating a jar in water inside the oven because the bottom of the jar will pop out and ruin the cannabis. Put a wet towel in the oven that is folded to hold the jar in place while lying on its side. Put the jar in the oven at 200 degrees, and it’s gonna stay in for an hour. I like to do it at 200 for an hour, but every 10 minutes I go in and agitate the jar and put it back. If I’m gonna put it in the oven, I’m gonna grind the weed, I’m not going to leave it semi-crushed and nuggy. I find old school method more psychoactive, but this way at least you don’t get the smell in your house.

After decarbing, what is the best way to infuse oil?

I personally like to do it either on a double boiler on a stove, with a thermometer — don’t let it get above 220 — or I like to do it in the oven ‘cause you can control the temperature. Like with coconut oil and avocado oil, I just make sure I heat up the oil and pour [the cannabis] in and I will leave it in there for anywhere from four to eight hours. To strain it, put cheesecloth in a strainer, pour the oil in and squeeze the material left in the cheese cloth.

What is the effect of infusing oil over a longer period of time?

It’s a longer lasting high. I do tests, I have a group of people that I’ll test out on, so I‘ll tell them, ‘OK this is the process that I did,’ and they’ll give me their notes on the differences that they feel with it, and I’ve been doing that for about 10 years. Very specific, and it’s because I help people with specific dietary needs and a lot of medical ailments, a lot of very specific needs. And I know that I suffer constantly and I’m never going to fully get my pain regulated, but the way that I can wipe out other peoples’, is unreal, and it’s because I pay attention to every bit of criticism in the notes that I’m given. There’s power in controlling your own medicine.