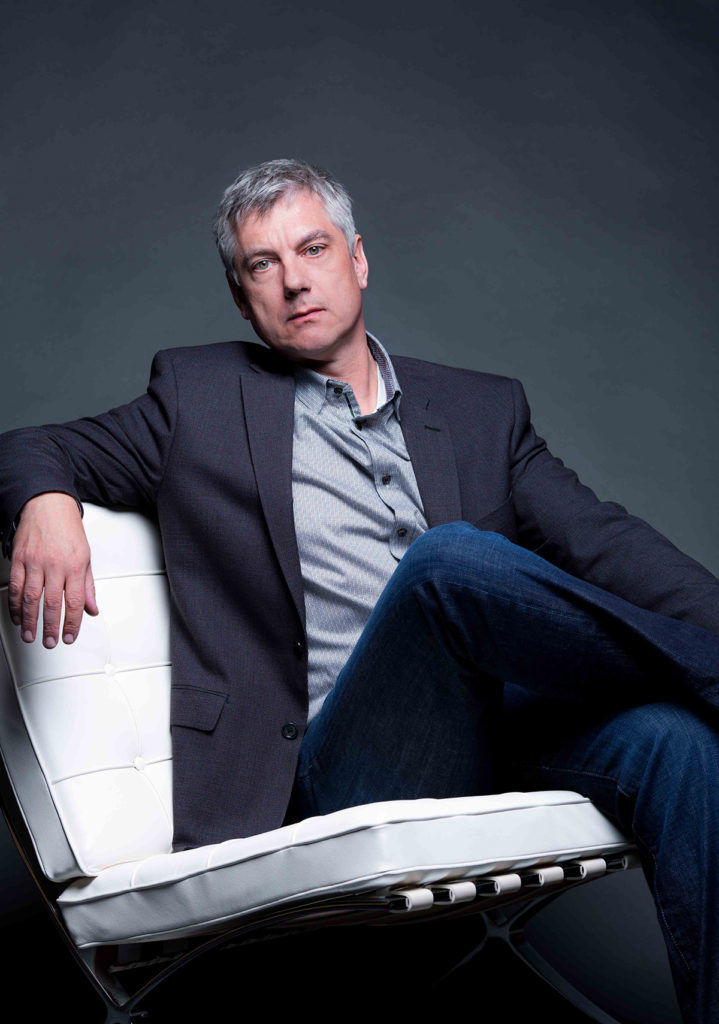 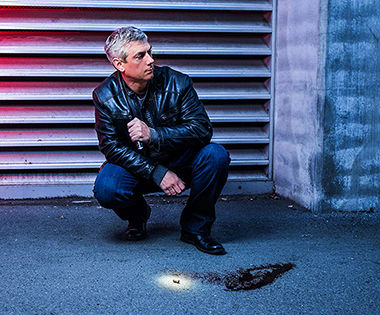 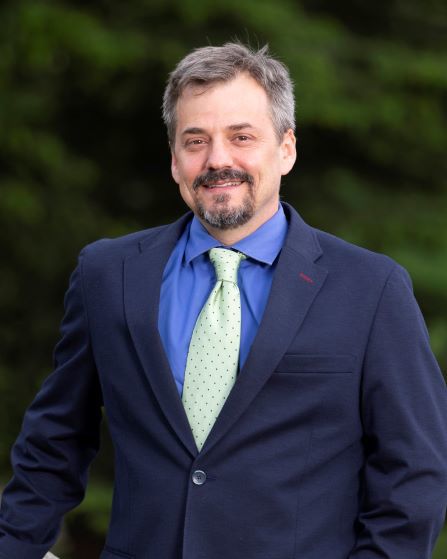 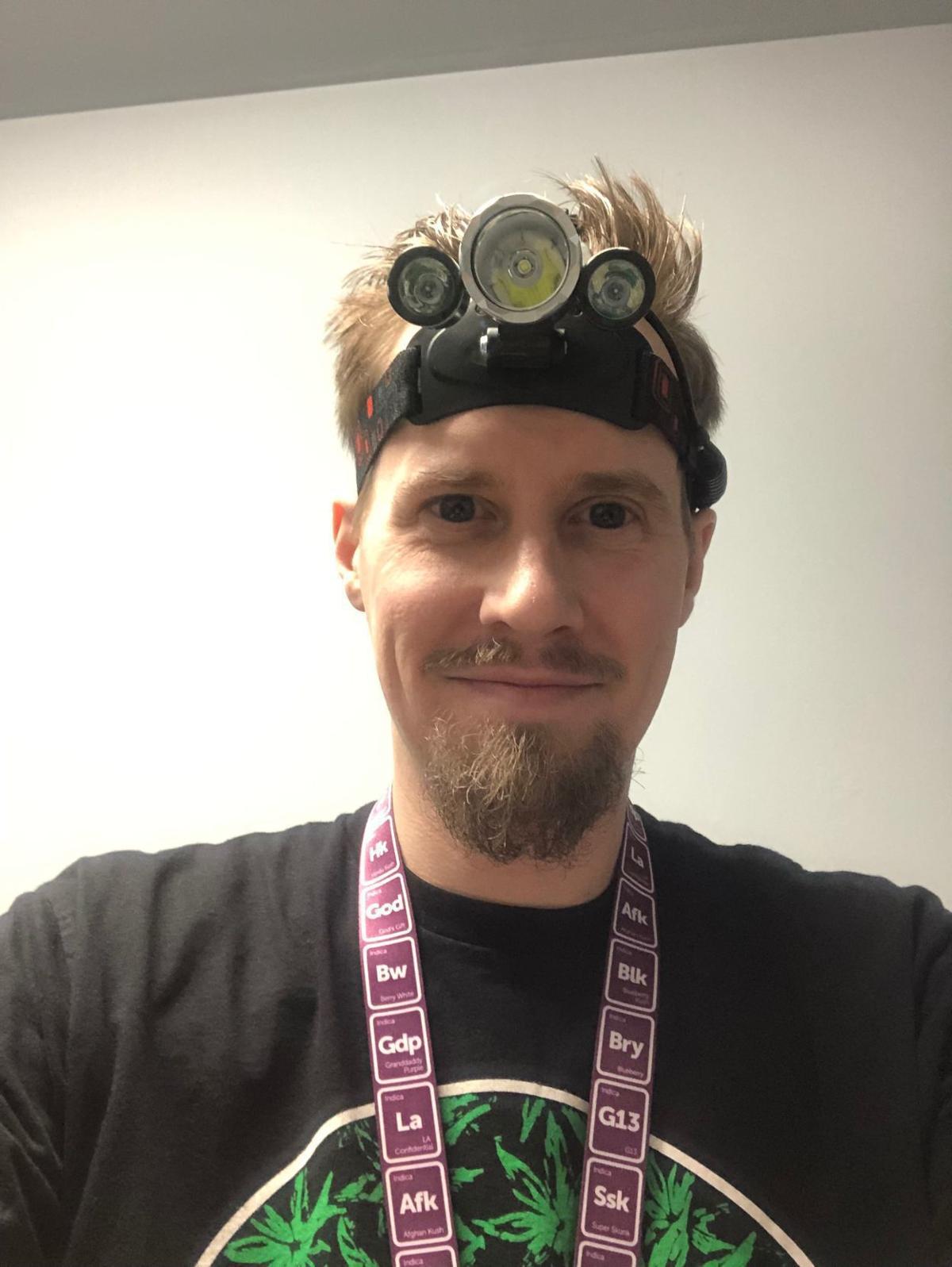 Erika McConnell has been ousted as director of Alaska’s Alcohol and Marijuana Control Office and the one thing that’s sure about it is the whole statewide weed scene has shit a brick. People are walking into my shop after Marijuana Control Board meetings like they’d just heard there’s a comet filled with spider mites headed for the center of Alaska. Former APD detective, author and semi-celebrity Glen Klinkhart, whose memoir ‘Finding Bethany’ propelled him into TV expert status on violent crime, had just been named the interim director.

I ducked in back on a lunch break for a phone conversation with Anchorage Assembly Member Christopher Constant. He was out doing his shopping, and apparently, was well aware of the shake-up and was happy to talk.

All right, so initially I heard (former Eagle River legislature and conservative talk show host) Amy Demboski was going to be the new AMCO director and...

Yeah, I heard that rumor, but it wasn’t true. It didn’t make any sense to me.”

Right, and so, there’s a new guy up, Glen Klinkhart, and people are having a bad reaction to this one as well; he has a law enforcement background, right?”

Yeah, but I think that’s an unfair measure of his — what he’s going to do. So I disagree with the sentiment; that was knee-jerk and immediate, that this was a bad call. He’s actually a really great public servant, true and true. He understands what a mission is and if he accepts the mission then he’s going to do it with extreme commitment.

So you feel like maybe people are having a bit of a panic reaction at the moment?

Well, they were panicked on the first theory, which was pretty paranoid, and then they’re panicked on the second one, and I just don’t know if you could ever point to any example where Mr. Klinkhart was ever less than extraordinarily professional. He’s like the one who found Bethany Correira’s body, you know he’s like super-committed, long past this duty that he was supposed to be doing. I just think that, people’s fear, is a pretty consistent reaction, and that’ll probably take a generation to go away, the oppositional nature.

Right, the sort of ‘us and them’ narrative?

So you don’t really feel like this is going to be a bad thing for the cannabis industry?

No, I think he’s going to do a great job. I think the one thing that, if people are afraid that Dunleavy is going to get a yes-man out of this, that’s not what’s gonna happen. This guy is, one hundred percent, committed to the mission, of whatever he takes on. If he says he’s gonna do it he’s gonna do it.

Any other background around this you care to offer?

“You know, just thinking about how, Erica was let go, it’s very interesting and, definitely there’s a legal question about how much, I don’t know what the right verb is, ‘meddling,’ is the short term verb that comes to mind, should the governor have on an independent board. But that, I think, is more of a philosophical question. I think the industry is going to do just fine. You know, the issues that they’re tackling, they’re really some tax questions, right, and how, how they’re being taxed, percent versus flat fee, and those issues aren’t going to be the director of AMCO’s, they’re going to be legislative. So, the real work, that’s ahead of the industry right now, has little to do with this. Everyone just has to keep their operations clean and upright and it shouldn’t be a problem.

So on an individual basis, if the cultivators and the dispensaries continue to be on point, there’s not really any new threat being introduced here?

I don’t see it, no. Again, the big challenge facing the industry right now, is the cost of doing business. Taxes and all of that. Especially not having a local option for banking, or any kind of financial management, the federal rules on taxation. These are the big challenges facing the industry, not getting their licenses or keeping their licenses, which I think is really what AMCO’s all about.

Gotcha. So a lot of the much bigger issues aren’t really in AMCO’s wheelhouse?

Exactly. There are bigger questions the industry should be focused on, I think. But, they need someone in that position who’s going to be fair. That’s the bottom line, the person or whoever is in that position needs to be fair, and I think that Mr. Klinkhart will be fair.

So do you think a lot of the panic that people have been reacting with has to do with a misunderstanding of the role that AMCO actually plays?

I don’t know. I think that they all have, the ones who are in the lead in this, I wouldn’t want to explain, I don’t know what the right verb would be — mansplain, regulate-splain to them, how their regulator climate is working-they know. And so, if they have fears, their fears are well-founded, but if their fears are well-founded in the process, I don’t think they’re going to find ground in the individual, in this Glenn Klinkhart. Just because he’s a retired police officer doesn’t make him a bad guy. I don’t want to tell them that being cognizant and on point for this position isn’t important, it’s a hundred percent important. It’s a hundred percent important for all the questions around licensing, violations and all that, but again, the fear, I think, around this guy isn’t based on any kind of fact, only based in, a stereotype — ‘he’s a policeman, he must be bad.’ There’s just no evidence they can present that would demonstrate he is a threat.

Yeah, from my perspective, based around my interactions with him, his family, people who’ve worked with him over the years, and his reputation as a law enforcement professional—and his super diligent work finding Bethany, bringing that man to justice—all of that, pays tribute to a person who, again, commits to his mission. He’s gonna do his job fairly, and he’s gonna do it. Which I think is good.

Is there anything you feel really compelled to throw out there?

No, I think uh, everyone keep doing the right thing. You’re all, most of you, as members of the cannabis industry, are doing a great job, keep it up.

In a follow-up conversation, Constant said, “Glenn Klinkhart is an inveterate professional. The industry could do much worse.”

That doesn’t matter to me because an assemblyman said it. It matters to me because I was around when Christopher Constant showed up in Fairview and started making it a more livable place. I know he’s interested in what a lot of people like me are interested in, progress and better lives for citizens. If the industry’s dick were about to be hanging out, he’d probably tell us to zip up.

I understand the bias. I have appreciated the recommendations made by groups like NWA as well as Ice-T and Body Count, as to how police should be handled in a community. I felt that way before an officer knelt on the cuffs while he mopped a floor with my face. My wrists still feel funny. And I guaranfuckingtee you it pisses me off when a customer walks out of my shop and someone tells me they are or were a police officer, that that motherfucker is going home to sit down and comfortably smoke a bowl while 15 guys sit in jail because he put them there for weed.

I’m also going to have to show my face in this town after saying this, but I feel like unless Jerry Garcia personally descends from Xanadu on a unicorn trailing dual trichome rainbows and starts hucking 35% THC pounds at random, industry people are going to fear an excess of prohibitive regulations. Industry people who often come from a culture of zero regulation. I quote The Big Lebowski often at the shop: “This isn’t ‘Nam, Smokey; there are rules.”

The whole idea of making this plant legal is reworking a long-standing social contract, one whose basis in the past had somewhat been, “If you cultivate, sell, or possess marijuana, you are in violation.”

Decriminalization was weird. Anyone who wanted pot knew it could be found and we all dreamed of that beautiful, reliable day, when we didn’t have to wait around all night for someone who said they’d be there “in about an hour,” to drop off some scrimmy bullshit that used to go for forty instead of fifty. The cannabis community wanted convenience, we wanted quality, transparency, safety, and jobs. Well, fuck, I guess I can’t bring an AK-47 to a cultivation, but I sure like my bi-weekly paycheck.

Alaskan cannabis, and all its shades of the present market, is about negotiating a new relationship with the city, the state, and that whole uncomfortable federal thing.

Sure, sure, “fuck tha police,” but let’s see what the interim director of AMCO does.