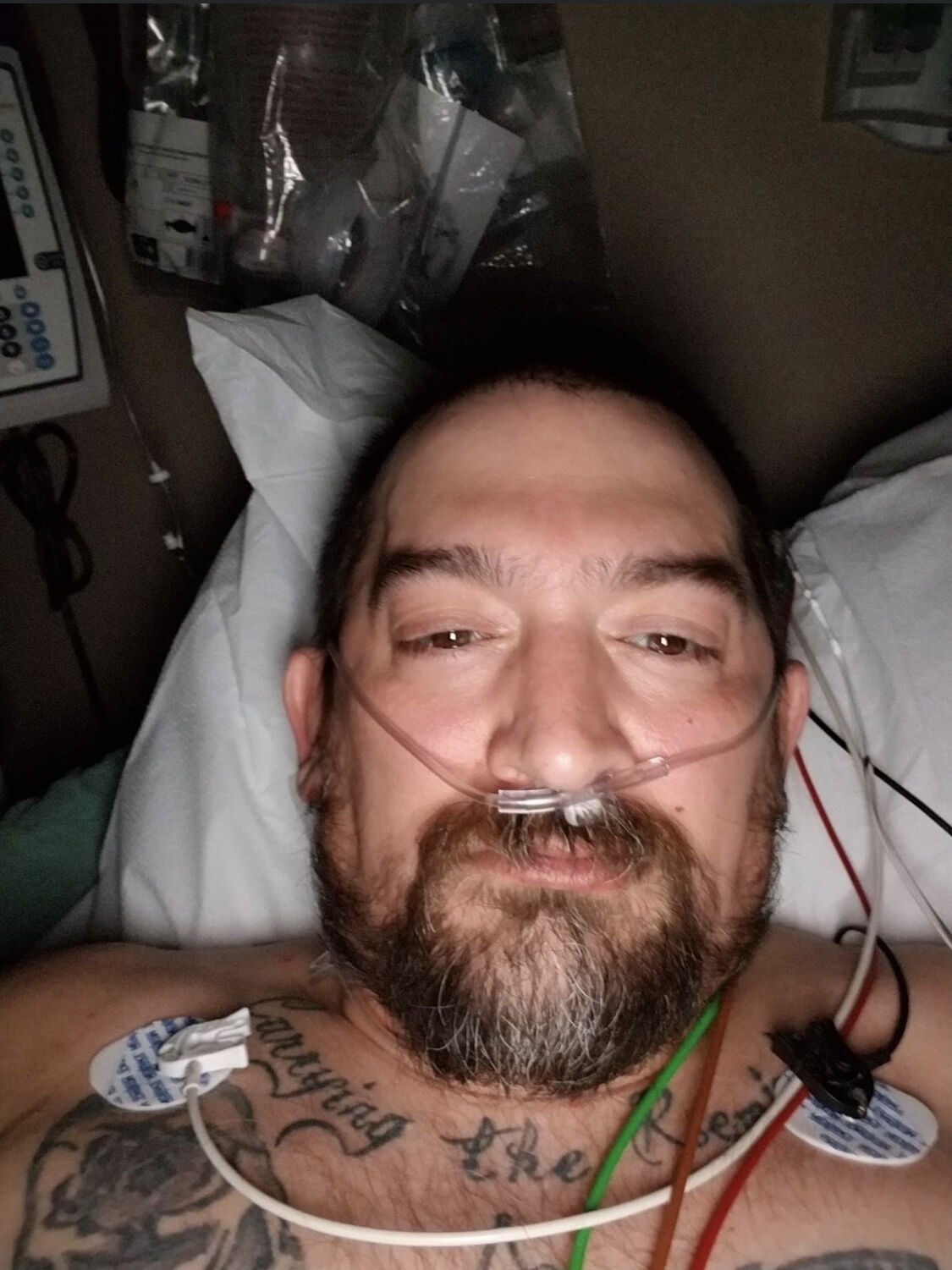 Rocky Brown was hospitalized with MRSA pneumonia, which he says came as a result of working with pesticides at Houston Grass Farm. 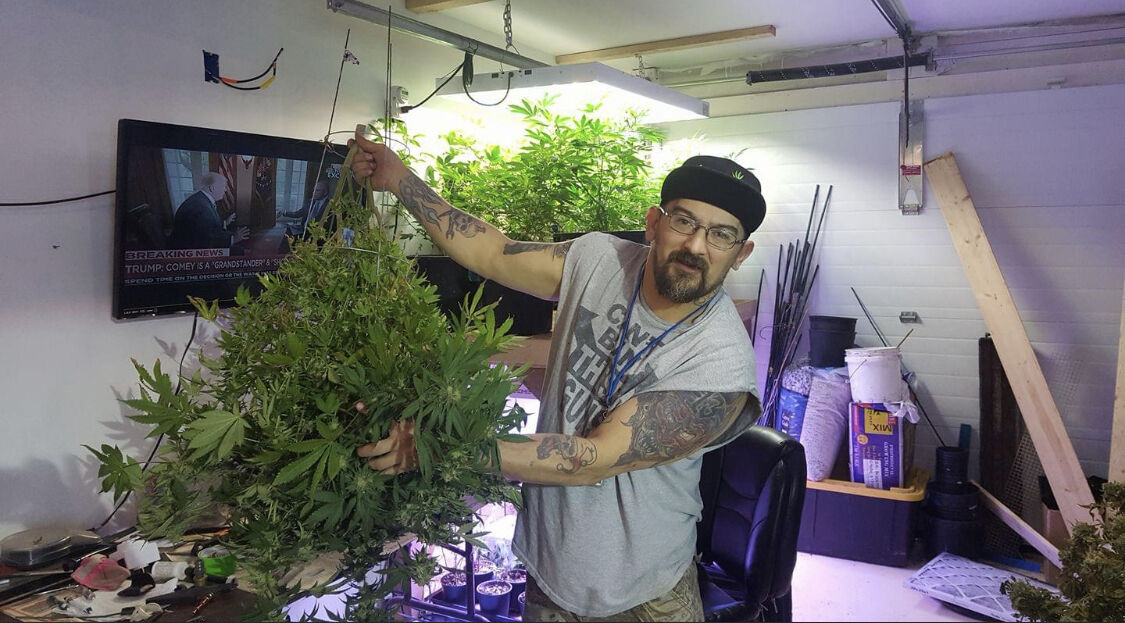 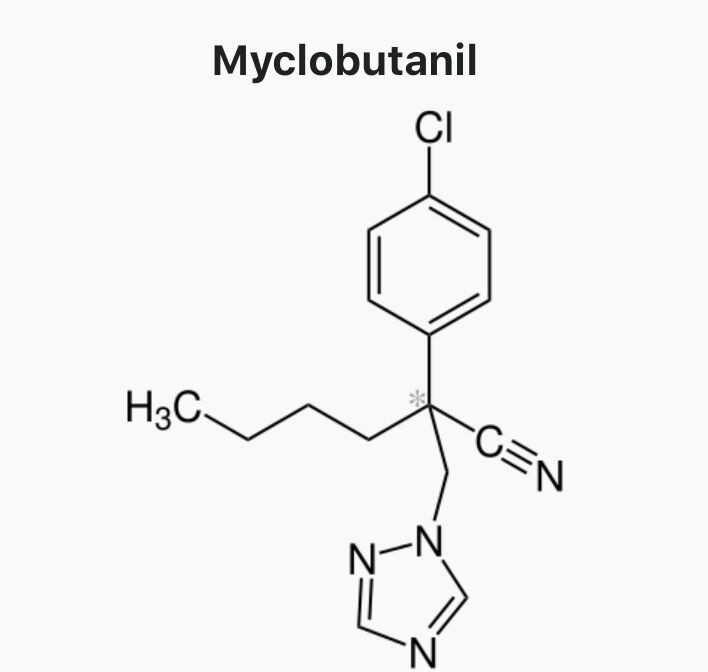 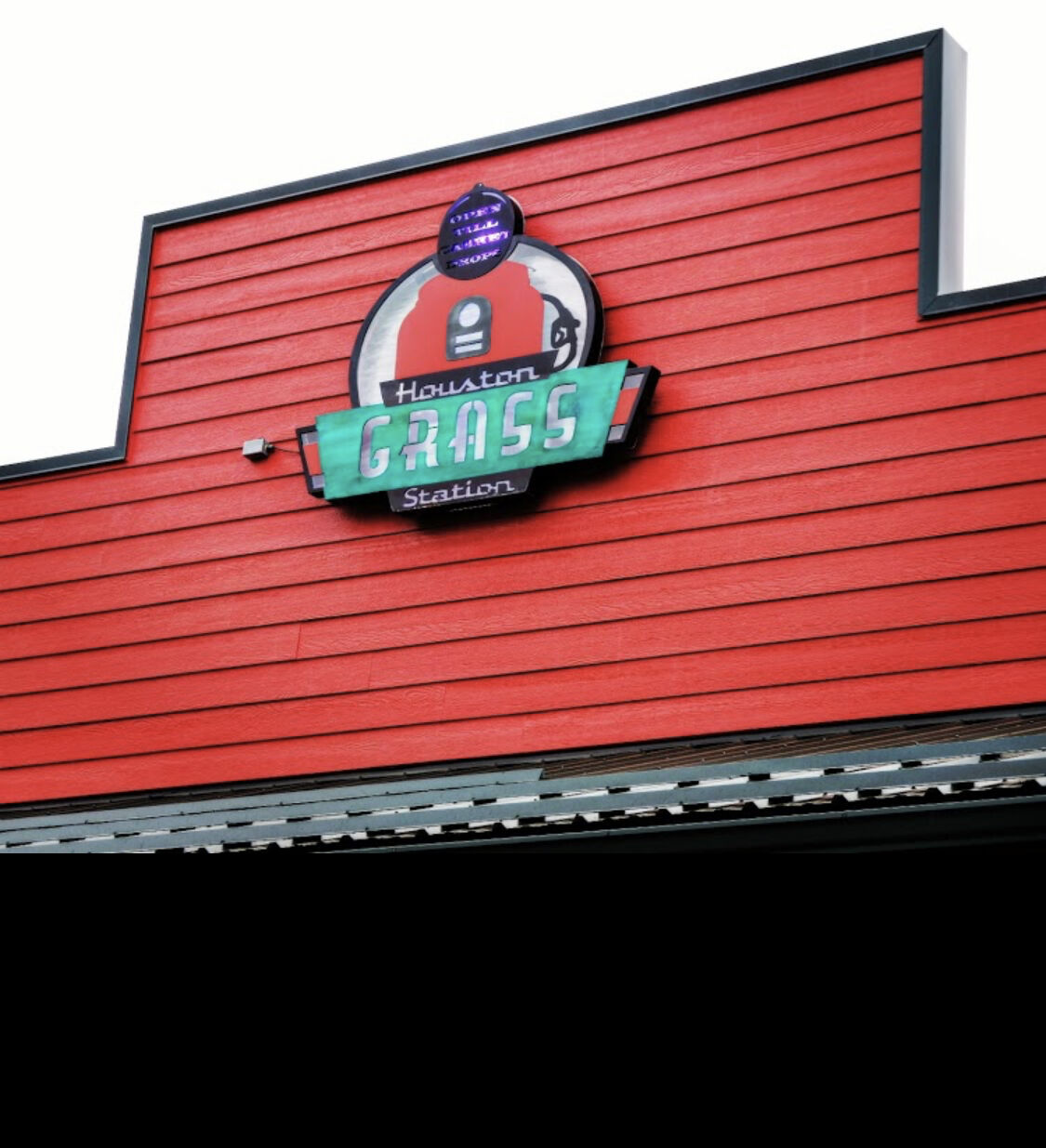 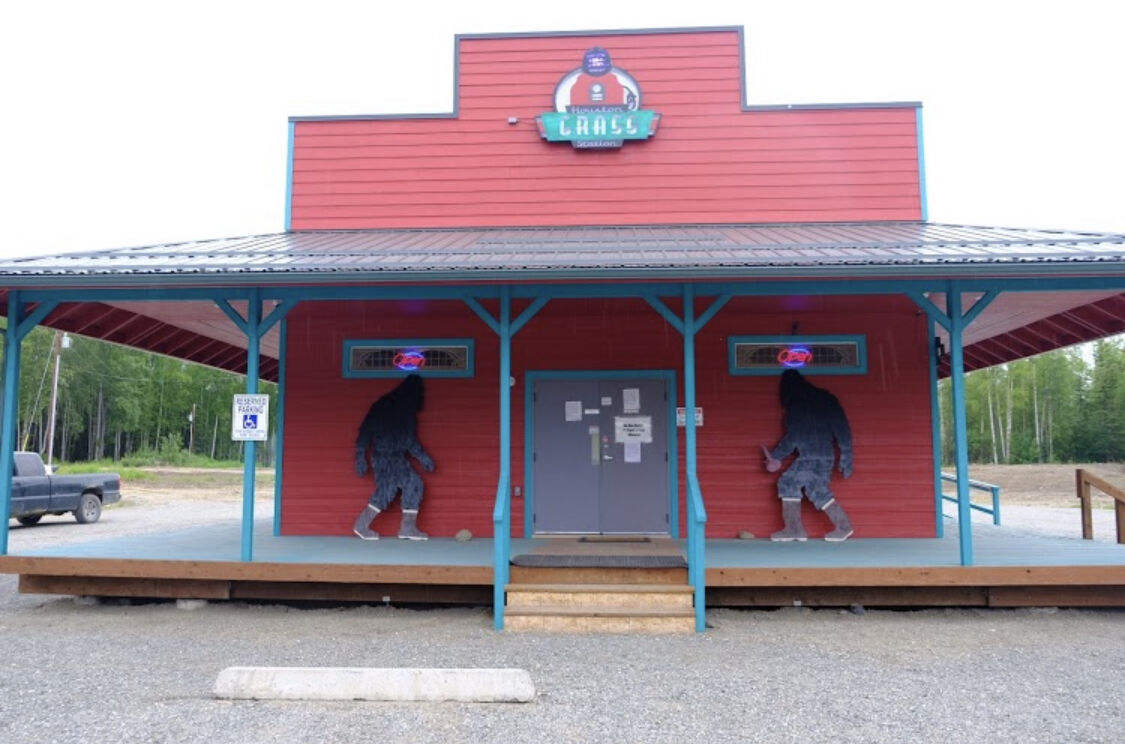 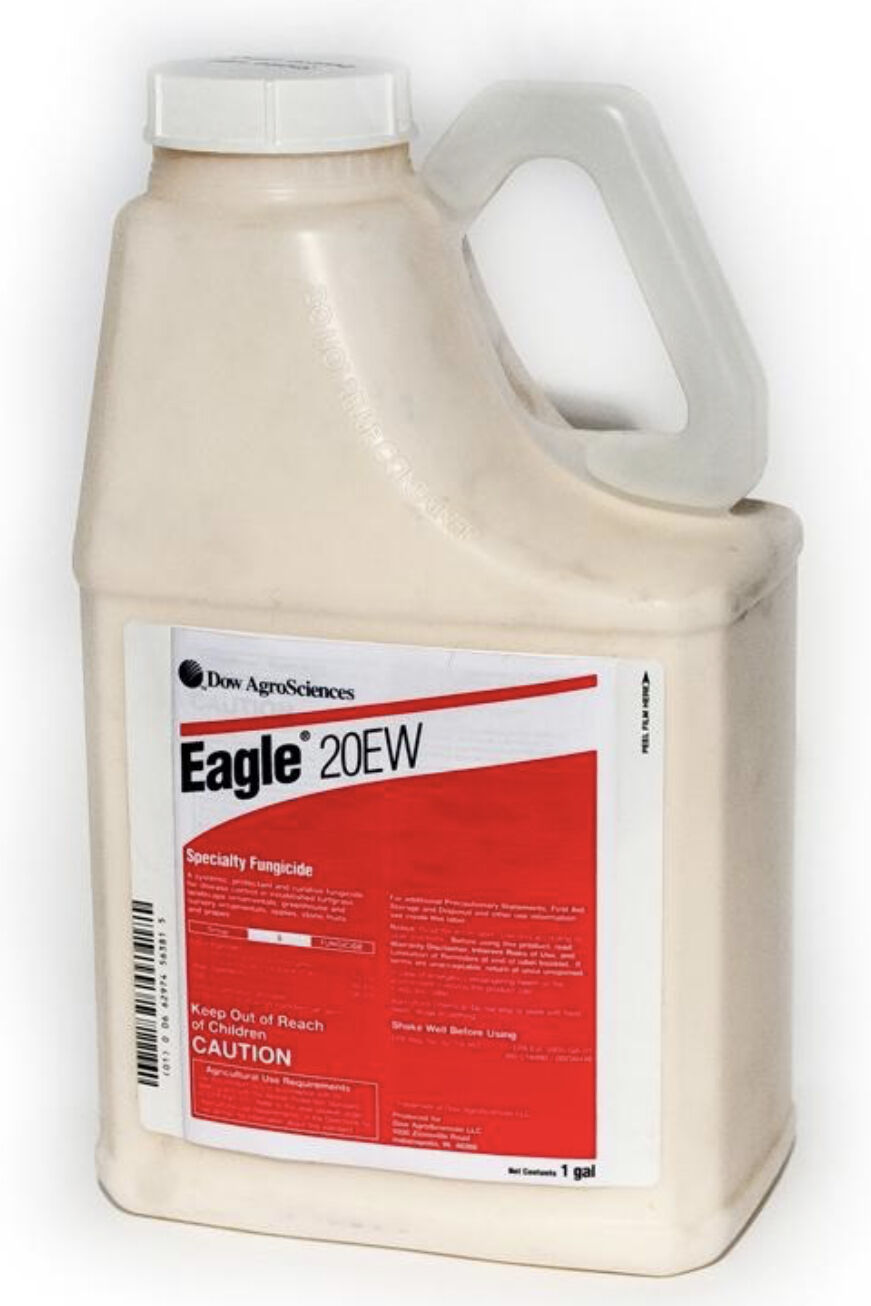 Rocky Brown was hospitalized with MRSA pneumonia, which he says came as a result of working with pesticides at Houston Grass Farm.

Ron Bass’s name has always been on the lips of the cannabis industry, especially since November 2019, when AMCO ordered every dispensary in the state to stop selling — and quarantine — any products containing cannabis grown in his cultivation, Calm N Collective.

In January 2020 AMCO asked consumers to return CNC product to retailers to be destroyed, after a test found a sample to be positive for high levels of the fungicide myclobutanil, and the insecticide cyfluthrin. Over the course of unrelated interviews I heard people talking about Bass’ employees developing health problems, and I was able to speak with Rocky Brown, a former budtender from Bass’ cannabis retail, the Houston Grass Station.

It’s my understanding you developed some health problems from the pesticide used by Calm N Collective?

Well, you know it’s hard to say whether I developed it from it or not, I mean, my doctor thinks so. It’s going to be a tough one to prove in court before I can say, ‘Yes, I did,’ you know what I mean? But it’s... I had some really bad health issues while I worked there, yes.

And that’s something you are going to court with?

Well, hopefully. I don’t know what’s going on with Ron’s case. I mean if they don’t, you know, from what I understand, he’s (Ron Bass) going around saying he’s getting, his grow’s going to be opened back soon, so evidently AMCO’s gonna let him reopen.

Huh. I had not heard that.

Um, but I did get a call from the DEC the other day. So uh, and they are obviously wanting to prosecute—

And who is the DEC?

Uh, the Department of Environmental Conservation. The feds.

Shit. So they’re not pleased with the use of uh, was it Eagle 20?

Well, yeah, I’m sure it was. Well, it was Eagle 20, but it was, probably two or three, there was stuff that came out later that said there was other things that had been sprayed in there that we didn’t even know he was, I mean, there was more. We knew he was settin’ off bombs in there and, we knew that uh, and obviously, you know, he was spraying Eagle 20.

So he was doing that personally?

No, he personally wasn’t — Ron doesn’t personally do anything. He hires people to do everything, but he knew he had a lot of employees, would spray. He went kind of outside and hired kind of laymen, to spray, kind of like, you know, somebody who wouldn’t know what they were doing, you know what I mean? They figured it out, people called him eventually, yeah, the guy. But he hired somebody that had never been in the industry before, he was a carpenter I think, some kind of construction hand, you know? Ron hired a layman and put a sprayer in his hand and a hazmat [suit] and said, we gotta spray every, you know, whenever.

And so the feds are responding to the use of those chemicals?

Oh dude, yeah, so are you aware of what it all actually does and blah blah blah?

Not really, I just heard it was, like the worst thing you could put on your plants.

It’s one of the worst things, yeah. So word is the active ingredient is called myclobutanil, and it’s used on a lot of food products, but you know in food products it’s safe. The problem is when it becomes heated. Um, when you heat myclobutanil it turns into cyanide. Literally cyanide gas, I mean that’s not even a, that’s literally what it turns into. Um, and the stuff is systemic. So it’s used to treat systemic diseases like powdered mildew and, of course really bad bugs like spider mites, et cetera. It’s, the powdery mildew, once a plant gets powdery mildew, and you pull clones off that plant, you can spray for it, you can do all these things and it looks like it’s gone, but it’s a systemic virus, it’s a systemic mildew, so once it’s in the plant, it’s in the plant, you don’t get it back out of the plant. So to combat it, guys use something like Eagle 20 to combat it because, it’s a systemic, uh, chemical, once it’s in the plant it takes. The clones will have it, like it will pass it, the chemical on, and they found extremely high amounts in what, you know—and I had been smoking that product exclusively for a year, year and a half cause I was working and hanging out with him [Ron] cause it wasn’t just a job, we were like family, we all hung out, we had dinners together. So it was pretty disturbing when we found out what he was spraying and, you know I mean we all knew he was spraying. We had heard on the weekends he wouldn’t let anybody go to the grow. Because they were, they would set bombs off you know, and I didn’t know the extent of the bombs, they’ve got lots of pesticides that are safe, you know they-

So when you say “bombs,” you’re talking about a distribution of the chemical?

Yeah, like I said, he was going, it was so bad there I guess at one time, you know I talked to Adam Hoover after the fact, and he was one of the first growers that worked with him [Ron]. he’s like, ‘When I got there the spider webs all over the plants were so bad and the powder mildew just flaked off like powdered sugar,’ like, it was horrible, he goes. He ‘had to try to do something, it’s either kill everything, burn it with fire,’ or, you know.

Right, and lose the whole crop.

Me and Nick, his other grower, we didn’t always get along. We’ve gotten along lately fine but we didn’t always see eye to eye, but he came to me one day and said, “Ron is ready to spray that shit, and I told him I wasn’t having anything to do with it,’ and I was like, ‘yeah.’ He was like ‘He’s ready to nuke ‘em, was his words.’ So he went into full nuke mode, and they did whatever they did, you know. And, after the fact, everyone was getting sick. I mean we were undermanned anyway but everybody was getting sick...

So what health problems came up with this?

Everybody was having breathing problems. Several of the trimmers, Mark and Kristy, and some of the others were complaining about the mold uh, that they couldn’t breathe and they were spraying and they were dealing with sickness like, flu-like symptoms and stuff, you know? And then after working around the retail and working around, we all were taking product home and I started, of course I was smoking a lot at the time, and I just kept going. The next thing you know, uh, I woke up one night I couldn’t breathe. It was like I was treadin’ water for, days, and couldn’t tread water anymore, you know what I mean, I was like, I’ve got to go to the hospital. And that’s when they, went and put me on a ventilator. I had MRSA pneumonia that had gone septic in my bloodstream. They were worried it got into my heart. Um, like I said, it was thirty days of infusions, I.V. infusions, I mean it was...

For thirty days, yeah. Basically in quarantine. I mean, everybody that came in the room, would come in there in a little yellow gown just to touch me and stuff. Because, you know, I was so full of it [MRSA pneumonia] and after the research and stuff I did, I mean after the fact I found out what happened, you know? Cyanide and the myclobutanil affects your immune system, so potentially I got a bacterial infection in my lungs, that’s the way my doctor explains it. I got a bacterial infection in my lungs, you know, my immune system was down, next thing you know it turns into MRSA pneumonia, and then that goes septic into my bloodstream. I mean it’s a miracle I’m still here. I almost died. And, there’s another, kinda thing going on with this. There was a kid that was up here, from Minnesota. He was underage, I guess his friends were buying cannabis from the Grass Station, I talked to his mom after the fact. She contacted me wondering about what was going on because he got sick before he left Alaska. And he got similar symptoms to what I had, he was already immunocompromised, I’m not sure what his sickness was but, he already had an immunocompromised sickness, and he ended up dying.

From very similar (symptoms), yeah, and uh, I talked to her, she talked to the same lawyer I did about you know, the lawsuit and stuff, and, you know the doctors told me it’s going to be very hard to prove exactly what happened to everybody. Because of that, you know, but, if they charge Ron, which I’m hoping they do, I’ll have a lot more legs to stand on. If they don’t — I don’t even know if the courts will prosecute. I mean they’ve already found him guilty but they don’t do...

They do nothing about it.

Right. You know? I don’t understand that.

Yeah, it definitely seems like there should be penalties for that sort of thing.

Yeah. And I know he had to pay some money or whatever but, uh, money doesn’t — my lungs are scarred for life.

So you’re going to have permanent issues because of this?

I still deal with, uh infections and things like that. Once a thing like MRSA goes septic into your bloodstream it’s not, it’s not just over. It’s been more than a year now and I still deal with things that are related to this. There’s years I won’t be getting back off my life, that’s for sure. (Laughs.)

Since Ron Bass’ weed tested positive for pesticides word has been that he lost his cultivator’s license. But I asked Ron and he said he never lost his license and never stopped growing. He followed up by saying, “Yeah, we have a crop coming out soon.”

Which leads us to questions like, when will AMCO give a shit? Are they good for anything besides inconsequential finger-wagging? Do they serve a purpose beyond collecting taxes? What can a cultivator possibly do besides be found at egregious fault for the use of unsafe chemicals on people’s cannabis, to actually experience meaningful consequences?