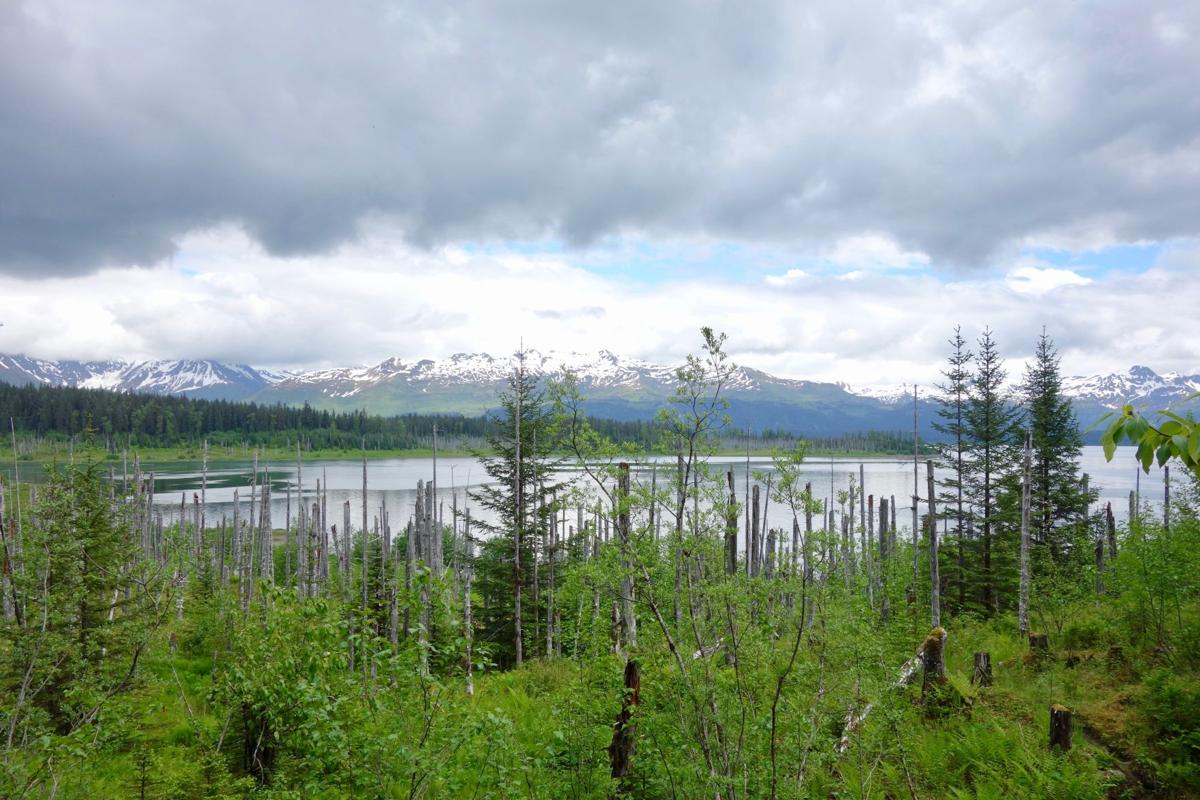 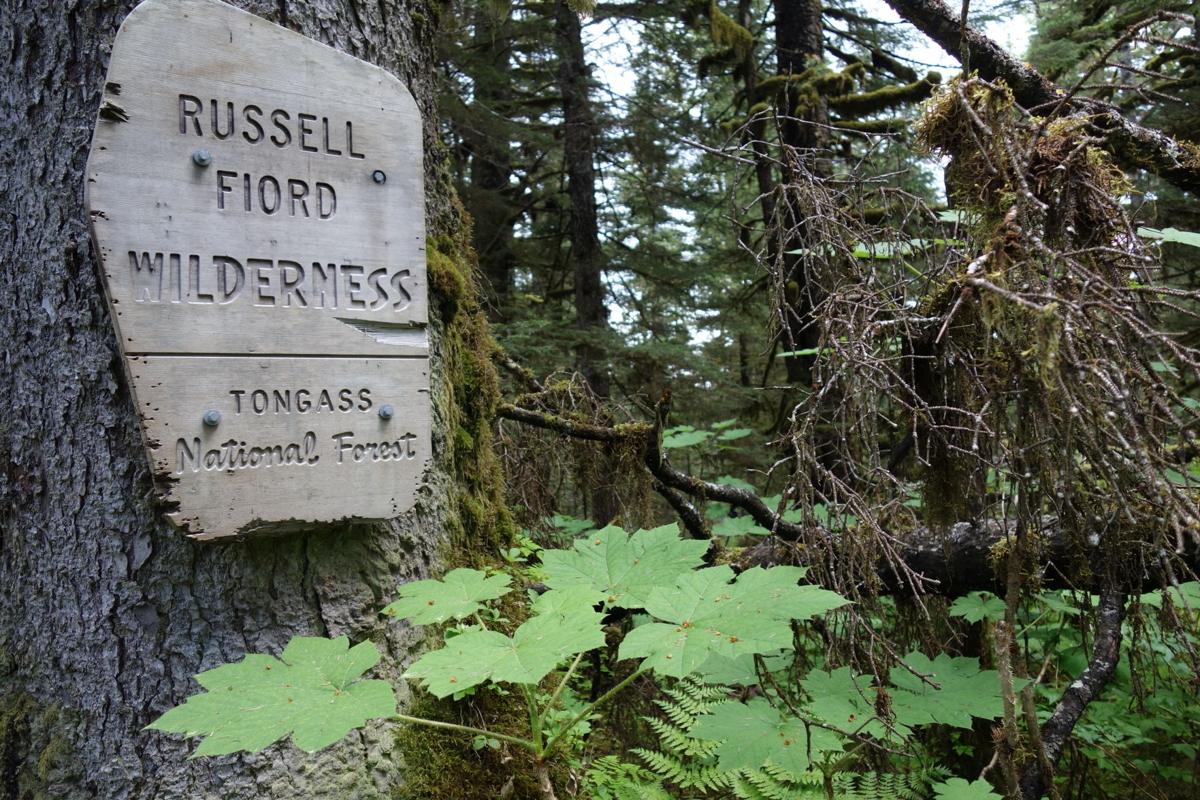 RUSSELL FJORD — Standing on this smooth gravel shoreline, 15 miles northeast of the town of Yakutat, you can tell something big happened. A forest of dead trees encircles the shoreline. The dry, bone-white stems poke from mint-green alders and willows, 100 steps from the water.

Alive since the days Natives first noticed wooden ships in Yakutat Bay, the Sitka spruce died a few decades ago, when an unseen glacier drowned them.

Hubbard Glacier is the name; 1986 was the year. That’s when the ever-advancing, 76-mile long mass of ice nosed into Gilbert Point. From June until October, the fjord lost its connection to the Pacific Ocean at Disenchantment Bay.

While the tides stopped in Russell Fjord, the meltwater from glaciers did not. During the five-month closure, water within Russell Fjord and the connected arm of Nunatak Fjord crept upward. The water rose 85 feet above the normal high-tide line. These rainforest spruce were underwater.

When the glacier stopped advancing in October 1986, moving water blew out the glacial dam and eroded a new connection between Russell Fjord and Disenchantment Bay. The same thing happened in 2002, though for three months instead of five. That time, the water did not rise as high as in 1986.

Today, Hubbard Glacier ice towers as high as a 30-story building, with a decent gap from Gilbert Point, allowing ocean waters to pass through to the fjord, the tides pushing and pulling icebergs through the canyon. Glaciologists think the glacier will one day again pinch off Russell Fjord, because Hubbard is so massive, wrapping all the way up behind Mount Logan in Canada. Regardless of how the climate warms, all that ice has to flow downhill.

The standing dead spruce on the Russell Fjord shoreline are a monument to what can happen in this big country, almost too large for comprehension.

Today, a mated pair of mergansers share this bay of the fjord with splashing Arctic terns, recently arrived from waters off Antarctica. Hummingbirds buzz the blue lupines along the shoreline, and the air smells minty from newly burst cottonwood leaves.

I hiked less than one mile from a gravel road to reach the Russell Fjord Wilderness. In one of his last acts as president in December 1980, Jimmy Carter signed the Alaska National Interest Lands Conservation Act, which protected this 348,701-acre buffer zone around Russell Fjord, along with so many other areas in the state.

The authors of the Wilderness Act of 1964, the guiding document for stewards of places like Russell Fjord (in this case managers of the Tongass National Forest), defined wilderness as “an area where the earth and community of life are untrammeled by man, where man himself is a visitor and does not remain.”

This wilderness lives up to its label. There are no boats, no passing airplanes, no plastic bottles on the beach. The moose stare at you like they’ve never seen a creature on two legs. The muddy spots on the trail feature more oval indentations of grizzly paws rather than boot prints. There is plenty of nothing in Russell Fjord, and as this visitor turned to leave, there was one less human in the wilderness area, if there were any others at all.