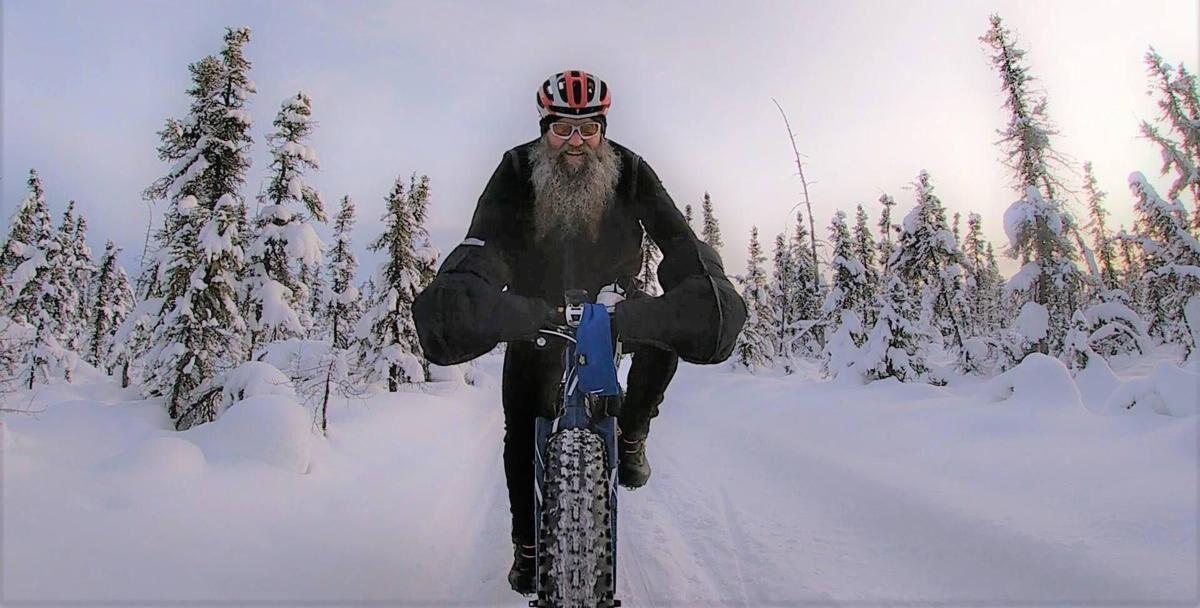 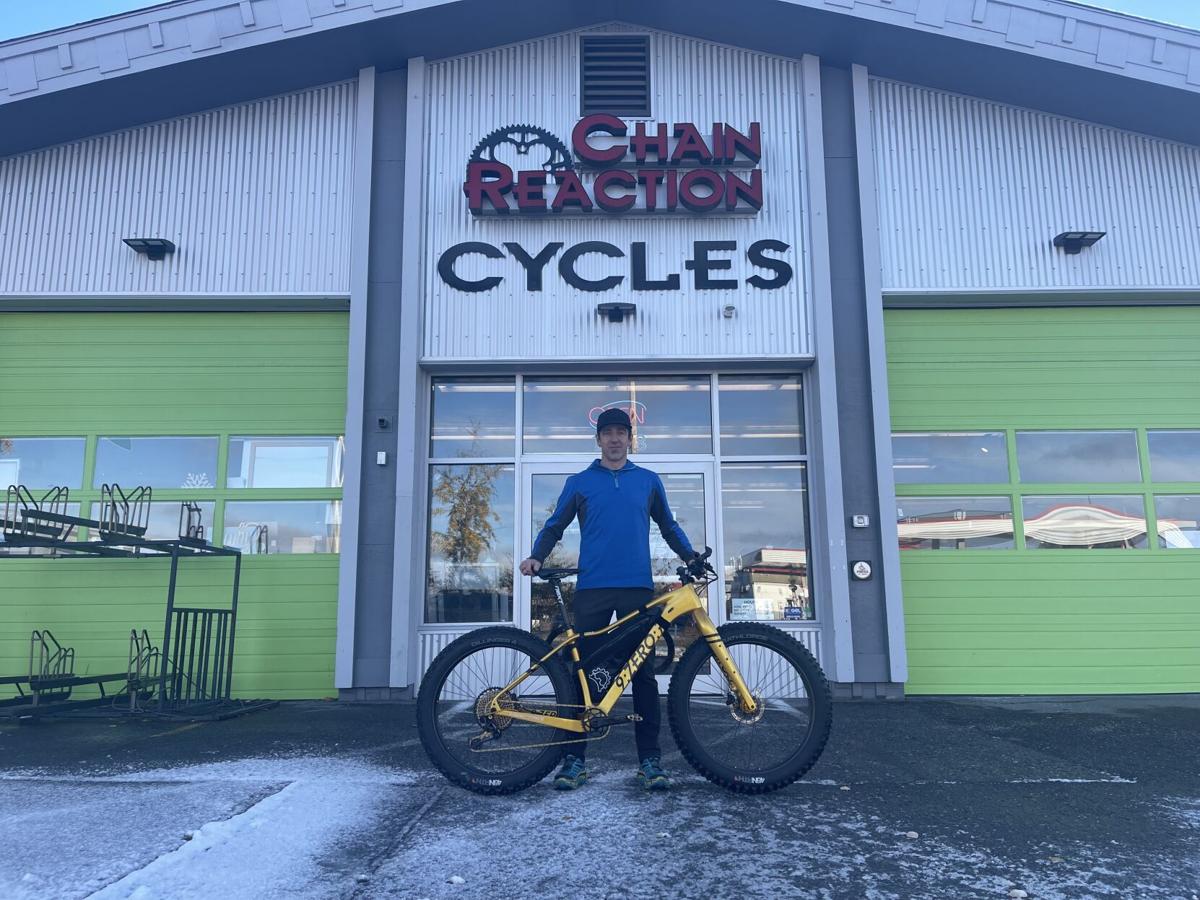 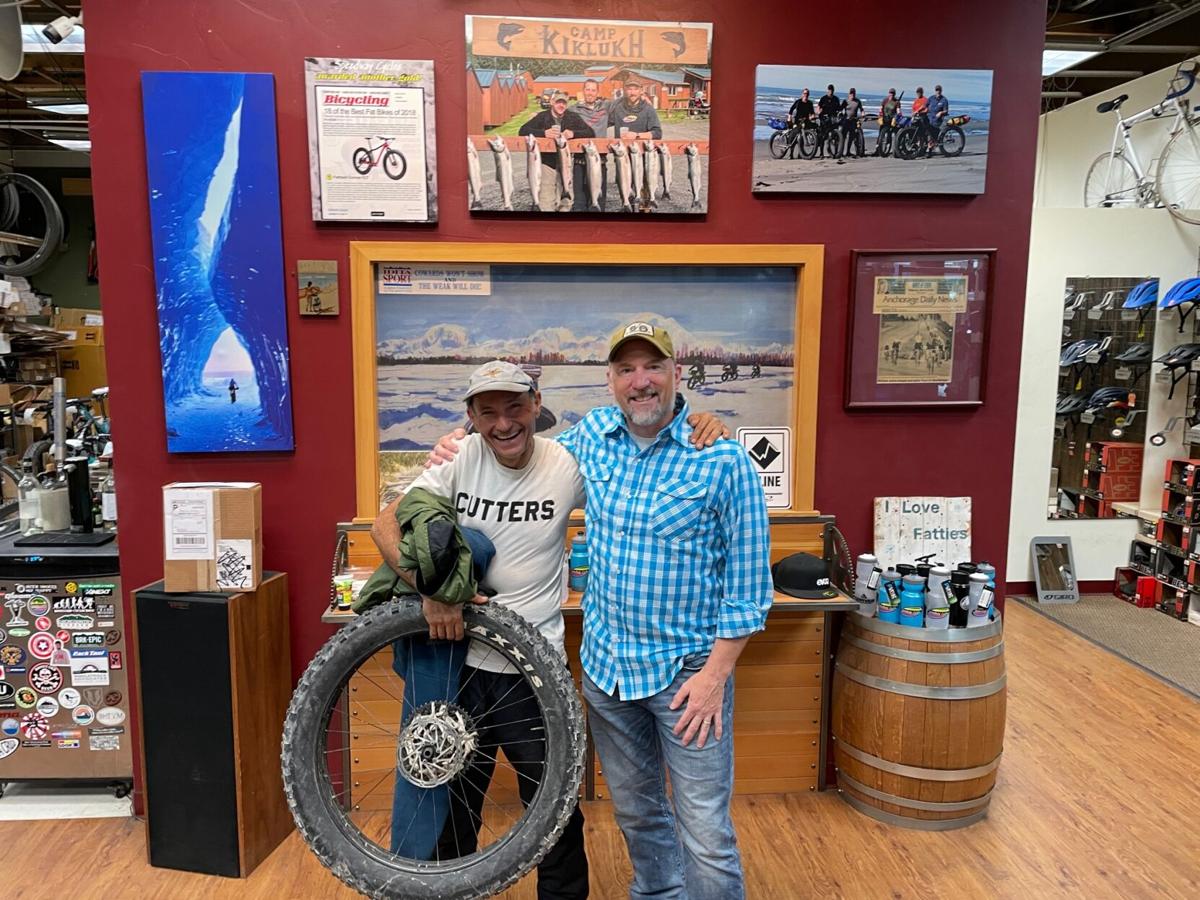 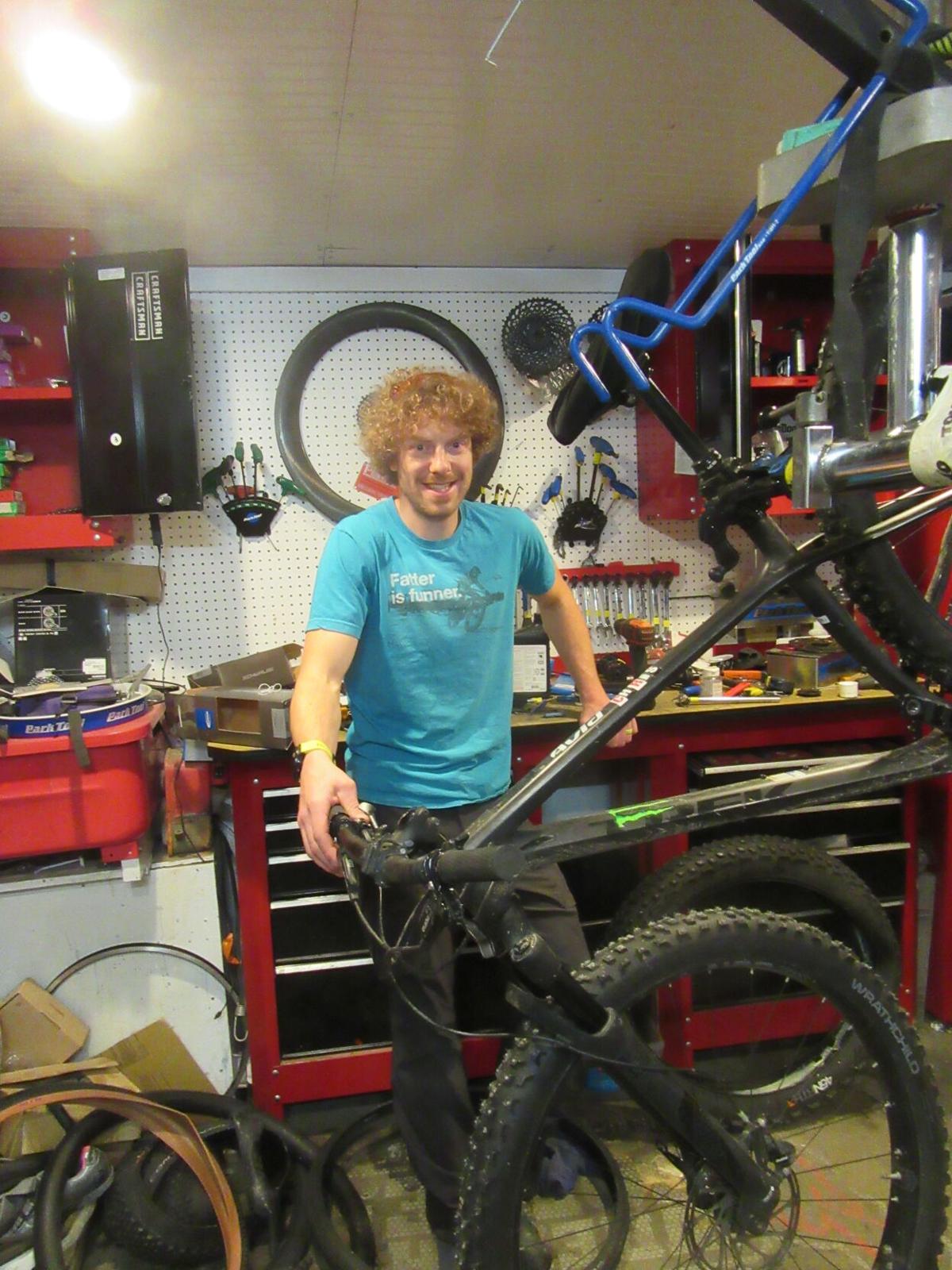 The hole I put in the tubeless tire on my fat bike was significant, and after spending an hour-and-half in my garage unsuccessfully trying to patch it, I took the rim to Goldstream Sports in Fairbanks for a new one. Tyson Flaharty, the shop manager who doubles as a mechanic, told me a new tire would be pricy, and said they would hopefully have one available in December.

I’d just switched to fat rims and was looking forward to months of winter trail riding. Instead I’d been brought to a halt by the Everything Shortage, the massive reduction in everything that’s been caused by materials shortages, factory shutdowns, shipping delays, port backups, and other snags that can be mostly blamed on the Covid-19 pandemic. Formerly dependable supply chains are crippled, and bike shops are getting clobbered.

“It’s triage every day is how I describe it,” said Greg Matyas, owner of Speedway Cycles in Anchorage, as well as fat bike maker Corvus Cycles, formerly known as Fatback. “You’re only as strong as your weakest link. If you don’t have wheels or tires or chains or cassettes, you can’t go online and find them. They’re not there.”

Fat bikes have grown tremendously popular with Alaskans over the past decade, and the pandemic has increased demand. “We’ve had more interest in bikes in the past couple years than we’ve had in the last several years,” said Jeff Gilmore, bike shop and service manager at Beaver Sports in Fairbanks. “Because people want to get outside and do stuff by themselves or with a few friends, but not big groups of people.”

Beaver carries Corvus bikes, so Matyas is a link in their supply chain. And Matyas is having his operation hampered by the aluminum shortage, which impacts frame production. Carbon has been easier to come by, Matyas told me, but when an order of frames does leave the factory, new costs pile on. “We’ve seen a close to 400% increase to ship a container from Taiwan to the U.S. You can’t eat those kinds of increases.”

“The bike industry...we’ve never seen anything like this before,” James Stull told me. Stull owns Chain Reaction Cycles in Anchorage, and fat bike maker 9:ZERO:7. He told me the company is doing OK with frames, but they’re also hitting the component bottleneck. “We’re waiting on GX derailleurs, probably in another week or so we’ll have those.”

“Bikes are a business where there’s so many different things you have to carry, especially in the last fifteen or twenty years, that a lot of us have shifted to an on-demand ordering,” Mark Beeson co-owner and purchasing manager of Beemun’s Bike and Ski Loft in Soldotna said. This worked until it didn’t. Beeson’s having to explain to customers that their best bet right now is to order bikes in advance, something all the shops are doing. And down payments are advised “We’re just trying to be honest with folks,” he said. “Giving them an understanding of what the timeline looks like and how it’s been pretty variable.”

It’s what every shop I spoke with is doing as the snow begins falling and winter trails beckon. “Most consumers are pretty good,” Stull said, echoing others I spoke with. “I think at this point it’s not a surprise to people.”

All the shops expect to have bikes on their sales floors by December at the latest, but for those that build them onsite, the headaches will continue. Goldstream in Fairbanks carries 9:ZERO:7 bikes, and Stull said he told Flaharty, “if you guys have chains, then we’ll have bikes for you.”

This is a problem, Flaharty said. “12 speed chains are looking real bad. All the new bikes are 12 speed, so all the new fat bikes this winter, basically, are needing this chain. I’ve got a pile coming in in November. Maybe.”

Flaharty said in a pinch he’s ordered parts at retail prices from as far away as Europe, and routinely checks Amazon and other outlets when he can’t get something from a supplier. He’s also on item watch lists. When a supplier gets something in stock, he gets an email. He ordered handlebars from home after receiving email notification recently, he said. “If I’m sitting on my computer and that email comes in, I have to order it right then or I’m not going to have any.”

Flaharty said there’s been a tendency for shops to grab whatever they can get. “Everyone would be better off if you just took what you needed, but that’s not how it goes. We get stuck in it to.”

Matyas called it the toilet paper mentality, recalling empty grocery store shelves in 2020 that were cleared out by overly-concerned consumers buying more than they needed in anticipation of shortages, creating the very scarcity they feared. Shops are competing against each other for supplies. So even when vital components are ordered, delivery times aren’t guaranteed. “You might have a confirmed P.O., but it doesn’t mean anything until you have the product. There’s nothing you can do about it.”

For riders and shops, meanwhile, rentals and repairs are filing the void. Gilmore said said his longtime mechanic Brian Barber been able to upgrade old bikes for customers, and even then it can be costly and entail delays when multiple components need replacing. But for some it’s been the only option “We can usually make it work, but sometimes it’s not easy.”

Flaharty is fighting the same battle. “It’s kind of this rolling process of watching E.T.A.s and hoping I have enough, and a little bit of just winging it and hoping I get lucky. And once in a while there’s that ‘oh crap’ moment. I don’t have this part and I can’t get it.”

Bike mechanics tend to be good improvisors, and Flaharty is no exception. Lacking a new tire to sell me, he took my damaged one home, sewed the rip up, applied sealant and a patch, and had me riding again the next day. “Fortunately there’s not a lot of problems like yours,” he told me.

“It’s been stressful for everyone in the bike industry,” Matyas said. Recently he’s found himself placing orders for as far out as 2024 to keep his businesses supplied. “I don’t see any of this changing much in the next eighteen to twenty-four months,” he concluded.