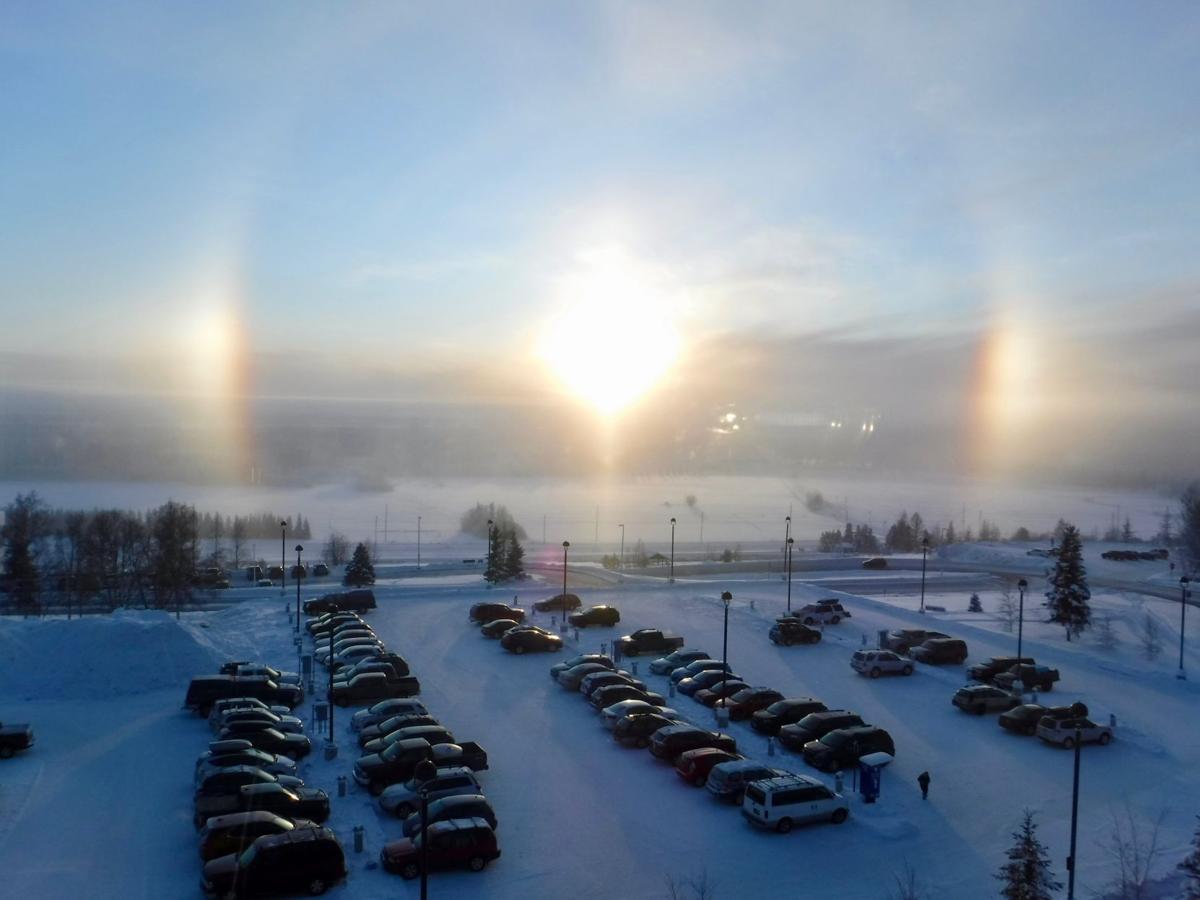 Sundogs seen from the University of Alaska Fairbanks campus on January 23, 2020. Photo by Ned Rozell. 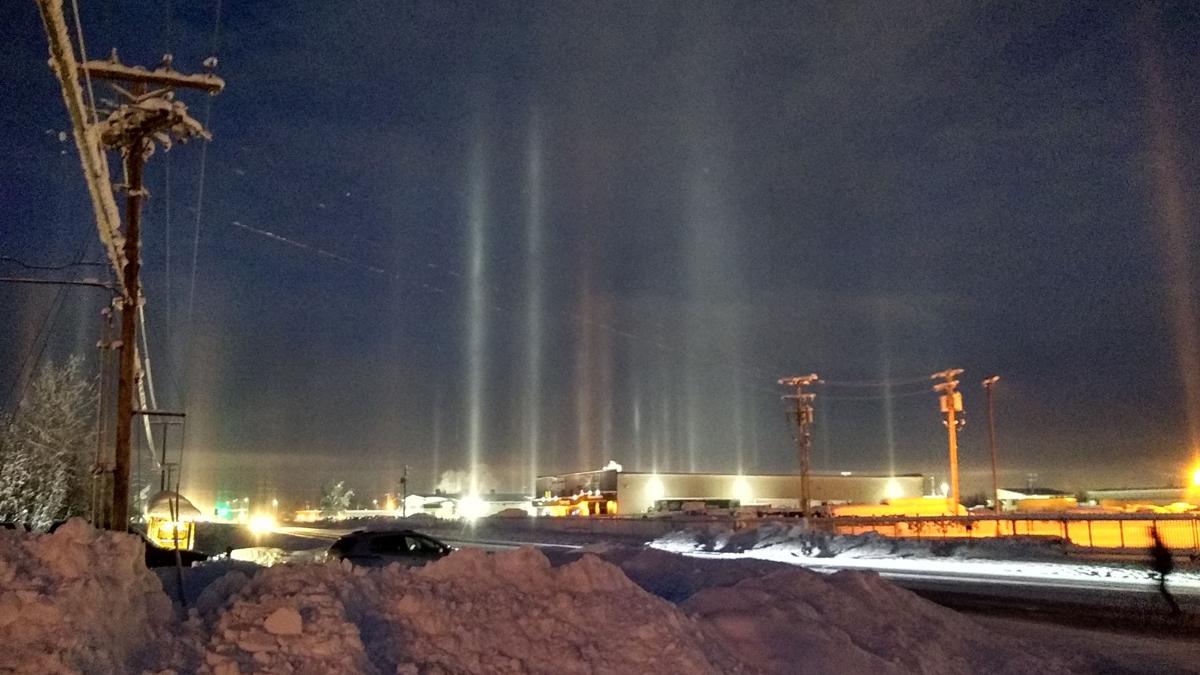 Sundogs seen from the University of Alaska Fairbanks campus on January 23, 2020. Photo by Ned Rozell.

Fairbanks’s recent mornings in the minus 30s Fahrenheit may be extending local residents’ winter fatigue, but there are some rewards that come with cold, clear skies.

Sundogs are two colorful bursts of light that appear on either side of the sun. Besides spicing up the skyscape, sundogs indicate the presence of falling ice crystals, which also form halos around the sun and moon. The ice crystals falling through the Alaska air, known as diamond dust, also create pillars of light that extend upward from outdoor lights and sometimes downward from the sun.

Sundogs form when ice crystals act as a prism, according to writers of the text Meteorology Today. Ice crystals sometimes take on flat, hexagonal shapes, looking like microscopic stop signs.

The six-sided, platelike ice crystals sometimes fall with their flat surfaces parallel to the earth. Sundogs become visible if the crystals fall when the sun is low on the horizon and both the viewer and ice crystals are on the same horizontal plane as the sun.

Just as white light bends when it passes through a glass prism, the ice crystals bend sunlight so it separates into different colors. Sundogs usually feature red closest to the sun and blue on the outside.

People have also called sundogs mock suns. The Greeks called them “parhelia,” meaning “with the sun.”

Halos surrounding the sun or the moon are indicative of slightly different forms of ice crystals, those within high cirrus clouds about 30,000 feet high. Instead of tiny stop signs, ice crystals sometimes take the form of Ticonderoga pencils: still six-sided, but long rather than flat.

Sunlight passing through these crystals is once again bent, forming a halo surrounding the sun or moon at an angle of about 22 degrees. Former Geophysical Institute Professor of Physics Glenn Shaw said the old tale that a ring around the moon signals approaching bad weather was true: high-altitude, thin cirrus clouds can precede a storm front by one or two days.

A third light show caused by ice crystals is a pillar of light extending upward from outdoor lights or downward from the sun. While sundogs and halos are caused by ice crystals bending light, pillars are caused by light reflecting off ice crystals. As either pencil- or stop-sign shaped crystals fall, they sometimes waft down like falling leaves, allowing light to reflect off their flat undersides. This collective reflection sometimes appears as a spotlight beam above or below any bright light source — the sun, the moon, streetlights or car headlights.