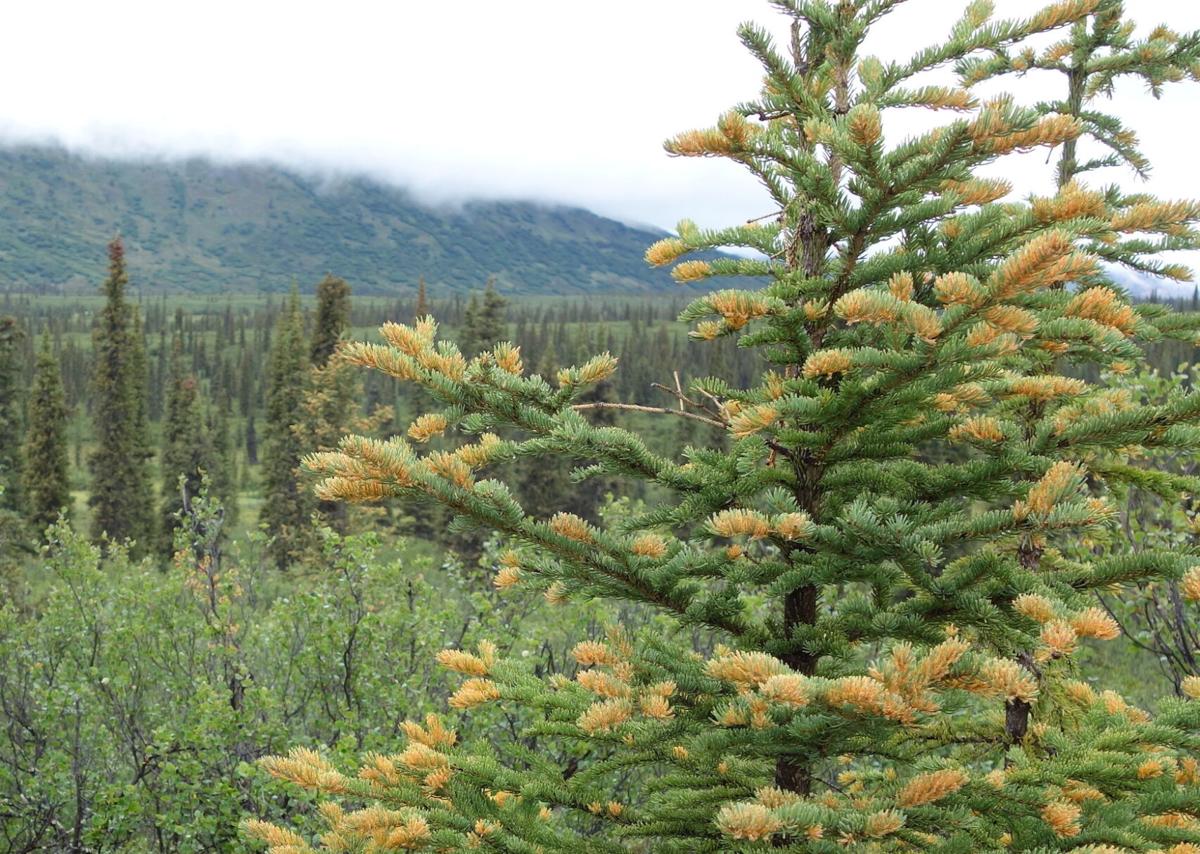 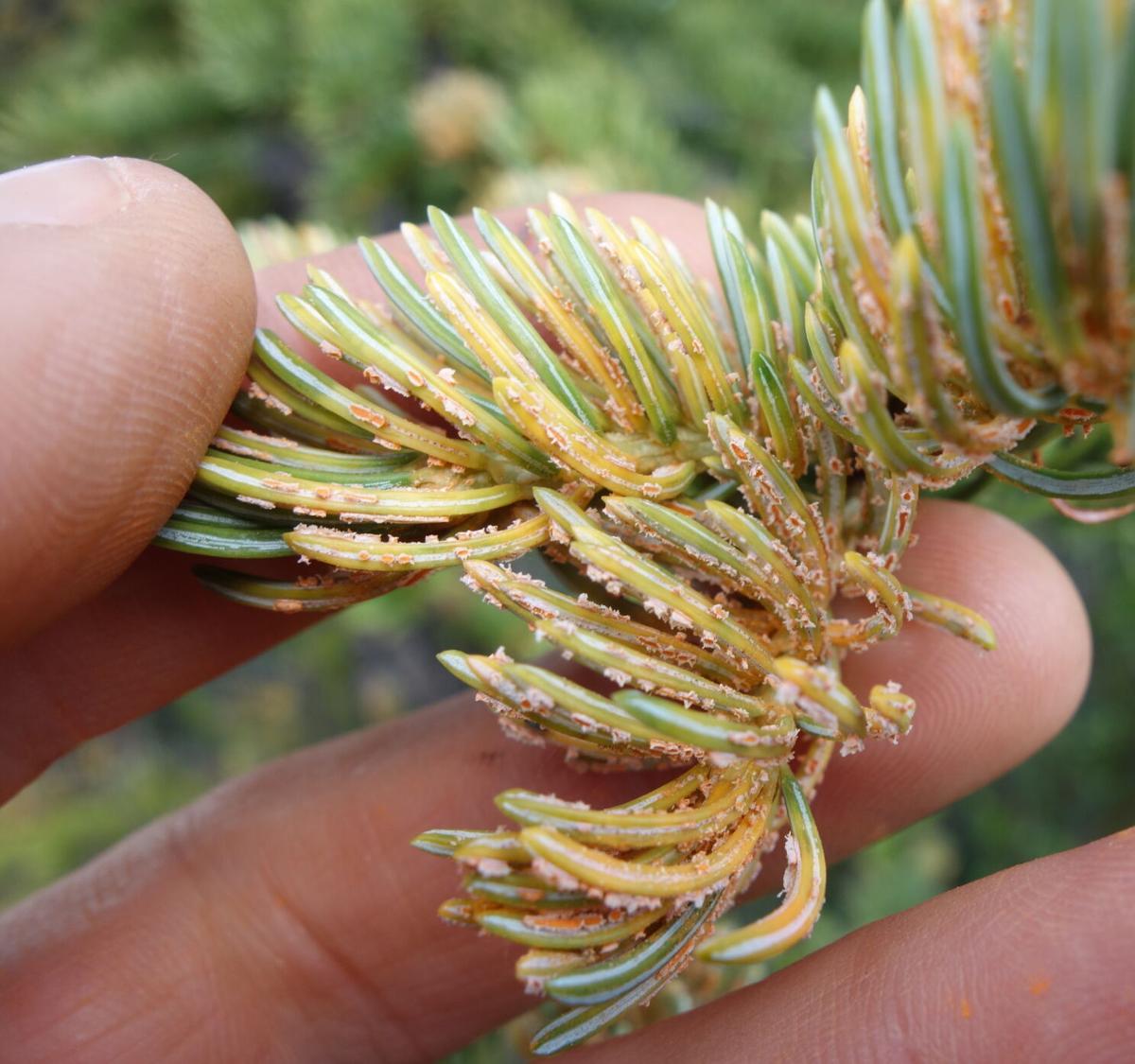 While wandering middle Alaska this summer, I noticed orange spruce trees along the entire length of the Denali Highway, from Paxson to Cantwell. In what looked like a dendrological case of frostbite, tips of every branch were afflicted with something.

The real show happened when the wind blew: An entire valley glowed apricot. After the wind died, a Tang-like orange powder floated on rivers and puddles. It was as if someone had pepper-sprayed the Denali Highway.

I suspected an insect outbreak — maybe the orange dust was millions of little eggs laid on spruce branches — but insect expert Derek Sikes of the University of Alaska Museum of the North said bugs were not to blame.

It was a tree disease known as spruce needle rust, which infects only the current year’s needles of white, black and Sitka spruce trees.

The orange powder is composed of millions of tiny spores, which the rust fungus uses to reproduce. Paul Hennon, an expert on forest diseases, wrote about spruce needle rust fungus in a 2001 bulletin for the Alaska branch of the USDA Forest Service.

Those orange spores rely on the wind to spread them to another organism, Labrador tea. The spores need the other plant to complete the spruce needle rust fungus’s life cycle.

Labrador tea emits a smell of turpentine when you walk through it. The knee-high plant is the “alternative host” for the spruce tree rust fungus. Spruce trees and Labrador tea plants are two life forms the fungus cannot do without.

Here’s the part of the life cycle I witnessed: Liberated by wind from spruce needles, some lucky spores land on Labrador tea leaves.

There, those particles generate other spores, which also settle on top of Labrador tea leaves. These new specks spread to the leaves of neighboring Labrador tea plants. The rust fungus then settles down, overwintering on the leaves.

Next spring, another type of spore will morph from the ones that survived the winter on the surface of Labrador tea leaves. The new spores will perhaps catch a favorable wind to infect the emerging, succulent needles of spruce trees.

This interesting life form that enlists two others for its survival had optimal conditions — wet and cool — in summer 2020.

While the rust fungus inhibits the work of new spruce needles — which produces the sugars that feed the tree — the fungus does not kill them. Hennon wrote that the damage to trees is mostly cosmetic, and Alaska foresters have noticed that outbreaks rarely last more than a few years.