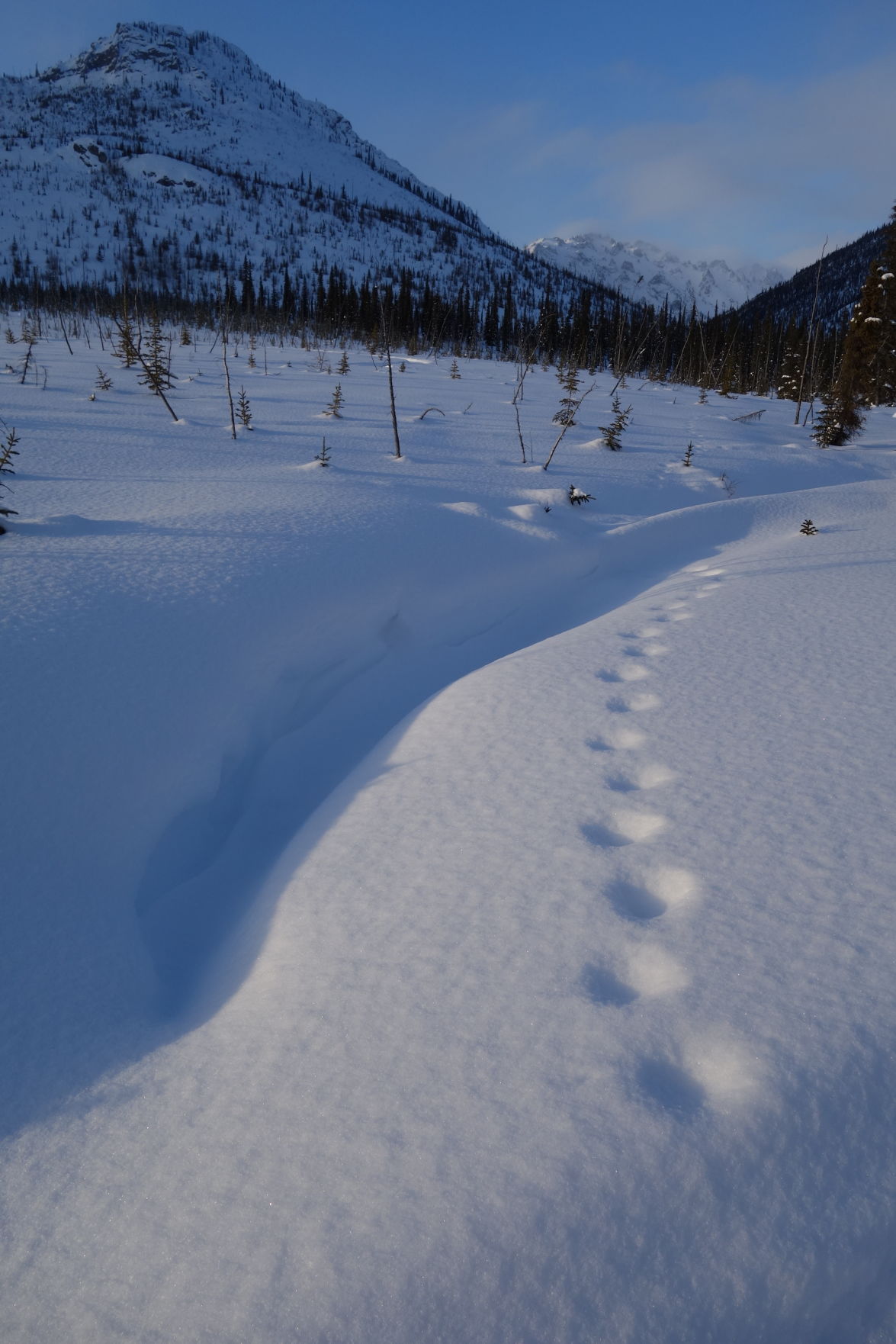 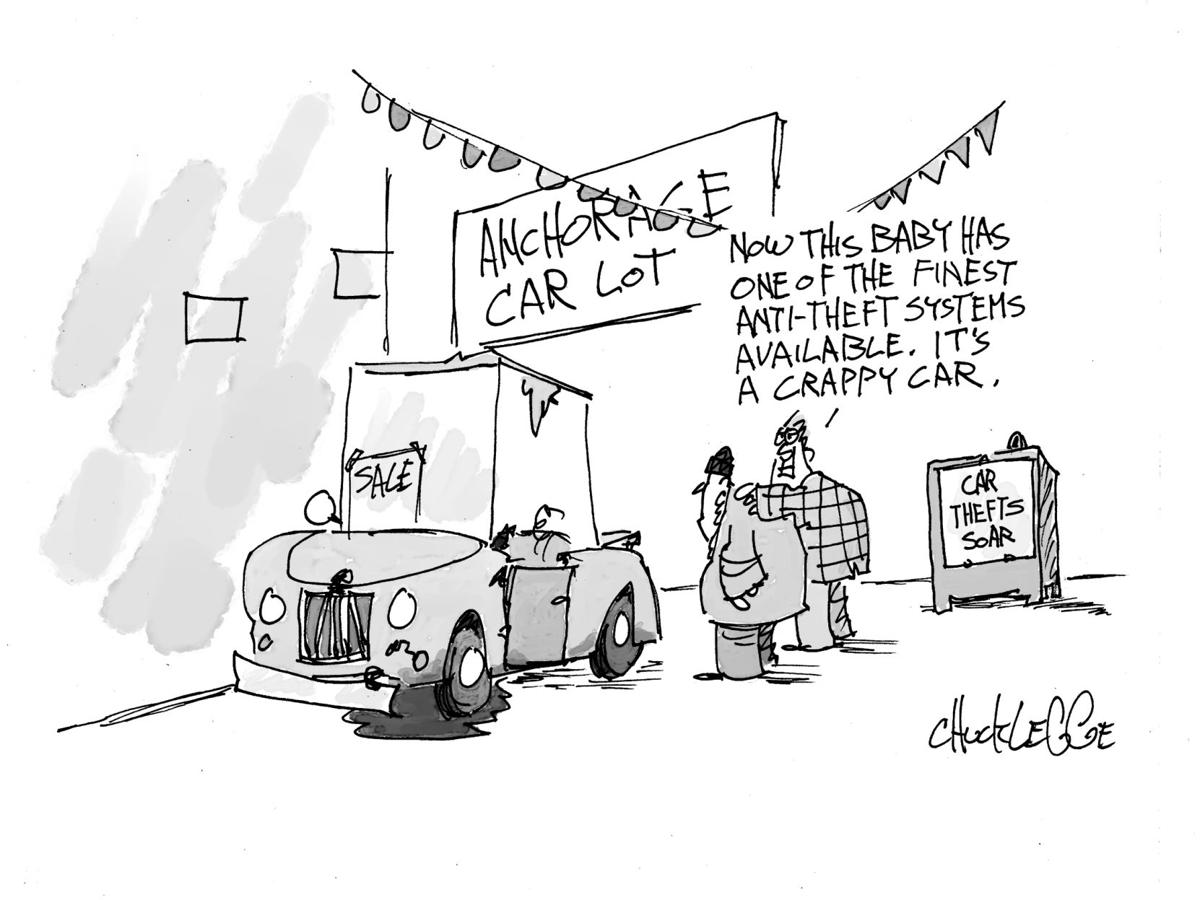 With a whisper, middle Alaska is undergoing its biggest change of the year.

Billions of snowflakes waft to the dark, wet ground, linking their spiky, broken arms as they collide, settling into a white cushion.

The great albedo change of 2019 might be here. Snow is covering this part of Alaska that gets coldest in winter and warmest in summer, driving it toward the former.

Albedo is a term regarding how much solar radiation a surface bounces back into space. Snow cover encourages colder air temperatures by reflecting the sun’s rays, not letting the dusky ground absorb warmth.

With all the warmth-driven changes to Alaska in the news, this right-on-time snow coverage is comforting, even though we tend to find most changes uncomfortable. A snow-covered landscape feels normal at a time when abnormal crashes the party more and more often.

Here in Fairbanks, this October day has been just cold enough (31 degrees F) to make the precipitation fall as snow rather than rain. The cooling power of a suddenly white world is best felt in a year like 1992, when a foot of snow fell on Fairbanks in mid-September. That persistent coating rejected sunlight so well that low temperatures by the end of that month got down into the single digits Fahrenheit.

Autumn warmth might return if this snow turns to rain, or if a Chinook wind eats all the white, but I am rooting against that. Studying recent warming air temperatures all over the state, scientists have noted that, when compared to the late 1990s, Alaska’s present-day snowpack develops a week later in autumn and melts almost two weeks earlier in the spring. The average date more than one inch of snow endures at Fairbanks International Airport is October 16. That’s also the average date Anchorage receives its first measureable snowfall of 0.1 inches or more.

As I typed this, hour after hour, flake by flake, the ground became cleaner and colder and held the delicate, sharp-edged prints of fox feet. Thoughts drifted to skis, bases still coated with yellow spruce pollen, and blue-tarped snowmachines that will soon have a clean, white ramp to roll upon, leaving behind a short trail of dirt and dry Labrador tea leaves.

Plastic bags launched from the back of pickup trucks will overwinter beneath the snow, indifferent to its magic ability to keep things warm. How warm? A graduate student who monitored the forest-floor next to a hibernating wood frog found that while the air temperature a few feet above the frog dropped to minus 40 F, the temperature that frog experienced under the blanket of snow was above zero.

That difference of 40 degrees is significant in the life of voles and shrews and insects and plants. Those organisms can survive bitter cold with the help of these collected flakes that trap air better than fiberglass insulation, spray foam or any other clever manmade alternative. Snow slows the release of Earth’s heat that the sun recharged in summer. All sorts of living things, including humans with buried water pipes, leverage the power of that natural, white blanket.

Snow also makes for a quieter world. Spruce trees, chief residents of the boreal forest stretching from Alaska to the Atlantic Ocean, hold loaves of snow on branches too numerous to count. These suspended cushions sponge up sound waves.

One pleasant noise that penetrates downward is the honks of tundra swans. It is always a surprise in mid-to-late October to hear the last of Alaska’s migrating birds heading toward Saskatchewan farm fields.

Sometimes, squinting upward through falling flakes, you see flashes of a V formation, pointed out of Alaska. The swans will not return from their ultimate destinations in northern California and Oregon until next April, when these crystals dissolve in the sunshine.