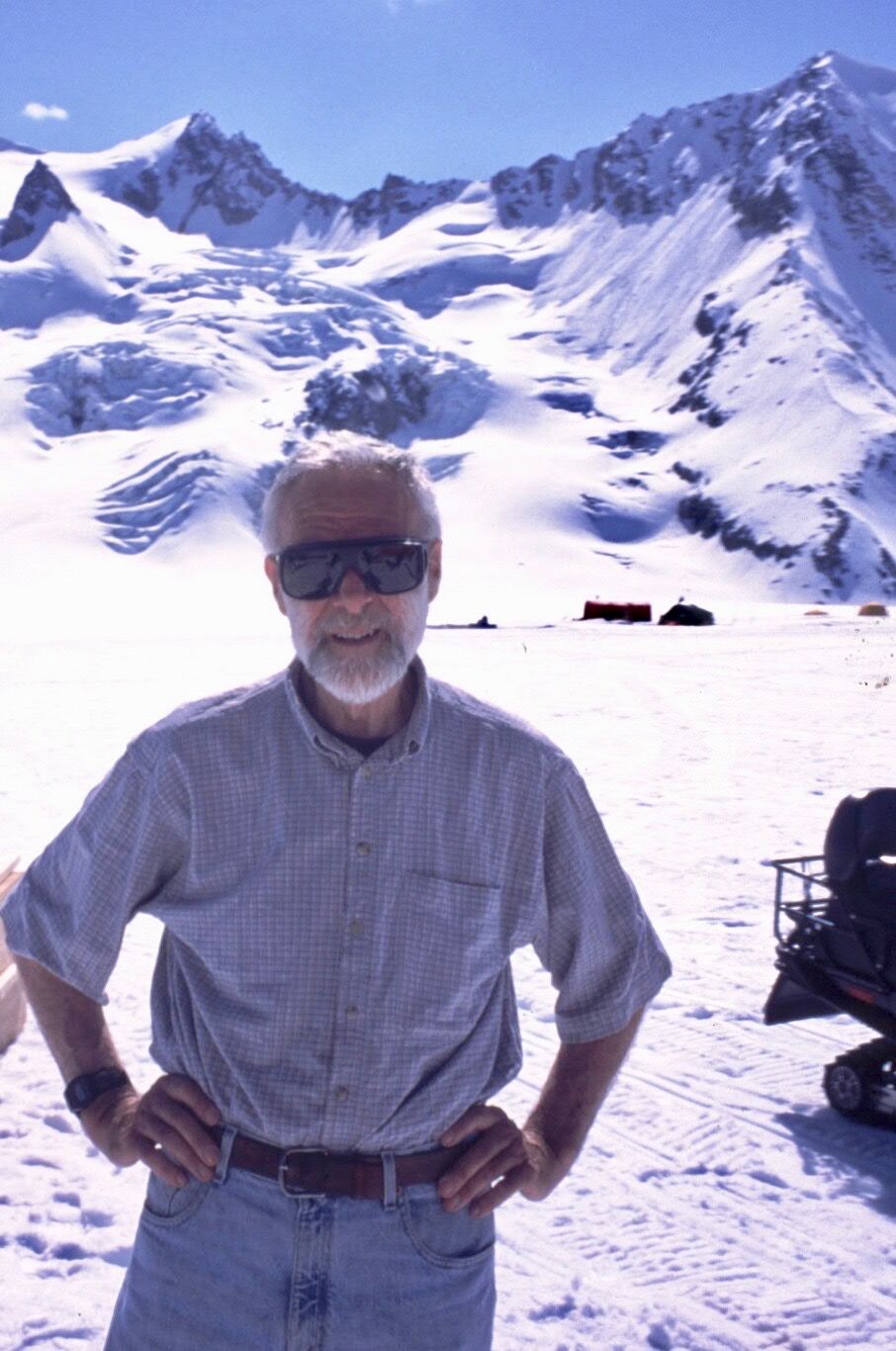 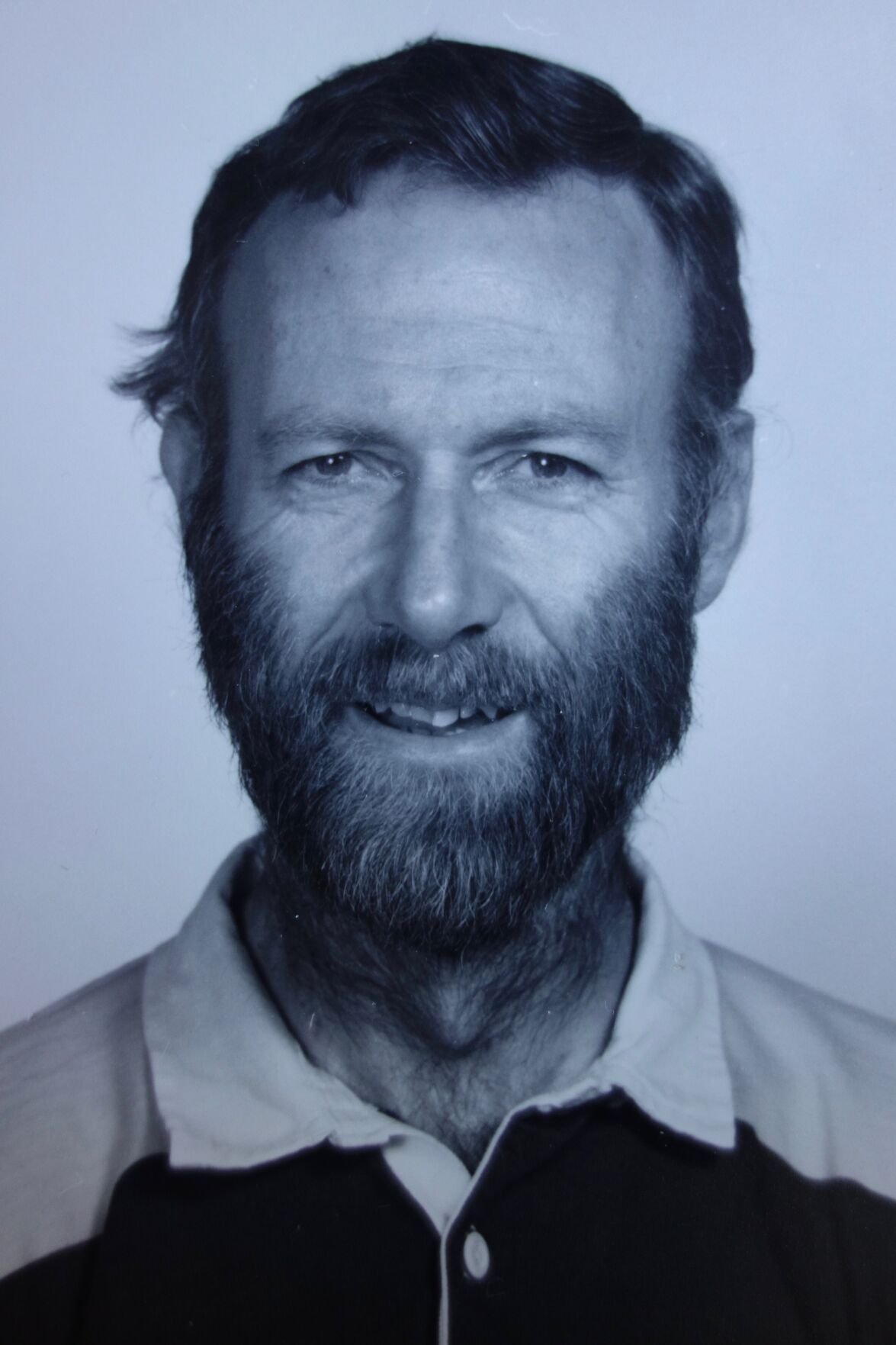 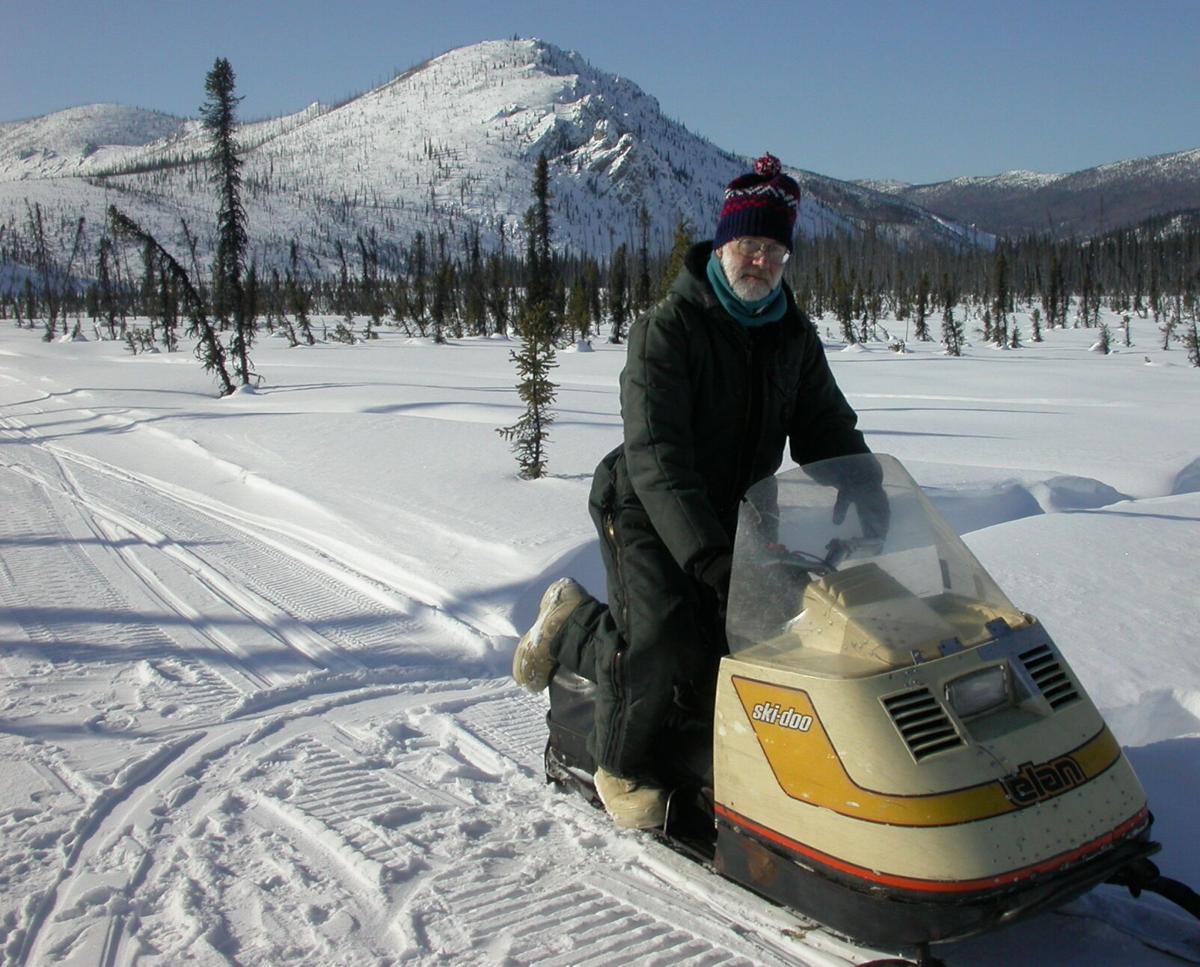 Will Harrison in the White Mountains National Recreation Area in 2005. Photo by Ned Rozell. 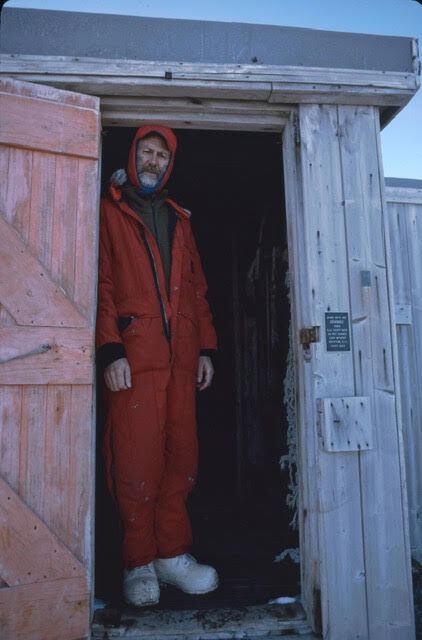 Glaciologist Will Harrison in Antarctica. Photo by Chris Larsen.

Will Harrison, who knew the world’s bumpy plains of ice as well as his old neighborhood in Saint John, New Brunswick, has died. He was 84.

From his arrival at the Geophysical Institute at the University of Alaska Fairbanks in January 1972, the Canada-born Harrison mapped out and executed studies of glaciers from Antarctica to Greenland. He and his charges measured and reported great changes before they became obvious.

Though everyone today seems to know that glaciers worldwide are losing incredible mass, Harrison was coauthor on a 2002 study in the journal Science that was one of the early alarm bells.

Harrison’s team at the Geophysical Institute used a laser system mounted in the belly of an aircraft to show how Alaska glaciers were dumping more meltwater in the ocean than the much-larger Greenland ice sheet. In that study, the researchers showed that Alaska glaciers alone had raised global sea level one-quarter inch in 60 years.

Harrison earned a doctorate degree at the California Institute of Technology in nuclear physics. During postdoctoral work at the University of Minnesota, he met geologists, joining them on trips over snow and ice. He soon joined an expedition up Mt. Logan — Canada’s highest peak at 17,220 feet — to commemorate Canada’s centennial in 1967.

“Mountain glaciers had a grip on him,” his friend and Geophysical Institute snow and ice expert Carl Benson said, describing Harrison’s sudden switch from nuclear to glacier physics.

“He realized guys were getting paid for what he did for fun,” his wife Anne said.

After his arrival in Fairbanks, Harrison became fascinated with “surging” glaciers, which rumble forward with unusual quickness after decades of being slow and sluggish. He spent many days on Variegated Glacier near Yakutat, and started a measuring program that continues today on Black Rapids Glacier, south of Delta Junction.

His name lives on in a fin of ice rising from western Antarctica known as Harrison Ice Ridge, and cemented-in survey points in Alaska Range mountains above Black Rapids Glacier. There, “Will’s Ear” commemorates when he slung a bag of cement over his shoulder and the dust leaked into his ear.

Having shared an office complex with him at the Geophysical Institute, I remember a tall, funny guy who would gently ask me if I meant to end that sentence with a preposition.

Here are some words from his friends and colleagues:

Glaciologist Martin Truffer, who earned his Ph.D. with Harrison and carries on a few of Harrison’s studies today:

“(Will and his wife Anne) are very close to my parents' age, so somehow they just became my Alaska parents. That definitely became the case once we had kids; Will and Anne were their Alaskan grandparents, and they always were fond of visiting, or of going down to the Tanana (River) and roasting some sausages.

“He and Keith (Echelmeyer, also of the Geophysical Institute, the dynamic pilot who preceded him in death by a decade) were a real power team. With their projects in Alaska, Greenland, and Antarctica they tackled some of the biggest glaciological questions of the time. They complemented each other well — Keith was definitely more energetic and restless, and Will more thoughtful and careful. If you know German literature, Keith would be young Goethe and Will the older, wiser Goethe.”

Dale Pomraning, do-all fieldhand who accompanies Geophysical Institute scientists all over the world:

“I quickly learned that every time I was designing ice-drilling equipment that I had to have three plans in mind and thought out, because Will would ask about three different scenarios every time. And he was right there helping fix every breakdown in the field.”

“Will, bless him, never lost his temper (or patience) with my nudging, and had a graceful way of laughing at my ignorances without being at all insulting or painful."

Gail Davidson, who came north in the late 1970s to work on a Ph.D. in glaciology:

“For about 12 years I lived next door to Will and Anne. They welcomed me and my dogs to their house then, and in all the years since . . . I remember him once telling me that he thought maybe he should quit the science stuff and open a garage.”

“I remember him pulling out a decades-old Skidoo from under a rock by a glacier in a remote mountain area in Alaska. After much attention and stroking, it worked, although it wasn’t very fast or powerful. I also remember him sitting by a desk, polishing text, writing and rewriting and writing again.”

Former UAF student Sheryl DeBoard, who took a physics class from Harrison in the 1970s:

“We’d ask him the same question over and over: How does this work and why? He would slowly and calmly reiterate the sequence back to us. Patient, calm and kind was his way.”

Glenn Shaw, a retired atmospheric scientist whose office was next to Harrison’s:

“Some people are just good scientists with a narrow field of study. Will was one of those guys interested in all aspects of life. We used to eat lunch and talk thermodynamics — real nerds.”

“I think the right adjective for his humor is raffish: unconventional and slightly disreputable. I can still hear him making some comment, possibly crude, about ‘the sisterhood’ — the women in his life — planning or running things. And, in his mind, always doing a better job than the men.”