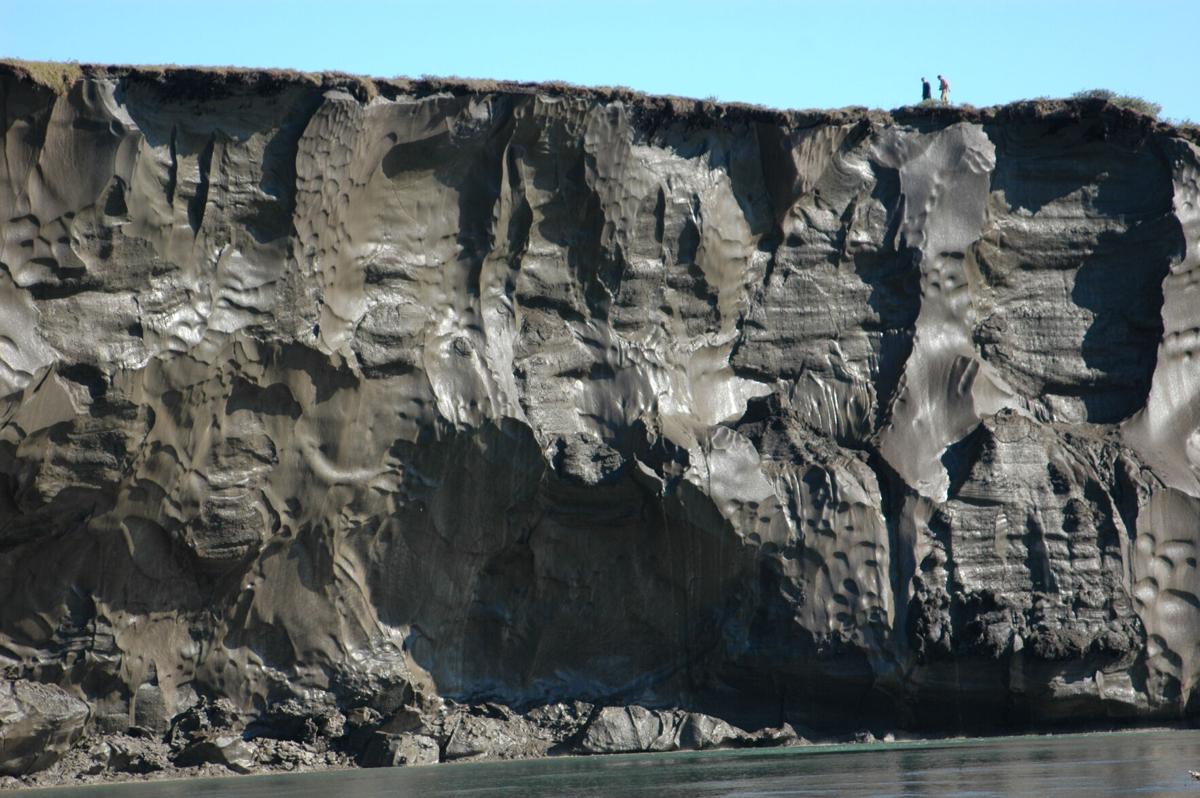 A wall of permafrost ice in a bank of the Itkillik River in northern Alaska. Photo by Eva Stephani. 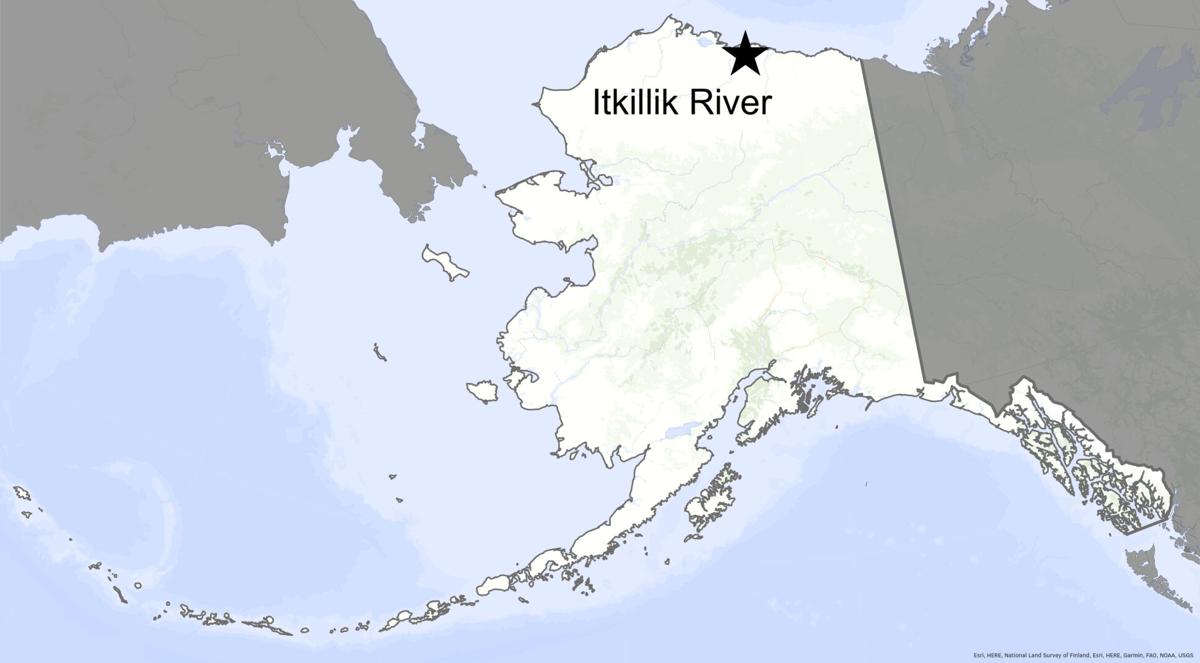 In northern Alaska, an amphitheater of frozen ground thaws where a northern river cuts into it, exposing walls of ice.

The feature, known by scientists as “yedoma,” is the largest of its kind yet found in Alaska.

Jim Helmericks, who lives with his wife Teena on the mouth of the Colville River, mentioned the frozen wall of smooth ice and dirt to researchers Mikhail Kanevskiy and Torre Jorgenson in 2006. Helmericks had noticed the site on flights during the 1950s. He landed there a few times with his Super Cub and found the permafrost bluff yielding the bones of ancient creatures.

“We called it the Stinking Hills because the air had a rotten smell from all the carcasses that had been there over the years,” Helmericks once said on the phone from his far-north homestead. “We got a really nice collection of early horse bones, bison, and the lower jaw of a mammoth with two lower teeth in it. That’s a special thing in (our) museum.”

The frozen storage place of the bones is also a special thing for scientists who study this type of permafrost (ground that has remained frozen through the heat of at least two summers).

The Itkillik River permafrost feature has survived since cold air locked it up from about 50,000 to 10,000 years ago.

Kanevskiy and Yuri Shur of the University of Alaska Fairbanks’ Institute of Northern Engineering teamed with Jorgenson and others to write a paper on the permafrost cliffs cut by the Itkillik River as it winds through the treeless foothills of the North Slope. They also mapped other Alaska yedoma sites in the Interior and north of the Alaska Range.

Yedoma is a term Russians used to describe a mound that rises above the surrounding terrain. A Russian scientist introduced it to scientific literature in the 1930s to describe ice-rich permafrost in Siberia.

Kanevskiy and Shur studied yedomas for a decade in Russia and have looked for it in Alaska for years. They have also found it on the Seward Peninsula and the Dalton Highway. They helped Alaska Department of Transportation engineers investigate miles 8 through 12 where the Dalton Highway runs right over a yedoma.

The most outstanding of Alaska’s known yedomas, the Itkillik River permafrost cliff formed during the dry, cold days thousands of years ago when bison, lions and muskoxen roamed the grasslands of Alaska. As with most Alaska permafrost, it grew because the warmth of summers could not overwhelm the incredible cold of wintertime.

Shur said there are yedomas in Russia so famous that scientists around the world know them by name. The feature on the Itkillik River, 100 feet high and a 1,200-foot long exposed face dimpled with the thumbprints of warm air, may someday be that famous. But for now, one of the best yedoma features in the Arctic is known to some as the Itkillik River site, to others as the Stinking Hills.