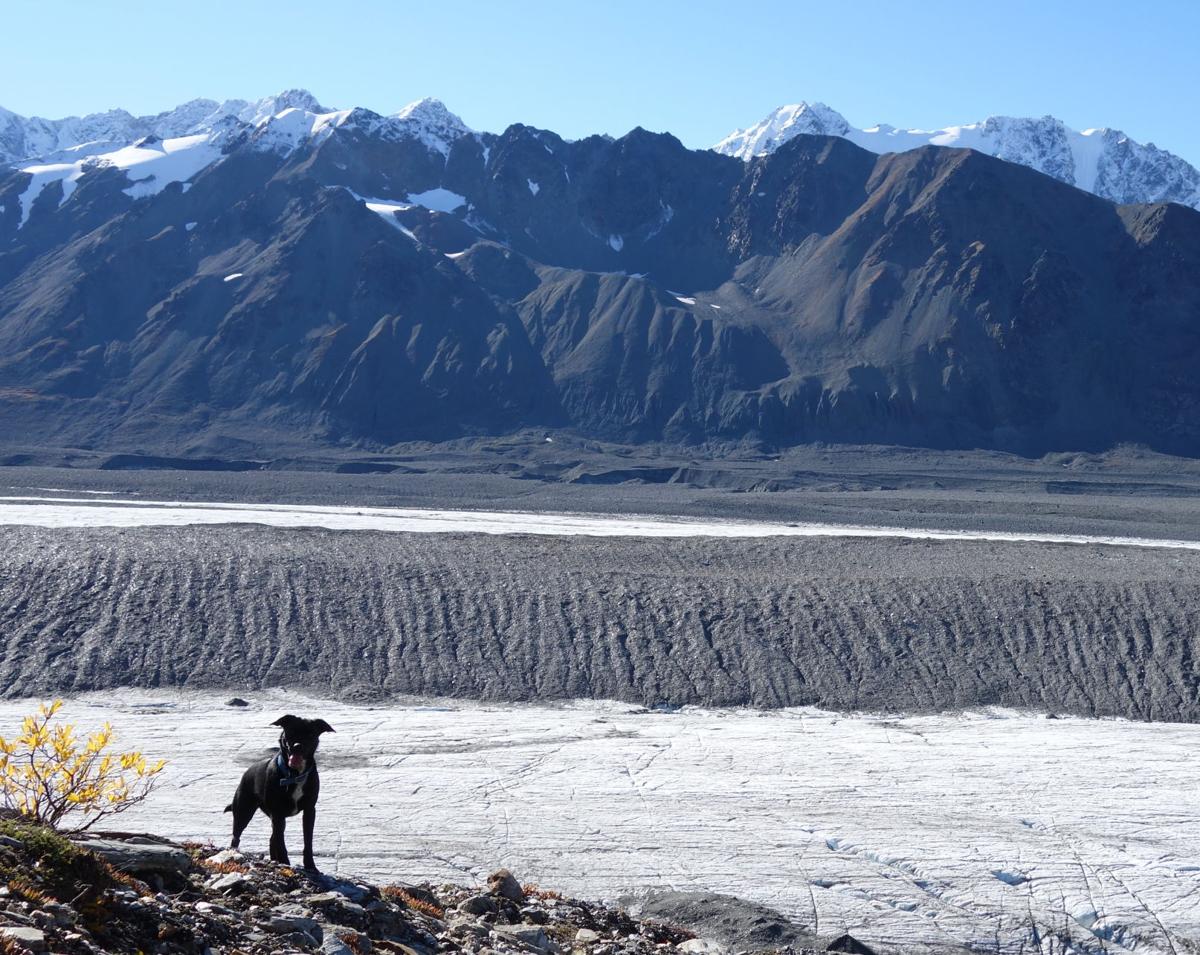 Canwell Glacier in the Alaska Range is one of many Alaska glaciers covered in large part by rocks, which can insulate the ice from warm air. Photo by Ned Rozell. 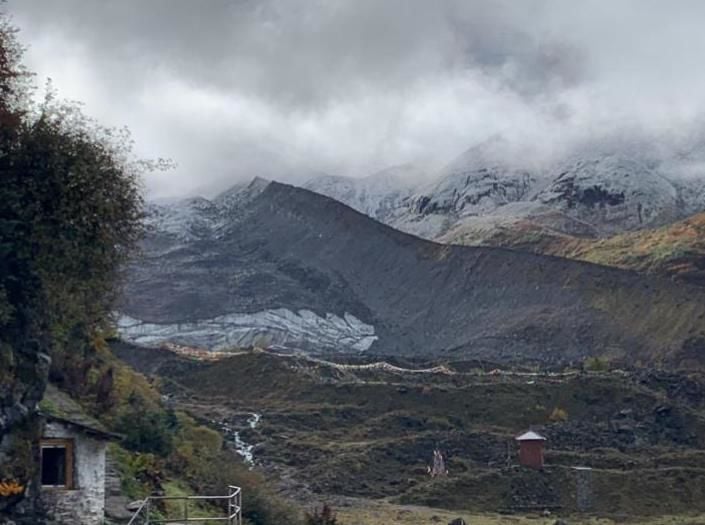 Martin Truffer of the Geophysical Institute of the University of Alaska Fairbanks recently studied this rock-covered glacier in Tibet to find its thickness. Photo by Martin Truffer.

Canwell Glacier in the Alaska Range is one of many Alaska glaciers covered in large part by rocks, which can insulate the ice from warm air. Photo by Ned Rozell.

Martin Truffer of the Geophysical Institute of the University of Alaska Fairbanks recently studied this rock-covered glacier in Tibet to find its thickness. Photo by Martin Truffer.

When my boss, Sue Mitchell, was in Tibet recently, she asked a local guide if the glaciers there were shrinking. The guide told her no, the glaciers were fine.

When she returned to Alaska, Sue asked the same question of glaciologist Martin Truffer, who also works at UAF’s Geophysical Institute. He said no, Himalaya glaciers are not fine. They are melting quickly, like other large bodies of ice all over the world.

Truffer should know. He just visited Tibet to measure the thickness of a glacier with a radar system he has used many times in Alaska. Truffer was there on the roof of the world because of a connection between Alaska glaciers and those flowing from the Himalaya Mountains: many of them are dirty.

Debris-covered is another phrase that describes those glaciers, including the Kennicott and Canwell and Muldrow and many others in Alaska. Instead of a face of pure, blue-white ice, these glaciers flow or stagnate beneath a carpet of pebbles, boulders and gray rocks.

Many of these rocks have avalanched from the walls of steep mountains. Glaciers also sometimes pull rocks from the sides of mountains. These are lovely medial moraines, teardrop loops of black on white when viewed from far above.

Dirty glaciers are the most understudied kind, Truffer said. Scientists have not accounted for their quirky properties in models. Those numbers are important because so many people depend on glacial melt as their water supply, including millions in India, China and Bangladesh.

Adding dirt to ice makes it darker, Truffer said, which can help it absorb more sunlight. About one-quarter inch of rocks on top of glacier ice acts like a black tarp, melting the glacier faster.

If the rock coating is thicker, which is often the case, it acts as insulation.

“If there’s about this much debris on a glacier, you shut off melting,” Truffer said, holding his hands the width of a loaf of bread during a recent talk in Fairbanks.

The Sherman Glacier near Cordova is a good example. When the 1964 magnitude 9.2 earthquake shook the daylights out of the area, large hunks of mountain crumpled to the surface of Sherman Glacier. Alder trees now grow on new soil above the ice at the part of the glacier near the river.

“That glacier basically stopped melting down low,” he said. “(The earthquake) shut off melt almost entirely.”

The same thing happened around this time in 2002, when the 7.9 Denali Fault earthquake rattled a few mountaintops onto Black Rapids Glacier.

“Now, there’s a 30 or 40-meter elevation difference from the rock-covered ice to the clear ice,” Truffer said.

Alaska scientists like Sam Herreid (who camped on Canwell Glacier one summer), Pascal Buri (who worked on Kennicott Glacier with Truffer) and Regina Hock (a Geophysical Institute glaciologist who will also study Kennicott Glacier) are trying to tease out the effects of rock cover on glacial melt.

As for Truffer, he did not sleep many nights in Fairbanks. He is now in Antarctica. There, he and an international team including do-all guy Dale Pomraning of the Geophysical Institute will drill holes into the shelf of Thwaites Glacier, and then lower instruments into the seawater beneath it. The Florida-size glacier could by itself raise sea level by two feet if it experiences a “run-away collapse,” according to scientists working with the International Thwaites Glacier Collaboration.