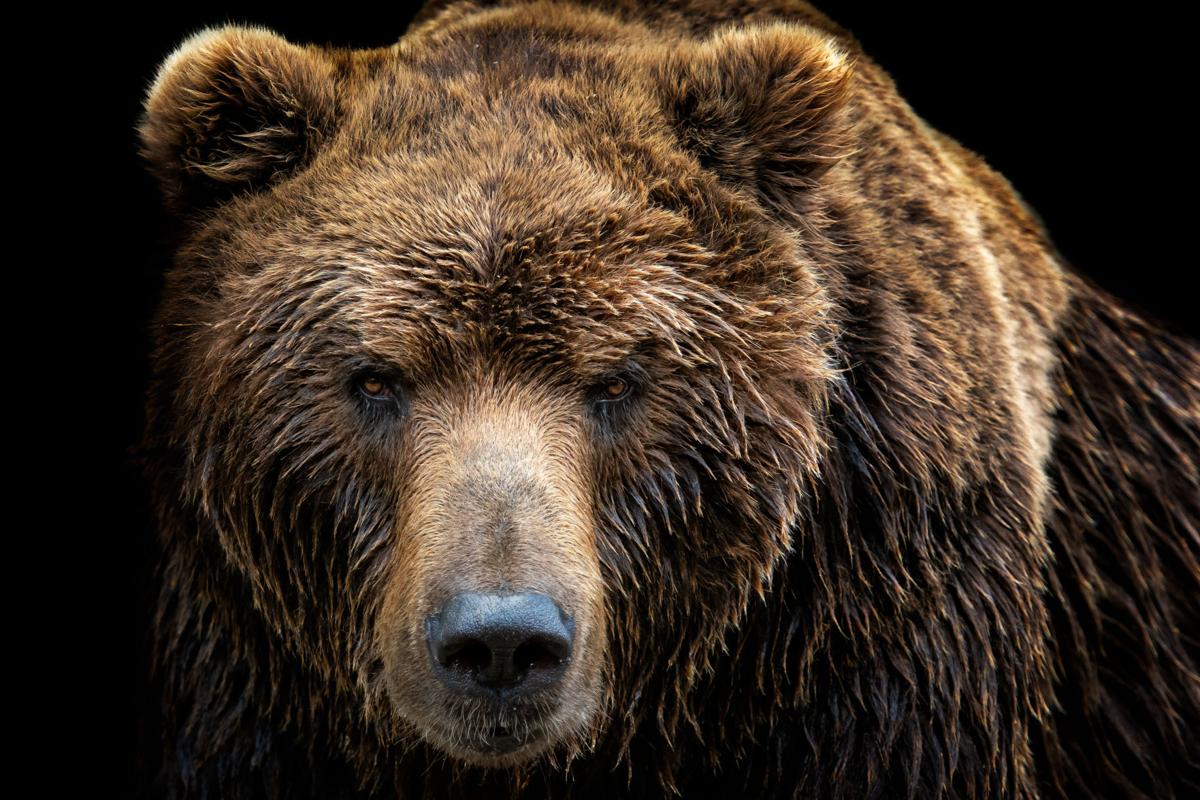 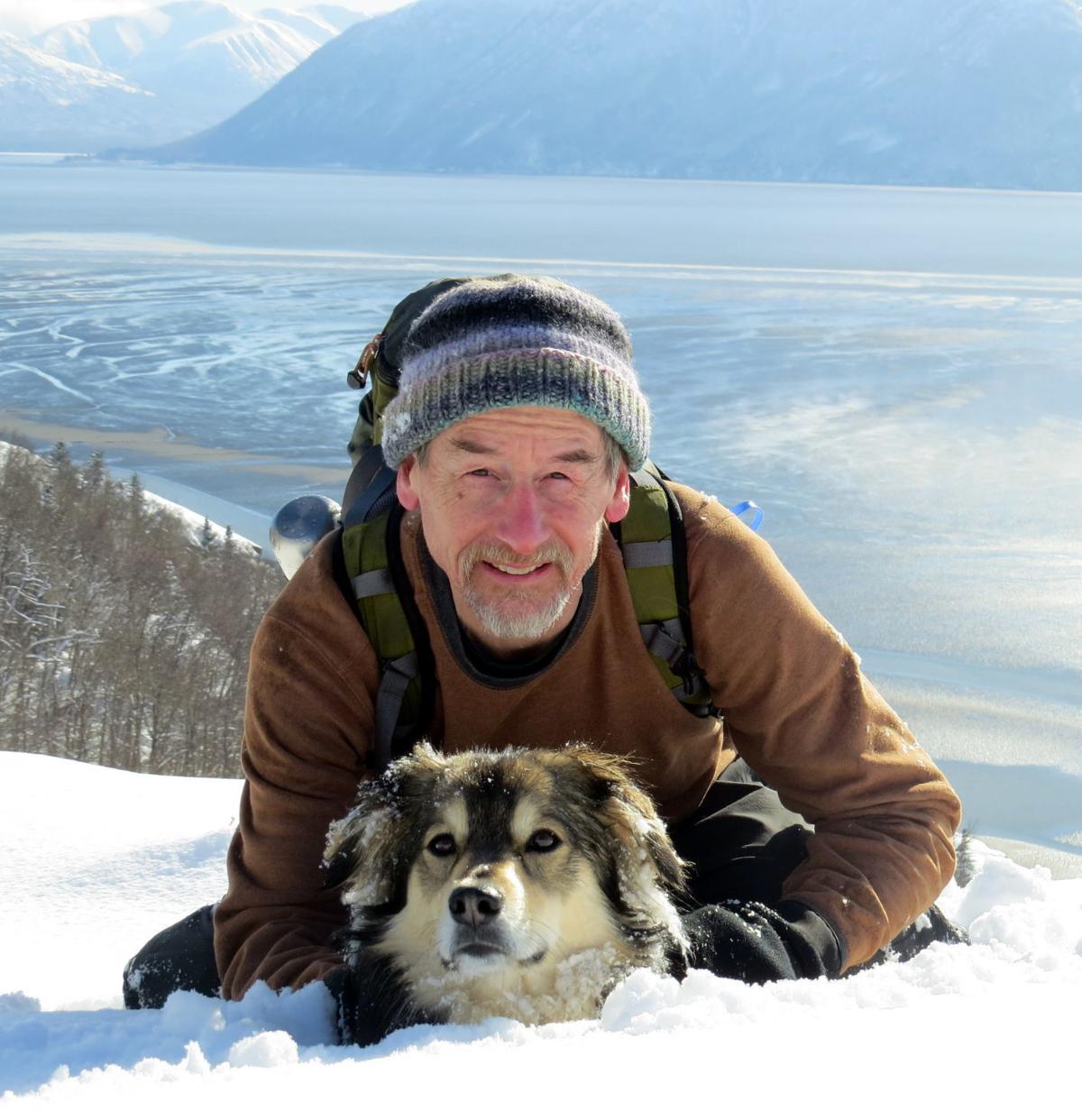 I’ve been thinking about the complicated relationships we humans have with bears, in particular the efforts many of us Alaskans make to peacefully coexist with bears, while others will do just about anything to kill them. This, for me, is one of the maddening paradoxes of living in contemporary Alaska.

What’s got me riled up right now is the Trump administration’s proposal to allow the killing of brown bears at so-called “bait stations” within the Kenai National Wildlife Refuge (which for those who may not know, is managed by the U.S. Fish and Wildlife Service, or FWS).

Before I dive more deeply into this issue, it’s important to emphasize that: 1) large numbers of Alaskans who understand the practice, including many hunters, consider bear baiting the farthest thing you can imagine from “fair chase” hunting practices, a method that’s both unethical and abhorrent (more on that later); and 2) although this is a federal action, the push for brown bear baiting within the refuge has come from state hunting and “state’s rights” interests, most notably the Alaska Board of Game (BOG), the Department of Fish and Game (F&G), so-called “sportsmen’s” groups, and our Congressional delegation.

In short, this is a local disgrace.

Whatever else they might argue, none of the above Alaskan individuals and groups can argue that this change is intended to benefit rural residents, Native or otherwise, who practice subsistence harvests. The brown bears killed at Kenai refuge bait stations would be the targets of “sport” and trophy hunters.

Those who might challenge this statement should consider a couple of facts: first, unlike black bears, brown bears are not generally considered “good eating,” particularly those that feed on salmon. Second, back in 2016, the BOG eliminated the meat-salvage requirement for brown bear hunters, except those practicing subsistence. And there’s no subsistence brown bear season on the Kenai Peninsula (or most of Southcentral Alaska).

John Morton, who was the Kenai refuge’s supervisory biologist from 2002-2019 (now retired), puts it this way: The refuge has been placed “in the very unhappy position of having to allow killing of brown bears over bait essentially for trophies.” And that’s hardly in keeping with the refuge’s primary values and mandates.

Here I’ll mention a couple of other things relevant to this discussion. First, for decades—going all the way back to statehood, in fact—brown bear baiting was banned as a hunting method throughout Alaska. It’s only when the BOG began to liberalize hunting regulations, and allow ever-more extreme practices once considered verboten, that the state gave its go-ahead to hunters.

And never before have brown bear bait stations been allowed within the Kenai refuge (though for a very brief time hunters were allowed to kill browns at black bear bait stations, a state-sanctioned method that refuge managers soon prohibited “to ensure consistency with refuge purposes”).

Since 2014, among all the Kenai Peninsula areas open to brown bear hunting, the refuge has been the only place where baiting them has remained forbidden. In essence, it has acted as something of a refugia—a sanctuary, if you will—for brown bears, especially the largest males that trophy hunters target at bait stations. Now, if the proposed regulatory change is approved, that last refugia from baiting will be breached.

There are more biological implications to discuss. But first, consider this:

Every spring, as Alaska’s bears come out of hibernation, state wildlife managers urge residents to remove any food and garbage that might attract the animals. Even those who feed birds during the winter are urged to take down their feeders. Being a good citizen means acting in a way that will minimize the opportunities for what biologists call “food conditioning.” Doing so lessens bear-human conflicts and the likelihood of so-called problem bears.

Even as it is doing this public outreach and education, F&G is inviting hunters to bait bears with foods that are (as the FWS puts it) “Both natural (parts of certain wildlife species) and unnatural, human-derived food items (such as popcorn, pastries, old fruit, dog food soaked with bacon grease, processed grains, honey, molasses, or a variety of other food items).”

What’s more—and here’s the kicker—“By design,baiting of bears alters their behavior [my emphasis] to increase their predictability and facilitate harvest.”

In other words, bear-baiting hunters are intentionally conditioning them to human foods and garbage—exactly counter to the message the state delivers to the general population throughout Alaska.

Now how crazy of a contradiction is that?

Bear baiting proponents insist that this practice does not pose a public-safety issue. But how can we be sure that a food-conditioned bear that feeds at a bait station and happens to escape being killed will not threaten humans in other places that they roam? To say this could never happen is preposterous.

Besides the public safety issue, there is the matter of the hunting method itself. While I would concede that bear baiting might take a lot of work (gathering and hauling all that slop and building a platform to monitor the bait station) and require patience (waiting for the “right” bear to come along), it is to me—and many others—a lazy and ethically challenged way to hunt bears, one that contradicts any notion of fair-chase hunting.

For all these reasons I have long opposed bear baiting of any kind, whether for brown or black bears (the latter have long been killed this way).

I suppose that if a person were desperate for food, or dependent on bear meat as part of a “customary and traditional” subsistence practice, such a hunting method could be rationalized, perhaps even socially embraced, as in some indigenous cultures.

But that’s not what we’re talking about here. Within the Kenai National Wildlife Refuge, as on the rest of the Kenai Peninsula and many other places where such a method is used to kill brown bears, the goal is a trophy: a head or skull, a hide, perhaps claws. Not food.

That this would be practiced in a wildlife refuge is especially repugnant.

But many of Alaska’s hunting methods and means are nowadays repulsive.

So, back to some biology.

Both John Morton and retired F&G biologist John Schoen—whose many years in the department included lots of bear studies—point out that in the late 1990s, the Kenai Peninsula’s brown bear population was determined to be a “population of special concern.” In fact both were part of the study group that recommended the special status.

Research showed the population to be both small and geographically isolated, something like an island; there is little bear movement between the Kenai Peninsula and larger mainland Alaska. Morton also points out that genetic studies have shown that “Kenai brown bears are genetically different than adjacent mainland bears.” All of the research confirms this is a distinct and vulnerable group of bears, worthy of special protections.

As Schoen puts it, “If there’s anywhere to make the case for careful, conservative management of brown bears, it’s this population. Brown bears are a keystone species on the Kenai Peninsula. If you drive their population too low, they would no longer play the same role in the ecosystem.” And that could have unforeseen ripple effects throughout that ecosystem.

From 1997 until 2012, hunting of Kenai Peninsula brown bears was tightly regulated and harvests were small. But under new leadership—and with a changed philosophy—the state switched directions and determined that the best strategy was to allow an increased kill, both to increase “hunter opportunity” and, supposedly, given a smaller bear population, to lessen bear-human conflicts.

Yet those who’ve paid any attention to Alaska’s wildlife management for the past couple of decades know that, as much as anything, a major goal—perhaps THE primary goal—has been to decrease brown bear numbers because they’re viewed as competitors with humans for ungulates, primarily moose on the Kenai Peninsula.

This latest push for brown bear baiting within the Kenai refuge is simply part of a larger, years-long “intensive management” effort, which is framed by state wildlife officials as simply more liberalized harvest regulations, but is widely known to be de facto predator control of Alaska’s brown and black bears and wolves. All of this is part of a bigger, complicated story that remains to be told.

To comment on the proposal to allow brown bear baiting:

In discussing the wildlife management changes that have occurred—and are likely to worsen—Schoen emphasized that many F&G biologists continue to have strong, ethical principles. The problem is at the top. I’d argue it’s no coincidence that several of the top F&G positions are held by people with close connections to Safari Club International, the world’s “leading sportsman’s advocacy group” with a strong trophy-hunting bent and intimate ties to big-game guiding.

Schoen and Morton agree with me—and many other Alaskan wildlife advocates—that national refuges (like national parklands and preserves) should be held to a higher standard, given their mandates to preserve biodiversity and entire ecosystems. These are not places to allow hunting methods—or philosophies—that target one species to benefit another (so-called “favored game” management, like that practiced by our state). These are not places to practice “intensive management.”

These, certainly, are not places to allow bear baiting for “sporting” purposes.

Anchorage nature writer Bill Sherwonit is a widely published essayist and the author of more than a dozen books, including “Alaska’s Bears” and “Animal Stories: Encounters with Alaska’s Wildlife.” Readers wishing to send comments or questions directly to Bill may do so at akgriz@hotmail.com.