- This is sponsored content provided solely by Alaska Institute for Justice - 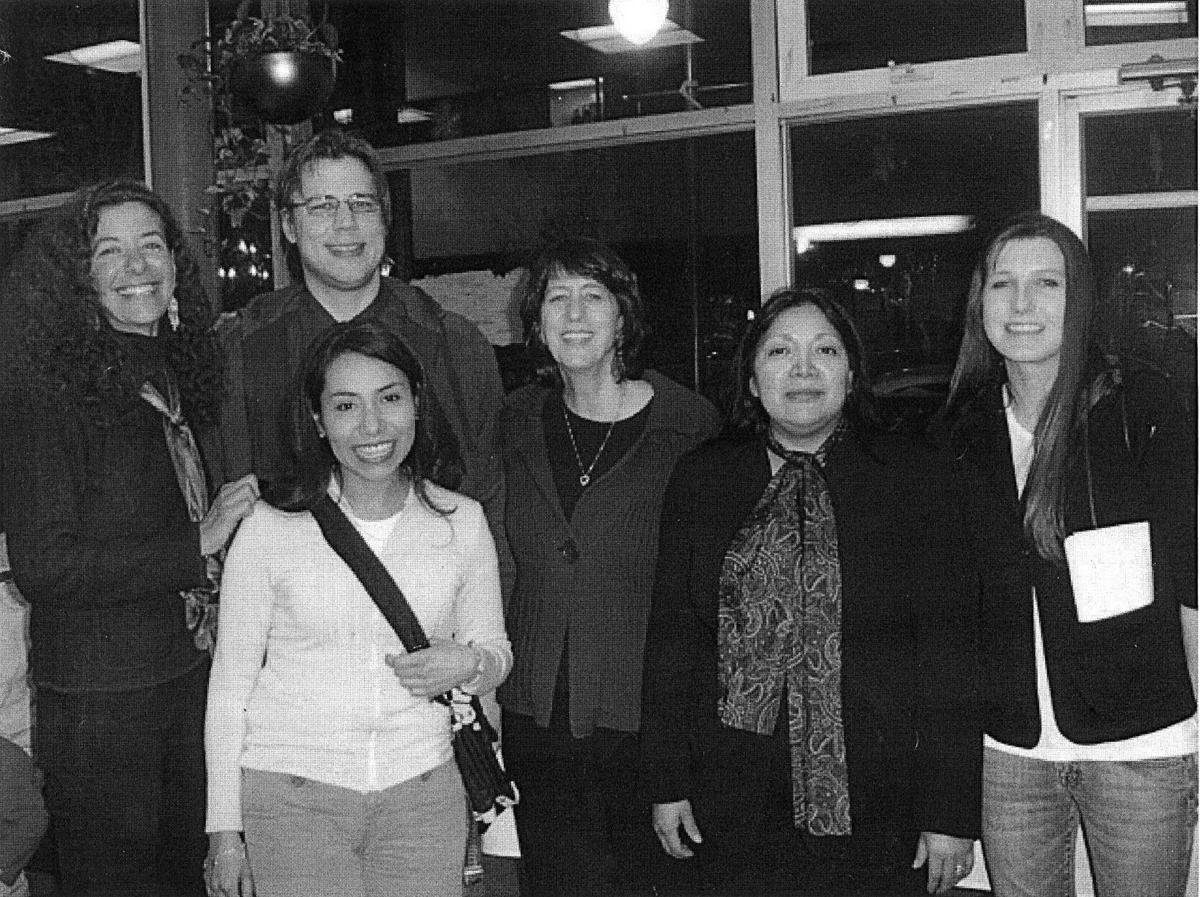 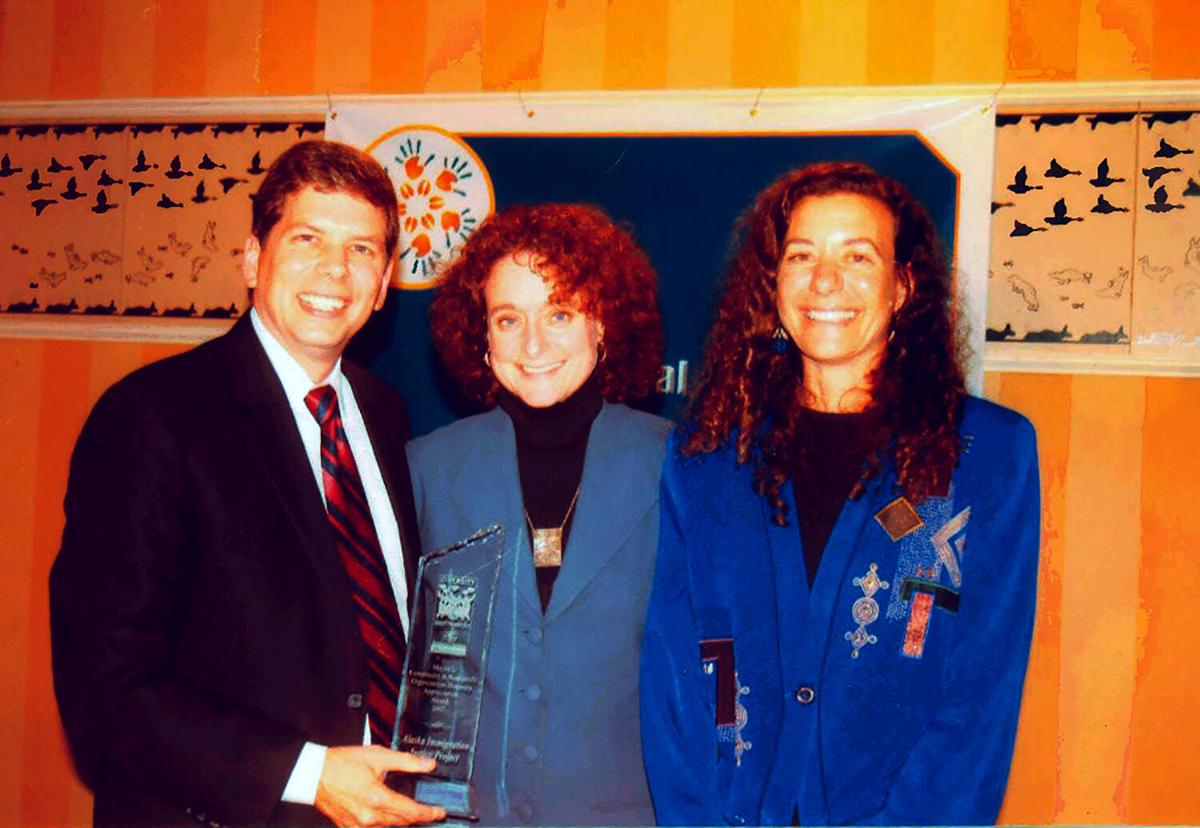 The Alaska Institute for Justice’s (AIJ) mission is to promote and protect the human rights of all Alaskans including immigrants, refugees, crime victims including survivors of domestic violence and sexual assault and Alaska Native communities by providing critical services to these underserved populations through legal representation, language access, training and educational programs and advocating for climate justice.

This series of six articles, Human Rights: Legal Social and Climate Justice, will explore the origins of AIJ 16 years ago, the various programs it offers, and its impact on our state in its unwavering devotion to preserving and defending the rights of all Alaskans.

For 16 years, the Alaska Institute for Justice has worked tirelessly to promote social justice, serving nearly 7,000 Alaskans since its inception in 2005. Although its beginnings were humble, the services that the organization, then known as the Alaska Immigration Justice Project, provides were and continue to be indispensable.

Navigating the immigration system in this country is a perilous journey. The rules are complex and ever-changing, and justice moves slowly. For those whose first language is not English, especially those fleeing untenable and often dangerous conditions in their home country, adjusting their immigration status can seem like an insurmountable task. Many are victims of human trafficking or violent crimes and sexual abuse.

Immigration attorneys Robin Bronen, Mara Kimmel, and Jason Baumetz, among others, were facing this crisis first-hand when they worked at what was then called the Immigration and Refugee Services Program (now the Refugee Assistance and Immigration Services Program. When that program closed in February 2005, they quickly realized that the community’s need for low-cost or pro bono legal assistance was burgeoning and could simply not be ignored. Numerous community members and partner organizations stood behind them in their effort to form a new non-profit to serve those so desperately in need of their help.

Attorney Kari Robinson, currently AIJ’s deputy director, was then working for the Alaska Network on Domestic Violence and Sexual Assault, which routinely refers victims to AIJ to help them navigate the complex immigration process, allowing them to escape their perpetrators and potentially file charges against them, was immensely supportive of the new effort, providing funding and offering office space for Kimmel, Bronen and others to meet.

Numerous other attorneys offered assistance in drawing up the legal paperwork to establish AIJ as a non-profit, including Bob Stewart, Bill Saupe, Dan Rodgers and Jonathon Katcher.

In a town notorious for its plethora of non-profits, initial resistance on the part of some about adding yet another to the mix was quickly tamped down when the Foraker group and the venerable Diane Kaplan of the Rasmuson Foundation also voiced support.

In October 2005, the Alaska Immigration Justice Project opened its doors with a staff of three and a shoestring budget. Bronen served as director and project attorney, Baumetz as staff attorney, and Ana Fernandez as project coordinator. Original AIJP board members included Kimmel as president, Saupe as vice president, Rodgers as secretary, Sioux-Z Marshall as treasurer, as well as Lina Mariscal, Bruce Botelho, Kari Robinson, Bob Stewart and Mark Vasconi. Soon after opening, Carmen Sanchez was hired in 2006 for administrative support, and she continues her important work in making AIJ a successful non-profit.

Much of the office furniture was donated, Baumetz recalled, adding that it seemed like it took nearly two weeks for the phone company to finally turn on service, but for all there was hope, and a pressing need to get back to work. “We knew we were doing something there was a great need for, and that nobody else was doing or could do. There was this need that was going unmet,” Baumetz says.

To this day, AIJ remains the only organization in the state offering free and low-cost legal immigration services. The majority of those they serve are victims of crime, and thus covered by a federal grant from the Department of Justice.

AIJ also assists asylum seekers through a pro bono program where local attorneys volunteer their services. Leading that charge since 1998 has been the indefatigable Dan Rodgers who has taken on scores of cases, even while practicing law as a corporate attorney.

Since his retirement, he’s taken his pro bono asylum work with AIJ full time. He, and the volunteer attorneys he supervises and mentors, have successfully sought asylum for clients from Mexico, El Salvador, Cameroon, Gambia, Ethiopia, Russia, Nigeria, Colombia, Morocco  and Burma, to name a few. Other legal immigration services are provided on a sliding scale, at a fraction of what a private immigration attorney would charge.

In 2007, AIJP added a second program, the Language Interpreter Center. Language access is federally mandated by the Civil Rights Act of 1964, and up until then, Alaska had no formal interpreter and translation training program.

Interpreting and translating is a rigorous task, says Barbara Jacobs, who created and headed up the Language Interpreter Center for 13 years until her retirement in July 2020, when she ceded her role to current director Mai La Vang. Original stakeholders include the Alaska Court System, Anchorage Neighborhood Health, the Municipality of Anchorage, Anchorage Health and Human Services, Anchorage School District, Anchorage Police Department, AWAIC, and others. To date, over 300 Alaskan interpreters and translators have been trained statewide, offering services in more than 40 languages, with the added capacity through innovative technology to provide more than 100 languages round the clock.

In 2012, the Alaska Immigration Justice Project took on climate-forced migration as a third tier to its social justice work, and consequently changed its name to the Alaska Institute for Justice to reflect the broadened mission.

The program helps shape climate change policy, supports research with indigenous communities, such as Kwigillingok, Alaska, focusing on the co-production of knowledge whose residents may be forced to relocate due to rising sea levels; fights for environmental justice, community-based monitoring and assessment for climate resilience; and addresses policies on disaster displacement, and other community challenges brought on by climate change. This effort is spearheaded by Bronen, an internationally renowned expert on these topics who has been invited to speak before the United Nations.  Her research has been published in the New York University Review of Law and Social Change and The Guardian and presented to the National Academy of Sciences and the Brookings Institution.

If all this sounds like a lot for what is now a devoted and determined staff of 12 to take on, it certainly is. They are also backed by a vibrant, hands-on board of directors.

Indra Arriaga, who sat on the board before joining the staff as AIJ’s grants and operations director last year, explains that AIJ “sought people with lived experience to the board, including lawyers and immigrants from all communities, IT experts, accountants; the board cuts across professions,” reflecting the diversity of the organization and the community they serve.

Kari Robinson likes to quote the late Ruth Bader Ginsburg when describing what motivates her and the rest of the AIJ crew as she looks back on their accomplishments. “Real change, enduring change happens one step at a time.,” she says. “Alaskans have this unique history of creating something amazing out of very few resources with really determined people. There was a core group of dedicated Alaskans who saw this need, and community members who have supported the work, but it has happened one step at a time. It takes time to create that real change.”

For Kimmel and others, reflecting on the past 16 years brings a sense of pride, knowing that thousands have benefited from AIJ’s presence in our community, along with a renewed sense of urgency to continue and grow their important work. “We need to create a better soil for people to flower, and AIJ is really good at helping plant the seeds and create a soil where people feel seen, heard and valued in order to flower,” she says.

For more information on the Alaska Institute for Justice’s programs or how you can help support their efforts, visit akaijp.org

[[pull quotes: “For 16 years, the Alaska Institute for Justice has worked tirelessly to promote social justice, serving nearly 7,000 Alaskans since its inception in 2005.”

“We knew we were doing something there was a great need for, and that nobody else was doing or could do. There was this need that was going unmet.”

“AIJ is really good at helping plant the seeds and create a soil where people feel seen, heard and valued in order to flower.”