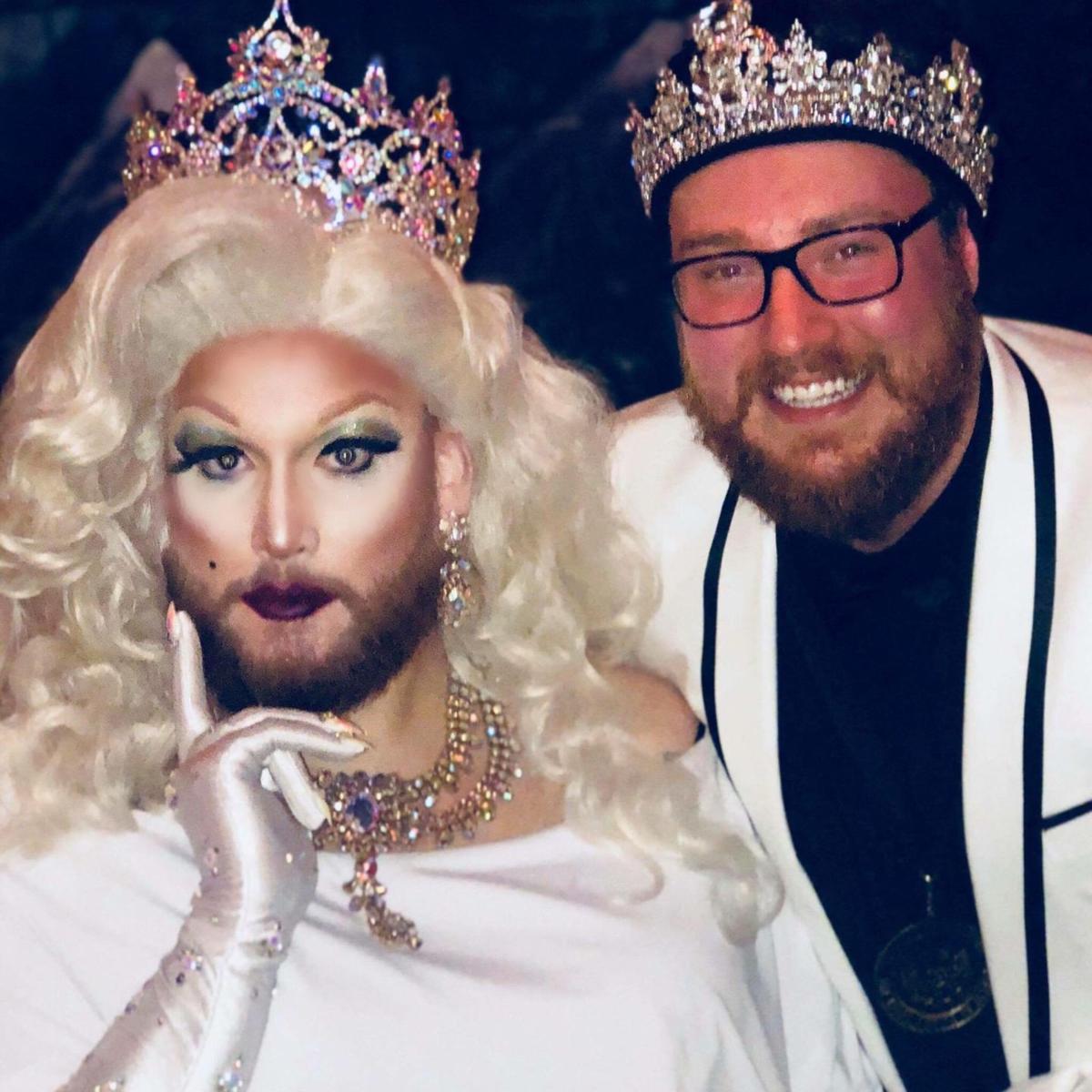 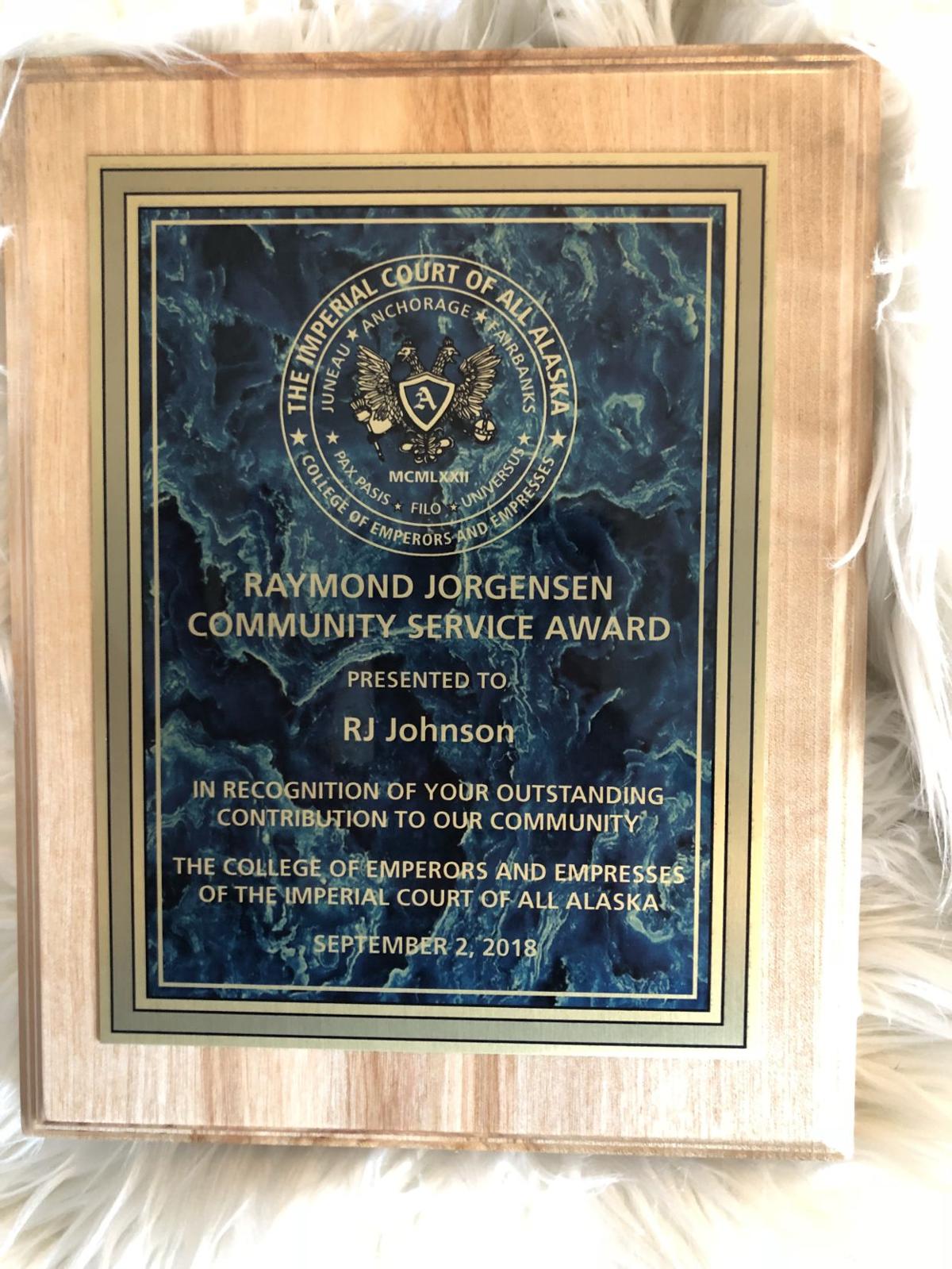 Following on the heels of the Press Picks Live party at 49th State Brewing Company last Friday, it sort of feels like awards season in Alaska. Over Labor Day Weekend some other awards were given out as well. The Imperial Court of All Alaska had their annual Coronation Ball, and two new monarchs were crowned at the end of the celebration. For the next twelve months Denali Emperor XLVI Nathan Luna, and Aurora Empress XLVI Golden Delicious will serve the LGBTQI+ community, and raise money for the scholarships that the ICOAA gives out.

At this year’s event, four students were given scholarships with monies raised through drag shows, donations, auctions, and other events. The International Imperial Court System (IICS) is one of the oldest and largest LGBTQ+ organizations in the world, surpassed in size only by the Metropolitan Community Church. The IICS has representation in 86 areas, and the ICOAA is one of the oldest. Each area is able to decide what they will raise funds for, and Alaska is known for the amount of scholarships it has given out over the last 46 years.

Another tradition during the Coronation Ball is the presentation of awards by the College of Monarchs, or past Emperors and Empresses, as well as by the Board of Directors of the ICOAA. Last year the Anchorage Press was given the Raymond Jorgensen Community Service Award, and this year, due in large part to Prism Press, I personally was given the same award.

Jorgensen was Denali Emperor XV of All Alaska and an avid believer in the partnering of community organizations. I was beyond honored to receive this award that is named after a man whose beliefs about uniting community align greatly with mine.

I had been nominated for the Peter Dispirito Award Public Service Award along with three people that I consider friends, peers, and sometimes mentors. Cameron Morrison, J.J. Harrier, and Brooks “Goldie” Banker were also on the ballot. Those nominated for this award are chosen by past recipients of it, and then voted on by the community at large when voting for the new Emperor and Empress of the organization.

Peter Dispirito was a member of the Alaska community who was instrumental in opening the first gay bar in Alaska, as well as founding the ICOAA itself. He was well loved by many, and seen as a leader of the community when it was still not safe to be fully out as an LGBTQI+ person. Dispirito was murdered, and his killer was convicted of manslaughter. He only served a few months of his sentence and was released on parole. This murder and light sentencing served to spark a fire within the community and unite it as one in the battle for equal rights. This year the community chose Brooks “Goldie” Banker to be the recipient of this award, and rightfully so.

There is an award that is known throughout the IICS that is given to the Court Member of The Year. This award is chosen by the reigning monarchs, to be given to the titleholder that has been there for them the most throughout their time. This award was given to Kendra “Lady K” Coeville, who a week later won best hairstylist for the Anchorage Press Picks! Kendra has been having a great September.

This year, the Emperor that was stepping down, Denali Emperor XLV Wally Rotton LaChoy, created another award for a member of the community who had passed away. The first ever Tony Lamp Lighthouse Award was given away.

Aurora Empress XLV Rhonda “Hunny” Lamp Rotton LaChoy suddenly lost her husband during her time reigning within the ICOAA. Tony had been a friend to all of us that were part of the community. While he never ran for a title himself, Tony was the first one to greet each of us with a smile, and more than generous with his time, his finances, and sharing his spouse so that she could give her time as well. The Tony Lamp Lighthouse award will now be given annually to the partner or spouse of a reigning title holder, that is a port in the storm, and a guiding light back home when the seas get rough. It was rightfully awarded posthumously to Tony Lamp.

While we move forward as a community these awards serve to remind us of those that have paved the way. The history of our community is built upon these names and these stories, and someday each of us have the opportunity to do things that others will tell tales of. May we all have those stories be as uplifting and inspirational as these individuals.