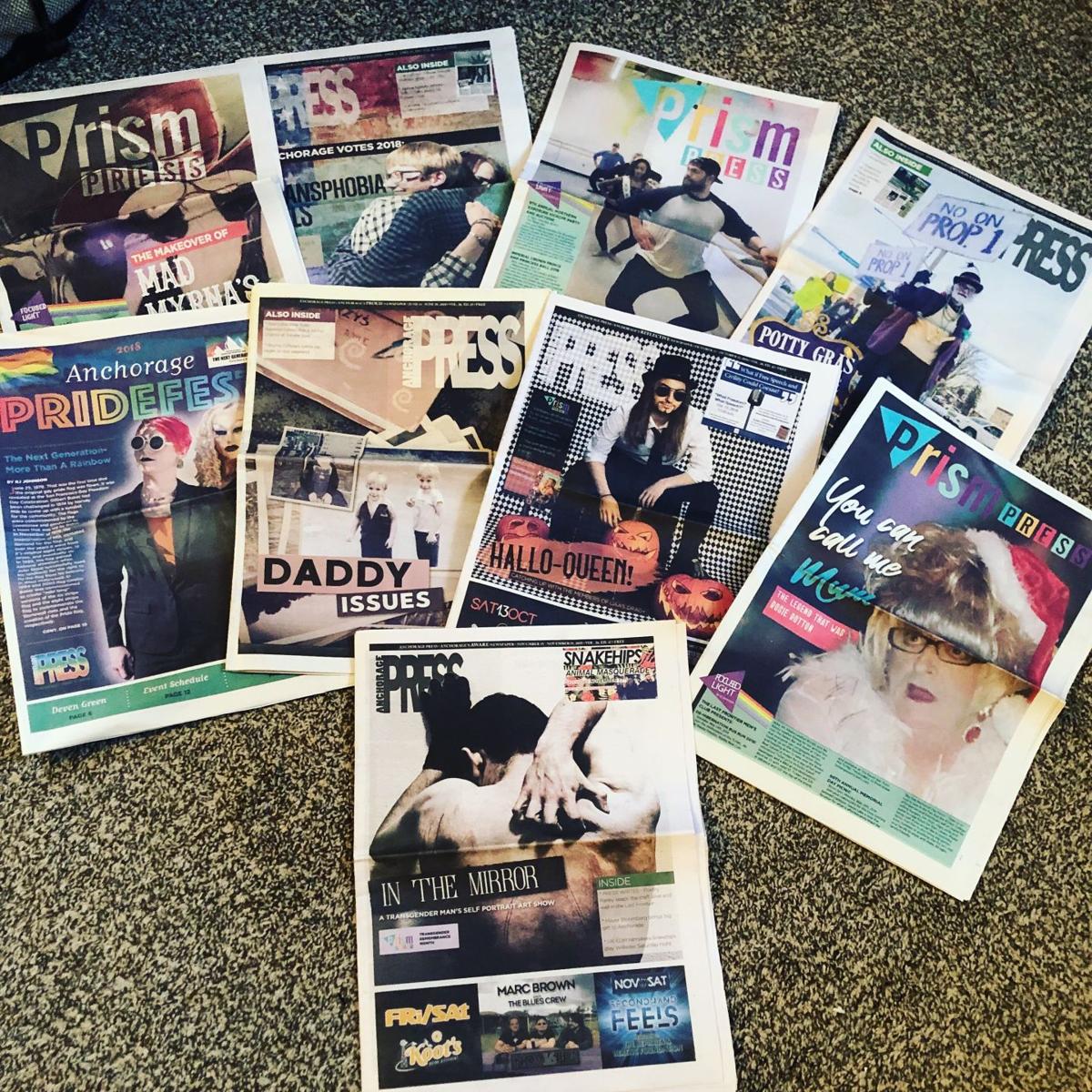 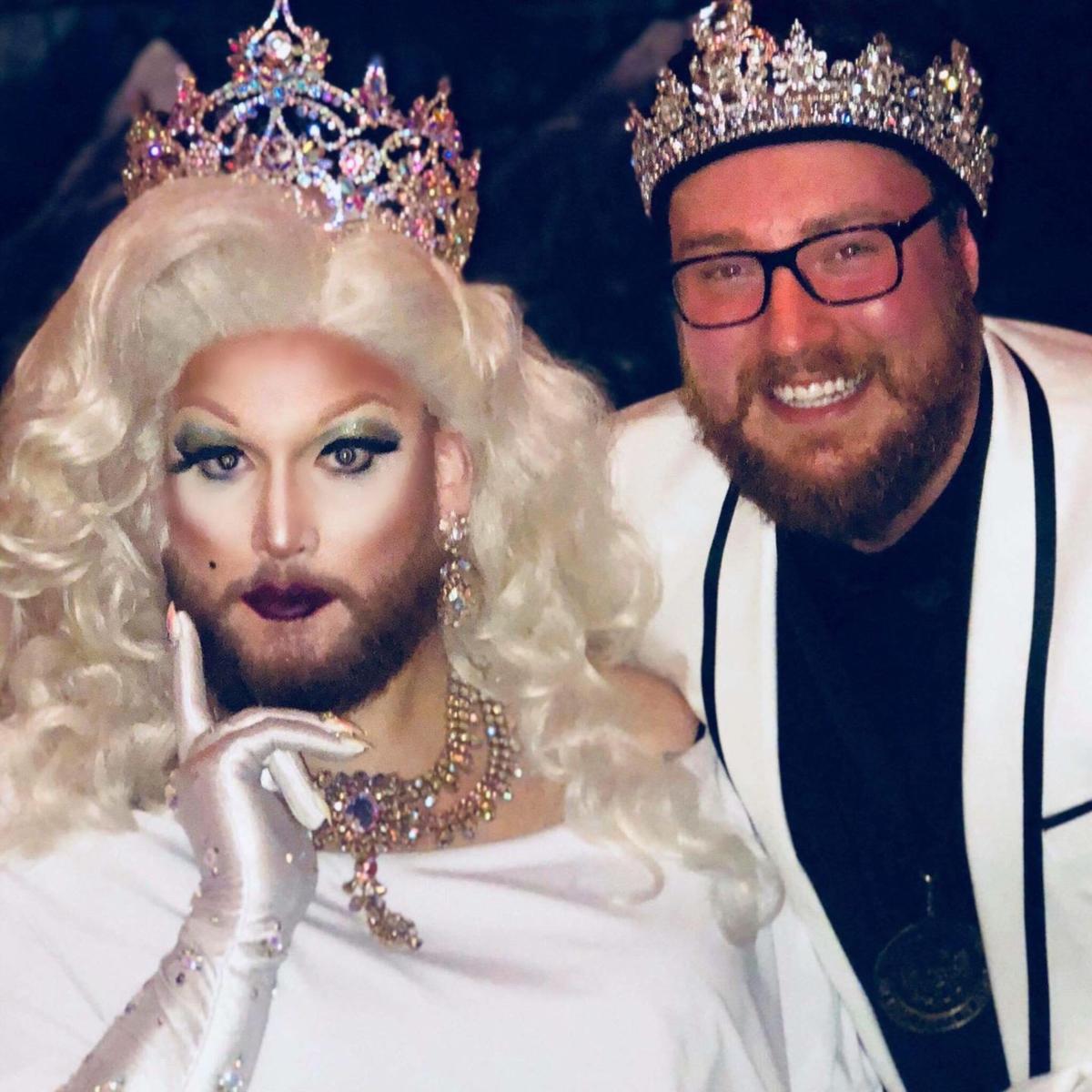 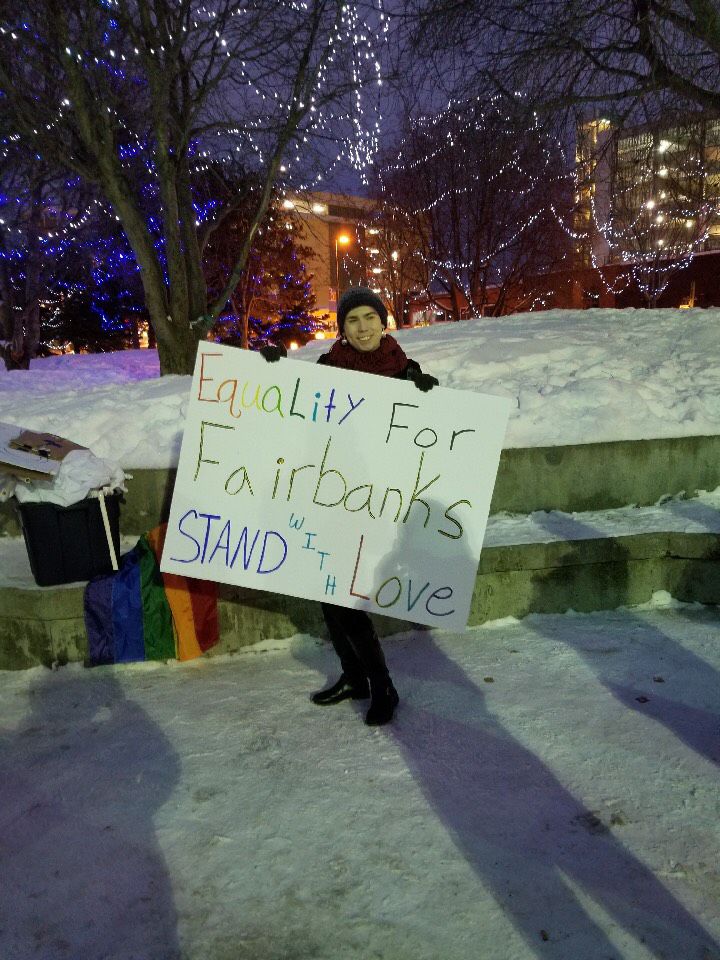 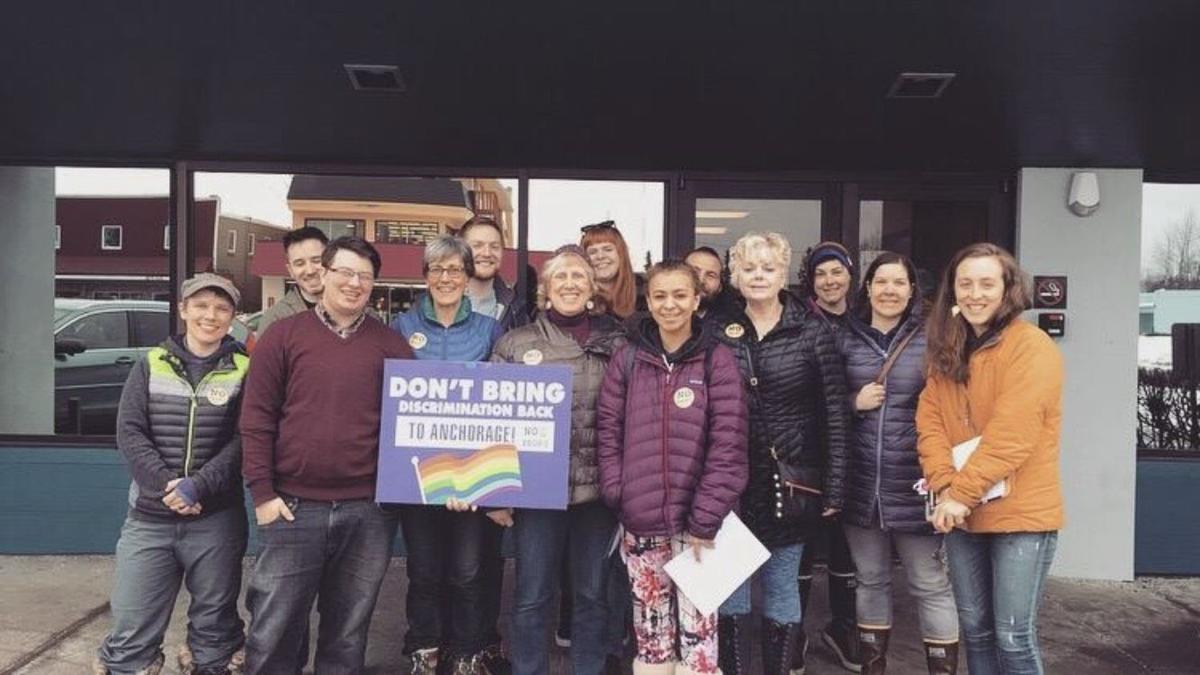 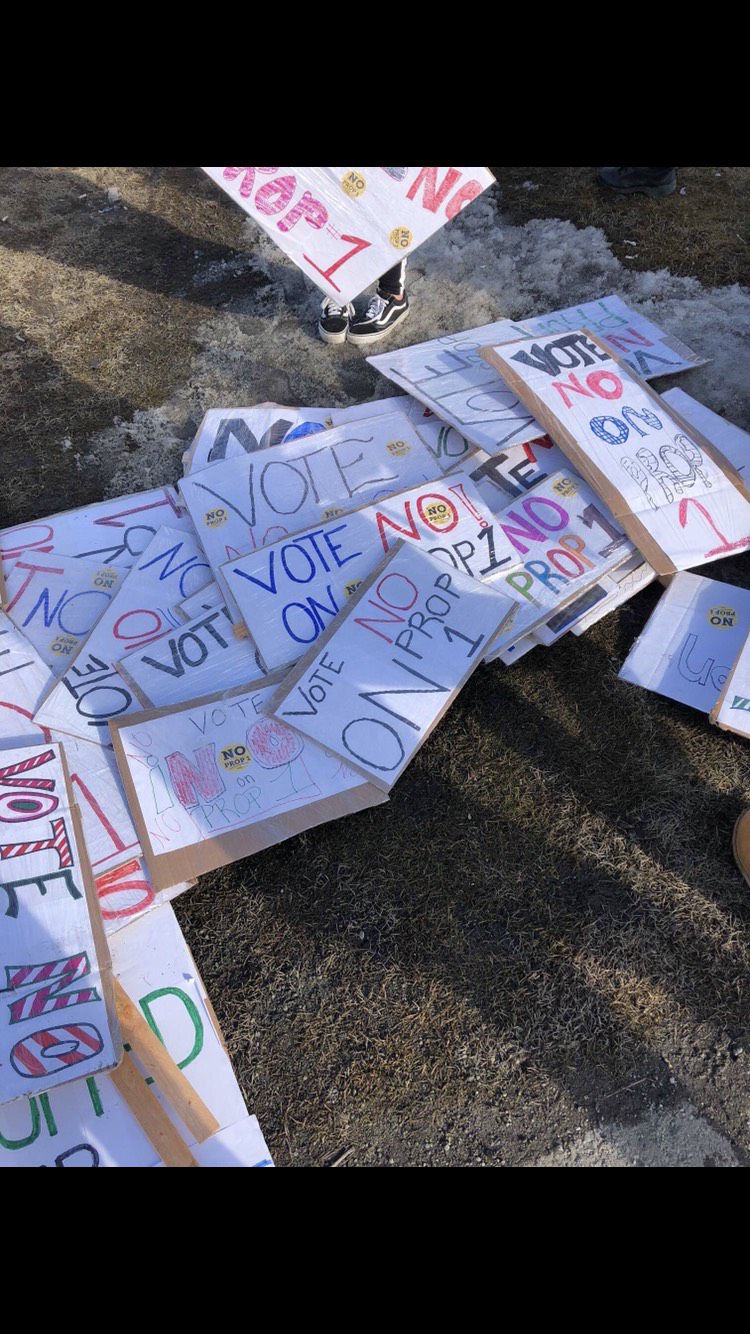 Since the first edition of Prism Press hit the stands inside the Anchorage Press on March 15th, 2018, we have covered much of what the local LGBTQIA community was doing. From historical pieces about community figures who had passed away to the younger generation that is leading the charge against new challenges that we face, we have investigated covering each facet of the beautiful and unique humans that make up this tribe.

At times, when we are amid a struggle, it is difficult to realize how far we have come. When we are celebrating a victory, we lose ourselves in the moment of jubilation and forget just for a moment that it’s only a battle and not the war.

For this first anniversary edition of Prism Press we wanted to create a timeline that records some of the victories we have had, the challenges that we are still facing, and some milestones of organizations and businesses that support us. The battle for equality and civil rights throughout history has never been won all at once. It is made up of small steps over time. Looking back on this past year, we have made many steps that we can be proud of.

Proposition 1 was defeated at the ballot with 52.64 percent of voters voting no. The direct initiative bathroom bill would have made it legal for “any employer, public accommodation, or other person to establish and enforce sex-specific standards or policies concerning access intimate facilities such as locker rooms, showers, changing rooms, and restrooms.”

The measure defined the term sex as “anatomy and genetics at the time of birth.”

Prop 1 was a result of a petition campaign headed by Alaska Family Action. Local opponents were Fair Anchorage, a coalition of organizations, businesses and individuals. This marked the first time that such a measure was defeated and decided at the ballot box.

To continue the organization and maintain the momentum that the campaign created, Transgender Leadership Alaska was created. This group was formed with the mission to provide education and outreach to Alaska’s transgender communities. Their goal also become to create the first ever Transgender Leadership Summit, and to also include membership to the more rural communities of Alaska. At meeting, members joined through video chat on the internet.

Anchorage Pridefest Week occurs. With a theme of “The Next Generation: More Than A Rainbow”, the focus wass on expanding our concept of what a community leader looks like and redefining the labels that we have. We stood in unison and acknowledged the generation that is creating a new legacy for our community, regardless of age or experience level. The community united under each flag that we wave with pride. Conversation about the connections between the generations leads to more community connection. Headliners Deven Green and Ginger Minj brought out record crowds. Local businesses like Mad Myrna’s debuted new events such as Drag Queen Brunch

Nathan Luna and Goldie “Golden Delicious” Banker are elected as the new Emperor and Empress of the Imperial Court of All Alaska, the state’s longest-running not-for-profit LGBTQIA volunteer organization. Surprise twist! The Empress has a beard! As the conversation about gender identity, gender fluidity, and drag continues in pop culture and on social media, a leader of the community proves that you can be just as fabulous and feminine while being a bearded drag queen. Banker is the first bearded drag queen to hold the title locally since Empress 1 Margaret.

Church on the Rock in Wasilla holds a Moral Revolution Youth Conference with guest speaker Ken Williams, an “ex-gay” preacher who speaks about the ability to be cured from homosexuality and speaks of demonic influence being one of the causes of ‘perversion.’ The event inspires the three part “Influence” series of Prism Press documenting over 20 years of religious abuse and attempted conversion therapy in Alaska.

Liz Lyke and Kathy Ottersten win election in Fairbanks. Lyke, a transgender woman, is serving on the Fairbanks North Star Borough Assembly for a three-year term. Ottersten, who identifies as a gender non-conforming trans/intersex person is serving a one-year term on the Fairbanks City Council. While both elections made history as the first time that an openly transgender or intersex person was elected to public office, they gender identities never became an issue in the race.

Transgender Day of Remembrance activities happen throughout the month beginning with a Rally for Trans Equality in response to the Trump administration’s policies. Throughout the month events are held in Talkeetna, Fairbanks, Wrangell, and Anchorage. Socials, movies, discussions, vigils, storytelling events, and services serve to connect the community and honor the 369 recorded deaths of transgender and gender nonconforming individuals who were murdered for living their truth between November 2017 and November 2018.

The Raven Bar changes ownership. Having previously worked as a bartender at the Raven, Scott Stroud and his partner Roger Sagraves, former bartender of Mad Myrna’s, officially announce that they are now the new owners of the northernmost gay bar in the United States. The men recognized the importance of the bar as not only a part of history, but also as a safe space for the community and stepped forward to take the reins.

The first official meeting for Queen’s Guard Alaska happens. A group of friends, acquaintances, and allies decides that the increasing number of protesters and anger directed at their community is too much. The grassroots collective of activists whose mission is “to counteract negative and hostile protests with positive, peaceful, non-engaging rebuttals.” Founder Vincent Feuilles is quoted as saying “Our purpose is to respond to their hate with accuracy, and love and support for LGBT people.”

Queen’s Guard versus Grisham. For the first public outing of the Queen’s Guard, the group decided to attend the Drag Queen Storytime at the Anchorage Public Library, where they outnumbered protestors from the Last Frontier Evangelism-Repent Alaska group by at least 400 percent. Street preacher David Grisham leads the Last Frontier Evangelism group and was at the event, although he was disguised as the grim reaper while his group screamed about perversion and bestiality to children trying to attend. The Queen’s Guard remained cool and collected as they sang about love and cheered for the arriving drag performers.

Equality ordinance in Fairbanks vetoed by Mayor Jim Matherly. In the same week that the ordinance was approved by the Fairbanks City Council, Matherly vetoed it leading to protests across the state. Nearly 200 people gathered outside City Hall in Fairbanks for a Vigil for Equality. The passing of the ordinance followed weeks of testimony, debates, and amendments to the ordinance which would have created equal rights protections for LGBTQIA individuals.

Transgender Leadership Alaska presents the first ever Transgender Leadership Summit. The three-day event opened with a Gender Fabulous Welcome Dance at the Church of Love in Spenard. The next day the attendees were greeted by the Queen’s Guard of Alaska, helping to ensure the safety and positivity of all who gathered for a day of seminars, speakers, and discussions in order to continue the forward momentum from the defeat of Proposition 1. On the final day the group had a Gender Fabulous Pool Party where they were able to use the locker rooms that they were most comfortable in, and for the last hour invited allies and other community members to join them in the fun.