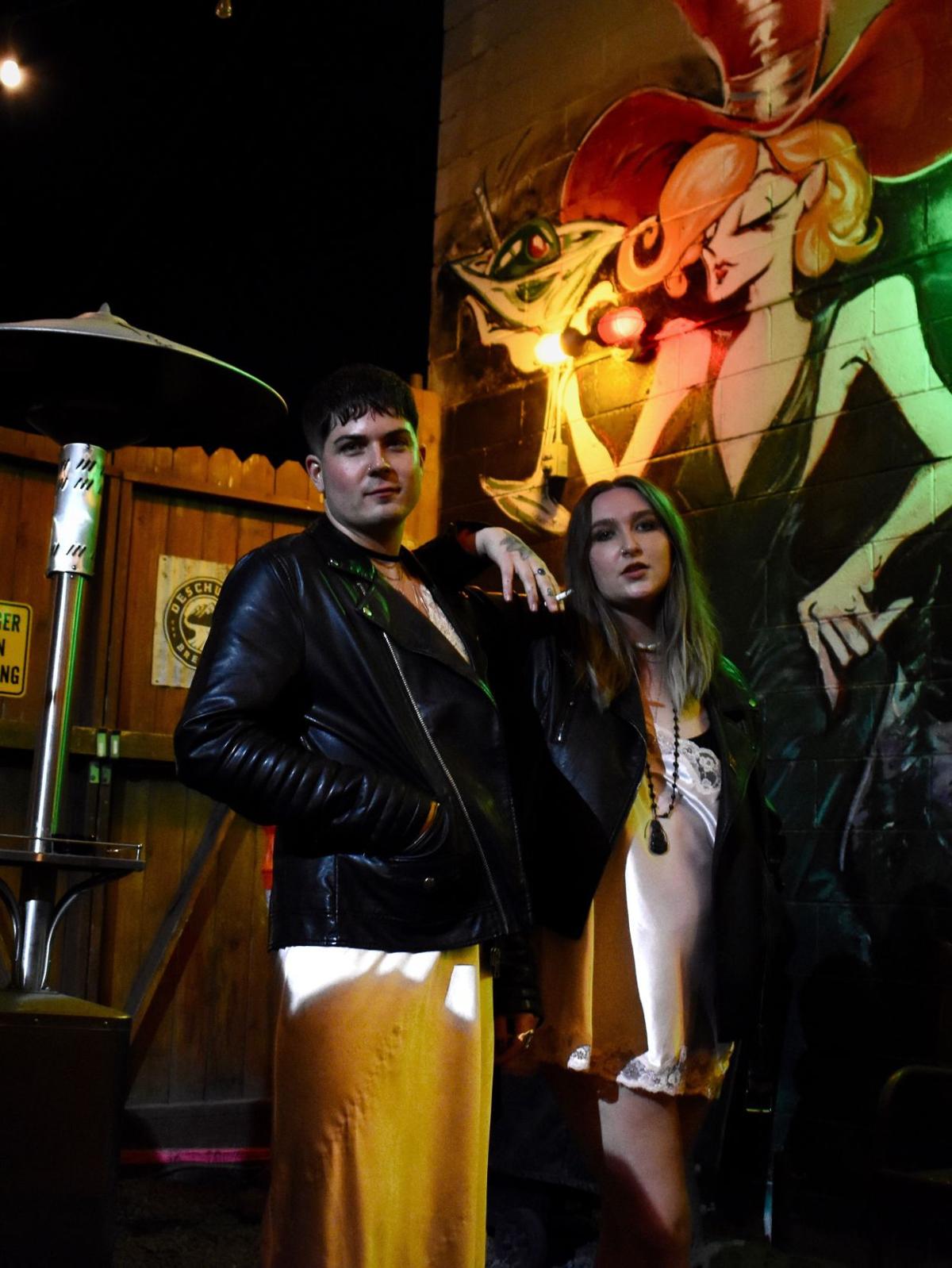 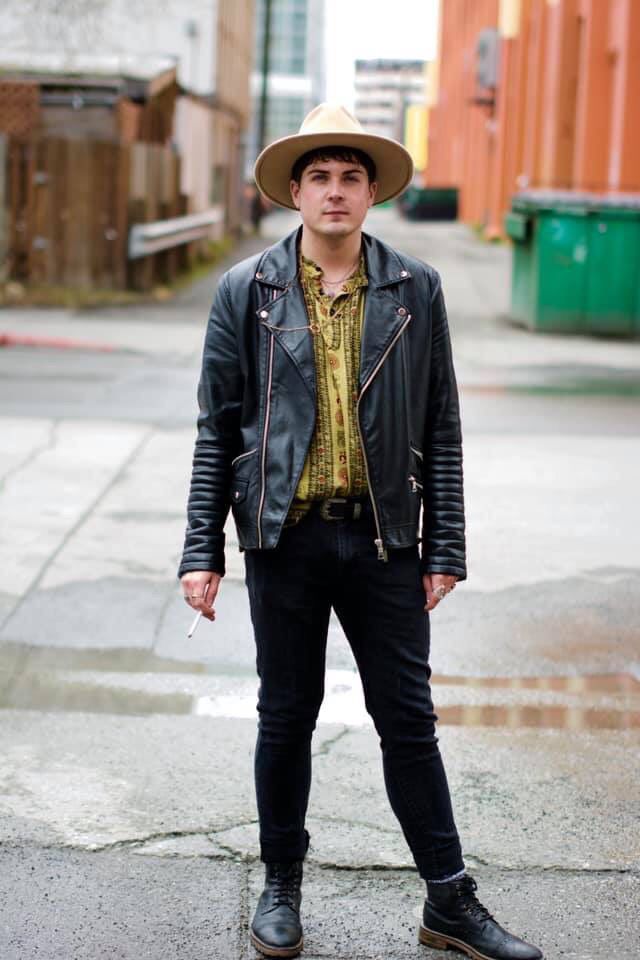 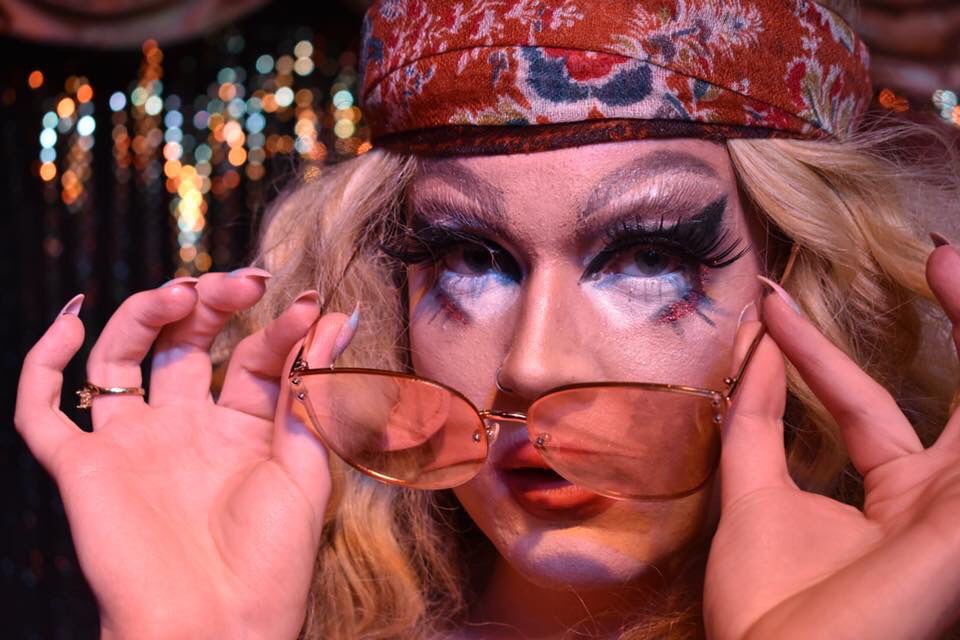 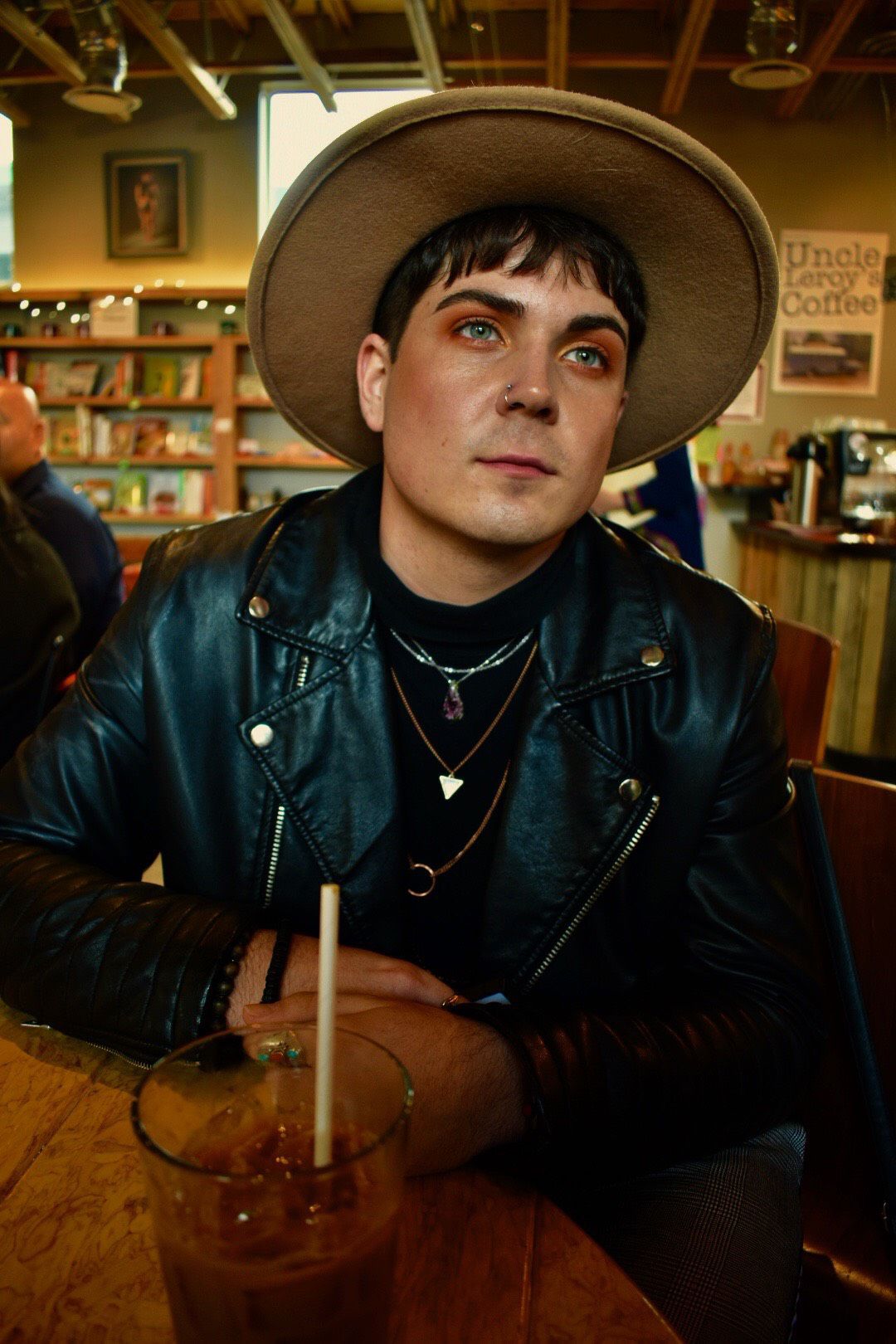 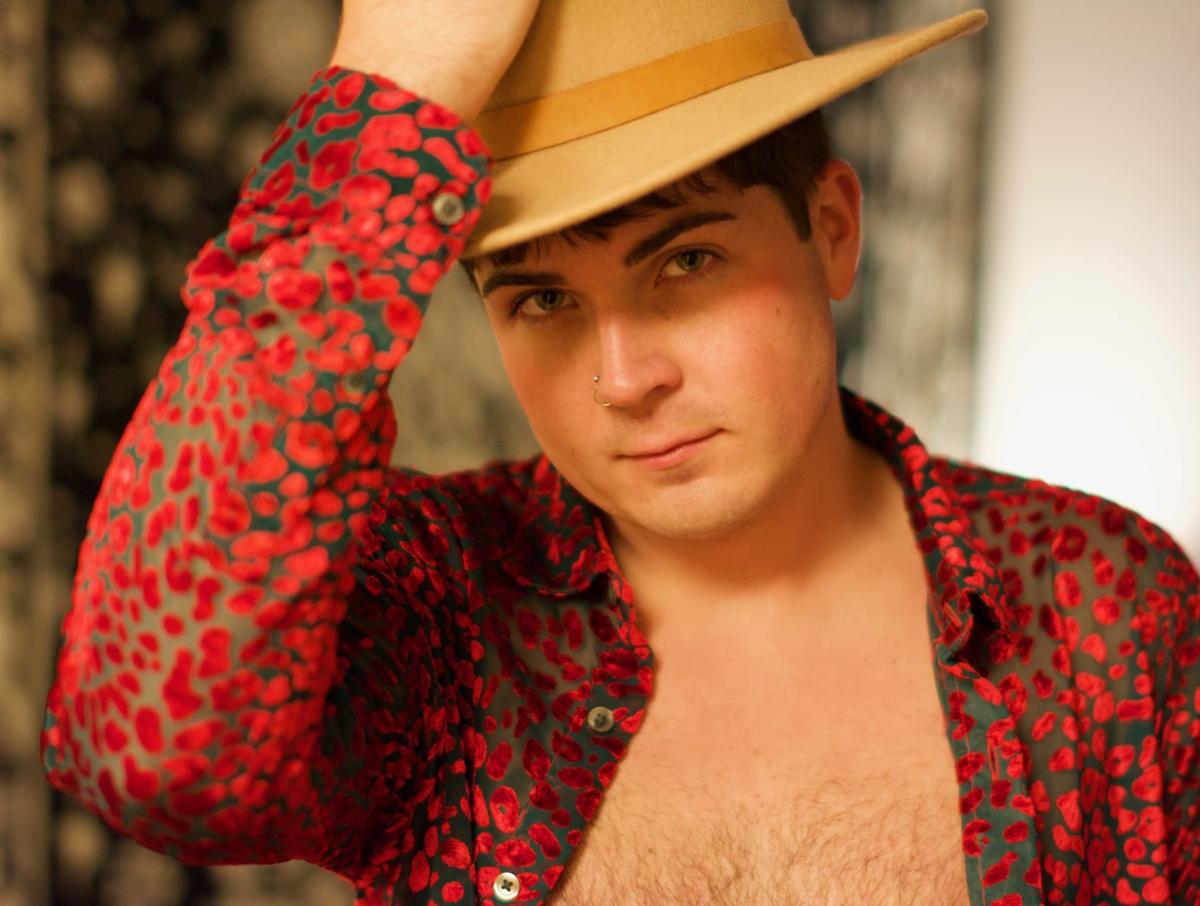 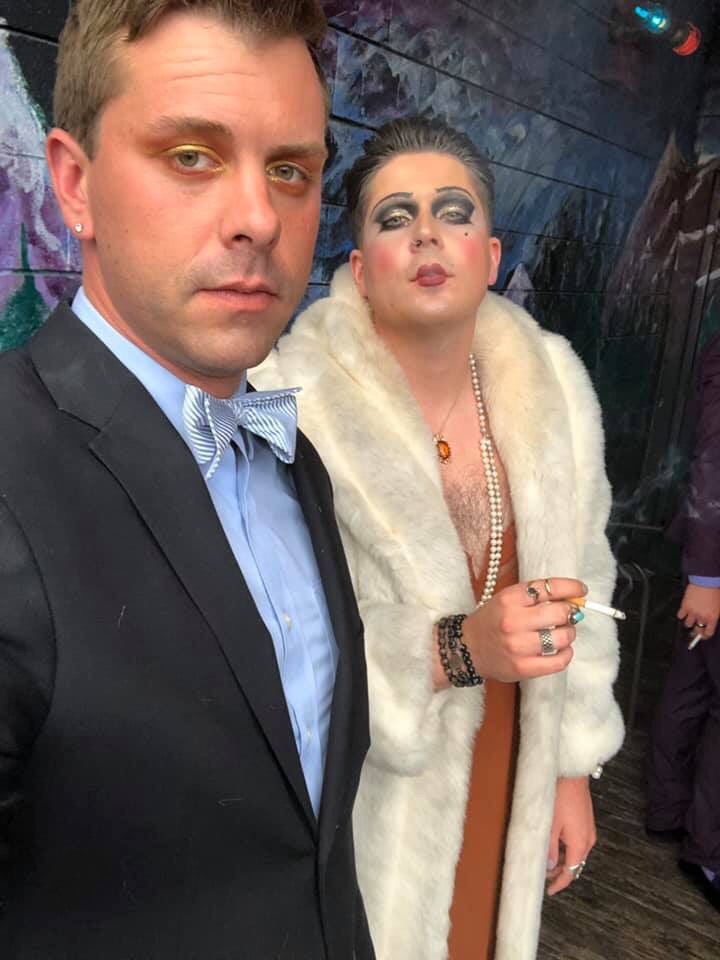 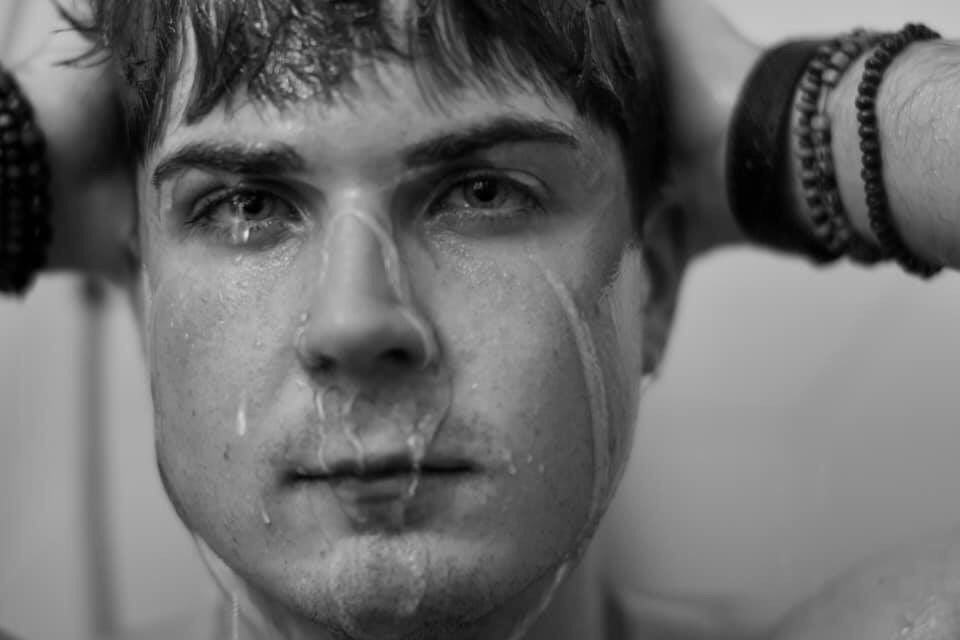 Trevor Jeans loves fashion. As one of the employees of Nordstrom, they got to be around it all day, and they are well known for their fun use of style that does not necessarily fit into the binary of man or woman. Whether pairing a silky nightgown with a leather jacket, or pulling together a fierce festival look, this local knows how to have fun with looks that mix up the idea of masculine and feminine.

Known by some as drag queen Christy Annity, or others as the gorgeous Trevor, for this human, non-binary is not just a look, it’s a lifestyle.

“My gender identity as well as my fashion has changed throughout my queer journey. I started off like every teen in my generation wearing Aeropostale and American Eagle and exclusively shopping in the department that matched my assigned gender. It wasn’t until I moved to Alaska that I blossomed into the non-binary, queer nightmare that I am today. I began attending Mad Myrna’s and fell in love with the drag show. Once I became a queen myself, it truly was the gateway into exploring my gender identity on a personal level,” Trevor says.

Non-binary is a spectrum of gender identities that are not exclusively masculine or feminine, and can fall anywhere on that line, or completely off it from day to day. In the world of fashion some have called it androgyny, and when it is done correctly it is called daring.

Marlene Dietrich is often spoken about for her rebellious habit of wearing suits and slacks on and off screen. With her ambiguous sexuality and the frequency with which she was portrayed as a femme fatale. By the end of the Golden Age of Hollywood, slacks and pantsuits had become the norm for many famous women. Decades earlier, burlesque dancer Lydia Johnson and her troupe of “British Blondes” had popularized men dressing as women on stage, and being permitted for that time, being able to act as men do. They were bawdy, outspoken, and they flirted openly with women. It wasn’t until the early 1900’s that burlesque was sexualized, after meeting the shimmy and shake belly dancers like Little Egypt at the World’s Fair.

At the beginning of the Madonna song “What It Feels Like for A Girl”, there is a spoken word sample from Charlotte Gainsborough:

Girls can wear jeans, and cut their hair short, wear shirts and boots, because it’s ok to be a boy, but for a boy to look like a girl is degrading, ‘cause you think that being a girl is degrading, but secretly you would love to know what it’s like, wouldn’t you? What it feels like for a girl.

It makes the point that for someone that is biologically male to dress in a way that is considered feminine is in and of itself a political statement. As Jeans says, “I realized my love for skirts, makeup, flared pants, dismantling the patriarchy and all other things gender-fuckery. Playing around with fashion and occasionally borrowing my best friend Kala’s clothes and now, at this point, almost exclusively shopping in the women’s department were the revolutionary moments I need to reflect on gender norms and identity and how that related to me. I realized that I loved my male physique, and my body hair, and my semi-masculine presence, but I didn’t really aspire to any other stereotypes associated with being ‘male’.”

Much like leather jackets in the 50’s, the punk wave of the late 70’s and 80’s, and goth, which has been around since the actual gothic era, non-binary fashion, also called androgynous or unisex, is a rebellion. It is a way to buck against the status quo. You cannot blend in when you look different than anyone expects you to.

There have been famous men that have pulled it off successfully. David Bowie is to this day considered a sexual icon, and there was never a point at the height of his fame that his fashion sense could have been considered masculine. Prince is another example of a pop star that embraced femininity whole-heartedly and was sexier because of it. Glam rock icons Twisted Sister used it as their entire stage presence. Even Kurt Cobain of Nirvana was often photographed in a dress and was quoted as saying “Wearing a dress shows I can be as feminine as I want. I’m a heterosexual…big deal, but if I was a homosexual, it wouldn’t matter either.”

In Scotland the kilt is a standard and historical piece of clothing for men to wear. Scotsmen who wear this item of clothing are rugged, sexy, and even more masculine than those wearing pants. Here in the states a man wearing a skirt-like item are often harassed and sometimes injured for making the choice. We need to ask ourselves why. Trevor Jeans does not like making the choice that was assigned to them at birth.

“Non-binary speaks to me because the combination of my masculinity with my feminine spirit has shaped me into someone who doesn’t conform to any gender norms. There are days I feel masculine, there are days I feel more feminine, and there are days I feel uninspired by either. My fashion is the biggest reflection of my identity. Some people recognize my signature cowboy/western chic look, but I do like to switch it up from time to time, and there is nothing I love more than a theme! Like, yes, please give me the 70’s, Pirates, Fur, Gatsby, and I will serve it. Also, I love painting my face, whether it’s dramatic or subtle. I love wearing excessive amounts of jewelry. HATS! My nails are almost always painted, most likely chipped. I genuinely hate wearing suits. The more androgynous the better.”

The thing is, clothing doesn’t have a gender. There isn’t a single way to be feminine or one way to be butch. Step out of your comfort zone and you may find that non-binary fashion is a good fit for you as well.