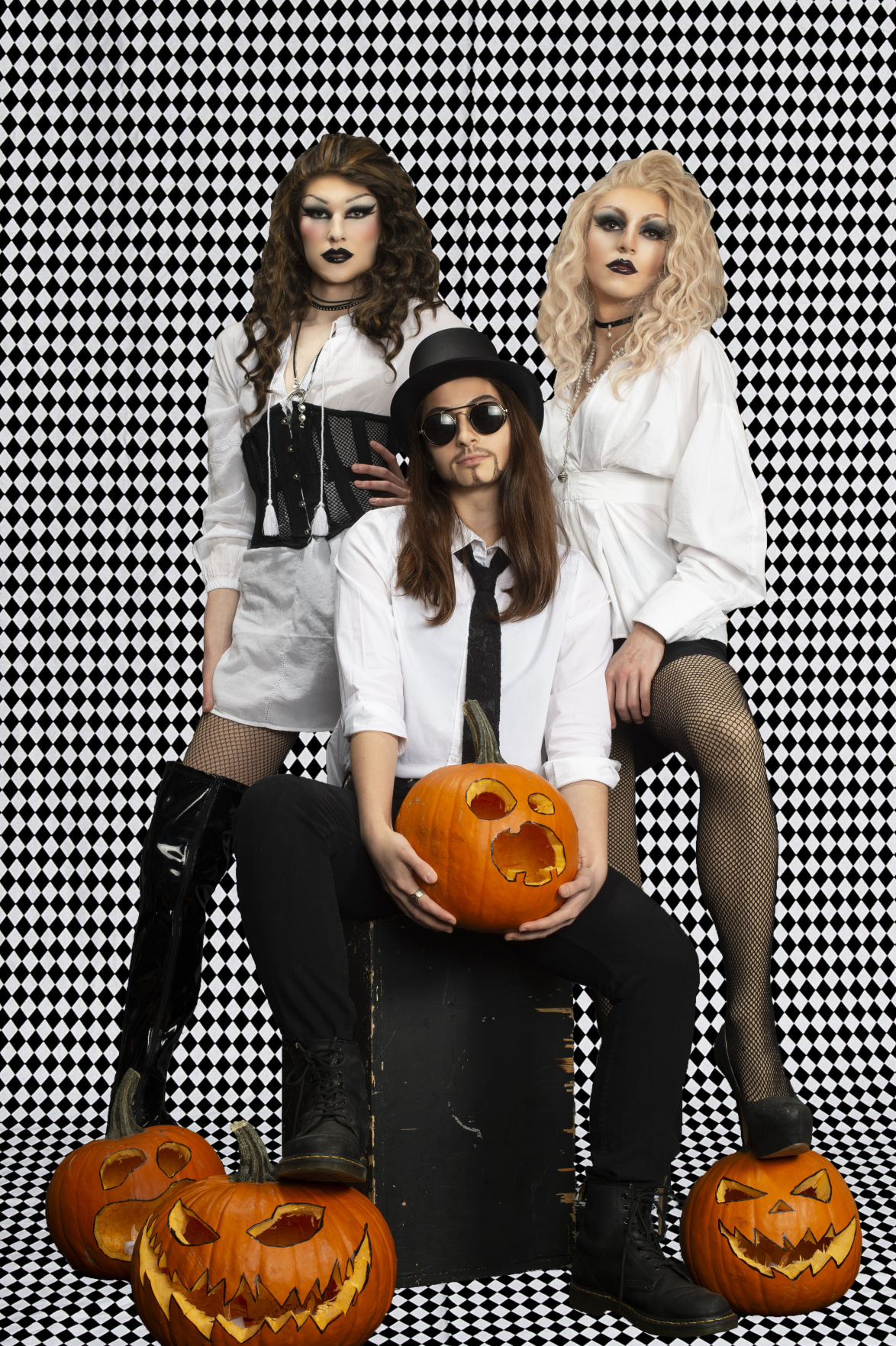 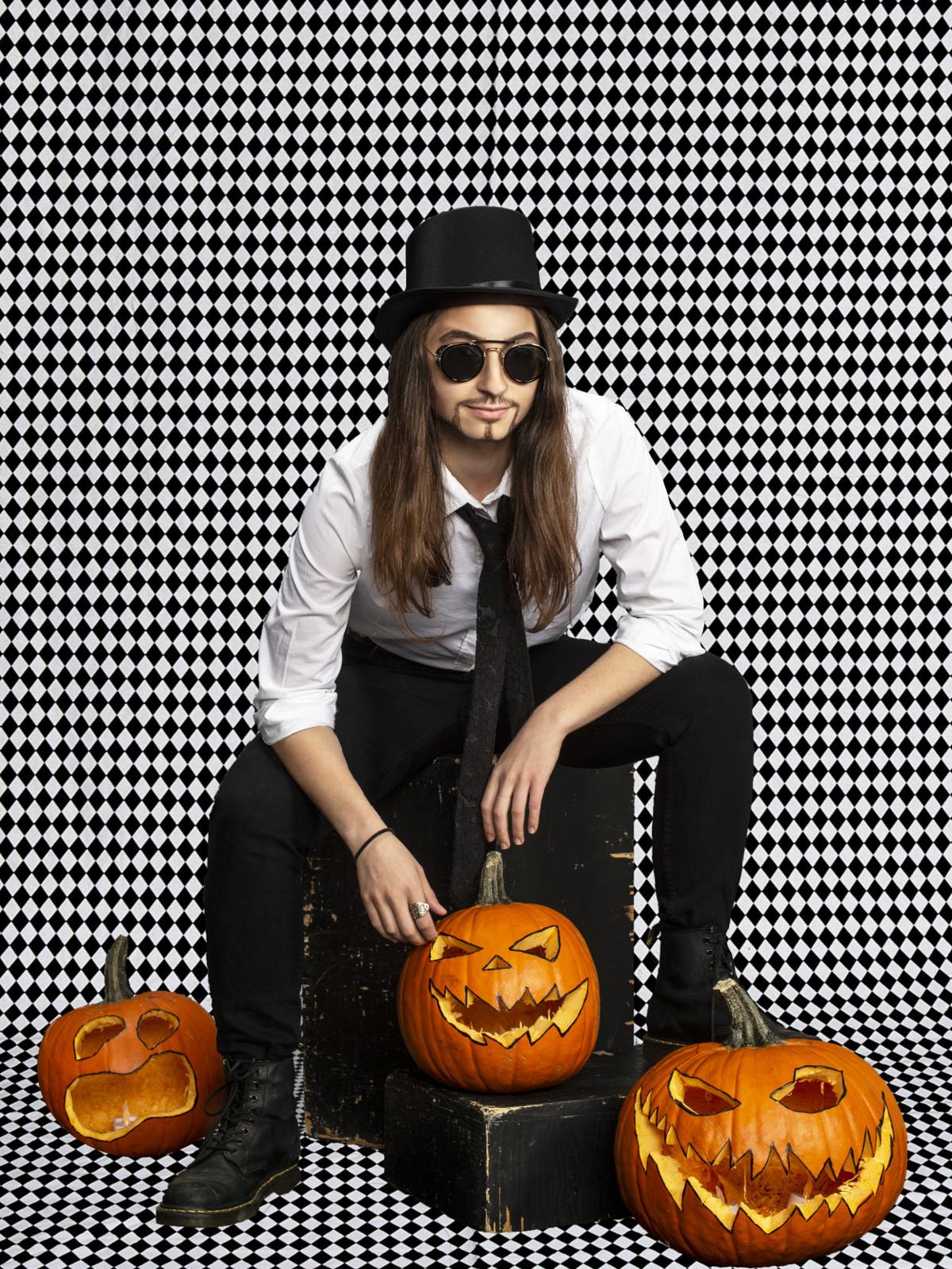 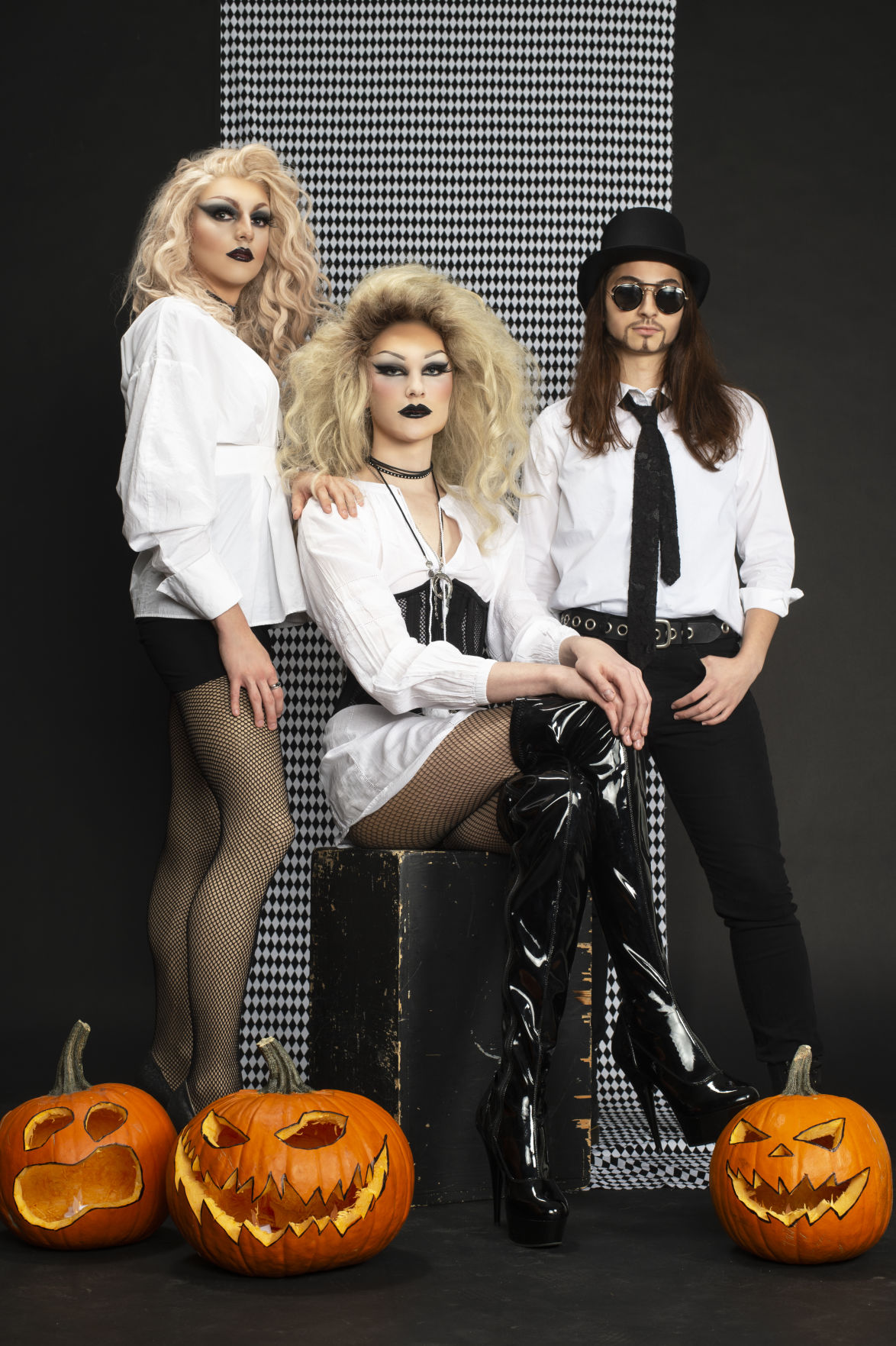 Last spring, Drag+ at UAA had their first show ever. The group paired with Planned Parenthood Generation Action to put on an awareness benefit for the Fair Anchorage campaign. What had started as simply a way for creator Robin O'Donoghue to perform in drag as an under 21-year-old in Anchorage, grew to become so much more. They were voted Best New Club by the student body of UAA and members of the group were asked to perform at Anchorage Pride and Talkeetna Pride. O'Donoghue, who performs under the name Lamia, was on the cover of the Anchorage Press Pride Guide, as well as being the subject of the lead story with Lillian Lennon.

The core members of Drag+ all spent their summer in different areas, but never lost communication with each other. While being spread out across the state and country they kept in touch through a constant group text message, and remained steady. O'Donoghue spent his summer refocusing on priorities while always thinking of the themes that led to his creation of the club. “The mission of Drag+ has always been pairing fun with community activism” he said. When he heard of the group Choosing Our Roots, or COR, a fledgling non-profit dedicated to ensuring that all queer Alaskan youth and young adults have access to safe homes and supportive communities, he suggested to the other members that they do a benefit for the organization. On October 18th at 8pm in the Student Union Cafeteria at UAA, the group will head up their second large drag show, Drag-O-Lantern!

For the spring Prop 1 is a Drag show, the show sold out within moments of the doors being open, and O'Donoghue and crew are taking step to avoid the same problem this time around. “There were so many logistics that I didn't know about” he told me “I was extremely dissapointed we had to turn away so many people.” The new space will hold at least 225 people, and the UAA Student Government, who came to their aid last time will be assisting with a live stream of the event again. The previous show is still the most watched live stream for Student Government, with over 2500 views. “Student Government is recognizing that this community is an important community on campus for visibility, and the overall inclusivity.” O'Donoghue says. They will also be assisting with behind the scenes, as well as taking tickets at the door.

Jaydon Mitchell, whose drag name is Julia Wylde made their debut at the spring show and is excited to come back with some more experience under their belt for this event. For Mitchell this has always been something that he has experimented with. “I like to play with femininity and gender expression. It gives you a great outlet to express your feminine side as a guy. It's really fun. I have loved performing in my room since I was little. I have been lip syncing since I was like, four, and I still do it!” He also understands that the politics of drag have always had their place, and continue to do so. “I study women's mouth movements, and their body movements, it's fun and then you have the radicalization that is ingrained in society that this is different or weird, and that's fun and a cool aspect of it.” He was also able to take advantage of an opportunity to perform in the Uncle Leroy's Coffee shows that have been happening recently, Drag Queen Confessions, and sees performing in unconventional spaces as great practice for the future. “It's really good practice, because most gigs later in our careers are going to be on a milk crate in a corner, in a dark bar. It will be like, we are used to this!”

O'Donoghue also got a chance to perform at the coffee shop, and with Pride celebrations under his belt looks forward to being able to perform in bars eventually, while he is grateful for the audiences and experience he is gaining now. “It was really nice to get a turn out like that. To see faces of younger kids that can't go to Myrna's, and to see families.” he said, and continued, “Most of our gigs have been in those unique spaces, that aren't usually set up for drag shows. I like it, once we are old enough to perform in space like Mad Myrna's, with that production value, we will be used to it all. I can do a show in the daytime, in bad lighting.”

There is a new performer for the Drag+ group that will be making their debut next week in the Halloween themed show. Lauren Criss-Carvoy, a drag king that goes by Chris Crosby will be taking the stage. Their long hair lends perfectly to the glam rock look of this newcomer, and anticipation and excitement seem to be battling nerves while they spend time rehearsing for their performance. “I have not really met very many drag kings, queens are still the dominant aspect of drag. There is very different histories. There isn't really a space or opportunity for women to explore masculinity and different aspects of identity. I think it's really interesting and cool, and it can be used as that tool for advocacy and visibility for a cause that you care about. And it's fun!”

Criss-Carvoy was able to take advantage of her summer travel and make some connections that have been helping with preparation for this event. “When I was in D.C. I had the opportunity to meet a Drag King troupe, and it was mainly queer people of color, which is the source of all of this.” she relayed to me. “Prior to that I had mostly been exposed to the mainstream drag like Rupaul's Drag Race and Dragula which is centered on queens. The culture difference is really fascinating to me, and just underrepresented in the LGBT community. Queer women of color that are more masculine presenting are more absent from a lot of it. I think that visibility is really important.”

Like the rest of the members of Drag+, Criss-Carvoy is always conscious of the political importance of this artistic style. “At our campus there was someone that came up and asked us if we were trans-inclusive, and it's like, of course. We recognize that drag has come from trans spaces, but I feel like in the mainstream, like RuPaul has said some very controversial things about trans people not being valid in the drag world which is really problematic. I have just found my way into these group chats with kings from all over the place. Almost all of them are non-binary or trans, and it is such a tool and such an important queer art form.”

O'Donoghue is also acutely aware of the political climate, and the importance of showing respect to the history that gave birth to drag. “Something I struggle with in my own drag is that I come from an accepting family, and a middle class family, and I am not trying to give myself credit and say that I am so woke, but I do try to check my privilege.” he informed me. Taking a serious tone, he also said. “People will say that what I am doing is so groundbreaking and so revolutionary, but it's not hard for me, it's not dangerous for me, as this white, middle class, family supported, young gay guy. It's not hard for me to do drag. I haven't been kicked out of my home, I haven't faced this adversity. So it that way I struggle whether it is even appropriate for me to do drag. That is why I like doing these fundraising events.”

It has been through Drag+ that these students have found their tribe. “When I have these struggles it is my drag family that supports me.” O'Donoghue said. Years ago, when O'Donoghue first started doing drag, he had someone in his corner that hasn't gone away. Teresa Wroble has been a friend since childhood, was there to encourage him when he decided to dress in drag for his high school prom, and is still by his side both as a core member of Drag+, and part of the UAA Student Government that will be assisting with this next show. She is not a performer but said “I think it is good that we don't have all performers. It's a platform for young people to feel safe, and have space to perform. I always do feel a little bit like the odd duck out, because while sexuality is on a spectrum I do identify as mainly straight. I sometimes feel like it might be wrong for me to watch and enjoy the art form, because it's not really for me.” It is the community aspect of the group that convinces her that she is right where she belongs. “I think if anything it is a support system. We have a newer member that reached out and already feels like part of the family because we have this support system, and it's a way to enjoy art.”

As Drag+ makes last minute preparations for this show, they are also looking at some sort of holiday event. The performance aspect will continue to be a draw for many, but for O'Donoghue, what started as a way to get some stage time continues to grow, and he is beginning to see the reach that his dream achieves. “Just a couple days ago a teenager messaged me from Kenai. They asked about being able to join Drag+ and asked about the Haus of the Midnight Sun, (their drag family). It was a really full circle moment because there have been a few times that teens have reached out to me like that, and that was me two or three years ago. I really like being able to invite them to join us.” he said. Perhaps Criss-Carvoy summed up what the draw is perfectly when she said “It has taught me to have more confidence, and to take up space, and to live out loud, which my entire life I have been under the radar. Drag is out there, and it's awesome.”