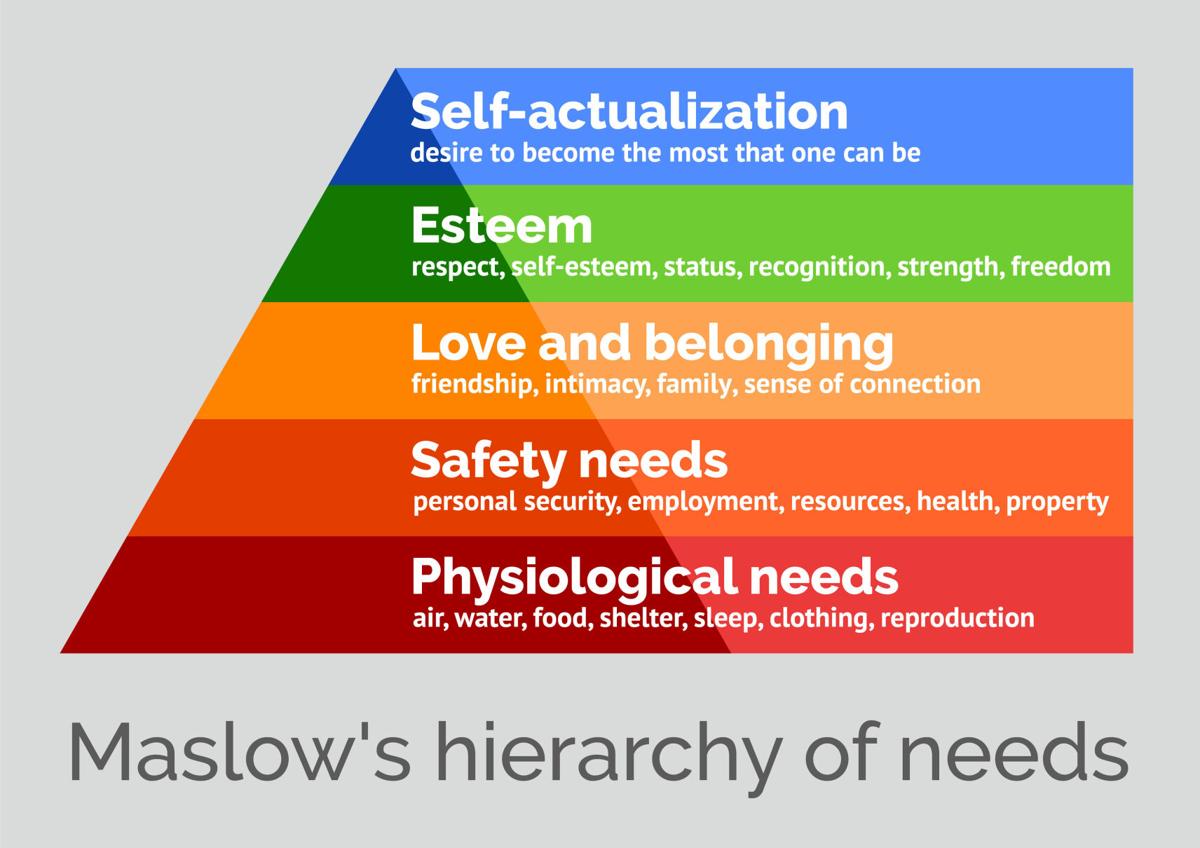 Maslow's hierarchy of needs, a scalable vector illustration on a neutral background 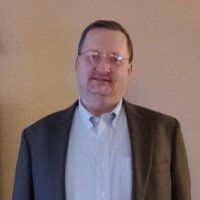 According to Forbes.com, the poverty rate in Alaska is 10.7%. The rate for Anchorage is 9%. Assuming those in poverty are wanting employment, and given the number of people in poverty, why is it that businesses say they cannot find employees?

“Now Hiring: $15 per hour,” “Hiring Smiling Faces up to $20 per hour,” “Now Hiring flexible hours and free meal,” are just a few of the signs I’ve seen in Anchorage over the last few weeks. On the radio I hear ads from all the major media outlets in Anchorage —iHeart radio, Ohana Media, Alpha Media, Gray Television — all looking for sales, marketing and account managers. ASE certified mechanics seem to be in short supply as well. Besides just hearing ads for such jobs, I had to wait 2 weeks to get an oil change on my wife’s car. The shop we use said they just don’t have the staff, so they are scheduling well in advance.

8.3% of people out of work, 10.7% of people in Anchorage are in poverty. Why can’t employers find enough workers?

Judy D (She asked me not to use her full name) is a student who wanted a part time job while attending university. She applied at over a dozen places that specifically said they were looking for both full and part time employees. She listed on paperwork that she was looking for part time because she is attending school. It took weeks for her to get a call back and only three employers responded. Judy said she had only applied at jobs where she met all the listed qualifications. Two of the places that called her back wanted her to work full time and in departments she had not applied for. Lucky for Judy, one employer offered her a part time job that would work around her schedule. She told me later that all the other places she applied at still have “Now Hiring” signs up. Why did more employers not respond to her applications?

Most of the jobs available advertise wages of $13 to $15 per hour. Can a person live on those wages? Are employers paying the wages advertised? The answer to both of those questions is an unequivocal no!

With the help of a few friends, I applied for several of the entry level jobs. With my assumed name I had a work history that would qualify me for each job I applied for and references to back up my work ethic. I got one call back; they had checked my references and offered me a job as a “day stocker” at a large retail store. The sign on the door said they were paying $15. Without interviewing me they offered me $12.

The government and most financial advisors say a person should not spend more than 30% of their gross income on housing, including utilities. The ideal is to spend 25% or less.

The numbers do not add up well. A person cannot afford to live in Anchorage making $15 or even $20 per hour. Housing alone is over 45% of gross wages; food and transportation (even if the People Mover was a viable option for transportation) add up to more than pretax earnings. These numbers don’t even factor in things like medical care and new clothing.

“Good jobs with benefits are entirely too hard to find. Wages have not kept up with inflation and the benefits workers get in most jobs are insufficient to the needs of working families,” said Joelle Hall, President of the Alaska AFL/CIO. “This can be different for union workers, but really, it shouldn’t be. Workers deserve a voice on the job, a safe workplace, and decent wages. If you couple the lack of all of this with the destruction of the daycare economy in Alaska and nationwide, it’s no wonder people have left their jobs and are not eager to go back. We need to have investments in the systems that allow folks to work — like daycare and assistance for ill family members — and we need a wholesale revaluation of what workers need to thrive in our economy. Workers’ wages are the basis of our economy, when we shortchange them, we short change us all.”

People who worked in service jobs pre-pandemic, who lost their jobs due to the pandemic, have fallen into poverty. If they were to go back to the same type of job now, they would still be in poverty, in large part because they could not get paid pre-pandemic wages, nor could they work the number of hours they worked pre-pandemic. These people are often better off not going back to work. Regardless of whether they were working or living on social benefits, they will still be in poverty. Shouldn’t working improve your standard of living?

Based on the above, I do not believe there is an actual shortage of people willing to work. Nor do I believe there are as many jobs available as the number of “help wanted” signs would indicate. While there is a small percentage of people who do not want to work, I believe that most people in our society would rather have a job than not. If jobs were available that would lift an individual out of poverty, those jobs would be filled.

A job must bring a person at least to the “Safety” level on Maslow’s hierarchy of needs. If not, a person is not improving their life and has no reason to work.

A local business owner told me that some jobs just are not worth more than minimum wage. He said that that is why they are called “entry level jobs.” I said I understood that and don’t expect a person getting their first job to make a lot of money, but that if there is a problem filling jobs at “entry level” wages, perhaps those jobs are undervalued. He agreed, saying that if he needs a job filled but can not fill it at the wage he has budgeted, he must reevaluate and decide if the job is worth more money, or if it is not necessary for his business.

Workers need to see and feel a tangible benefit for working. Going to work should lift an individual’s standard of living. If working does not improve an individual’s living condition, why work? I believe that everyone’s job is valuable and worth doing. Additionally, I believe that it is better to have any job than no joy. That has, at times, caused my family and I to have less income than we could have had if only I had gone on social benefits rather than work at an underpaid job.

Having determined that employers are not very responsive to applicants and that they try to get people to work for less than the advertised rate, it is no wonder people are not lining up to get these jobs. Were businesses to offer positions that paid livable wages, had decent benefits, and good working conditions, I believe that applicants would be lining up out the door.