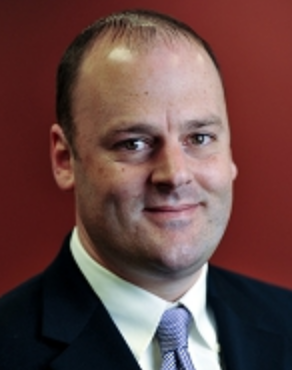 Dr. André Rosay is the head of the University of Alaska, Anchorage's Justice Center and is the principal investigator for the Alaska Victimization Survey.

A conversation about domestic violence in Alaska

Domestic and sexual violence in Alaska is pervasive. A recent story in the Press titled “A History of Silence: Alaska’s Struggle with Domestic Violence” highlighted what can happen when a violent relationship turns deadly and an organization working to help victims in need.

While the murder of Brandy Marie Sullivan, a mother of two, is a tragic end to a cycle of abuse, she’s not alone.

The Press recently spoke with Dr. André Rosay, head of the Justice Center at the University of Alaska, Anchorage. He is also the principal investigator for the Alaska Victimization Survey, the most recent of which covered 2015 and looks into domestic and sexual violence against women. Rosay has done extensive studies on the subject, helping to shed light on these issues and just how widespread they are in Alaska.

What is domestic violence?

What were some of your findings that stuck out to you?

There’s several. So, first of all, we found very high rates of violence throughout the state of Alaska. So our key finding, which is pretty consistent, is that more than half of adult women in the state of Alaska have experienced intimate partner violence, sexual violence or both. We knew the rates were high, but we never had a definitive number and now we do. So I think that was very important for us to have that number.

I know that you’re looking at this from a very analytical perspective, but how did that make you feel when you heard those numbers? Because that’s staggering.

Where there any other findings that you thought were notable?

I think the second one would be that the reason we did the regional surveys, at first we were hoping to find regional variations. So we were hoping to find that in Region A, the rates were much lower than they are in Region B. And then, that would have been important, because then we could look at Region A and say “OK, what are they doing? What’s going on? How are they able to have lower rates than everybody else?” But one of our main findings is we never found a region like Region A. We found high rates of violence everywhere in Alaska. I’d love to be able to tell you things are better in the Kenai or they’re better in Juneau or they’re better in Western Alaska, but they’re not. They’re terrible everywhere. So unfortunately, it doesn’t really help us to identify promising strategies to address this.

We did not necessarily have a priori hypothesis about this, but I think anecdotally, a lot of people would have said, “Oh, it’s high rates of violence because violence is high in rural Alaska.” It is, but it’s also high in urban Alaska. It’s high everywhere.

What do you think is the biggest issue regarding domestic violence in Alaska? It’s probably a complex series of things, but have you narrowed it down?

Unfortunately, I think you’re right. It is very complex, but the one thing that we can point out, in part because we found rates that were uniformly high throughout the state of Alaska, I think we do need to do a better job changing our norms and our values and be more clear in that domestic violence and other forms of violence are just not tolerated in our communities.

I think we’ve done a lot of good work to address and to change those norms, but I think a lot more still needs to be done. And when we compare the 2010 to 2015 data—this would be kind of the third key finding—the rates have dropped. So, without a doubt, we are making progress. It’s slow, the progress is not huge, but it is very meaningful. Because again, we’re talking about people that live here in our communities. People that we know. If we compare the 2010 to 2015 numbers, it’s thousands of women that did not experience violence in 2015 compared to 2010. So that’s a very big difference. We’re moving in the right direction, but we still have a very very long way to go.

Is there a relationship between alcohol and domestic violence in Alaska? Both [are] huge issues in the state.

There appears to be a correlation. From a research point of view, we have not established causation between alcohol and violence. That’s not to say there isn’t one, but from a research point of view, I can’t tell you there is or isn’t a relationship. What I can tell you [is] when we look at sexual violence in particular, if you look at rates with alcohol and rates without alcohol, they’re both high. They’re both unacceptable.

The one thing I would emphasize, I think often times we tend to think is “Well, if we get rid of the alcohol, we’re going to get rid of the problem.” That, I think, is a message that we need to change, because the cause of violence is not the alcohol. There is something else causing that violence to occur. Alcohol may make it worse, it may make it more frequent, but it’s not the underlying cause of the violence.

In the end, the cause really is about power and about control.

Is there any good news?

There’s a couple things. Kind of think historically, like where we were 10 years ago versus where we are today. I think today, there is greater recognition that this is indeed a problem here in the state of Alaska. Ten years ago, people didn’t necessarily agree on that. Some people said that sexual violence and domestic violence were problems and others were not necessarily convinced.

So, today, I think it would be much harder to find somebody that doesn’t agree that domestic violence and sexual violence are problems. That’s a huge accomplishment. Just having people acknowledge that, yes, we do have a problem, I think, is very important.

We’ve also seen, over the last 10 years, a pretty dramatic increase in prevention programing. Historically, this has been a tricky issue because the cause of sexual violence is with the perpetrator. And when we talk about prevention, we’re often focusing on potential victims. We don’t always focus on potential perpetrators. But over the last 10 years, I think we’ve resolved some of those issues and we have much more emphasis on prevention. And that does seem to be making a difference. Because, again, the rates are dropping. Slowly, but they’re dropping.

I think a lot of us that work in this area are quite concerned about the future. We feel like we’ve turned a curve, we’ve proven we can make a difference. We know how to make women in Alaska safer. We can do the work, but with the budget crisis we’re facing, we understand that not everything can be funded, and so a lot of us are worried that the focus we’ve been able to place on domestic violence is slowly going to go away. And to some extent, that’s already happened.