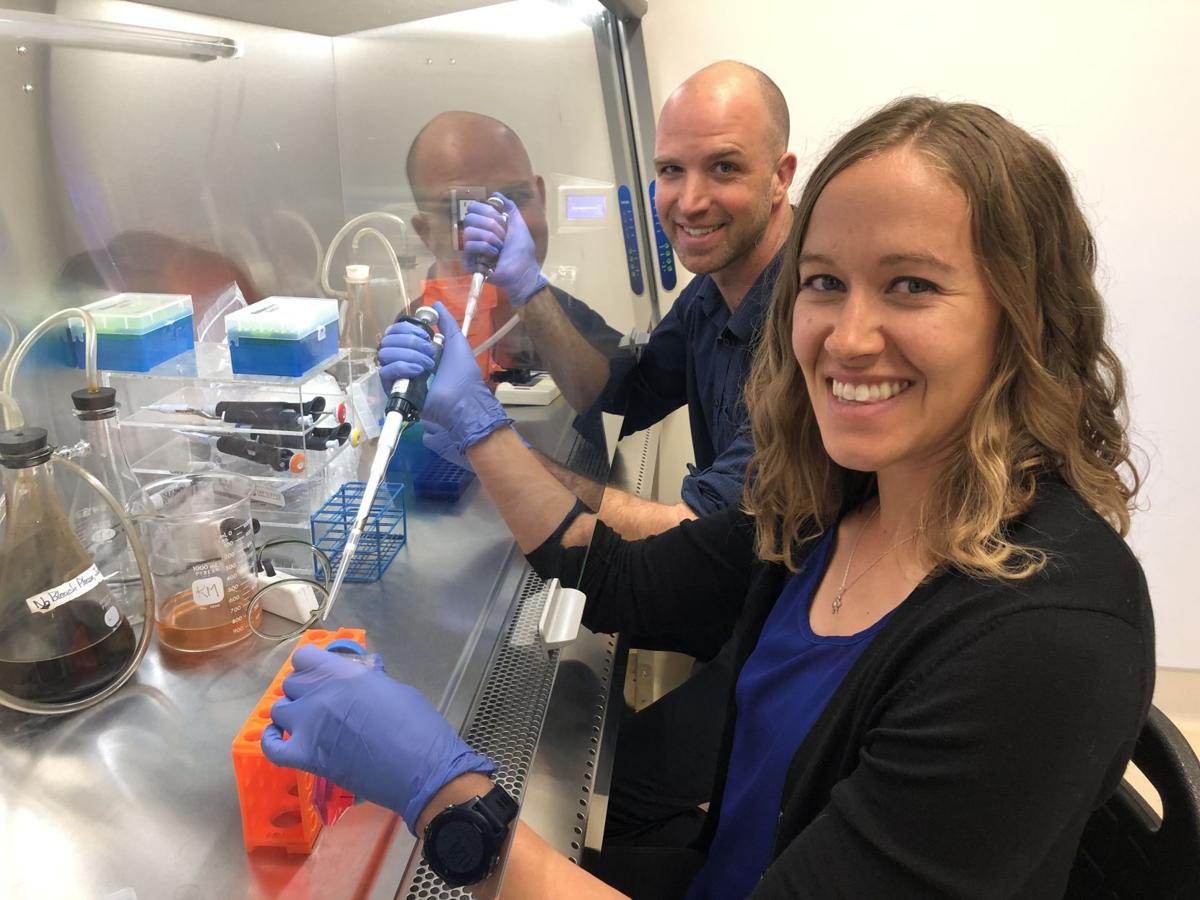 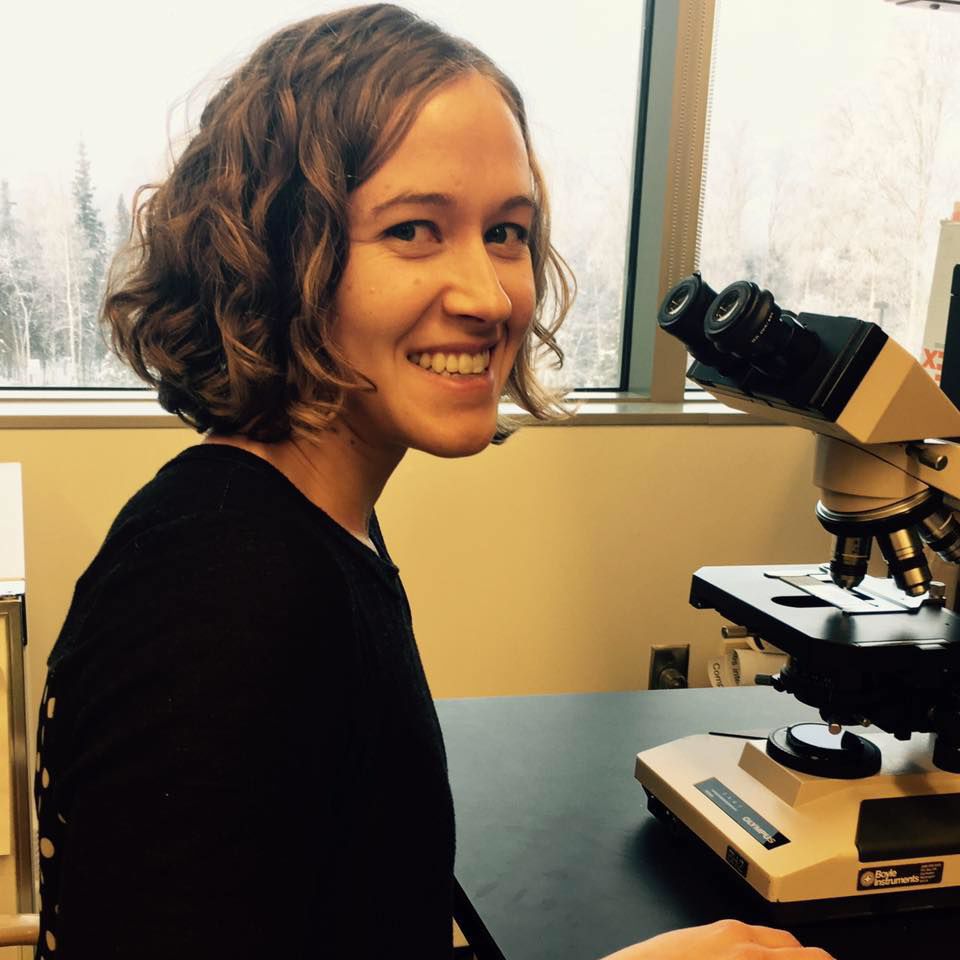 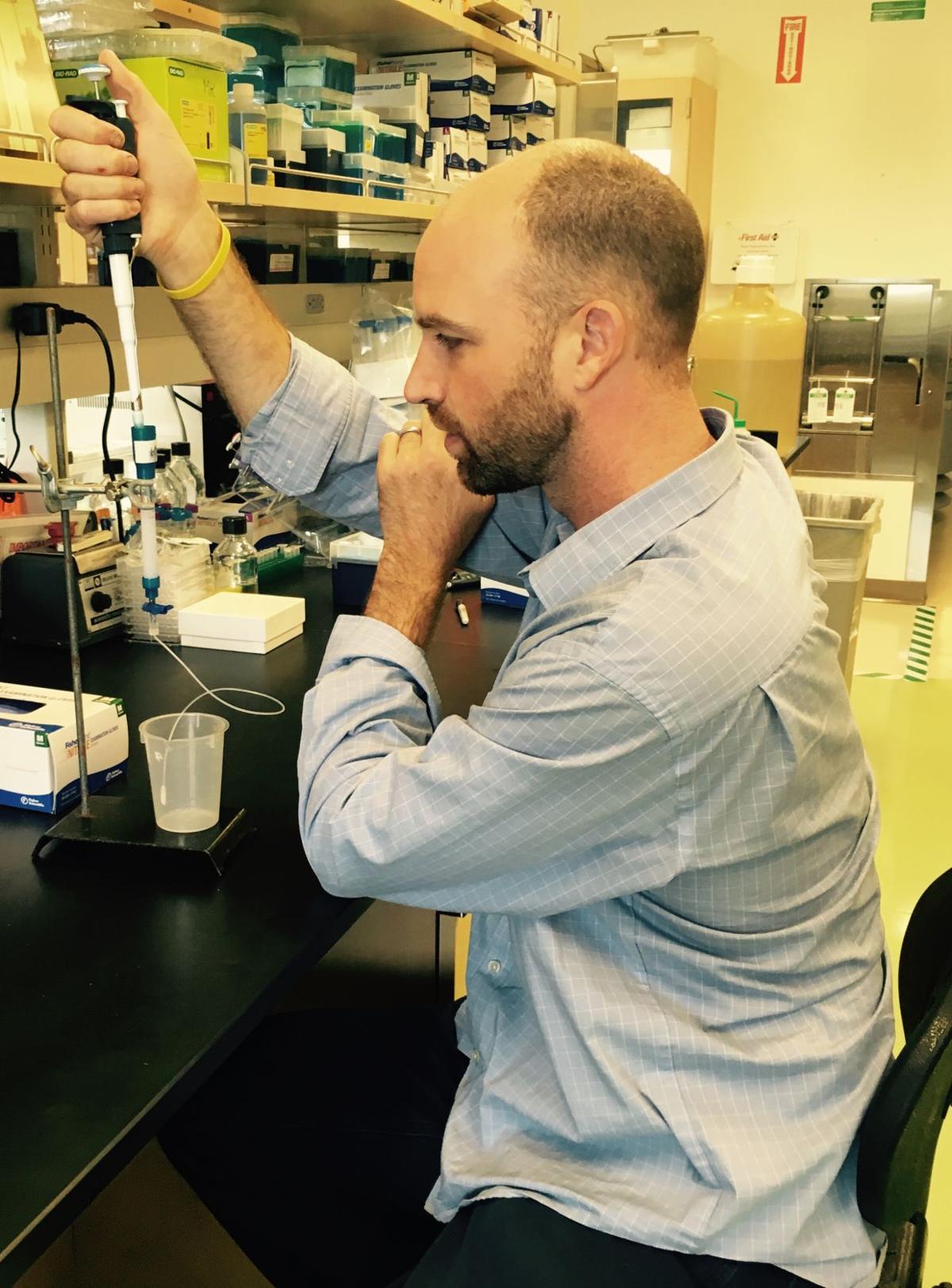 Imagine, if you would, a battle of the cells within the human body.

Actually, that shouldn’t be a real stretch. Battles go on every moment in the human body as it regulates itself.

Specifically, the battle referenced for this article is located in the breast. And it is a major one: One in eight U.S. women is expected to be diagnosed in their lifetime. In 2019, it is estimated that nearly 270,000 new cases in women and nearly 3,000 new cases in men will be diagnosed, according to the website, BreastCancer.org.

An ambitious husband and wife research team at the University of Alaska Anchorage are bucking the odds that ground-breaking research can – they say, “does” – occur on the Last Frontier.

Meet Drs. Max Kullberg andHolly Martinson – two homegrown Alaskans that met over scientific equipment, fell in love, married, worked in the Lower 48 for a few years, had a couple of kids, earned their respective PhDs and came back home to teach and tackle the challenge of coming up with a way to translate treatment methods with respectable effectiveness in other cancer types to accomplish the same rate of success in breast cancer.

They’ve got their work cut out for them.

But with a combination of grants from the Alaska Run for Women and the National Institute of Health, Kullberg and Martinson are building on their previous research to achieve this scientific goal they believe could lead to a treatment delivery system that avoids the bulk of the nasty side effects of chemotherapy.

“As of now, a lot of the chemotherapy available to breast cancer patients is based on mustard gases from World War II and while it does kill the cancer cells, it is almost killing the patient at the same time,” Kullberg said. “We need to have something new and better to offer breast cancer patients.”

That something better, he and Martinson believe is the use of nanoparticle drug delivery. The technology is gaining scientific exposure and respect as its highly-targeted cellular level delivery is showing promise in numerous research studies as a way to reduce dosage and dosage frequency in treatment protocol.

Just so happens that Kullberg has created – and is applying for a patent – for a specific nanoparticle delivery system named the “C3-liposome system,” that he and Martinson are using to demonstrate breast cancer reduction in mice.

The nanoparticle is the delivery system linked to the idea that improving the patient’s immune system can lead to the elimination of cancer cells in the body.

Kullberg and Martinson believe that immunotherapy – basically revving up the body’s own immune defenses – could be as effective in breast cancer as it currently is for melanoma – a skin cancer – in which, depending on the study, anywhere from 30 to 40 percent of diagnosed patients are cured by immunotherapy.

So, just how is this occurring? To answer that question, we have to go back to the battle that Kullberg and Martinson are engaged in.

This fight in the breast is between T-cells, which are the good guys contributing to immune defenses and alerting other cells when an invader such as cancer is present, and the myeloid cells – especially the immature ones – that are formed in bone marrow. Being immature cells or what science labels as myeloid-derived suppressor cells, these cells can succumb to the peer pressure from cancer cells recruiting them to help grow a tumor.

Of course, this is a very non-scientific over-simplification of a biological process that impacts millions of women in the United States every year. Yet, in layman’s terms, this is what occurs in the breast of every woman diagnosed with cancer.

Finding a way to give the T-cells an edge in their battle against misbehaving myeloid cells is again an over-simplification of the current research work of Kullberg and Martinson. But it is the goal they work toward every day as they study the lab results from work mostly with mice and some human samples from patients diagnosed with breast cancer.

“We are working to alter the function of the myeloid cell and reprogram it to be anti-tumor to get it come over to our side of the battle against breast cancer,” Martinson said. “There is the possibility that we are in the right position to put a major dent in breast cancer.”