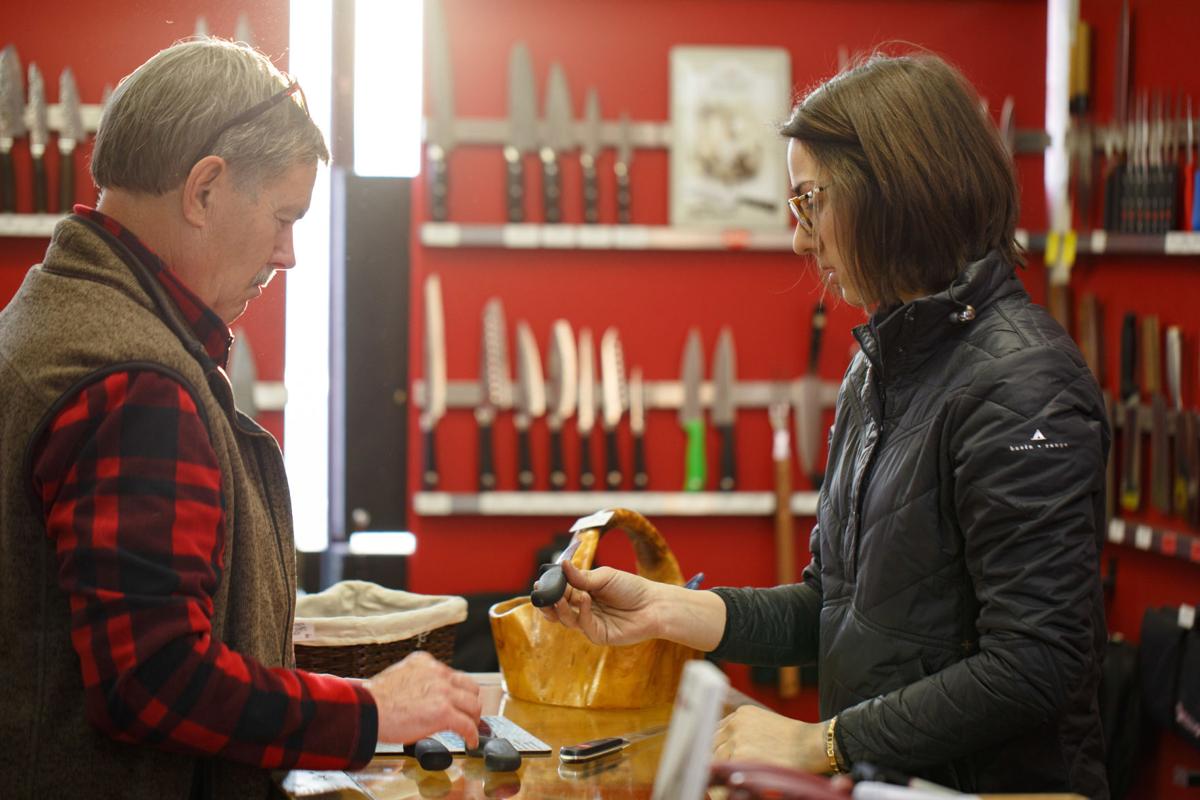 Lori Koeneman speaks with a customer at Northern Knives 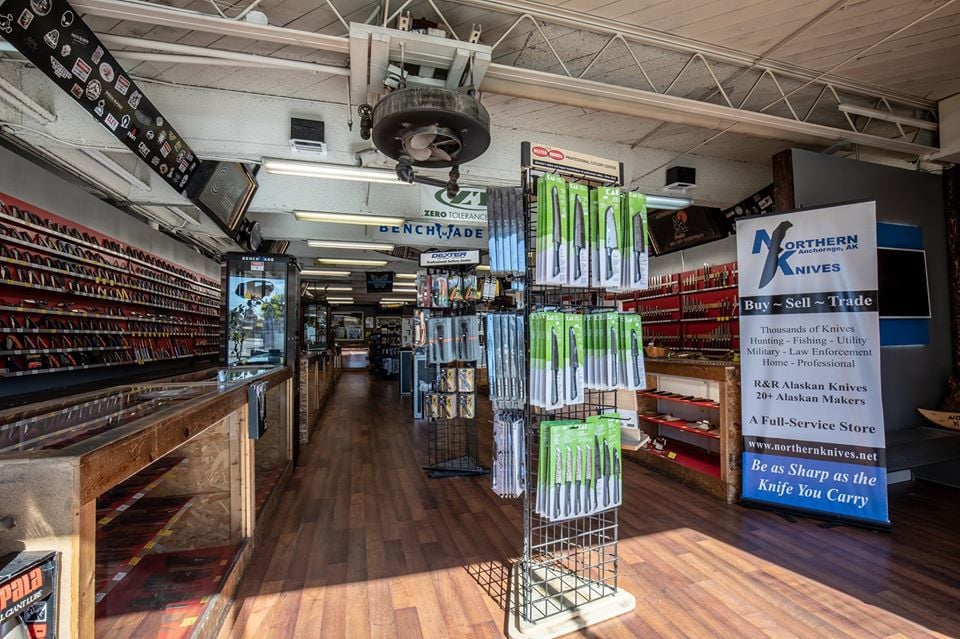 Three of the ‘regulars’ at Northern Knives

Lori Koeneman speaks with a customer at Northern Knives

Three of the ‘regulars’ at Northern Knives

Northern Knives is an Alaskan institution. America’s largest full-service knife shop West of the Mississippi, Northern Knives has been around since 1996, and according to co-owner Lori Koeneman, the entire venture began out of a single glass case. After three years of good fortune, then-owner Ray Thibault moved the enterprise into its current landmark location on East 5th Avenue, the original site of the Great Alaskan Bush Company.

Lori was a barista at the downtown Kaladi Brothers when Ray’s son Ryan stopped by one morning for coffee. When a customer had a particularly unruly outburst, Lori says she swiftly handled the situation, and that Ryan was impressed. “He said he didn’t know how he would’ve handled it,” Lori says. “But he came back the next day, gave me a knife, and offered me a job.”

At the time, television producers had been scouting Northern Knives as a possible basis for a reality show. This was, after all, the era of the Great Alaska Reality Show — a time that brought us ‘Deadliest Catch’, ‘Alaska State Troopers’, ‘Ice Road Truckers’ and ‘Big Hair Alaska.’ What TV producers said Northern Knives needed was a strong female lead, and Lori fit the bill. While the show unfortunately never made it to air, Lori quickly found a strong interest in the business, quickly learning the ins and outs of knifemaking and sharpening.

After a few more years, the Thibault men both decided to move on from knives. Ray sold his interest to longtime friend Mike Wertin, and when Ryan decided to follow, Lori was his first choice to take over. Since 2014, Mike and Lori have been steadily building the business into what it is today.

Once the duo were able to buy out Pete’s Tobacco next door — now branded as 5th Avenue Cigars — they had total freedom to rework the floor plan for the entire building. A remodel to increase floor space, a new workshop, a fiber laser for engraving, a titanium anodizing workspace, and added just this month, a Cerakote lab, which allows the shop to apply a thin layer of ceramic coating to knife and gun parts to protect against corrosion and wear. Northern Knives publishes bi-monthly knife and cigar reviews on YouTube, and the next plan is for a 2100 square-foot cigar lounge, complete with NFL Sunday Ticket package and several big-screen TVs.

“We’ve refined what Ray started,” Lori explains. “It makes him proud. Not all businesses succeed after they’ve changed hands.”

At Northern Knives, Three Dog Knife (3DK) is the house brand. Fabricated from the ground up, Northern Knives makes their most-popular Multi Animal Knife (M.A.K.) using four different premium steels and handles that range from synthetics to exotic natural materials: walrus ivory, whale bone, oosik, and most recently, fossilized wooly mammoth tooth. While NK guarantees 3DK knives for life, Lori says that nobody has ever brought one back. But they do ship around the world, and they’re developing a worldwide reputation. When the alt-rock band Incubus played Anchorage in the Summer of 2018, the band made a point to visit Northern Knives.

Mike and Lori make a point to always offer free every day carry sharpening for military, and regular discounts for service industry chefs and cooks. They also offer deep discounts to anyone who takes the time to write out a positive shop review on social media.

“We take pride in what we do,” Lori says. “It’s our name out there, and somebody spent so long before us to build that reputation.”

For Black Friday weekend (Fri-Mon) Northern Knives will sell all 3DK knives 20% OFF at their website, NorthernKnives.com. They will price-match any factory-made kitchen or foldable knife in stock.