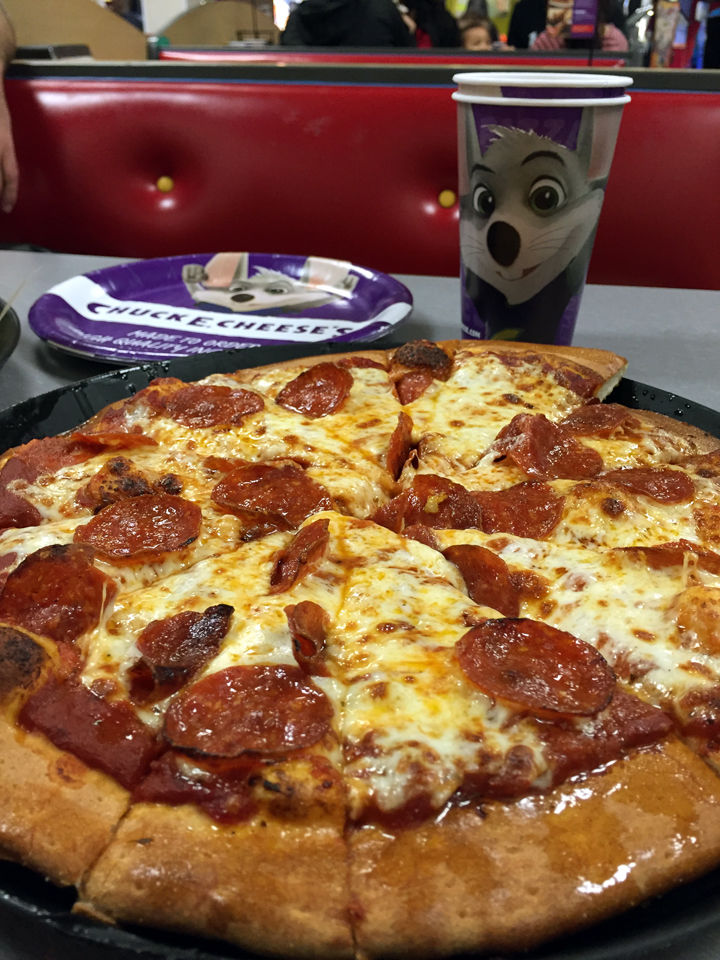 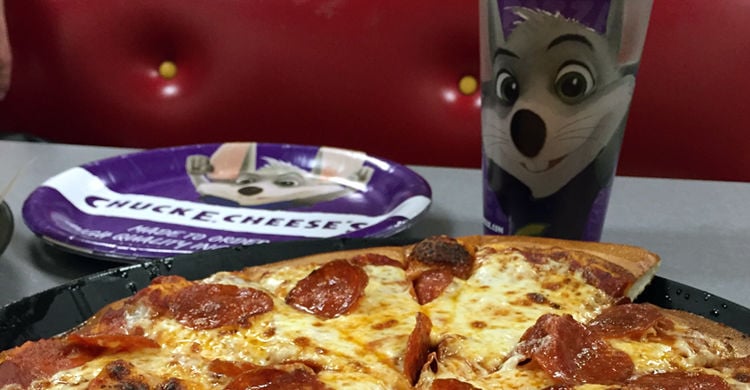 It was my first time. There were flashing lights everywhere, loud music and bodies pushing by me to get through the crowd. I didn't know where to look; there was something happening all around me, making it hard to focus. Then across the room, a life-sized mouse began greeting people, some sort of celebrity. He was surrounded, hands tugging at his shirt for handshakes, hugs and autographs. They all wanted a piece of the big cheese.

Admittedly, I was on some painkillers after having oral surgery earlier in the week, but I wasn't hallucinating. I was at Chuck E. Cheese.

I don't have kids and don't plan to any time soon (Sorry, Grandma). Due to the current state of affairs in the world, amusement centers have had to implement policies like Chuck E. Cheese's trademarked Kid Check, where everyone in a group gets a unique hand stamp upon entry, which is verified when the group leaves. This "come together, leave together" mantra is what makes Chuck's so successful.

It's for this reason that it would have been strange for two adults to come by just to try the food. We convinced our friends to tag along with their son and his friend. It won't be so bad, I thought, having done some internet reconnaissance. According to the website, they served beer and wine, plus they have a new menu aimed at adults.

My husband and I arrived early to meet our friends for dinner on a Sunday evening, yet the parking lot was chock-full and other vehicles were driving a circular holding pattern looking for an open spot. We opted for parking near Barnes and Noble and walking across connected lots.

Once inside, we waited in line among other adults and their children. When it was finally our turn to get our stamps, the teenage employee looked at us quizzically.

"We're meeting friends here," I replied, sure that he was making note of us, but letting us in regardless.

The two-story family fun center was abuzz with activity. A dueling dissonance of games and children competed to see which could reach a higher decibel level. The large seating area was filling up quickly and tables that weren't taken had reserved signs. We ended up finding a table in a corner near the emergency exit-easier to escape in case of a stampede.

Our friends arrived and purchased tokens for the boys, who then ran merrily away.

To order, we stood in line at the counter near the entrance where staff both took orders and exchanged tickets for prizes. With two registers, and only one in use, we waited for quite a while as pint-sized humans weaved in between us and other stationary objects.

It was then that we found out the Anchorage location  serves neither beer nor wine, so we got each person a regular-sized beverage ($1.99 each).

Afterward my friend and I headed to get our drinks from the soda machine while our husbands held our table. Next to the soda station was the salad bar, a popular menu item, though it had far fewer offerings than the website stated. My friend's husband decided against a salad because the youngsters were too small to make the sneeze guard effective, but tall enough to reach it with their hands. While the soda syrup mixed into the carbonation inside our paper cups, Christmas music blared directly down on us from the speaker overhead. I wondered if this was one of the nine circles of hell.

Back at our table, we got a chance to take everything in. There were families of all shapes and sizes, representing the truest cross-section of Anchorage's population that I have seen since moving here just over a year ago. Our guess as to why: the children.

This place serves its purpose and it's not for the adults, our friend said. As a parent, you do things like this for your kids, not adding the 'even when it makes you miserable.'

When the pizzas arrived, the boys resurfaced. As expected, they steered clear of the white sauce pizza and stuck to the pepperoni. Our experts gave Chuck's version of the kid-favorite a combined rating of seven and a half out of 10. Both really liked the garlic-butter rubbed crust and agreed it was heavy on the sauce: about 60 percent sauce versus 40 percent cheese and pepperoni.

The Cali Alfredo pizza was another win for Chuck's. The adults all really enjoyed the garlic-butter crust, and its elevated flavors of spinach, sausage, chicken and mushrooms atop a creamy Alfredo sauce were a pleasant surprise.

Unfortunately in the chaos, the employee who brought out our pizzas took our table number but forgot the rest of our order. After getting it sorted out at the front counter, the food was delivered a few minutes later.

The wings were small, heavily breaded bits that had good flavor, but missed the mark when it came to texture. Our party gave them mixed reviews with a general consensus of 'meh.'

The wrap was the same. Served in a whole wheat tortilla, it featured the same bits of chicken breast that were on the adult's pizza, with romaine lettuce, Parmesan cheese and Caesar dressing. For the weight and carb conscience, this is a nice option but know that it is grab-and-go case quality.

Our friends were old hand at Chuck E. Cheese. Noting the overstimulation in our newlywed eyes, they graciously excused us after the meal while the boys made the most of their precious tokens. We were gifted with another strange look as we left as two adults without a child.

As the weather continues full steam ahead into winter, Chuck E. Cheese is a good indoor activity for kiddos, especially en masse. If you decide to sample the fare, stick to what they do best-pizza. After all, that's what the kids will want and you're probably not there because you like neon décor and animatronic mice.