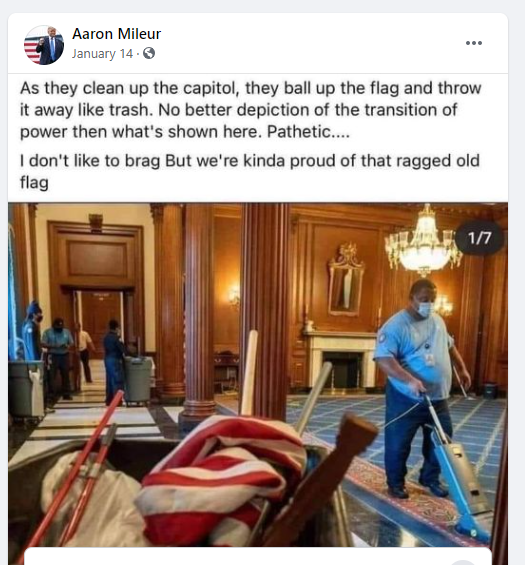 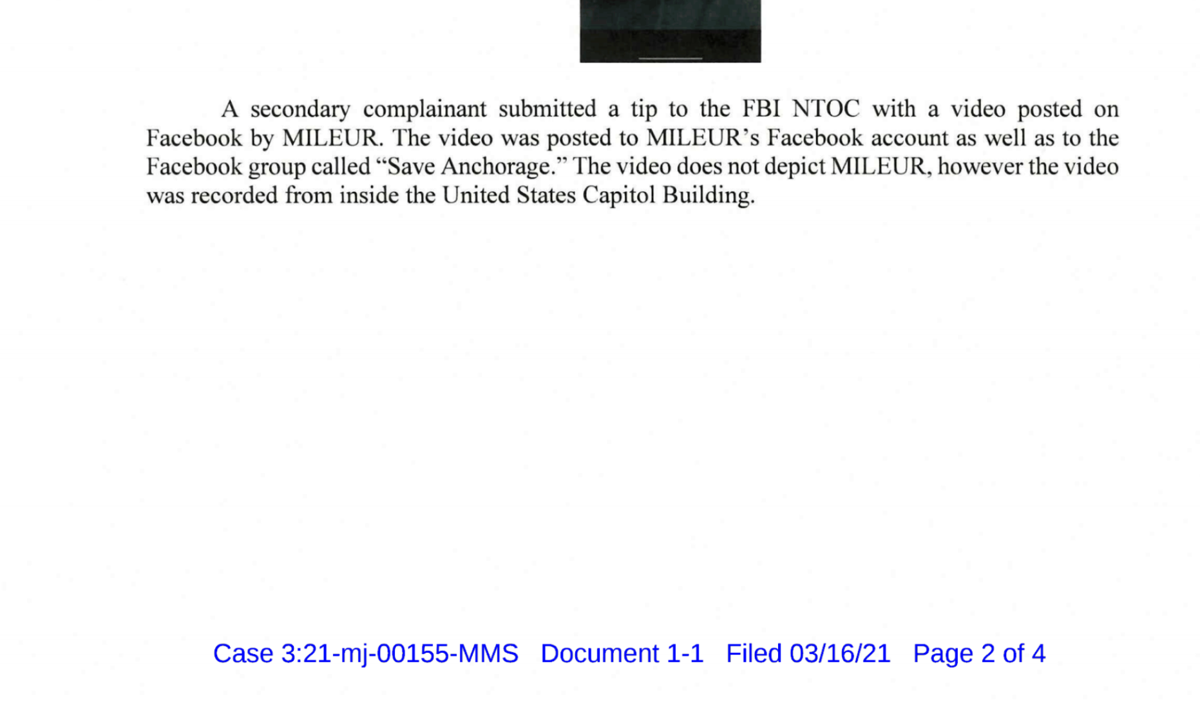 In reporting by the Anchorage Daily News this afternoon, Aaron James Mileur was arrested on federal charges of taking part in the attack on the U.S. Capitol on Jan. 6.

A search of the controversial Anchorage-based Save Anchorage Facebook group appears to show that Mr. Mileur is a member of the group. Mr. Mileur "reacts" to posts and comments within the group.

The Save Anchorage group is directly mentioned in the FBI's Statement of Facts,where a video related to the Capitol Hill insurrection is reported to have been posted to the group by Mr. Mileur.

"The 9,000 member Facebook page, which is now private, has also contributed to a spread of misinformation about the pandemic, the city’s public health measures, the homelessness situation, and other issues. Members routinely share information that has been debunked — among other things, that masks are ineffective or unhealthy, and that reported data on COVID-19 case numbers and deaths due to COVID-19 are being falsified."

A post made to Mr. Mileur's Facebook page on January 14, 2021 purports to show a picture of Capitol Hill workers cleaning up after the insurrection on January 6.

In the caption written on the picture. Mr. Mileur allegedly wrote that cleaners "ball up the flag and throw it away like trash. No better depiction of the transition of power than what shown here. Pathetic…"

In another post taken from Mileur's Facebook account on February 9, 2021 Mr. Mileur asks, "What's really going on?? Is biden really President???," and posted 33 different statements related to his question, a few of which are listed below:

It's not clear if Mr. Mileur subscribes to the QAnon conspiracy theory which is not "fabricated," as some far-right bloggers have alleged.

This is a fluid development and more information will be provided as it becomes available.