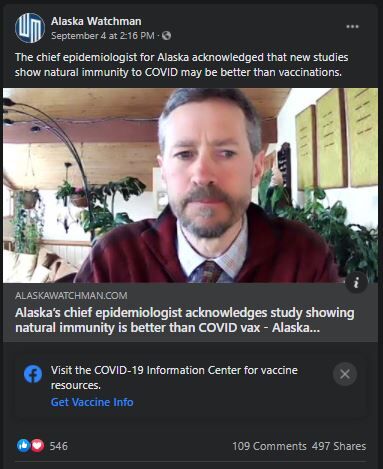 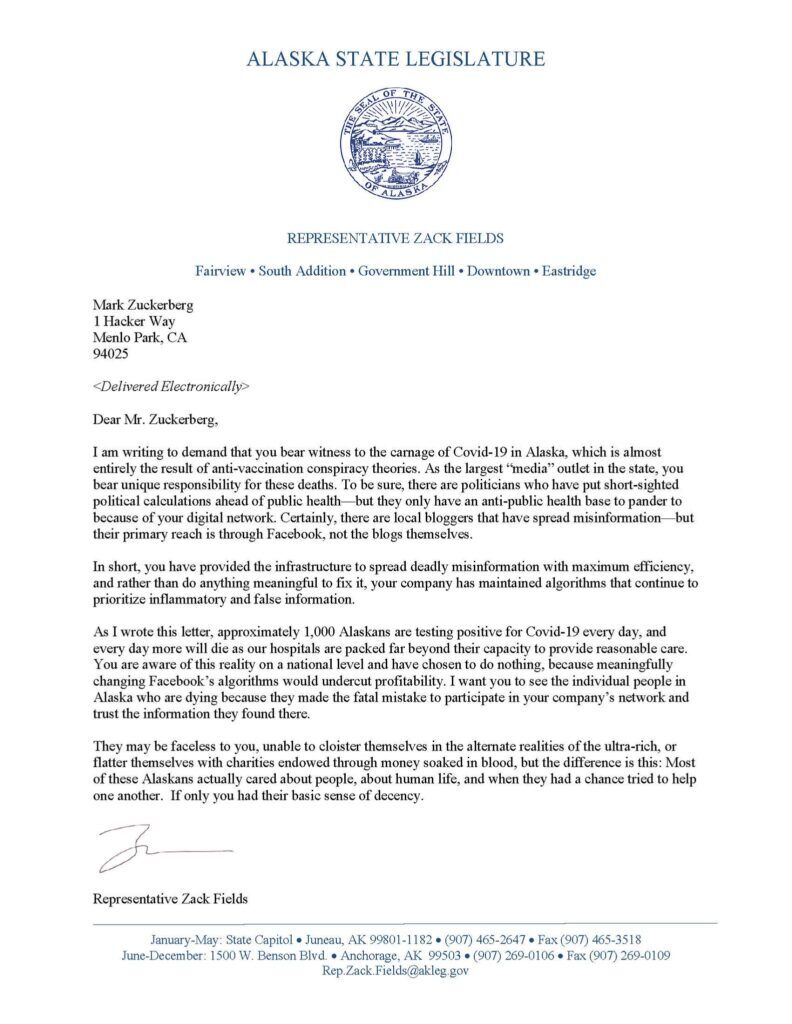 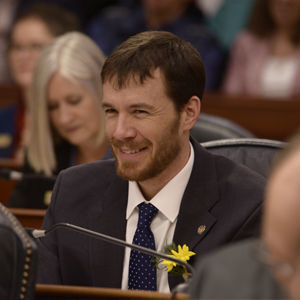 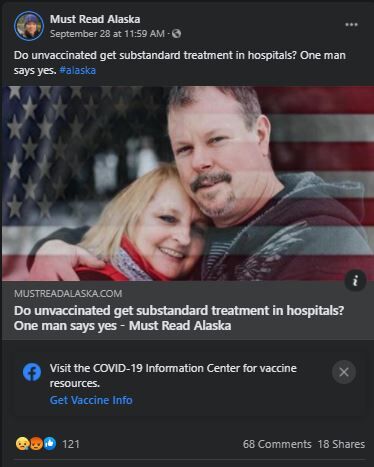 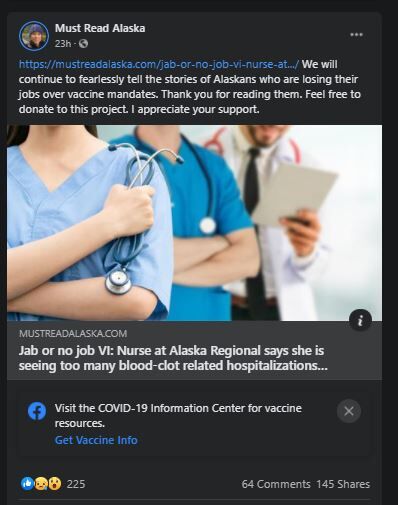 Alaska Representative Zack Fields sent off a fiery letter to Facebook last week in which he called on Facebook CEO Mark Zuckerberg to bear witness to the carnage of COVID-19 in Alaska which Fields says is almost entirely the result of anti-vaccination conspiracy theories.

In his letter, Fields took aim at “local bloggers” who he says have spread misinformation utilizing the social media platform as their primary methodology for delivering COVID-related misinformation to readers. Fields wrote that Facebook has provided the infrastructure to spread deadly misinformation with maximum efficiency and thus far has refused to do anything about it, permitting Facebook’s algorithm to prioritize inflammatory and false information.

Rep. Fields included screenshots of content published by local bloggers that he believes are examples of misinformation.

A September event organized by East Anchorage assembly member Jamie Allard and which was attended by Mayor Bronson and members of his administration, was billed as a “listening session” for healthcare workers who claimed they were being discriminated against by employers who enacted vaccine requirements.

Legitimate healthcare workers were thin on the ground at the event, which was mostly political theater where members of the public shared COVID-19 related misinformation. Video clips of the event began trickling out on right-wing social media and one of those clips was flagged as “partly false information,” by Facebook fact checkers.

The video clip, posted by Must Read Alaska to its Facebook page, contains “partly false” information related to causality in adverse events after vaccination and directs readers to this link. Must Read Alaska’s post has been shared more than 1.7k times, which is perhaps a textbook example of how misinformation spreads quickly online.

On September 21, East Anchorage assembly member Forrest Dunbar took to Twitter, writing that “Alaskans will die that would not have died but for the policy decisions of Dave Bronson and the disinformation spread by Jamie Allard and Suzanne Downing.”

Fields’ letter to Facebook can be read in its entirety below.