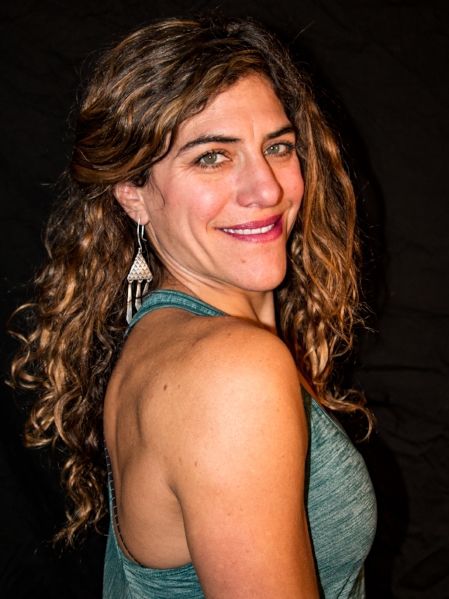 The temperature may be unseasonably warm and the streets of Anchorage disturbingly snow-free, but the blessings bestowed upon urban Alaska by climate change haven’t done a damn thing about the orbit of the Earth in its relation to the sun. Darkness is still dark as ever, and without snow to reflect the light available, Seasonal Affective Disorder is bound to be more even more intense than usual.

The tool Alaskans probably turn to most is what’s known as the SAD lamp, which emits light meant to replicate that the absent sun might’ve.

Joe Vergnetti is a pharmacist at Lake Otis Pharmacy. He says sales for light boxes soar this time of year and his biggest seller is the Sunbox Jr. He said that whatever model you go with, the key figure to look for is a minimum of 10,000 lux in the lighting system.

“You need serotonin to take over melatonin in the body and if it’s not bright enough it’s not going to start that process in our systems,” Vergnetti said. “If it’s not 10,000 Lux it’s not doing anything. The cost you’re going to pay for that, you might as well pay for the right one.”

Vergnetti recommends starting daily sessions with a SAD lamp as early in the morning as possible.

“15 to 45 minutes at the closest to 4 in the morning is optimal, per medical doctors and psychiatrists,” he said. “I’m not telling people to get up at 4 a.m., but the closest to that time period you can in the morning. If you’re a little tired in the afternoon, bump it up 10 minutes midday.”

Optimally, Vergnetti said, a fighter of the SADs would start the process while it’s still summer.

“It’s never too late (in the year) to start mid-to-late August when just start losing a lot of daylight — when the equinox turns over and you start to have a problem. The lack of snow on the ground (now) makes it just not bright enough.”

In addition to light box therapy, Vergnetti said supplements and diet are important.

“Vitamin D — we have an excellent selection of Vitamin D,” he said. “Take that with the light, stay away from carbs, get out of the doldrums and do something… Exercising is good, good diet and sleep is always good.”

Another Alaskan solution to Seasonal Affective Disorder is consumption of alcohol, which Lake Otis Pharmacy does not carry and which Vergnetti does not recommend.

But there are lighting solutions that go beyond a simple lightbox that can run you between a few dozen and a few hundred dollars. The Sun Kissed Alaska tanning salon on Arctic and International Airport Road has Alaska’s only FDA-endorsed KBL red light therapy booth. It set Sun Kissed owner Terry White back about $27,000, but it only costs you $20 to walk in, or all-you-can-eat at $90 per month.

White said he was turned on to the concept of red light therapy by customers of his tanning beds.

“Many clients were coming in and saying, ‘have you seen this info on red light?’ I had to keep saying ‘no’ so my wife and I started doing our homework to see the benefits to red light, then we flew out of state to use one,” White said. “I felt something — I can’t say what, could have been placebo, but I started digging into the info and found out the government had only blessed this bed, so that was the one I wanted.”

That was a year-and-a-half ago and since then White has become his own best testimonial, showing a barely visible scar on his left forearm that, he said, had been accompanied by unsightly marks from stitches.

“It causes the body to produce collagen because as we age we lose collagen,” White said. “We probably have 10 people a day currently using the red light booth… I have some people who come in specifically for SADs, but a lot more people come in for scars, car wrecks, elective surgeries, un-elective surgeries — they find that their scars are diminishing.”

White said he, too, suffers from Seasonal Affective Disorder and has found the red light therapy helpful in that.

“The first time I did it it felt like a cup of coffee. I felt energized but without a crash at the end; that back end didn’t give me a crash… In fact, going to bed took me a while,” White said. “I actually suffer from SADs, so it’s a real plus owning a tanning salon. If I don’t do the red light once or twice a week, I start going downhill quick.”

Some Alaskans, however, might want to look more within for solutions to the darkening darkness. Svia Rothstein, owner at Open Space Yoga at 630 E. 57th Place in Anchorage, has proscribed Yoga-related Ayurveda classes tailored to combat Seasonal Affective Disorder.

“There are three doshas (biologic energies) and in each person, one is predominant,” Rothstein said. “That also ties into the concept of the seasons, so in wintertime your lifestyle habits would adapt to accommodate the darkness and the dry temperatures; the practices of what you put on your skin, put in your body — it affects how your body adapts.”

At least as important as those concepts, Rothstein points out, is the necessity of getting out of the house and fighting the good fight alongside fellow SAD-fighters.

“Having lived here now for 20 years, I would say that showing up, my big thing is community — showing up for your community, getting outside what’s going on in your own hamster wheel, contributing, getting involved,” she said. “You might say, ‘I’d really love to go to that Ayurveda course or that dance class — it looks so interesting — but it’s dark and home is cozy, so in the end, we kind of feel down. People get stuck in wintertime.”

Svia defined Ayurveda as a whole-life, sister discipline of Yoga. Her Ayurveda regimen includes the simple, but disciplined exercise of drinking a warm glass of water before drinking coffee or anything else in the morning. Rothstein said the fourth week of January and each fourth week through May, Open Space will be hosting a Ayurveda-inspired class aimed at seasonal depression called the Grow Together Support Circle.

“The idea is that you have to get out there to mingle with the community to combat SAD, and I want to double back to that, that if you don’t come to the circle, you’ll never know everyone else is going through this,” she said. “”Actually participating in community-based experience contributes to that wellness, whether that’s volunteer work — Karma Yoga is the Yoga of service.”