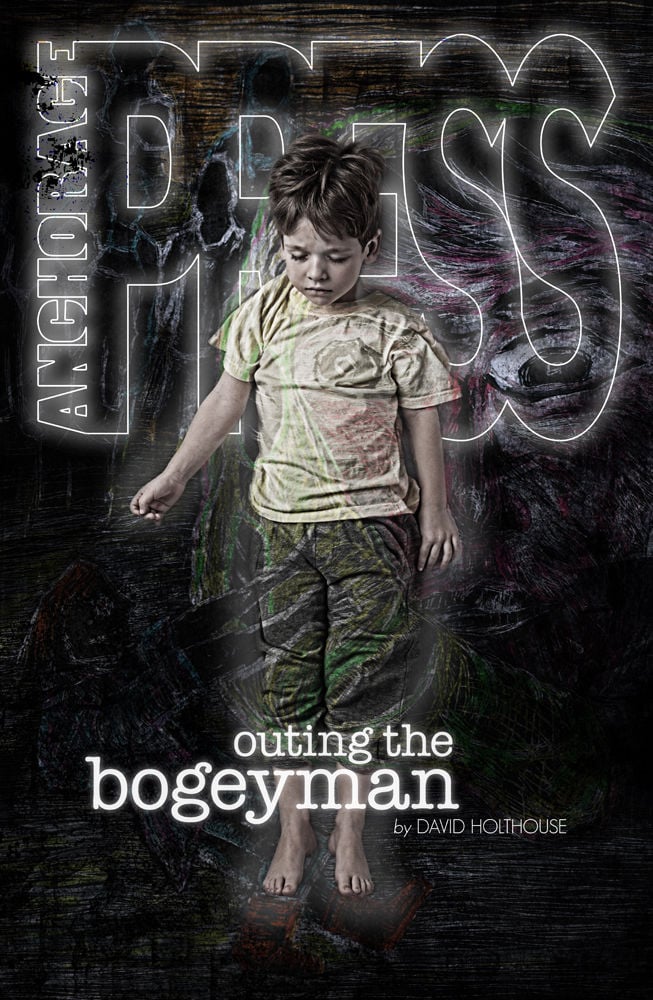 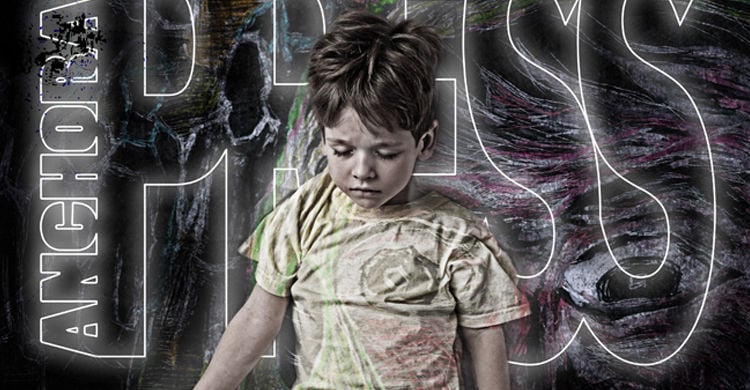 I am going to destroy a man and I want you to bear witness. It's important that I have witnesses. Because I am writing on behalf of a little boy who long ago suffered in secret. He grew up to become a writer who is about to destroy a man with two words and one letter.

I'm taking a life for a life, because childhood sexual assault is a form of murder, and he's guilty of it. Whoever I was going to be without a childhood stripped of innocence was extinguished in the fall of 1978 on the night he raped me. I was seven years old.

I have no mercy left for this man, no forgiveness. My vengeance is not cold, not sweet, nor righteous. But it is necessary.

I made a promise. And now I mean to keep it.

This particular rapist of children has been infamous, though unnamed, since the spring of 2004. I was living in Denver then, writing for Westword, a weekly newspaper. The year before, I had learned that the man who'd raped me when I was a child was living nearby in Broomfield, Colorado, a suburb where he still resides. I decided to murder him. I bought a gun, and a silencer, and I made a plan. I stalked him off-and-on for most of a year, learning when and how he moved through life, finding the right place to reintroduce myself and end him.

Then either by chance or divine intervention, and I'm not sure there is a difference, my mom and dad cleaned out my old room, not long before I planned to carry out the murder, and they found a childhood diary in which I'd written of the rape and named the rapist. His parents were longtime friends of theirs. My parents called me and asked me if it were true. Caught off guard, I confirmed it. My mother then called the rapist's parents and told them what their son had done, so long ago.

I'd been confident I could get away with killing him because only he and I knew the motive, and he would be dead. That was no longer the case.

So I decided to test the old adage of the Mac being mightier than the Glock. I began writing a personal essay about his raping me, about plotting to kill him, and about the lifelong aftermath of childhood sexual assault. I planned to end the piece with his name, to gun him down in print.

I called him on the phone and confronted him, recording the conversation, planning to use it as evidence. He told me he was sorry for what he'd done, without being specific. He agreed to meet in public two days later.

We met on the 16th Street Mall in downtown Denver. I was carrying a backpack containing a hidden microphone, a recorder, and a semi-automatic 9mm with a round in the chamber.

Our conversation was recorded. Here is how I described one part of it in the cover story that was had its world premiere in Asheville, North Carolina in September 2013, then opened at New World Stages in the Manhattan theater district last September.

The actor who played the Bogeyman in the New York production, Erik Heger, is the son of Dr. Astrid Heger, a Professor of Clinical Pediatrics at the USC Keck School of Medicine and the founder of the Center for the Vulnerable Child.

Over the last three decades, Dr. Heger has directed the evaluation and treatment of more than 50,000 victims of childhood sexual assault. On the play's opening night, she approached me outside the theater. She asked me a question I'd faced a thousand times before: "Do you believe he was telling you the truth?"

I gave her my stock answer: No way to know for sure, if I had to bet one way or the other, I would bet he was lying, but in the absence of hard evidence, I feel I have to give him the benefit of the doubt, which is why I haven't named him, etc.

Dr. Heger did not go easy on me. "I guarantee you he was lying," she said. "He's still controlling you. You believed him when he threatened you as a child and now you believe him as an adult, so you're still protecting him."

I asked how she could be so certain. "Because they're great liars," she said. "And because they never stop."

I asked her how many victims she thought he had by now.

It took her a moment.

She left me with this thought: "Don't ever think that you are obligated to forgive him. Forgiveness is overrated."

Five months after that conversation with Dr. Heger in New York, I was in Juneau, writing through the night on a presentation I gave the next day at the state capitol building in support of Erin's Law, which requires public schools in Alaska to teach children how to protect themselves from sexual predators, and how to report past or ongoing sexual abuse.

I knew that I wanted to correct a widespread misconception by making a clear point that child "molestation" only translates to fondling in 60 percent of cases. In the rest, as with me, a child is forcibly raped.

Every day of my life, I relive the worst experience of my life. But the memory is wrapped in protective gauze. That night in Juneau, I peeled back the gauze to bring the painful recollections into sharp relief so that I could articulate the point about "child molestation" often being a euphemism for rape.

I wrote that "from the time he invited to go downstairs to play with his karate stuff to the time he was telling me to pull up my pants and stop crying was no more than 20 minutes."

Next I wrote this sentence: "It happened, and can happen to any child, that fast."

Then I fumbled my pen, sucker-punched by a realization: His raping me was too efficient to be spontaneous. It was assembly line: get victim downstairs, close and lock the door, terrify victim into submission using karate weapons, rape victim, threaten victim, unlock the door, let him out, pretend nothing happened. Done.

He wasn't acting on a weird impulse. He planned it. And I think he'd done it before. He fits the profile. Forty percent of rapists who victimize children under the age of 12 are still teenagers, according to the Federal Bureau of Justice Statistics. The single age with the greatest number of offenders who rape young children is 14; that's when they start.

The next day, I gave my presentation. It was filmed, and broadcast live, and then replayed on a loop for the rest of the day on Gavel Alaska, which is on televisions throughout the building.

Later that day inside the capitol, two individuals approached me, separately, one an elected official, one a staff support employee. As far as I know, neither was aware of my conversation with the other.

They both told me they had read my original article, "Stalking the Bogeyman," and suspected they knew the identity of the unnamed rapist. They said they had been thinking about contacting me for years, because they knew stories about the same man victimizing other children in two different communities in Alaska in the 1980s, when he was an adult.

They both said the name.

That day in the capitol building was in late February of this year. My conversations with the elected official and staff employee led to a series of communications with self-professed survivors over the next four months, including one-on-one conversations. I am now convinced the same man who raped me in 1978 went on to sexually assault at least three other children in Alaska in the mid-1980s, two boys and one girl. The accounts of the boys are similar to mine: he terrified them into submission using martial arts weapons. With the girl it was more of a grooming process. He treated her like his "girlfriend," although she was 12 or 13 and he was in his twenties. I also heard first-hand accounts of his showing young boys hard-core pornography and pressuring them to drink alcohol, in some cases to the point where they were so drunk they don't remember what happened. They were six to nine years old at the time.

There is no statute of limitations in Alaska for prosecuting felony childhood assault. It's never too late to go the police. I just did, 37 years after I was raped. The Anchorage Police Department report number is 15-12893.

I don't expect the man who raped me to be arrested or prosecuted based on my report alone. He was a juvenile and too much time has passed. I reported the crime in hopes that if other victims of the same rapist come forward, my account may tip the balance for a detective considering whether to pursue a difficult case against a serial offender.

To any other victims of the same man who read this: You have my word, I will stand shoulder to shoulder with you. I will testify at any hearing or trial in support of your accusation.

When "Stalking the Bogeyman" was published in 2004, I expected instant catharsis, healing, closure. I didn't get it. I have struggled for more than a decade with Post Traumatic Stress Disorder, which I thought was bullshit until it took me into its clutches: nightmares, flashbacks, panic attacks. Sleepless nights with a highlight reel of horror playing tricks on my mind: The sound of throwing stars thwacking into the wall next to my head. The whirling blur of nunchuks in front of my face. The sound of his voice: "Don't worry, I'm not going to pee in your mouth," and, "Now take off your pants and lie down."

I no longer expect catharsis or closure. But at the same time I will no longer participate with the man who raped me in a conspiracy of silence.

Eleven years ago I chose the wrong ending for my story. I kept part of myself trapped in a secret, haunted world, shared only with the man who raped me in 1978. That ends now.

The revenge I'm about to exact is just as much for the 44-year-old man I've become, as it is for the seven-year-old boy who didn't scream out a name.