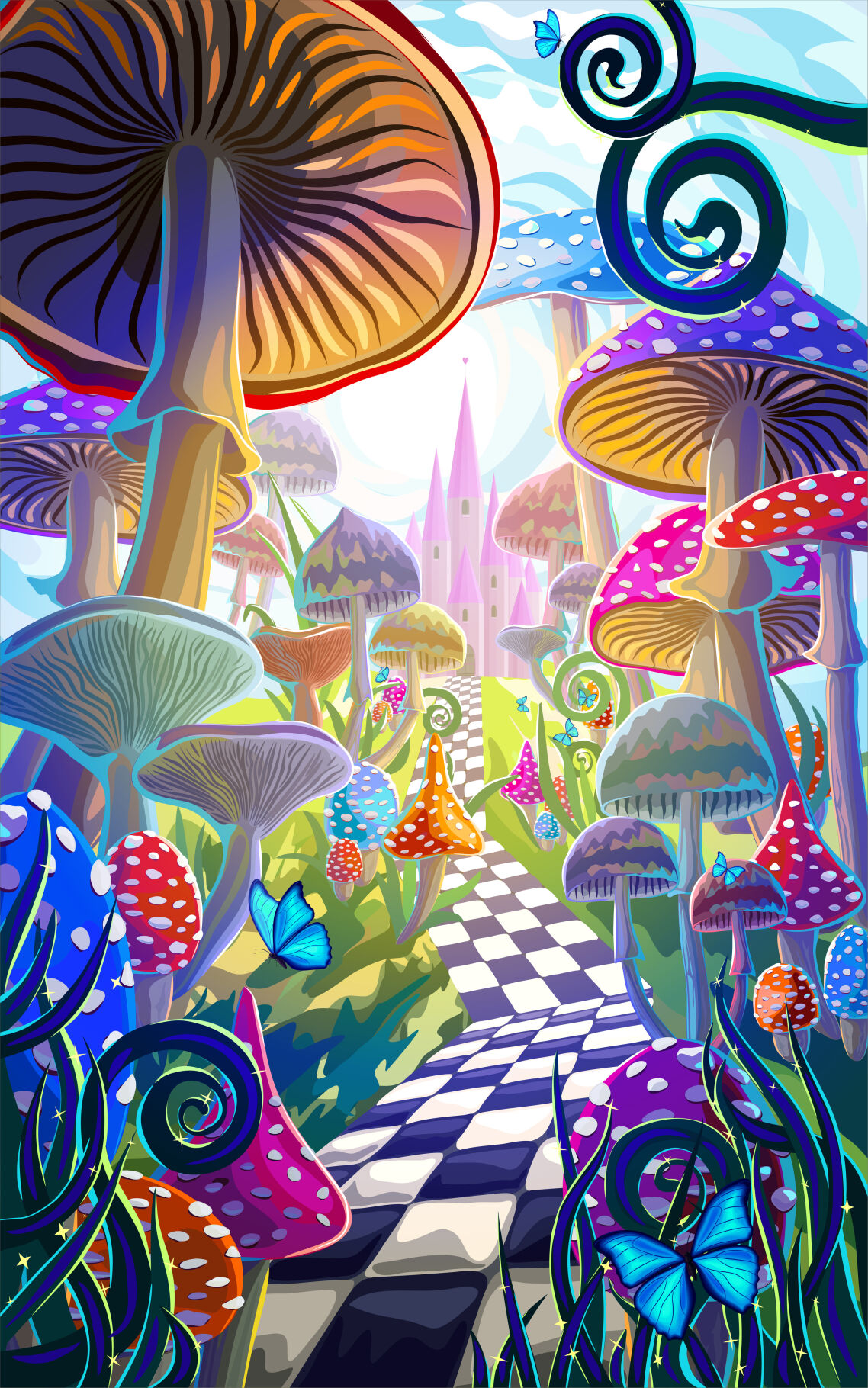 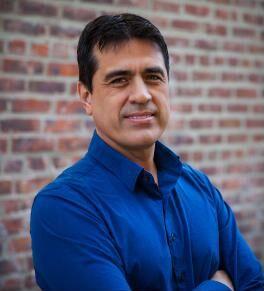 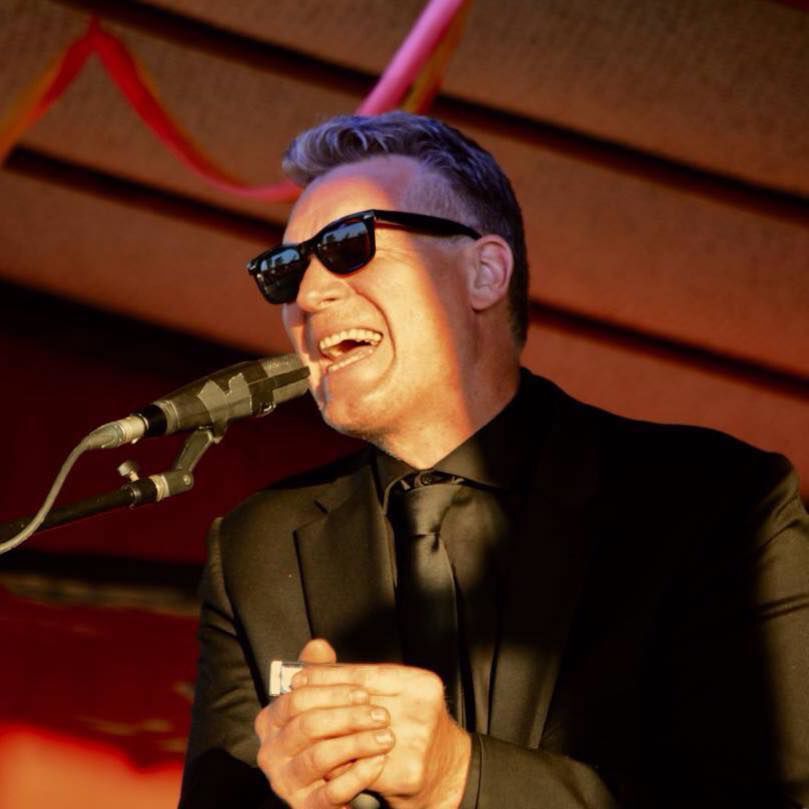 “We can begin the restructuring of thought by declaring legitimate what we have denied for so long.  Let us declare Nature to be legitimate.  The notion of illegal plants is obnoxious and ridiculous in the first place.”

My fascination with fungi was rooted in my early childhood. There was nothing more natural or healing to me than to take a walk through the woods with my friend and mentor Michael Pendrak.  He taught me how to identify trees, plants, and fungi from keys; along with their nutritional and medicinal uses. My experience with psilocybin mushrooms spans four decades. My obsessive research on the medicinal and societal benefits of these sacred medicines prompted me to start writing articles in the Anchorage Press last year in the hopes of destigmatizing hese entheogens.

Perhaps what I really wanted to do was to create dialogue to spark an initiative to decriminalize these sacred medicines here in Alaska. It only makes sense that a culture that embraces our individual freedoms, as much as we Alaskans do, should naturally embrace our inalienable rights to explore nature and our own consciousness. This is not a Blue vs. Red, Liberal vs. Conservative issue. We have a severe mental health crisis and we are all affected in some way. It is time to make some noise about it.

I’d been itching to write an ‘update/call to action’ piece on nationwide decriminalization efforts and to urge citizens to stand up, join forces and speak out for decriminalization here in Alaska. It took a simple Facebook message from Gina Randall, lead organizer for Decriminalize Nature here in Anchorage, informing me that they were looking to form a local chapter. Gina was inspired to form a chapter here, because of her experience working with entheogens, spending nearly four years in Peru studying with traditional healers from the Shipibo tribe. Randall, an Alaska Native told me, “I understand the healing potential of these medicines and I believe that they can help to heal the collective, intergenerational trauma that plagues indigeneous people here in Alaska.”

I knew of Decrim Nature’s role in getting entheogens passed by resolution in Oakland, Calif. and their subsequent successes in Santa Cruz, Ann Arbor, Mich. and most recently in Washington D.C. by ballot this November. Decriminalization initiatives are gaining traction across the nation. They use their reach to get information about these plants out there and aim to provide access to these plants by all —  a true grassroots effort. A local Decrim Nature chapter in Anchorage provides us the platform with which to confidently present this knowledge and these medicines to our citizens and government officials.

“We don’t call these drugs, because they grow from the ground,” Plazola told me. “We don’t call a tree a drug; nor is a mushroom a drug.  We consider drugs to be something we synthesize in a lab. These don’t grow in labs, these grow from the ground.  So we call them entheogens or plant medicines.… We ARE nature and we are criminalizing ourselves, by criminalizing that around us and our ability to heal our consciousness.”

The term entheogen derives from Ancient greek words ‘entheos’ and ‘genesthai.’  The adjective entheos translates as ‘full of god, inspired’ and is the root of the English word ‘enthusiasm.’ Genesthai means ‘to come into being,’ akin to genesis. Thus, an entheogen is a fungi, plant, or cacti that causes one to become inspired, often in a religious or spiritual manner.

Entheogens are plant medicines that have been used traditionally in ceremony to promote inspiration, insight, and spiritual enlightenment. There are thousands of traditional entheogens including psilocybin mushrooms, cannabis, ayahuasca/DMT, peyote and san pedro cacti, iboga/ibogaine and uncured tobacco.

“The intention of what we are doing in Oakland, and the reason that Oakland is stating to the state of California, is that things don’t go the way of cannabis here, (which was) more of a corporate grab than of a people’s movement; medical or compassion-based movement.”  Plazola said. “Our hope is that the state of California in 2021 really starts to talk about it not only from a top-down model of pharmaceutical, medical, clinical, but rather a bottom-up movement of compassion, accessibility and caring for the community and how these medicines help.”

Plazola hopes that should California pass decriminalization, that other states will take a look at these entheogens as good solutions for our mental health crisis.

How does the Decriminalize Nature model differ from the current cannabis model?

Plazola: Tomatoes… Looking outside my front window I have a beautiful orange tree where I grow oranges and have tomato plants. I grow my own oranges. I grow my own tomatoes. I can share them with friends. I can have a celebration here at my home with my friends and we can all make orange juice and we can drink it. There are no restrictions on that because the government never made growing oranges or tomatoes criminalized.

If I decide I want to take these oranges from my tree and I want to process them and start bottling orange juice and selling it publicly, then I’m going to have to do that in a commercial kitchen. Set up a business. I have to pay taxes. I have to get all my licenses and now I fit into a commerce rubric or framework.

All we are saying is to treat mushrooms, ayahuasca, and anything containing dimethyltryptamine (DMT) as you would treat an orange or a tomato. Same framework. Don’t treat them any more special or different. If somebody wants to grow mushrooms or banisteriopsis caadi or San Pedro in their front yard and consume it themselves; let them. If they want to commercialize it; stick them into the standard framework of commercialization that’s already on the books. Don’t complicate things like we did with cannabis.

Are you seeing any issues with people going beyond safe and sustainable use since Oakland decriminalized in January 2019?

No... actually to the contrary. It has been beautiful. So far everything has been quiet on the “emergency” front.  We have not seen any major incidents that would cause alarm with our elected officials. But I always caution people that it’s just a matter of time before we have a major incident, so that we have to be aware, much like the pharmaceuticals, except less so.  There will eventually be consequences, but they will be rare.

The upside is that we have had wonderful outcomes with people of color, particularly in the city of Oakland, healing with mushrooms.  The ayahuasca churches in Oakland have also seen a significant growth by people of color attending the ceremonies that used to be primarily white and now it’s much more diverse.

We’ve seen a significant drop in ‘bad’ trips and we believe it’s correlated to a lessened fear of Oakland Police busting down the door and arresting people. That fear is now taken away. It’s anecdotal, but it’s the kind of stuff we want to study.

Why not just mushrooms?

Interestingly, we just passed in Washington, D.C. with 76% of the vote supporting decriminalization of entheogens. It is a 63 percent community of color. People of color are the most conservative on decriminalization of entheogens, plant medicines, or drugs. Our theory, and we were proven right, was that people will vote to decriminalize nature, because they recognize intuitively that they are part of it. They will vote at a higher rate  than to decriminalize psilocybin mushrooms, because when you break things apart it stops being intuitive. When you take it further to decriminalize psilocybin and not say mushroom, you will drop even more supporters, because it becomes scary for people.  What is this thing called psilocybin? Is it dangerous? I don’t know what it is. But ‘nature’ people know. We need to define them as nature’s medicines. What people can connect with.

Why the Decriminalize Nature route?

There are socioeconomic factors that are very real; based on our political and economic system here in the U.S., that if are not dealt with effectively, will make plant medicines largely inaccessible for those most vulnerable. We advocate for abundance, in terms of the accessibility of entheogens and that we be able to grow, gather, and gift our own medicines as a community.

(Another factor that Carlos mentioned is that people of color tend to heal in community, rather than in clinics.)

That became an important thing for us to advocate for Decriminalize Nature; that we can be able to practice in a ceremony. I now heal in a community setting and I very much value the opportunity to do that. We are working to protect that.

The third thing that we advocate for is the micro-economic model that enables people to create value and jobs in the local community.  We had to create community-based solutions. The fourth thing we advocate for is community-based research as opposed to research from institutions or universities in a sanitized environment. We want to actually be able to study what is happening in our own communities, in partnership with universities.

I expressed my concern that government involvement regarding entheogens may fall the route of the pharma model, leading to over-prescription, over-use, and over-harvesting of sacred plants.

Decrim Nature this year formed a Sustainable Relations Committee to create sustainable relationships with plant allies as well as with indigenous communities who work with the plants.

Our conversation goes back to where we started. These are not drugs. Rescheduling of entheogens is a priority.

(Plazola suggests) removing all entheogens from Schedule I. If it can be grown in nature, then it shouldn’t be on the Controlled Substance Act period.

Most importantly, the goal from all of this is to introduce ancient wisdom practices into western civilization. We need it. We are dying as a species.”

You can follow what is going on with Decriminalize Nature on their website, www.decriminalizenature.org.  I strongly urge you to keep the conversation going, perhaps attend a local Alaska Psychedelic Society event, and get involved with the local Decriminalized Nature Anchorage Chapter at dnanchorage.org or on their facebook page.