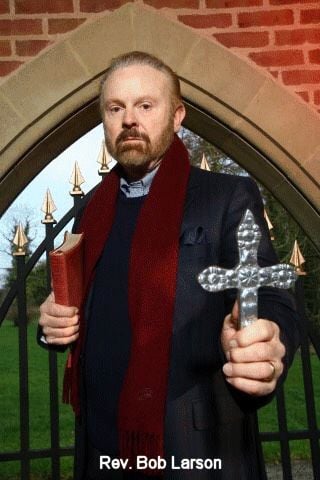 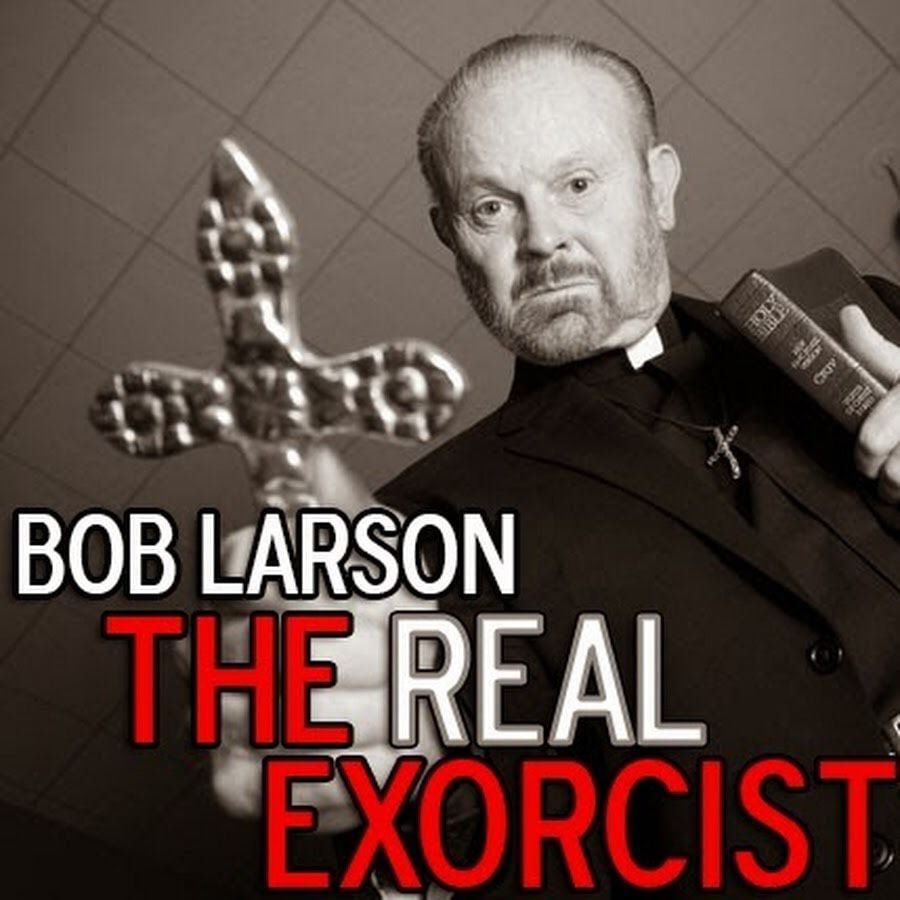 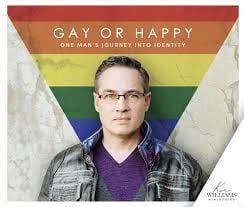 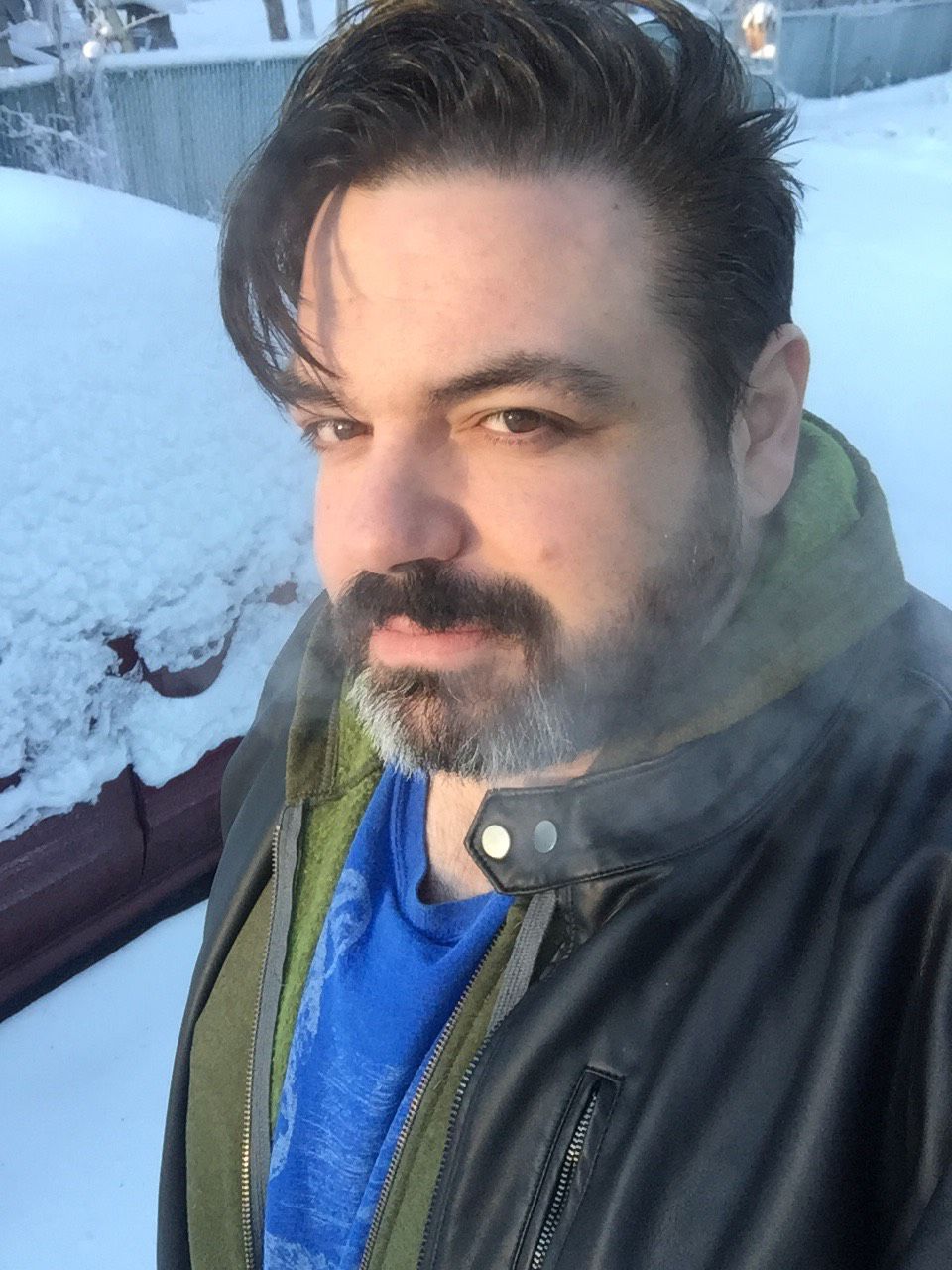 Twenty years ago this month, Matthew Shepard was murdered, left to die, tied to a fencepost in middle-of-nowhere Wyoming. That tragedy brought the conversation about LGBTQIA+ rights became to the forefront of conversations. Hate crime legislation was suddenly becoming part of serious conversation. It would still be over a decade until laws were passed at a state level banning conversion therapy, and marriage equality at a national level was still almost two decades away. While there was still much work to do in the battle for civil rights, progress was beginning.

At the same time, I was going back in the closet. Although I had come out as a young teen, when I became a young adult, I found himself with nowhere to live, and decided to ask my father and step-mother for a place to stay. While living there, my step-mother insisted that I go with her to a new ministry that was being offered at the church they attended, the church that I had also spent much time in as a youth — Anchorage Baptist Temple. This ministry was called Deliverance, and certain leaders in the church had taken a course from famed minister Bob Larson, and they were now putting it into practice. It is a way of removing demonic influence from people’s lives, and in some cases, exorcising demons. In my case, they were mainly interested in the demons of perversion and homosexuality. In the days leading up to the Deliverance, I was given a four-page test of questions about things that may have led to my being under the influence of demons. There were, of course, questions about my experience with the occult — had I used an Ouija board, had my tarot cards read, did I read my horoscope, did I listen to Satanic rock music? There were questions about whether I had difficulty concentrating while praying, whether I found myself distracted in church or while reading the Bible. The questions that struck me as the most off was whether street lights or lighted signs ever turned off while I was around them. That should have clued me in to the bizarre experience I was about to find myself in.

It happened on a Friday night; they brought me upstairs to the area of the church that was set aside for youth and teen activities. The electric pink and purple décor and neon accents that had always seemed a little cheesy now cast ominous shadows. I was not the only person that had been brought that night for spiritual clarity. They started, as most things in a church do, with a group prayer. They went through the motions of putting on invisible armor, a physical act that represented the Bible verses of Ephesians 6:10-18, to “extinguish all the flaming arrows of the evil one.” Now clad in their holy armor these “Warriors for Jesus” continued to pray. They started demanding in the name of God for the demons in the room to show themselves. Suddenly, to my right, there was a low growl. A woman was starting to tremble. Immediately the warriors ran to her side and started shouting at whatever evil presence had taken her over.

This scene repeated itself. There were two or three people laid on the floor shaking and spitting. People on their knees growling and cursing at the Bibles and crosses that were being shoved into their faces. I looked around the room and saw the look of fear in people’s faces as they watched their loved ones behaving in animal ways while the warriors tried desperately to cast out the spirits. This continued for a couple hours as I became more and more terrified. It was beginning to show on my face. My step-mother turned to look at me. They brought me to the center of the room, in front of the cross that was on the wall. A hand gripped my shoulder, pushing down. I fell to my knees and looked up as a hand came towards my face. A fragrant oil was applied to my face in the pattern of another cross. Tears started streaming down my face. I am not sure if it was the raised emotions in the room, or the fear that maybe I was possessed, but I began to weep uncontrollably. The called on the demonic spirits to come out of me — but nothing happened. I continued to sob while they screamed and yelled and prayed. Nothing happened. Eventually they led me back to my chair and I waited for my step-mother to finish the night so that we could leave.

As we were heading home she questioned me about what had been happening. I tried to explain, but there were not accurate words for what I had experienced. She calmly explained that I came from a long line of strong Christian men, and that with the history of ministers in my family I was “anointed with the blood of the Lamb,” and that while I was obviously not possessed, I was very much susceptible to demonic influence. She taught me that any time I sense evil I merely need to say that I rebuke it, in the name of Christ, and it will go away.

Arguably, the most famous face in the world of Christian exorcism, Bob Larson began to host a radio show in 1982 geared towards exposing the evils of rock music in a period called the Satanic Panic. By the end of that decade he had stopped concentrating on the evils of rock music and video games and became famous for performing exorcisms live on the air. He has traveled all over performing these same acts in churches, including Anchorage Baptist Temple. An author, minister, television host, and evangelist, Larson is still practicing today, now with the assistance of his daughters.

The website for Bob Larson Ministries includes a pared down version of the Demon Test, where, for $9.95, you can discover your risk of being possessed. It is now just 21 questions, and the focus seems to mainly be on past trauma in your life, or possible evils in your family’s heritage. Abandonment from a biological parent and having a murderer or pervert (read: homosexual) in your bloodline leave you open to demonic possession. Bursts of anger, past trauma, and irregular behavior are all signs that you may be under the control of Satanic power. According to this line of thought, being a homosexual can lead to demonic possession. As we see daily, being a homosexual can also lead to your parents abandoning you, which can also lead to possession or demonic influence.

In the late 90’s, a new church rose up in Redding, California. The Bethel School of Supernatural Ministry was created. The name sounds silly at first, like it is from a young adult novel or television show. The congregation of this church would probably enjoy that comparison. This group of believers uses the power of prayer and their faith to do all sorts of miracles. From healing physical ailments, to casting out the demons that influence non-believers, the BSSM has become one of the largest churches in North America. Calling themselves the “Christian Hogwarts,” they are known for the “Glory Clouds” of gold dust that appear when they are experiencing the presence of God. Bill Johnson, co-founder of BSSM, says that the church has a “Miracle Mandate” and leads the congregation to experience what he calls “the full power of God.”

It is at this church, starting in 2000, that Ken Williams spent three years finally able to achieve what he had been trying to do his entire life: change his homosexual desires and become a ‘better Christian.’ In his own words, Williams has said that BSSM seemed like a cult to him when he first started attending, but, “it was the nicest cult ever.” He calls his “sexual brokenness” a relational problem, but also one that was mental, and spiritual. He has stated “It’s not just a demonic problem, it's a system of living. For me, it was demonic for sure; it was a spirit of perversion that had been my close friend, since I was little. Addiction and several spirits were affecting me. Ways of living, ways of reacting, strongholds in your mind, lies that you have been believing.”

Deliverance is just one form of conversion tactics that many religious people employ to alter the sexuality or gender identity of their loved ones, usually their children. It would fall under the “Pray the Gay Away” category. Some choose to go with a more psychological approach, or Conversion Therapy. There are doctors that specialize in this controversial and dangerous form of treatment. There are also camps designed for this purpose, where they use a combination of corporal punishment, manual labor, therapy, and prayer to achieve their goal. Change a person’s sexual orientation, even if it is against their will.

As I began the research for this article I met several people with their own stories to tell. Nicole Mimmzy, who spent most of her life living a lie around her family because the threat of conversion camp was always looming. She became my co-author for this series and introduced me to a pair of women who fought their entire young lives against every possible odd to be with the person they knew was their true love. The story of Hannah Joy and Hanna B. is heartbreaking and inspirational. The end of this series will tell the story of Tommy Blada, who was sent to a conversion camp that has left him with scars to remind him of his experience, both physical and emotional.

This series will document two decades of tales from the people that have been put in the position of knowing that because of their family’s faith, they would never be good enough, people who know that when it comes to sin, there is none greater than gay.