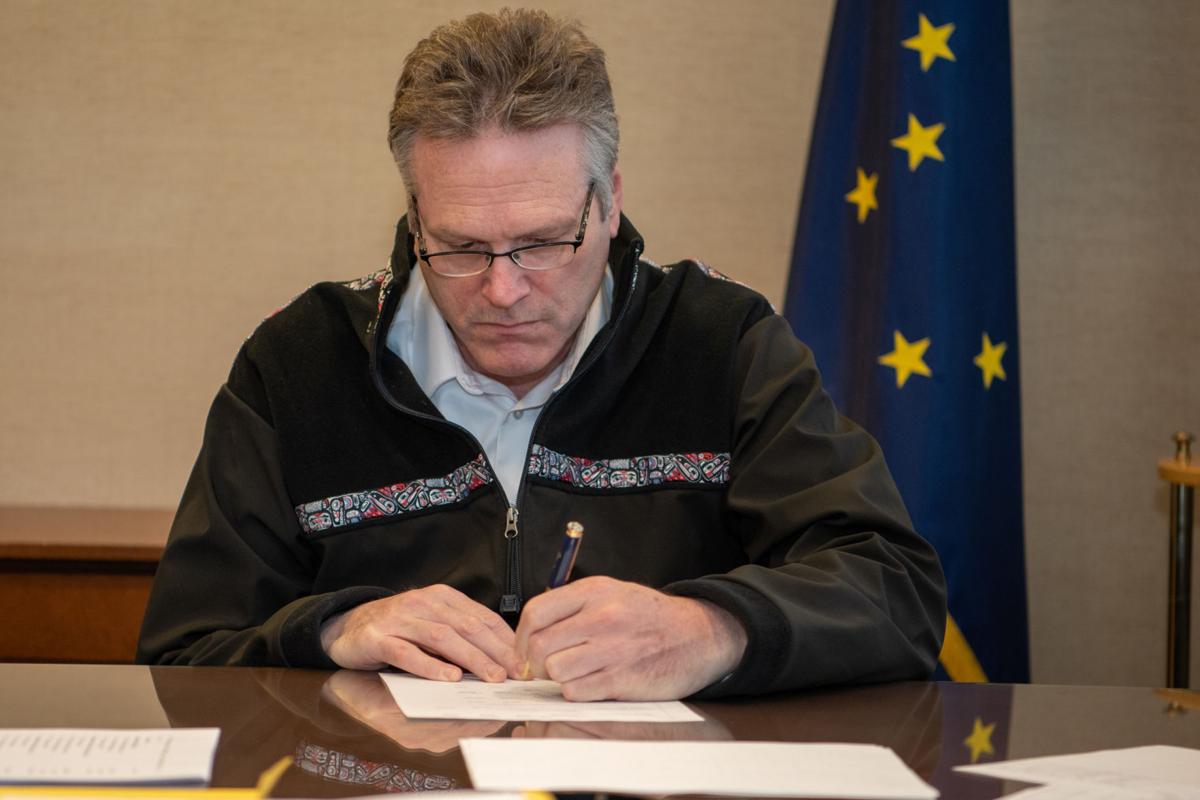 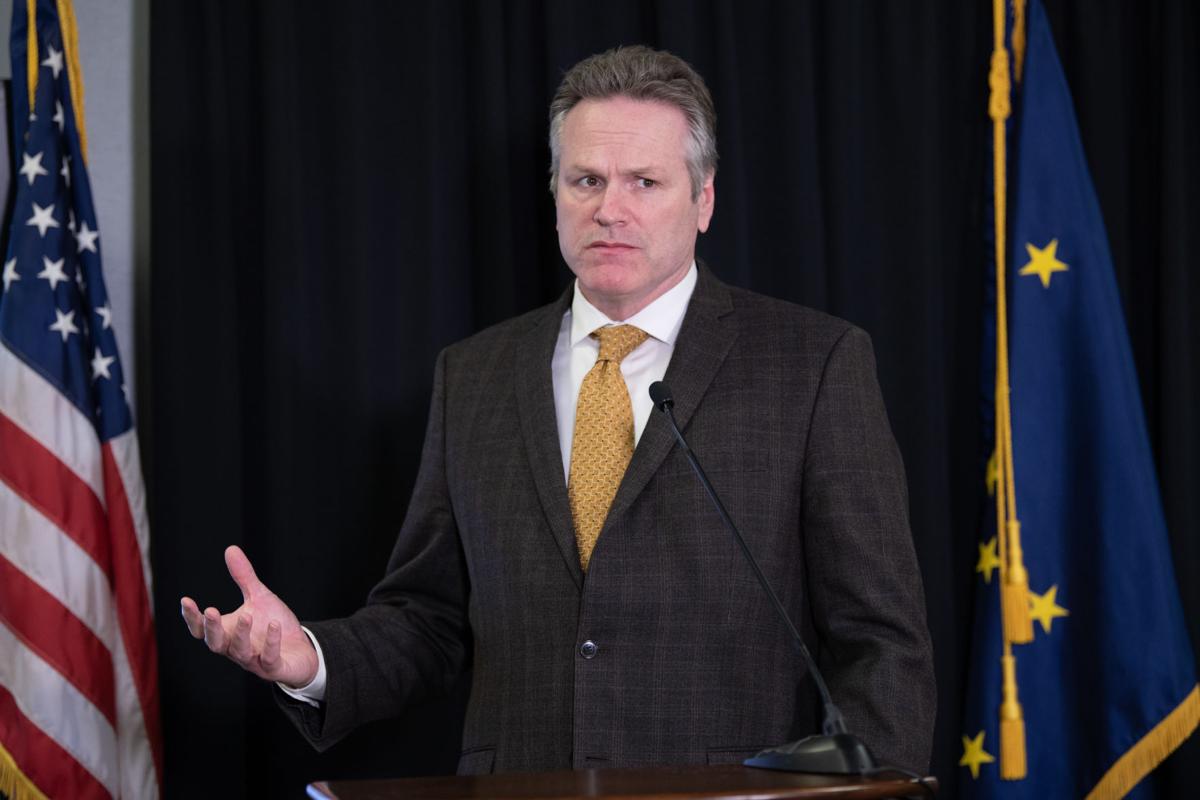 “My administration worked to make a number of difficult, but necessary, decisions. The actions I’ve taken with this budget provide stability in times of uncertainty and allows our state agencies to maintain their core functions of serving Alaskans,” the governor said in a statement.

However, critics see the pattern of an agenda in the reductions. Some of the vetoes, such as municipal school debt reimbursement, were reminiscent of program reductions attempted in 2019 when Dunleavy attempted to end the program as part of a billion-dollar cut to spending on the advice of his former budget advisor Donna Arduin.

The Legislature wound up funding school debt reimbursement at 50 percent in 2019 and proposed 100 percent funding this year, but the governor’s veto would reduce it to level approved the 2019 level.

Other reductions appear to be aimed at leveraging constituencies to achieve objectives of the governor’s that have stalled in the Legislature. Critics say a veto of $30 million in K-12 education funding and $4.3 million in pre-Kindergarten education grants appear to be aimed at building support for the Dunleavy’s “Alaska Reads” bill, a proposal modeled on a Florida reading program that is highly controversial among educators.

The governor mentioned the Alaska Reads bill in a Wednesday press conference in which he announced the vetoes. Dunleavy also vetoed money for two other programs targeted in 2019 — the state ferry system, which was cut $15.5 million, and the “Oceans Ranger” program, which monitors waste disposal by cruise ships, reduced by $3.43 million.

In his press conference, the governor defended the reductions, saying that the money left in the ferry system budget is still more than was funded last year. As for ocean rangers, materials provided by the governor said the onboard observers would be replaced by a system of record reviews and port inspections by staff of the Department of Environmental Conservation.

As for other cuts, the governor said he expects the vetoes of funds for municipalities and schools, along with a $5 million homeless support grant, to be made up with new federal money appropriated for Alaska in recently-enacted COVID-19 emergency funds. However, if the federal money does not appear or is used for some other purpose, the vetoes may result in increases in local property taxes.

A one-time $1.2 billion federal grant will soon be received by the state, but how it is dispersed is up to Dunleavy. There’s no guarantee money will go to municipalities to help pay school bond debt or how much of it will go to schools.

In other actions announced Wednesday, Dunleavy said he vetoed a $1 billion transfer of funds from the Permanent Fund’s earnings reserve to the principal of the Fund. Since money can be appropriated from the earnings reserve but not the Fund’s principal Dunleavy said it was prudent to leave the money in the reserve in case it is needed to respond to the state’s current economic and health emergency.

“We have been presented the unique opportunity to capitalize on a one-time fund source through the Federal Coronavirus Aid, Relief, and Economic Security (CARES) Act, allowing us to reshape pieces of the final FY 2021 budget. Now, as we face a drop in oil prices and face a global health pandemic, is not the time to irresponsibly increase our state’s budget,” the governor said.

By reducing the draw of state funds and replacing them with federal money there will be more flexibility for a state response to the COVID-19 emergency, he said.

Dunleavy also spoke again to the need for a higher Permanent Fund Dividend, which not has more urgency given the state’s deteriorating economic condition.

“This (budget) bill was sent to me with an estimated $1,000 dividend – once again ignoring the decades-old statutory calculation that is still in place, and just as importantly, ignoring the catastrophic fiscal realities of thousands of out-of-work Alaskans unable to buy food and pay rent due to the government-mandated economic slowdown. If ever there was a time to follow the statutes and put Alaskans first, now is the time,” the governor said.“Our state constitution gives the governor the power to subtract, not add to the budget. Though many Alaskans have asked me to pay out the full PFD, this is something I can’t do without the Legislature supporting the PFD.”

“With the Legislature still in session, it is my hope, and the hope of thousands of Alaskans, that they act now to fix this glaring oversight,”the governor continued. “All across the world, leaders and economists are looking to mimic the PFD. Yet here in Alaska, our leaders are doing the opposite. I will continue to call on the Legislature to follow the law, utilize the statutory calculation for the Permanent Fund Dividend, and get money into the hands of laid off workers throughout Alaska.

“Call it a PFD, call it a distribution, call it a COVID-19 emergency relief payment; it does not matter. We must act now to help our fellow Alaskans. I remain committed to working with Alaskans and the Legislature to address State spending so we can eliminate our deficit over time. It is critical that we get our fiscal house in order and provide a secure and stable future for Alaskans,” the governor said.

HB 205 as passed by the Legislature, added $314 million of new spending items to the FY 2021 operating budget, which represents an unsustainable, and in many cases, unnecessary level of spending. Through line-item vetoes to HB 205, Governor Dunleavy reduced the spend by $210 million in unrestricted general funds (UGF). With these vetoes, the FY 2021 operating, mental health, and capital budget, including previously enacted legislation, is $4,517.3M UGF, $905.9M Designated General funds (DGF), $748.4M Other State funds, and $3,855.5M Federal funds.

$99 million to COVID-19 response and relief

$65 million for Capital Federal Match Program to Highways and Aviation

Line-item vetoes in this bill include:

The reduction of debt payments on behalf of other entities, which are not a core function of the State while facing fiscal uncertainty;

The elimination of one-time State general funds for programs that may qualify for funding under the Federal CARES Act.