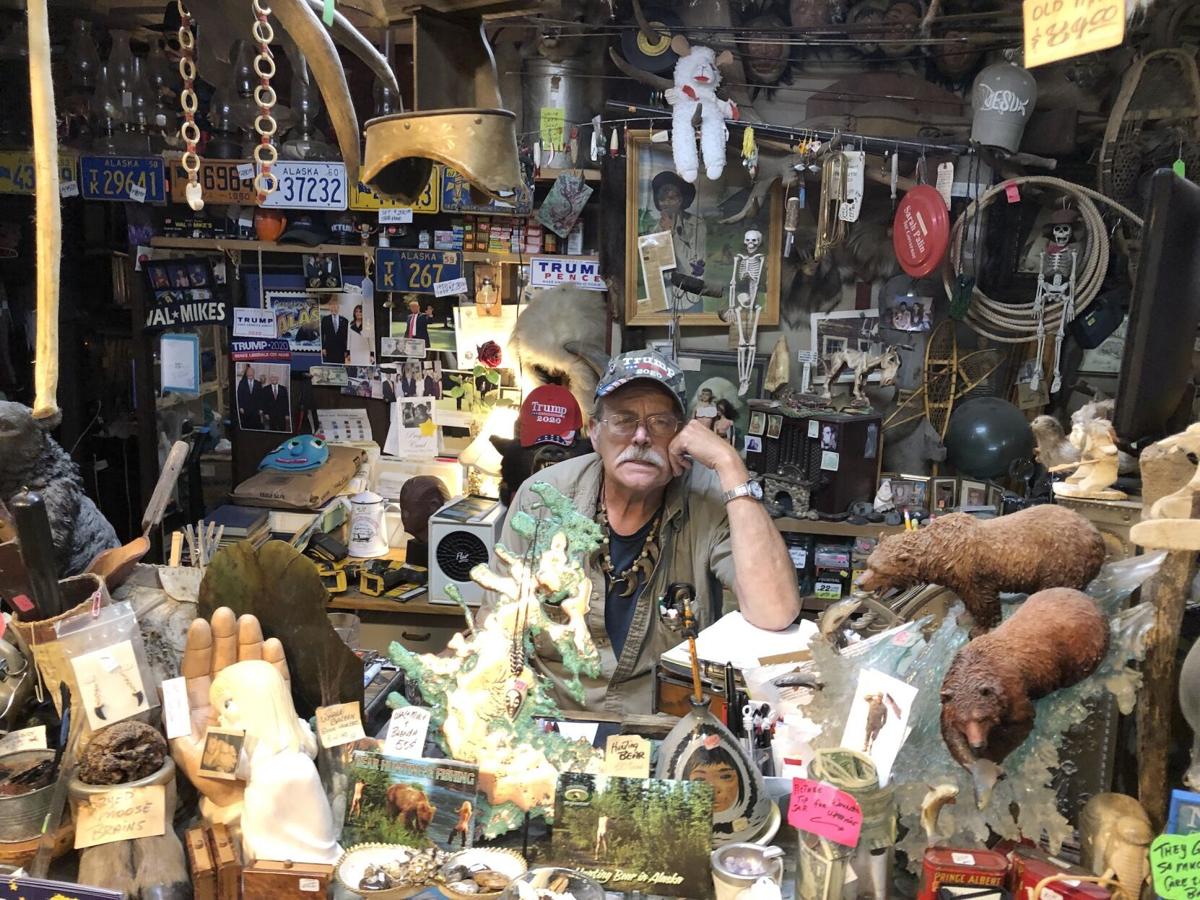 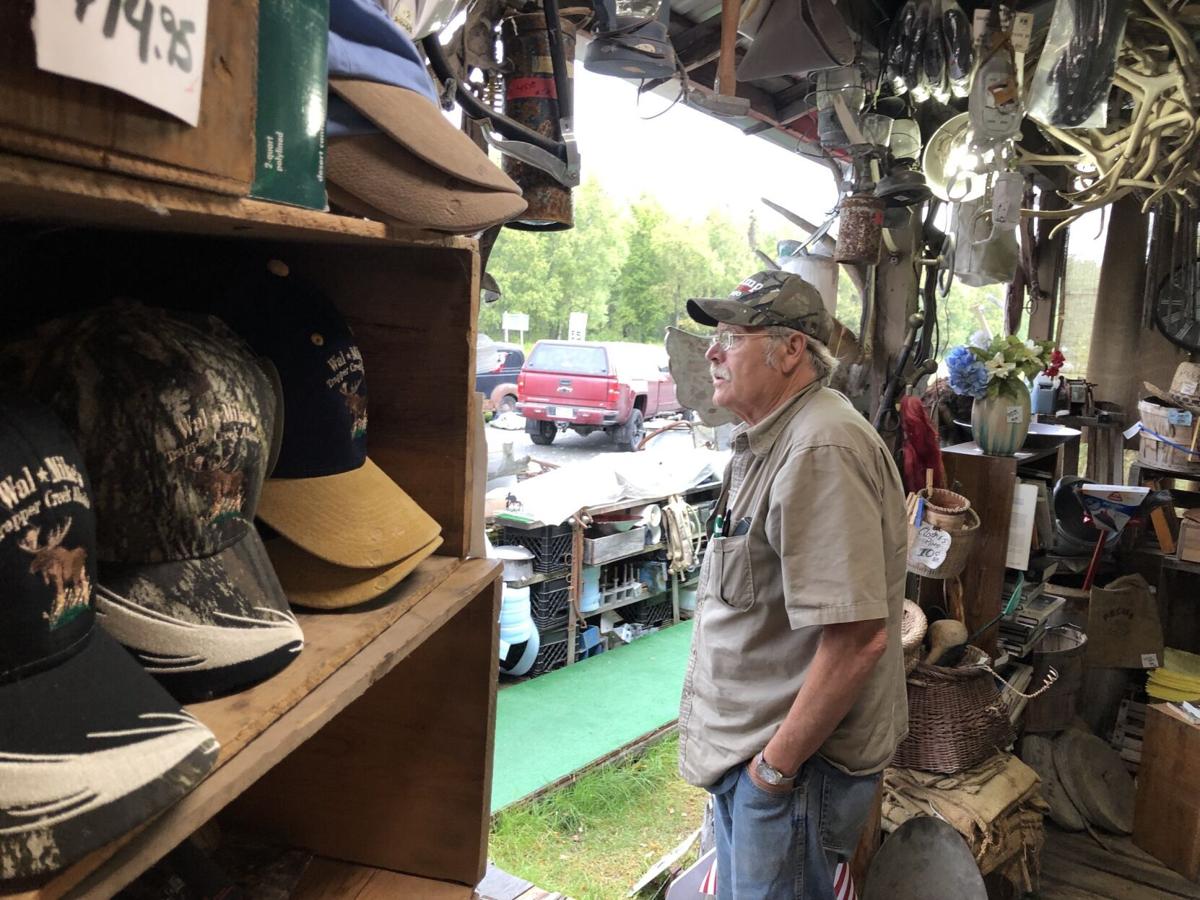 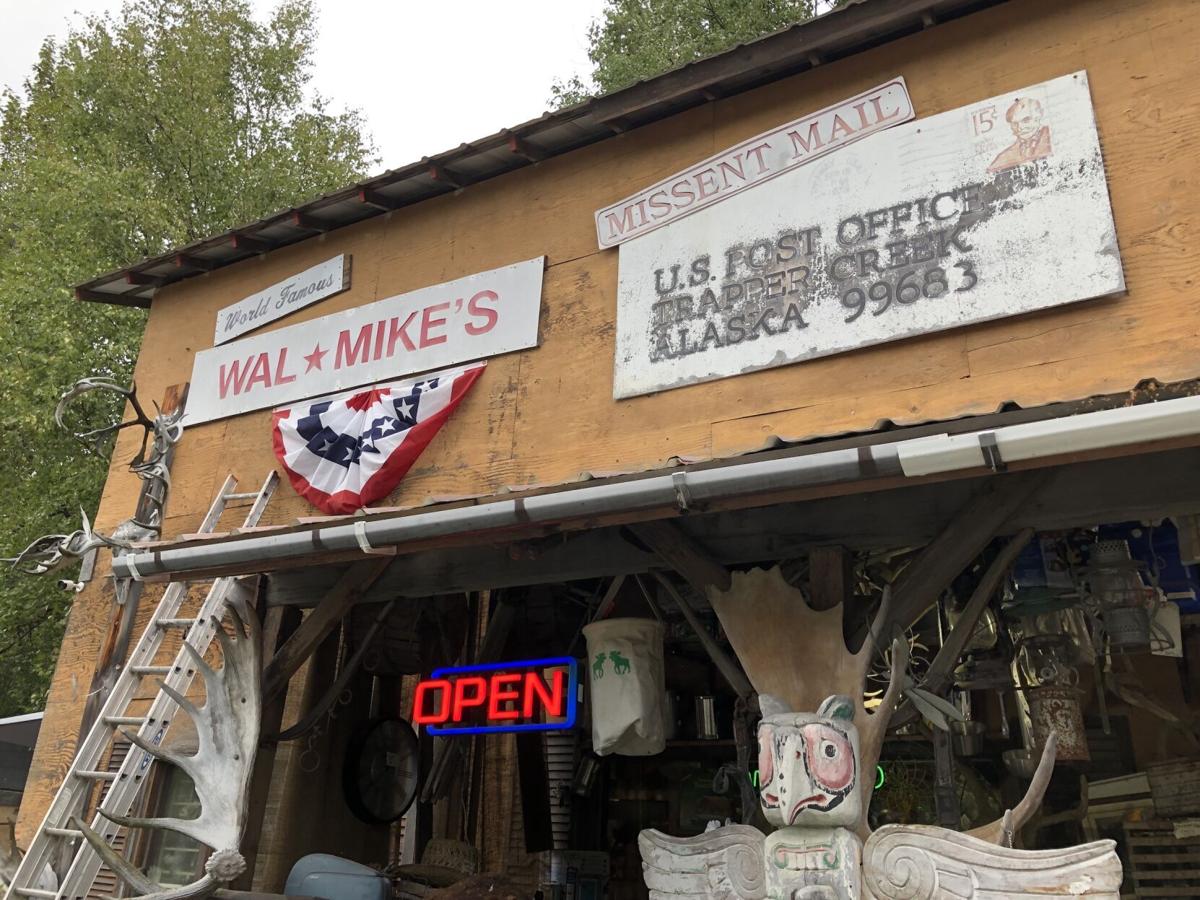 Mike Carpenter has owned and operated Wal Mikes, Trapper Creek’s iconic general store, for over four decades, cementing his place as more than a quirky vintage shop for tourists or general goods source for locals.

“They all say go to Wal Mikes. Go check with Wal Mike. I don’t take that lightly. You might say I’ve earned that,” Carpenter said.

Wal Mikes is located right off the Parks Highway in the core Trapper Creek pull-off area. An eclectic array of mostly Alaskan themed decorations, trinkets, statues and other odds and ends are visible from the road, covering most of the front porch and surrounding lot.

Within the store, amid the seemingly endless ocean of vintage posters and toys, novelty gifts, and vinyl records are more practical items in various drawers throughout the store like sockets and light bulbs. Visitors are greeted with a hand in the jar sitting on the front counter.

Carpenter said that he’s made several connections with distributors across the globe with plenty of items coming in locally.

“It all comes to me. I work here seven days a week. I never leave,” Carpenter said. “I have to turn down lots of stuff because it costs money to throw things away.”

When Carpenter isn’t arranging trinkets around the store or sitting at the counter, he can usually be found outside filling a local’s propane tank. He said that he sells a lot of propane and people call him all the time to see if they can come fill their tanks after hours.

“I know everybody out here… It’s like a family,” Carpenter said.

Carpenter’s little pull-off has been an integral hub for countless people over the years, finding just about anything they’re looking for, from propane and heating oil to car parts and construction tools. The store was even a community post office for 20 years.

“We don’t get rich off of any one person,” Carpenter said. “We’re almost as much as an information center as anything else.”

Carpenter moved to Trapper Creek in 1965. His roots have been firmly planted in a community with an average population of 450 ever since. He said that number has stayed the same over the years, which is one of the many benefits of rural life he and his neighbors reap from Trapper Creek.

“We’ve got a freedom here bud,” Carpenter said. “I have tremendous local support.”

Carpenter said he established Wal Mikes “pretty much as a joke” after spending some time acclimating in the area. He said there was a running joke about locals always asking when WalMart was coming there.

“I said, ‘I’m not gonna let them get ahead of me,” Carpenter said.

Carpenter said that the shop has been his “means to survive,” and helped him stay in the area he’s grown so fond of. Plus, it gets a lot of attention from people passing on the highway who can grab a slice of Trapper Creek life on their way to wherever they’re going. He said it’s a good sign that so many drivers have turned around to check it out.

“It’s drawn a lot of people,” Carpenter said. “I don’t like to call them tourists because they’ve so I call them visitors… People really enjoy this store.”

Countless recognizable names from Alaska and beyond have browsed through Wal Mikes. Jim Jinkins, the creator of Nickelodeon’ 1990’s animated series “Doug” left a card he drew at the store that reads, “ Doug visited Wal Mikes” with his signature at the bottom.

“We’ve had a lot of governors come through here,” Carpenter said. “The sign outside says 'Wal Mikes, world famous' for a reason.

Carpenter’s life is filled with as many pieces of Alaskan history as the items in his store. He worked as a box boy for Piggly Wiggly after moving to Alaska from Kansas with his mother in 1956. He even raised reindeer for many years after settling down in Trapper Creek.

“I like to say Alaska changed and I didn’t,” Carpenter said.