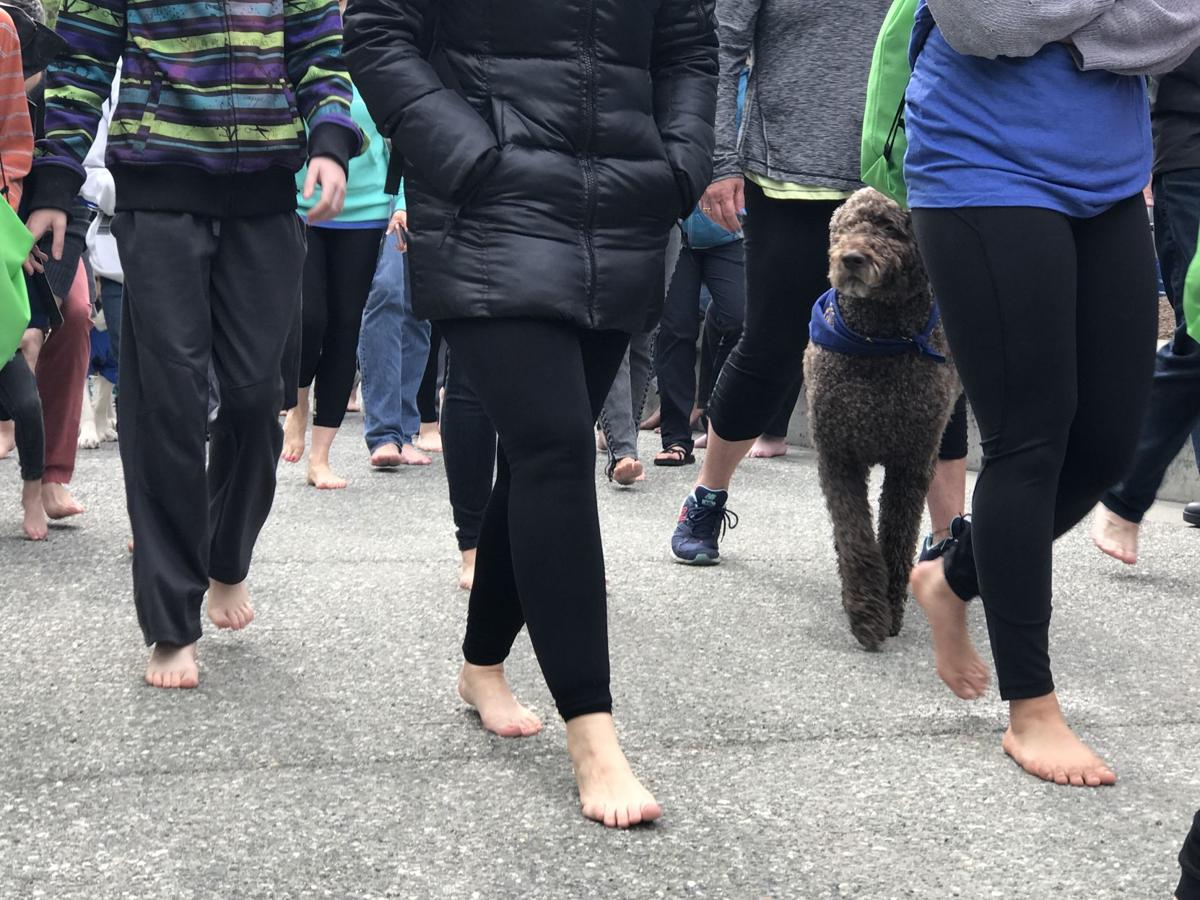 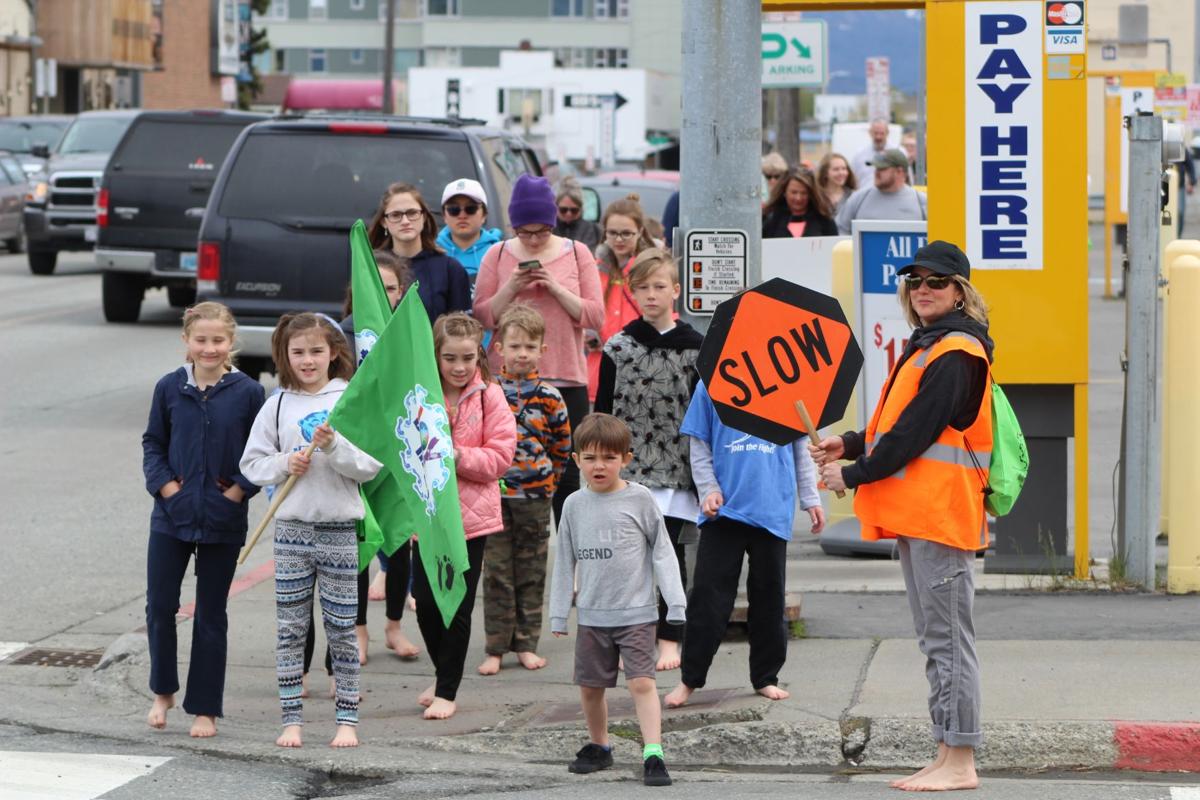 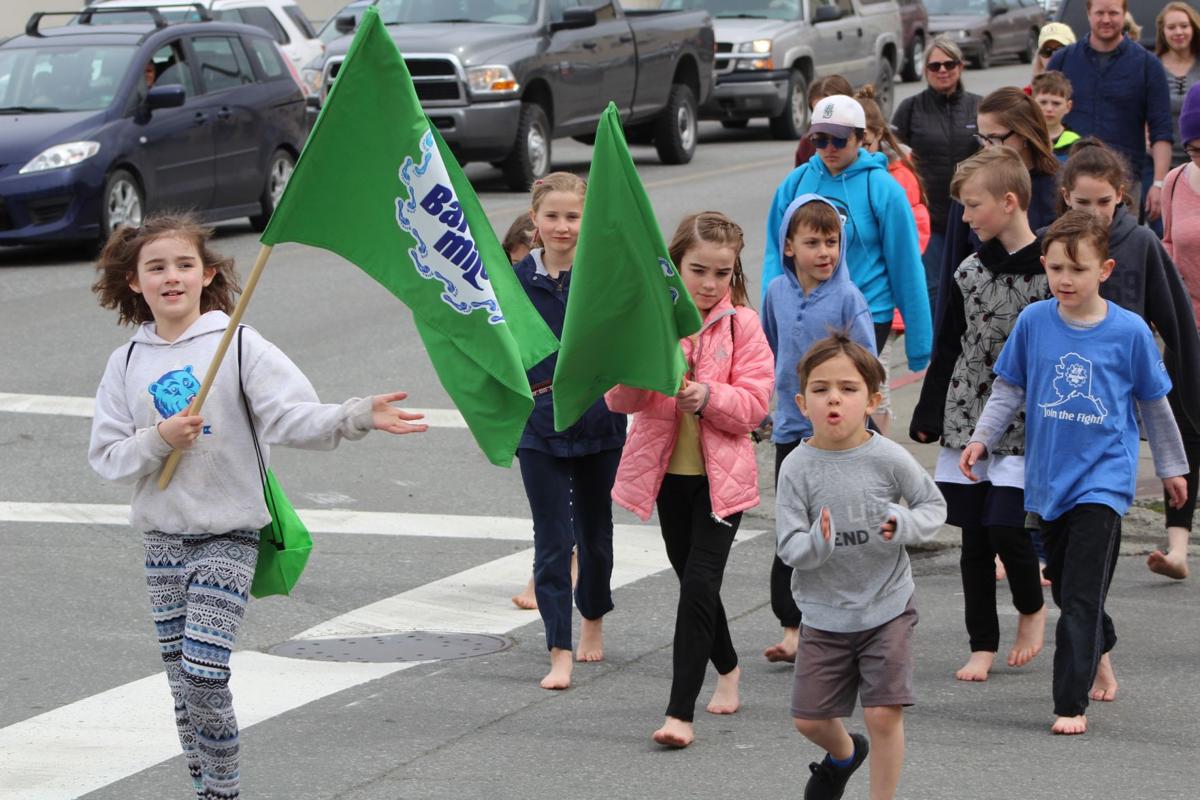 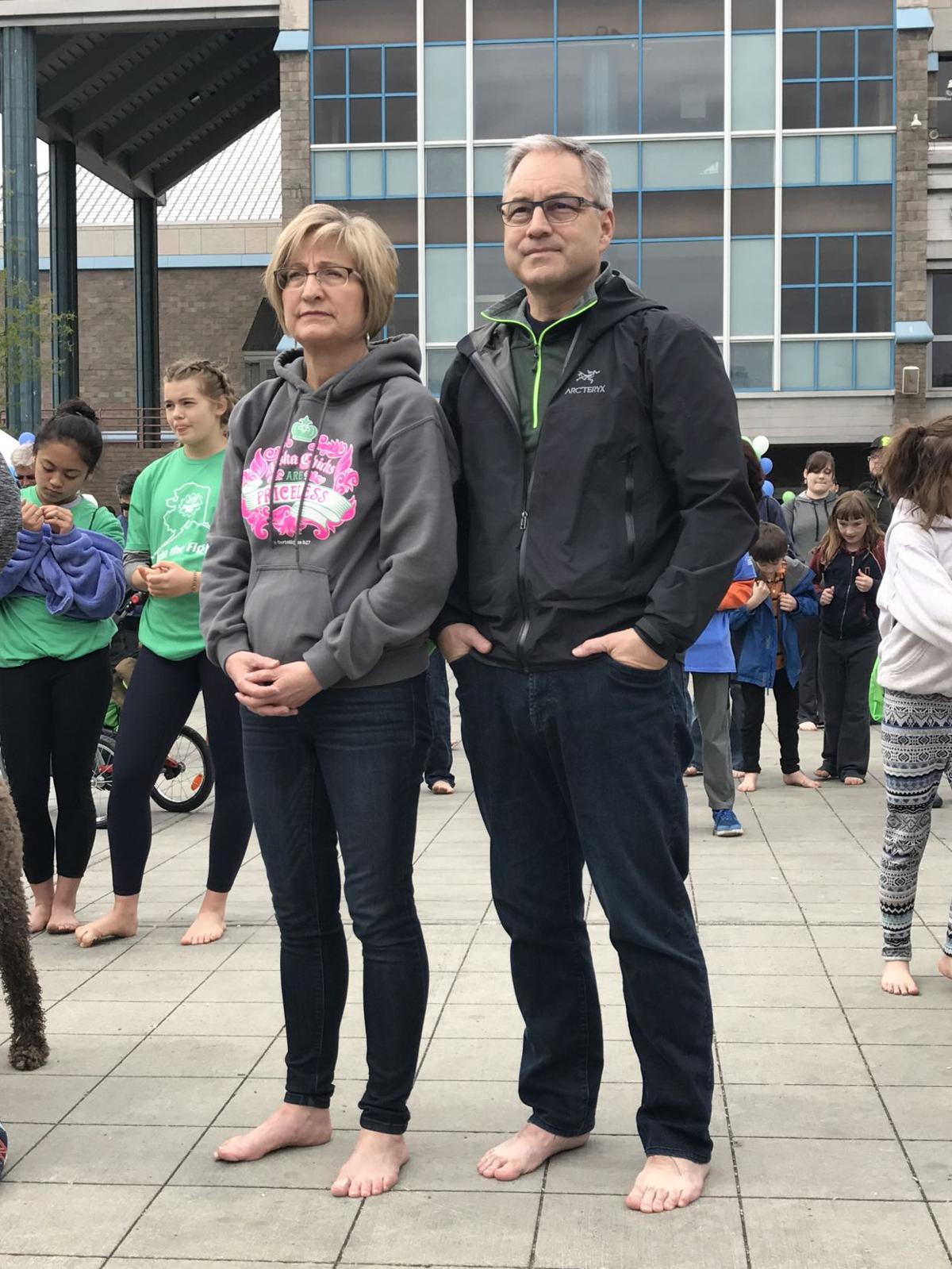 A group of 450 people took off their shoes in the Anchorage Town Square Park on Sat., May 19 and walked barefoot for a one-mile loop in an effort to raise awareness of human trafficking – forced physical labor and forced sexual activity – in Alaska.

“We walk with survivors of this crime today to help them find a new life,” Gwen Adams, director and founder of Priceless Alaska, told the gathered group before the walk began. “This is an evil that we absolutely can put an end to.”

In the past three years, Priceless Alaska has assisted 85 sex trafficking victims leave the industry and start new lives via a women’s mentoring team that connects them with counseling, education completion, emergency and long-term housing, food pantry connections, job training and relocation services.

Last Saturday, with financial and logistics support from Davis Constructors and Engineers, Priceless Alaska joined forces with Joy International, a worldwide group founded by Dr. Jeff Brodsky dedicated to the “rescue, restoration, and reintegration of children, teens and young women affected by trafficking and the Prevention of child trafficking worldwide,” according to its website.

Brodsky was on hand Saturday to address the group gathered in the downtown park.

He spoke of his experience in Cambodia in July 2010 that prompted him to forgo socks and shoes.

“I was at a garbage dump in Phnom Penh, Cambodia with my friend, Rev. Jim Meyers feeding children who lived in and around the dump,” Brodsky said. “Of course, we were also looking for children at high risk of being taken by predators and sold in to brothels. I noticed almost all of the children were barefoot.”

Brodsky could not forget what he saw that day and pledged to go barefoot for a year in solidarity with the children. It was tough, he admits, and he had to be careful in the winter in his home state of Colorado, but he was able to compete that pledge.

In July 2011, the year was up, but Brodsky wasn’t finished being barefoot.

“I’ve been barefoot ever since,” he said.

Brodsky established Joy International in 1976 and founded children’s homes in Bangladesh, China, Fiji, India, Kenya, Mexico, Pakistan, Russia, Uganda and Venezuela. He is the author of the book, “The Least of These,” documenting efforts worldwide to help impoverished children.

Despite all of his previous work, it was his experience in the dump that intensified his desire to help children and women caught up in sex trafficking.

“This is without question the most evil, heinous crime ever perpetrated against a child since the dawn of creation,” Brodsky said.

That brings empathy, but the real work in rescuing children requires funding.

Yet Brodsky never thought his going barefoot would become a national movement, but it did.

Since then, events have been held across the United States including this year’s second event in Anchorage and for a third year in Wasilla.

The events in Alaska have raised more than $200,000 for Joy International with a little more than $3,000 being raised in a text campaign held in the downtown square just before the walk began this year.

In 2012, the former governor was instrumental in creating the Task Force for Crimes of Human Trafficking in Alaska through which state government was able to first officially document the extent of this crime in the 49th state.

He and Sandy remain active supporters of efforts to end human trafficking in Alaska.

The couple were barefoot on the main stage as Sean spoke to the crowd outlining the now six-year-old effort to free “enslaved Alaskans” from human sex trafficking.

The task force’s 2013 final report concluded that 15 to 17 year old girls in Alaska are the most vulnerable to human trafficking. Between Jan. 1, 2007 and June 30, 2012, statewide there were 32 cases referred for review, 27 of those were charged and 19 resulted in convictions. During the same time period, the Federal Bureau of Investigation in Anchorage worked a total of ten human trafficking cases – seven were sex related and three were forced labor. During the same time period within the Municipality of Anchorage, there were 89 referred cases of prostitution. Of those, 86 were charged and 34 resulted in conviction.

The 2013 state task force report revealed a significant lack of awareness regarding human trafficking. It was discovered that more than 70 percent of law enforcement members had not received specific training to identify the signs of human trafficking.

Adams, who has worked for more than two decades in women’s ministry at one of Anchorage’s largest faith communities, ChangePoint, was a member of the state task force.

She said her task force travel across the state learning more about human trafficking and being exposed to its ugly, but often hidden, effects on a community has changed her life.

“This crime is second in Alaska only to the opioid epidemic,” she said. “We can change this.”