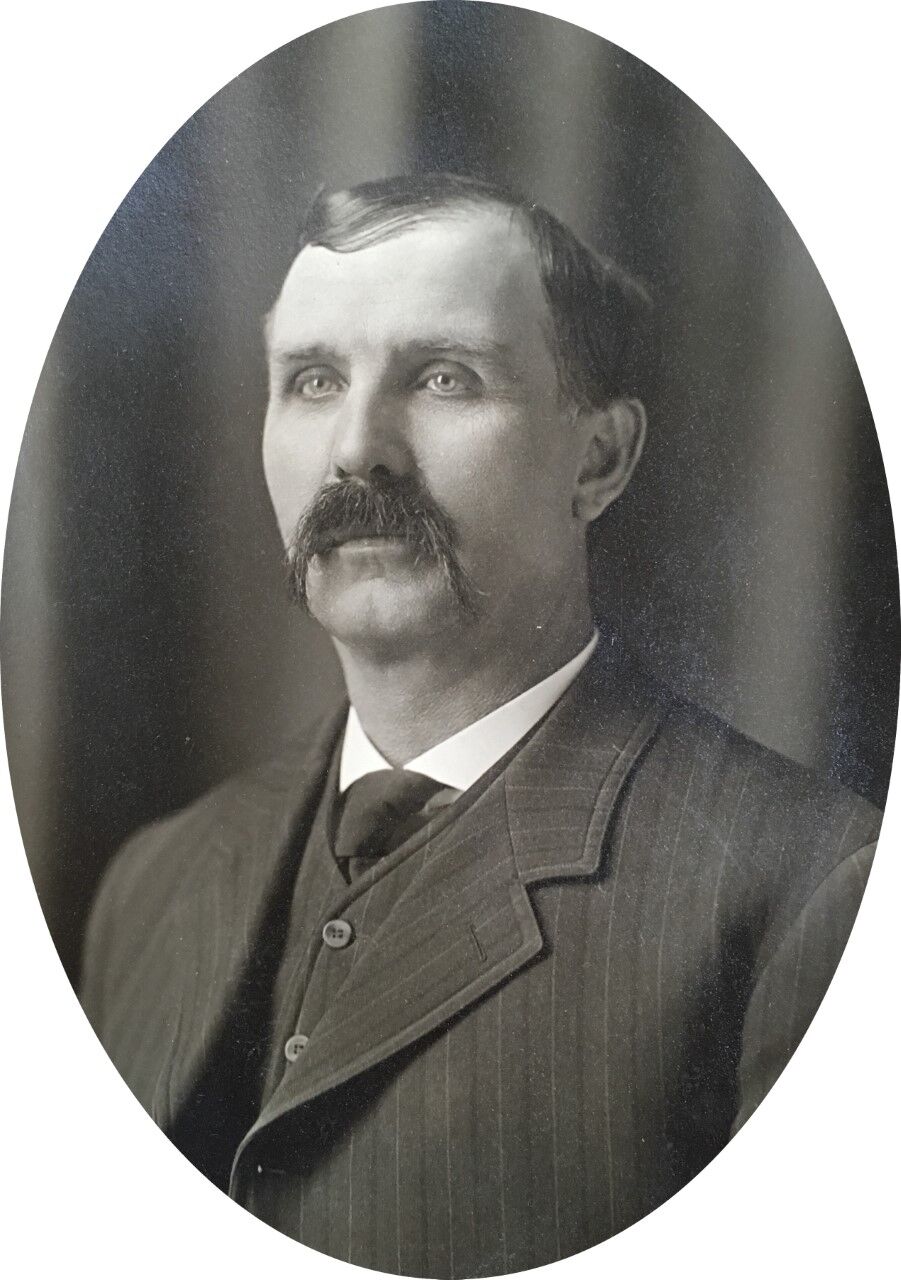 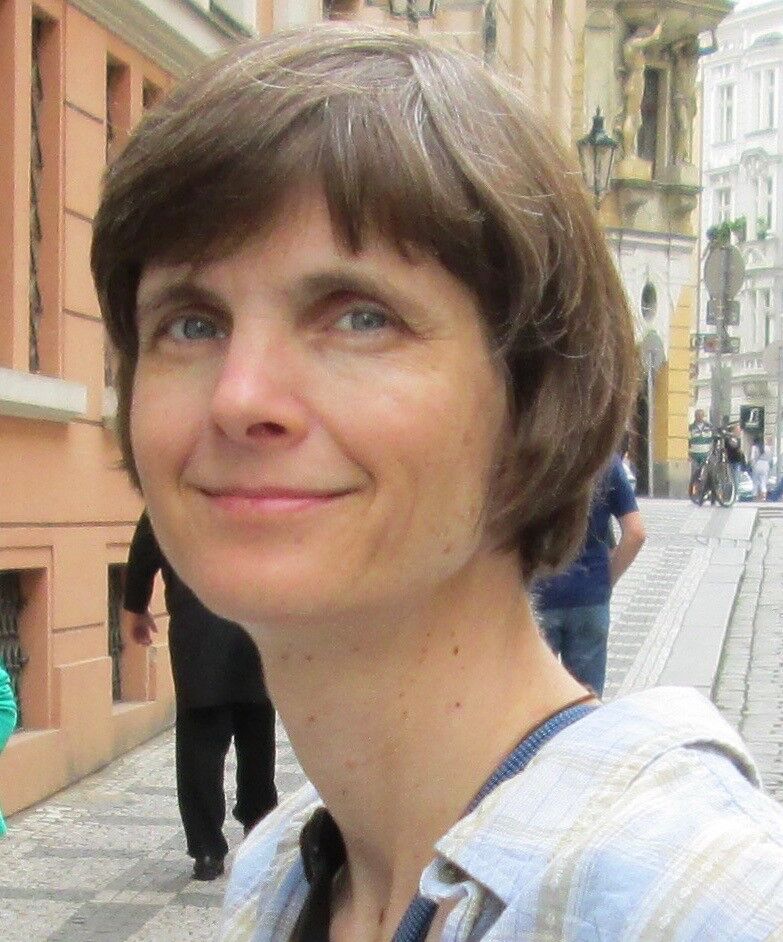 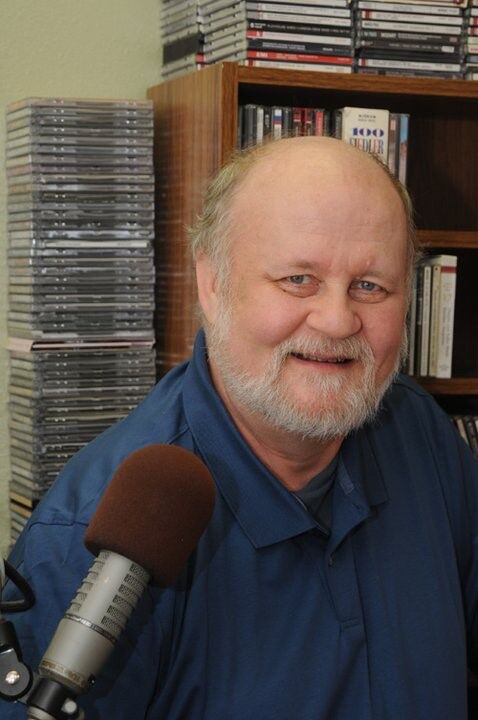 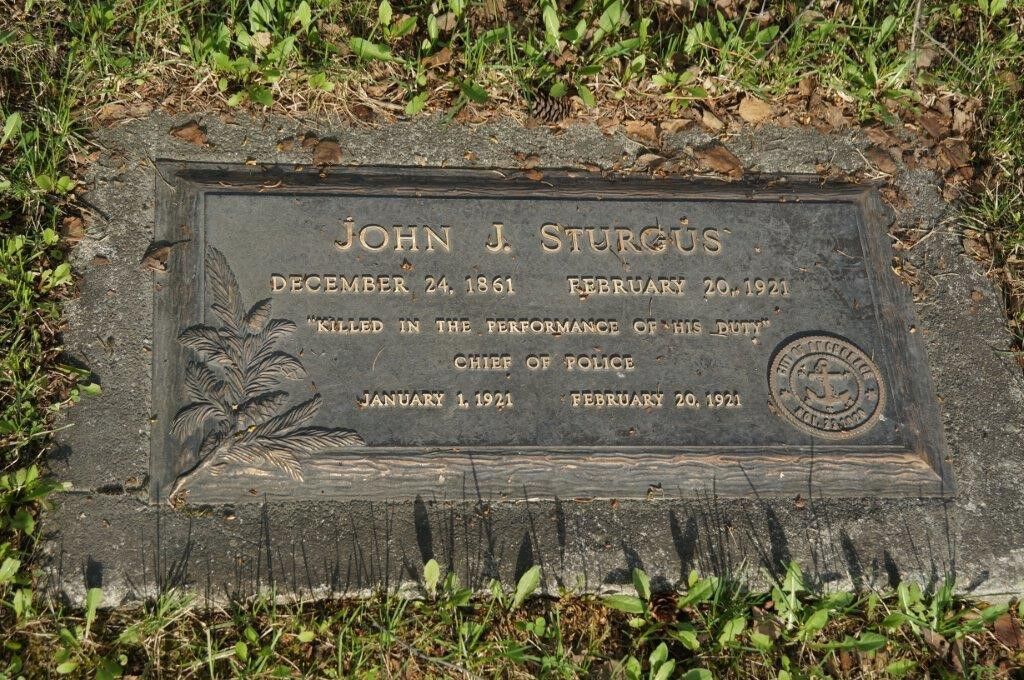 “Exactly 100 years ago today [February 18, 2021] the Friday train from Seward to Anchorage was unusually long with added passenger cars. With Washington’s Birthday the following Tuesday, people were coming to town in droves to celebrate a four-day weekend. Anchorage hotels were full. The festive mood turned to shock by Monday as the headline announced the shooting death of Police Chief John Sturgus...

“The headline in the Anchorage Daily Times got it wrong. Chief Sturgus wasn’t found dead. He was shot, and died about an hour and a half later. He’d only been the chief of police a few weeks, and before that he’d been a deputy Marshal. He was well known around Southcentral Alaska...

“His body was found in back of what is now Salmonberry Tours, in the alley between Third and Fourth avenues... Jack’s body lay about where...what later became the infamous 515 Club. He was near the hotel Anchorage, which is now part of the anchorage Hilton. You know the spot. They took him to what was called ‘Railroad Hospital...’

“A few days later, there was an inquest. Six solid citizens reached the obvious conclusion of ‘a gunshot wound [delivered?] by person’ — notice singular — ‘person unknown, with intent to kill.’ And thus it remained. The marshal’s office said they were investigating every lead energetically. The city council offered a reward of $1,000 for information that would lead to the arrest and conviction of the responsible party. But no conviction, no charges were ever filed, and the murder just became part of Anchorage lore.”

And so began the online February 18 Cook Inlet Historical Society Lecture, “The Life and Once-Mysterious Death of Anchorage’s First Police Chief.” For the first time ever, the two collaborators who solved this mystery presented their solution to the public. But their personal story is at least as interesting as the mystery itself.

Dr. Laura Koenig received her doctorate of Musical Arts from the University of Iowa. She is Artistic Director for the Anchorage Festival of Music, and for 15 years taught upper division music history at UAA. In addition, she is the principal flute with the anchorage opera, and section flute with the anchorage Symphony Orchestra. She collaborated with Rick Goodfellow, Owner of Ghost Tours of Anchorage, and founder of anchorage classical music station, KLEF 98.1. OK, so these are interesting people with not a lot in common other than music, so how did they meet and end up collaborating to solve a hundred-year mystery? According to Goodfellow,

“Laura and her husband came on the ghost tour one night, and she got really interested in what supposedly was a murder mystery. And she said, ‘I’m really a good researcher. I can solve it.’ I had this sort of ‘Yeah, sure.’ I don’t want to discourage any enthusiasm. I didn’t literally pat her on the head, but I had this sort of paternalistic, ‘Well, many people have tried, you know. I certainly encourage it.’ I thoroughly underestimated Laura, but I think it’s just because she was fascinated. And once she gets an idea, it’s really hard to deter her.”

Dr. Koenig was the principal researcher, with Goodfellow making contributions along the way. They had a lot to work with, and hundreds of hours of research to look forward to. Here, Goodfellow summarizes a selection of theories they evaluated that were popular at the time of death of Police Chief Sturgus:

“Naturally, everybody talked about Jack’s death. Nearly everyone had a theory, sometimes two or three theories about the explanation. Most talked about and even passed on to this day generally assumed to be true, was it surely was connected to criminal activity. After all, he was fighting crime. Bootlegging was rampant. Remember that this was prohibition. But it didn’t keep people from purchasing illicit booze. And there was much complaining about the bootlegging.

“Or maybe it was a personal vendetta. Lawman have a way of making enemies. There was even speculation it had to do with a high-profile case jack had been involved with in Everett [Washington, where he had previously been a lawman]. There was also discussion of suicide. The city made real efforts to discourage that discussion. My personal favorite — love triangle. Anna, the widow, was remarried within eight months to a much younger man. Hmmm. Well, actually, there was a huge difference between jack and Anna’s age, as you’ll see. The new bridegroom was newly arrived. Hmmm. And what about personal skeletons in the closet? Family enemies — a lot more potential there than I would have ever imagined.”

After exhaustive research, the evidence led to one surprising but inescapable conclusion. Dr. Koenig explains:

“So, I was convinced jack had killed himself. There’s a family history, there’s a culture, his deteriorating health. He had job issues, possibly marital problems. There was a large age difference between the two. There was recent death of close family. Remember, he had grown up and I think his father figure as a young man was his uncle Robert. Perhaps ‘Oh, Bobby. Oh, Bobby,’ [words Sturgus repeatedly intoned on his death bed] was uncle Robert. Also, the location of the shooting was very close to the Baxter store, and the Baxters were close friends of Sturgus. Perhaps he was going there to just talk to somebody, or perhaps he was going to that structure where McNutt [longtime acquaintance of Sturgus] was because he wanted to, you know, talk to McNutt about something...

“The forensics of the shooting are consistent with suicide. They’re powder burn, there was no sign of struggle, and the shooting was to the heart, which was a common way people would kill themselves back then. He took one gun when he was known to take two. You don’t need to take two if you’re just going to shoot yourself with the one. Witness reports were all around the alley. People heard the gunshot, but they saw nobody leaving the alley. It was also February. And those of us who live in Alaska know that February can really get you down sometimes. It’s cold. It’s been dark for a while. And perhaps that just compounded his state.

“The other very suspicious thing is that the event was quickly dropped. Murders today and back then were a sensational thing. There should have been investigative reporting, a follow up, someone on the loose, but there was nothing. It was just over and dropped, and nobody talked about it anymore. So, I was pretty convinced at this time that it was suicide. But then I found additional evidence...

“‘Tired of life, a young man sends a bullet speeding towards his heart. But a friendly hand intervenes between death and his willing prey.’ — The Daily Boomerang, Laramie, Wyoming, September 1887.’

“That young man who attempted suicide was John Sturgus, and the paper lays out a very detailed biography that matches our own Jack. Jack tried to shoot himself in the heart but a friend intervened, striking his arm up so jack got a shoulder wound. It was serious, but not life threatening. According to jack quoted in the paper, ‘I tried to kill myself but I made a bad job of it...’ The article in the Laramie paper ends with this:

“‘No cause is given for the attempted suicide except that of the victim himself who said last night that his life was not of any use to anybody, not even himself... Mr. Sturgis is a young man who has every reason to anticipate a long life, and it is hoped that it may prove one that he will in the future have no cause to regret has been spared him.’”