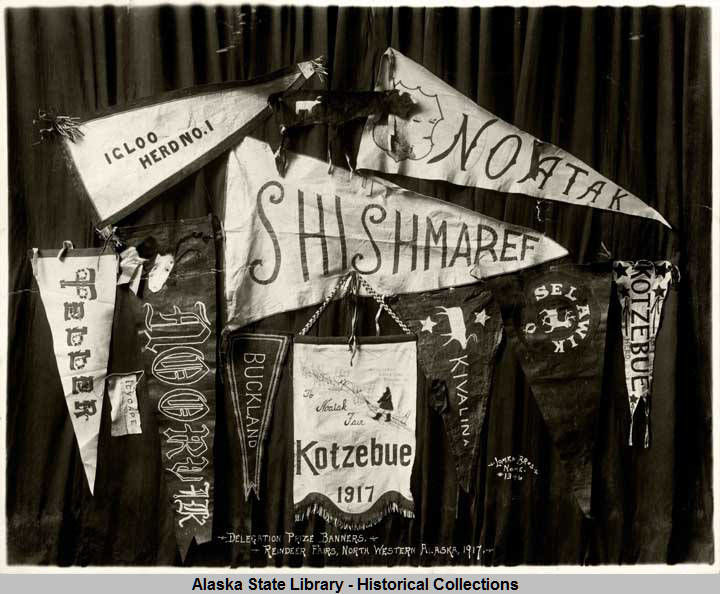 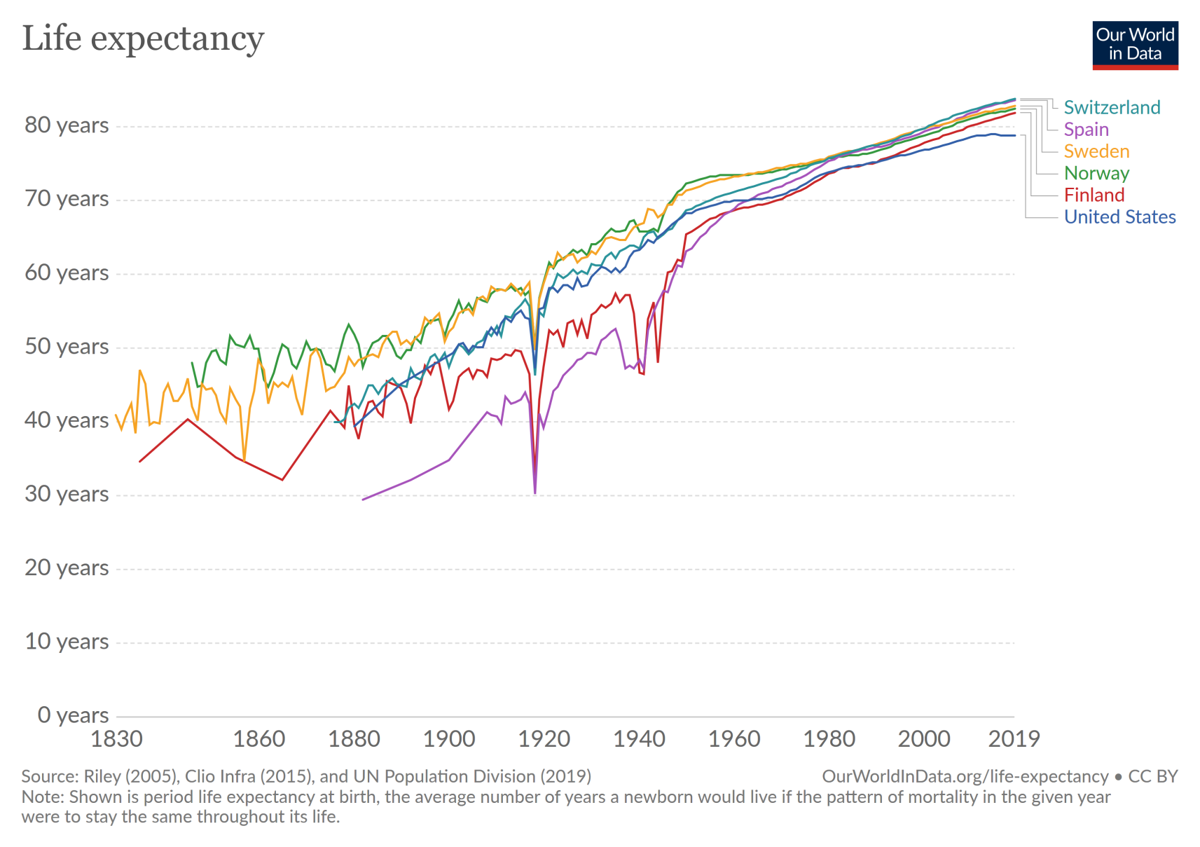 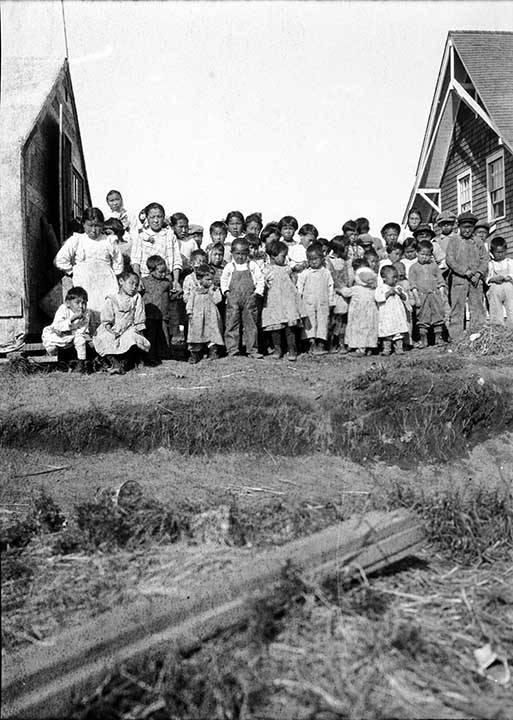 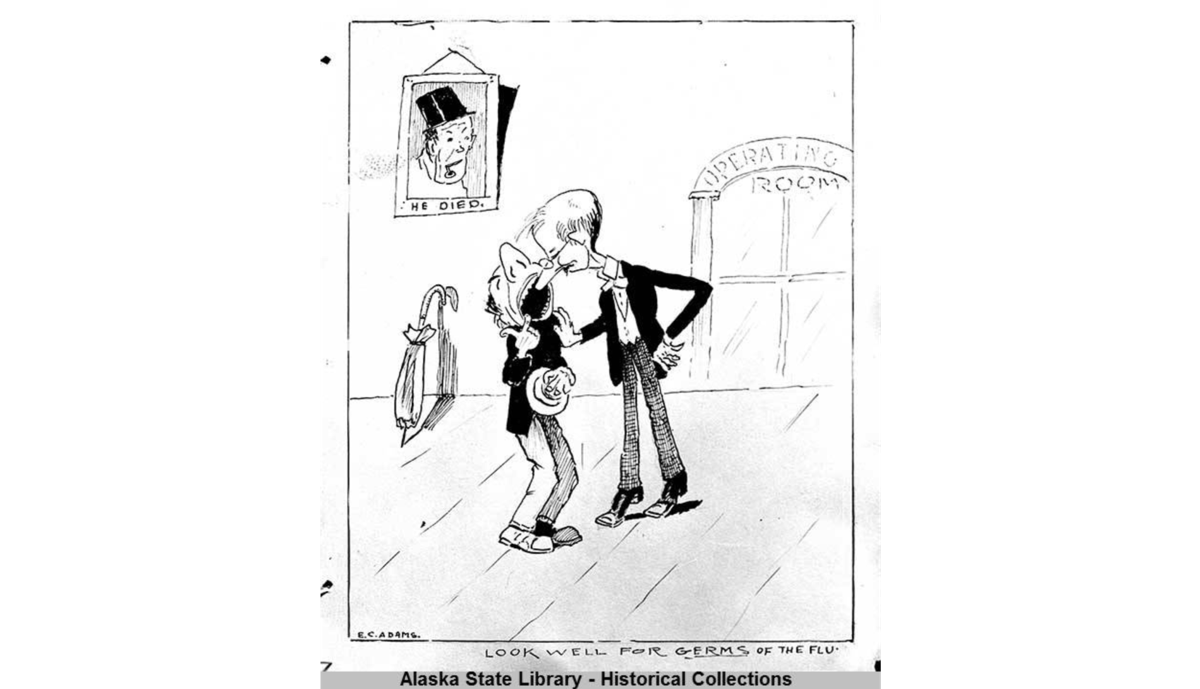 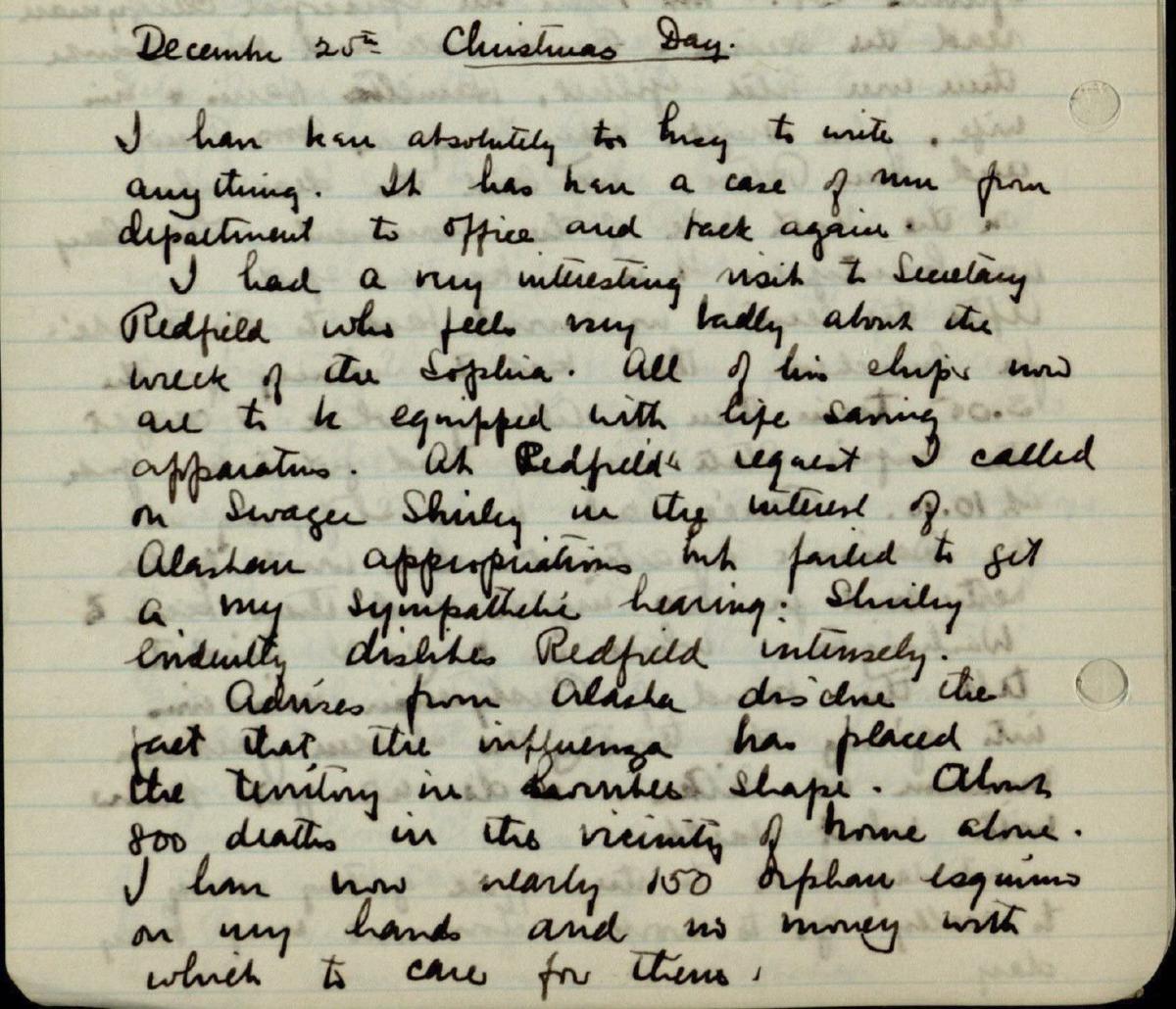 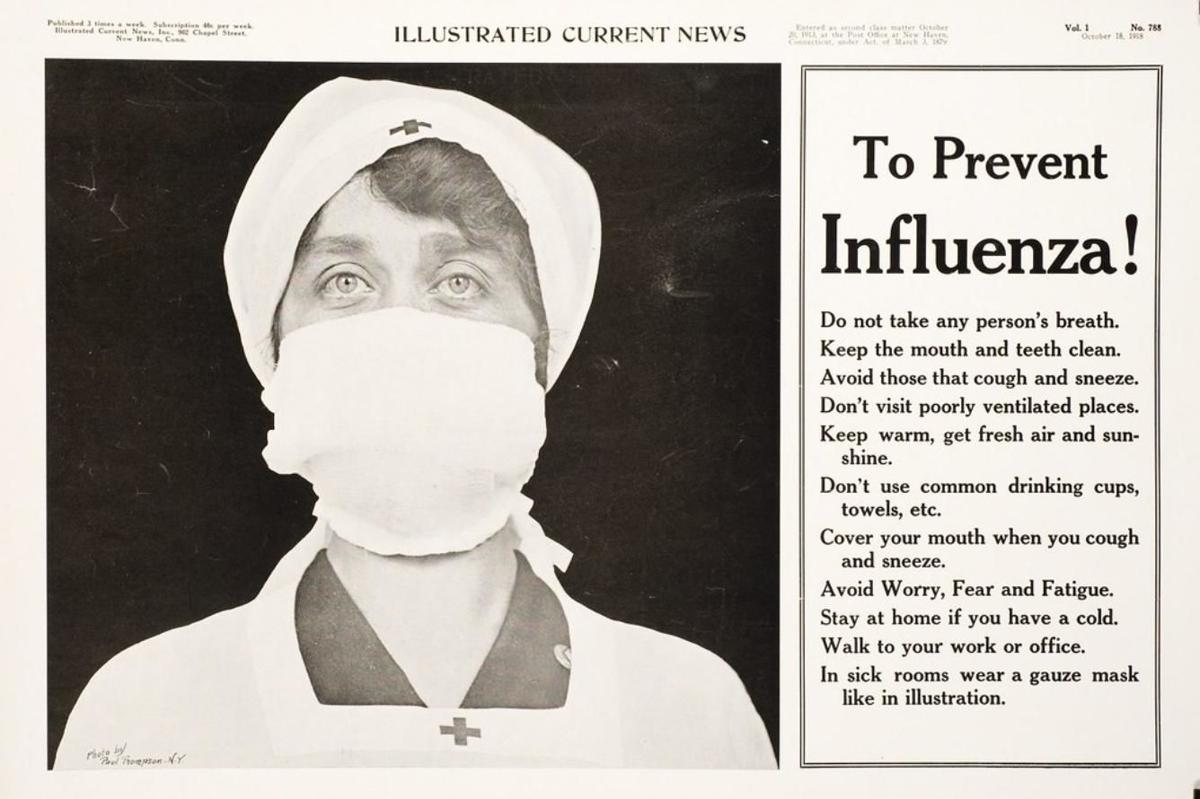 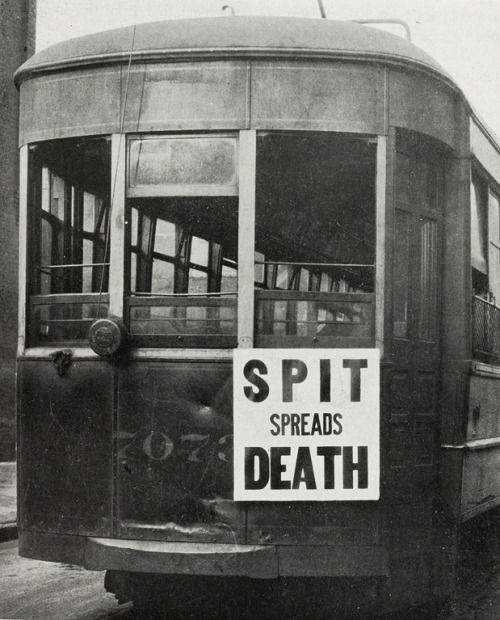 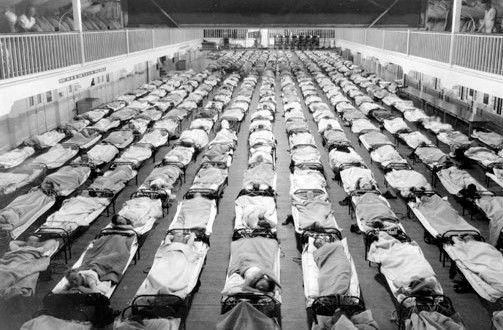 We have lifted the paywall on this story. To support essential reporting, please consider becoming a subscriber.
1 of 9

As the first case of Coronavirus has been confirmed in Alaska, bringing with it fear of a Black Plague, people forget that this isn’t anything new. There have already been mad rushes to buy off all the toilet paper and face masks, fear of Chinese restaurants and businesses, and daily checking of the virus’ death toll. Gov. Mike Dunleavy has declared a state of emergency. This reaction is not without reason, especially in Alaska where the 1918 influenza took such a heavy toll.

The earlier virus has been largely overlooked in world history because it got overshadowed by World War I and the number of deaths didn’t seem so much compared to, for example 27,000 people dying in a single day in the Battle of the Frontiers. It is estimated that 40 million people died in that war. It is hard to gauge the number of deaths from the Spanish Influenza, but Johnson and Mueller estimate that as many as 50 million people were killed.

The disease did not, by the way, start in Spain. Its origin is a mystery. But as the war effort was in full swing, leaders did not want newspapers to focus on the sickness and damage moral for the war effort. Spain, on the other hand, was neutral, and no censorship clouded its papers. America read about the sickness from those papers and the name stuck. Spain had different names for the disease, “the French Flu” being one of them.

The disease came to Alaska via ships, the main form of transportation back then. Ships came from Boston, went to Philadelphia, to Seattle, and finally to Alaska. Between 1918 and 1919, 1 out of every 20 people in Alaska died, half of them from the influenza. About 80% of those who died were Alaska Natives.

The Spanish Influenza was also bad in some cities in the lower 48, such as Philadelphia, where a large parade brought the people together like sardines, similar to the Chinese New Year celebrations in Wuhan. The high number of deaths caused widespread panic and health campaigns tended to focus on spit rather than washing one’s hands. Yet, many of the same warnings that we receive today were in the news in 1918, warning people to stay home, wear a mask, and relax.

By the time the Spanish Flu was making its way to Alaska, people knew what was coming. They also knew how to prevent it. Thomas Riggs Jr., the territorial Governor of Alaska, put up a quarantine in the ports. He ordered schools, churches, theatres and pool halls to be closed in communities, like the closures we’re seeing today. Doctors examined travelers coming in on ships before they were allowed into the cities to make sure they didn’t have the disease. They also examined travelers arriving in Nome on Oct. 20th, even put the 30 passengers in quarantine in the local hospital, just in case. The mail on that ship, going out to the villages, was fumigated.

Apparently they forgot to fumigate the people. The crew unloading the mail, not knowing they were sick, gave the flu to the some of the mail carriers. And, as it is easier to get around in the bush in the winter than in the summer, those mailmen brought the sickness all over western Alaska. Later, at least one of the passengers who had been released from quarantine in Nome proved to have the Influenza after all, and all hell broke loose.

What followed was an atomic bomb of sickness. Villages were devastated—more than half of Wales died, and 90% of Teller Mission was killed. Many froze to death, as there was no one to keep the fires going, and others didn’t have enough food. People ate their dogs and dogs ate people who had been left unburied. Kids were left without parents. Whole villages disappeared. The influenza spread to other parts of Alaska too, from Nome and other cities.

Harold Napoleon, who wrote the book Yuuyuraq, remember elders calling it yuut tuqurpallratni, or “the Great Death.” He speculates that as their world got turned upside down, much of their culture was lost. Elders disappeared and people became dependent on missionaries and teachers who imposed a different culture on their way of life, something felt to this day.

There may be different reasons as to why Alaska got hit harder than the rest of the United States, and why Natives suffered more during that sickness. Due to isolation, many villages had lower immunity. Isolation and weather also kept people from getting the medical help they needed, or basic food and warmth. Racism may have played a part as well; aid was focused on the white population.

Not all the villages had a sad story though. Some got lucky, like Egegak in Bristol Bay, where the flu didn’t get to them at all. Alaska also has a lot of Islands that the influenza never reached. King Island, Diomede, the Pribilofs, and St. Lawrence Island had no deaths. Other villages, like Shaktoolikquarantined themselves with success.

I had a coworker from Shishmaref who told me that her grandfather had helped guard her village when the influenza of 1918 came. A messenger had come ahead of time and told them what was happening in Nome and the other villages. Shishmaref is fairly close to Wales. But being whale hunters, fearless and proud, the village had plenty of rifles. They set up the guards eight miles to the south, towards Wales, and waited it out. She told me that as a result, no one died in their village. The beat the flu.

Alaska potentially has the ability to fight against the Coronavirus better than other states. There are a lot of villages and small cities which are off the road system, so travel is more restricted. Though villages rely on kuss’aq food and airplanes a lot more than they did a hundred years ago, people are still self-sufficient. They are used to stocking up on food for the winter and many people hunt. All Alaska has to do is get out their rifles and not let anyone through. In other words, stay isolated until the worst of the virus passes.

But so far the coronavirus doesn’t seem to be as bad as the epidemic of 1918. It doesn’t tend to kill healthy adults as the earlier sickness did, but rather the elderly. There is also an efficient system of testing for it, which might have saved Nome in 1918. The world at that time was in the midst of a World War, considerable poverty, and poor sanitation and low hygiene were common. We understand the disease a lot better now.

On the other hand, airplanes spread disease quickly and make travel to the villages more dangerous. Most Alaska Native communities still have rifles and if we have learned anything from Shishmaref, it’s that a couple armed guards go a long way towards stopping an epidemic.