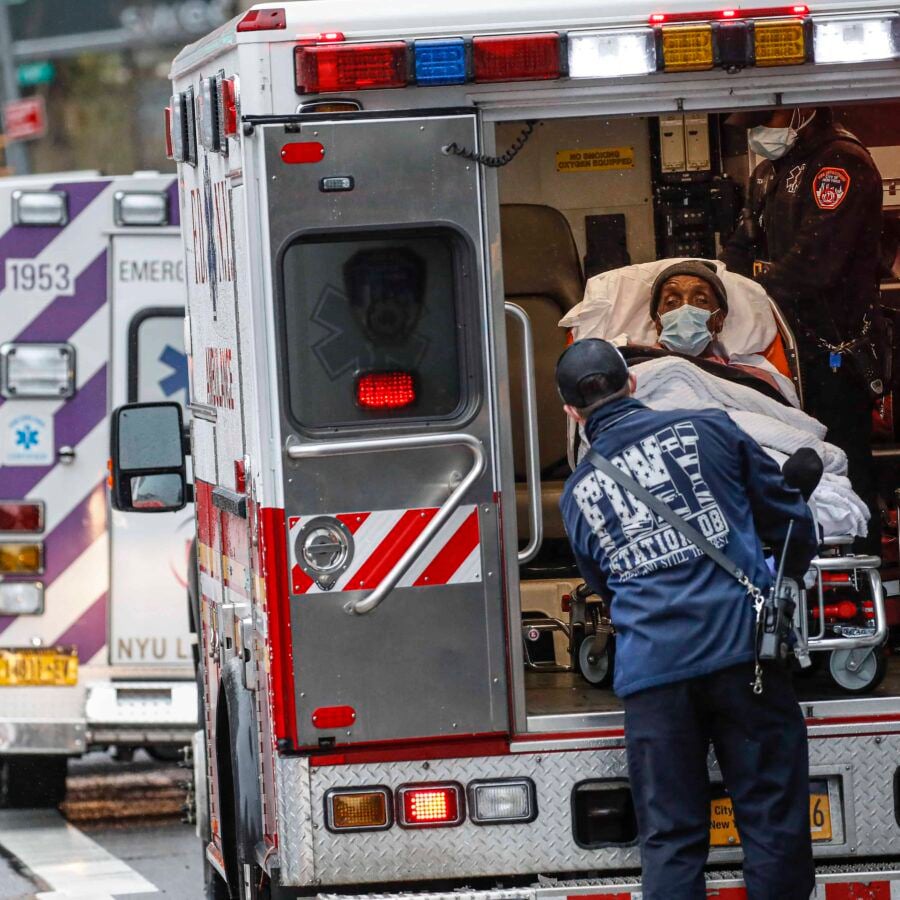 This story was published in partnership with NPR. Read the original version at the Center for Public Integrity.

Prominent scientists have warned of a grim future for the coronavirus pandemic, while President Donald Trump has said the virus will “go away,” even without a vaccine.

The Centers for Disease Control and Prevention is splitting the difference.

The nation’s top public health authority this week posted scientific parameters that show its earlier view of the pandemic — considered too rosy by some experts — has gotten even rosier.

The CDC expects hospitals to see millions fewer COVID-19 patients than the agency expected in mid-April, according to a comparison between a new modeling document and earlier, internal versions obtained by the Center for Public Integrity in April. The agency, part of the Department of Health and Human Services, also expects roughly 100,000 fewer deaths over the course of the pandemic.

The CDC’s current “best guess” is that — in a scenario without any further social distancing or other efforts to control the spread of the virus — roughly 4 million patients would be hospitalized in the U.S. with COVID-19 and 500,000 would die over the course of the pandemic. That’s according to the agency’s new parameters that the Center for Public Integrity plugged into a simple epidemiological model.

“The planning scenarios are being used by mathematical modelers throughout the Federal government,” the CDC document reads. They “may also be useful to hospital administrators in assessing resource needs.”

More than 89,000 people have died in the U.S. from COVID-19 as of Friday, according to the Johns Hopkins University tracker.

The CDC and White House did not respond to requests for comment.

The new CDC guide for modeling deaths and hospitalizations underscores how politicians, government officials and medical experts still disagree on how deadly the coronavirus is and how much caution to take when reopening the nation’s economy.

“If you’re taking these numbers to be your guide, they’re obviously lowball estimates,” he said.

The fatality rates in the document “are certainly at the very low end” of those that scientists think possible, agreed Joseph Lewnard, an epidemiologist at the University of California, Berkeley. “Greater clarity on the scientific basis for these estimates is urgently needed.”

The CDC document outlines five possible scenarios for the future of the pandemic, one “best guess” and two better-case and two worse-case versions. All of them are “unmitigated,” meaning they do not account for future social distancing, widespread mask usage or other efforts to contain the coronavirus.

State and local officials can use the scenarios as a baseline model against which to weigh different responses.

“Modeling is done in order to explore the consequences of things you’d rather not find out the hard way,” Hanage said. “All the models are only going to be as good as their assumptions.”

Another expert — University of Washington biologist Carl Bergstrom — said that even the CDC’s worst-case scenario is realistically a best-case scenario. The agency’s worst-case fatality rate, he noted, is more optimistic than recent, high-quality coronavirus data about the death rate in Spain.

“These [CDC] numbers are so far outside of the scientific consensus that this strikes me as a devious and cynical effort to manipulate not only federal modeling but the broader scientific discourse,” Bergstrom wrote on Twitter.

The CDC’s latest fatality rates are in line with one set of estimates: those that Stanford University professor of medicine John Ioannidis published in a not-yet-peer-reviewed analysis of antibody studies worldwide. Ioannidis has championed a less cautious response to the coronavirus, earning kudos from those who favor swift reopenings, such as Fox News anchor Laura Ingraham, and criticism from many public health experts. He did not respond to a request for comment.

WHAT WOULD FEWER HOSPITALIZATIONS MEAN?

The CDC’s new, lower estimates would still suggest far more hospitalizations and deaths than seasonal flu’s annual tolls. But they are lower than figures used by other influential models.

The fatality rate, for instance, falls below a wide range of possible rates used by Imperial College London in its model for all 50 states.

The nation’s health care system could perhaps handle the CDC-predicted 4 million hospital stays over the months-long course of an unmitigated pandemic, said Irwin Redlener, director of the National Center for Disaster Preparedness at Columbia University.

Federal documents: more than 300,000 likely to die if restrictions are lifted

But he doubts Americans would want to see the corresponding 500,000 estimated deaths from such an approach — essentially aiming for herd immunity. That would far exceed the number of American soldiers who died in World War II, by comparison.

“That is not a planning scenario that is appropriate, I think, for a developed democracy. We need to be able to do better than that,” Redlener said.

The coronavirus will not spread evenly across the country. Like all fast-moving infectious diseases, it may rage in some areas while leaving others relatively untouched. Experts said people must not only look at the overall picture of the pandemic’s danger, but about the chances for sudden, local surges that overwhelm hospitals.

“Think of New York,” Hanage said. “Think of those places that have been really badly hit.”

An earlier model produced by the Harvard Global Health Institute in March, before many states issued stay-at-home orders, used a far higher hospitalization rate than the CDC’s current number and predicted that many communities would run out of hospital beds without social distancing.

The United States has more than 900,000 hospital beds, according to the American Hospital Association, though at any given moment, many of them are already used by patients with typical ailments unrelated to COVID-19.

The CDC doubled its fatality-rate estimates for the coronavirus from early April to mid-April, with the resulting death estimates jumping from roughly 300,000 to 600,000 over the course of the pandemic, before adjusting them downward in the current document. The hospitalization rate also went up in mid-April but now sits below either of the April figures.

That mistake has raised suspicions among health experts that political considerations are marring CDC’s data, since mixing the two types of tests made the nation’s viral testing capacity look better than it is and confused the scientific picture of the virus.

It is unclear whether the CDC’s new parameters, which the agency said come from data it received before April 29, are based on test data that improperly mixed both antibody and viral results, as The Atlantic reported Thursday.

That mistake has raised suspicions among health experts that political considerations are marring CDC’s data, since mixing the two types of tests made the nation’s viral testing capacity look better than it is and confused the scientific picture of the virus.

“It’s incomprehensible that the CDC’s scientists would make such a rookie mistake that muddies their own data — unless politics is interfering with their ability to do their job,” the Harvard Global Health Institute said in a newsletter Thursday.

Parameter revisions are normal when modeling epidemics. Scientists expect to revise the numbers they use to describe the power and reach of a virus as they learn more about it. The CDC document reflects this: “The parameter values will change as more data become available,” it says.

Several news outlets have reported that White House officials have privately questioned whether the official death count for the coronavirus is inflated, while experts said data on excess deaths showed the COVID-19 fatality count was likely incomplete.

The new CDC document weighs in on that question. The pandemic is likely worse than official numbers show, the agency suggested.

“Many cases and deaths are never confirmed to be COVID-19,” the document reads.