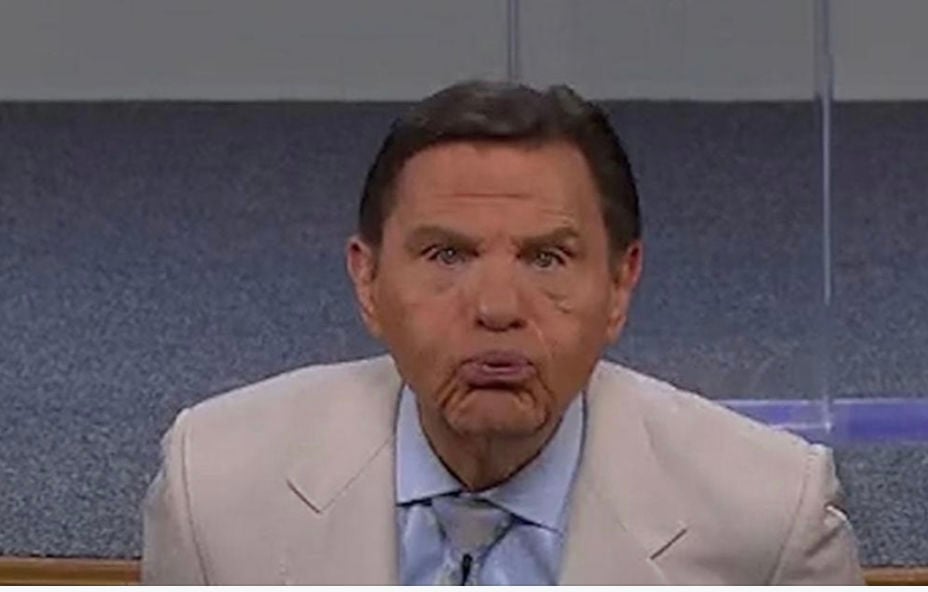 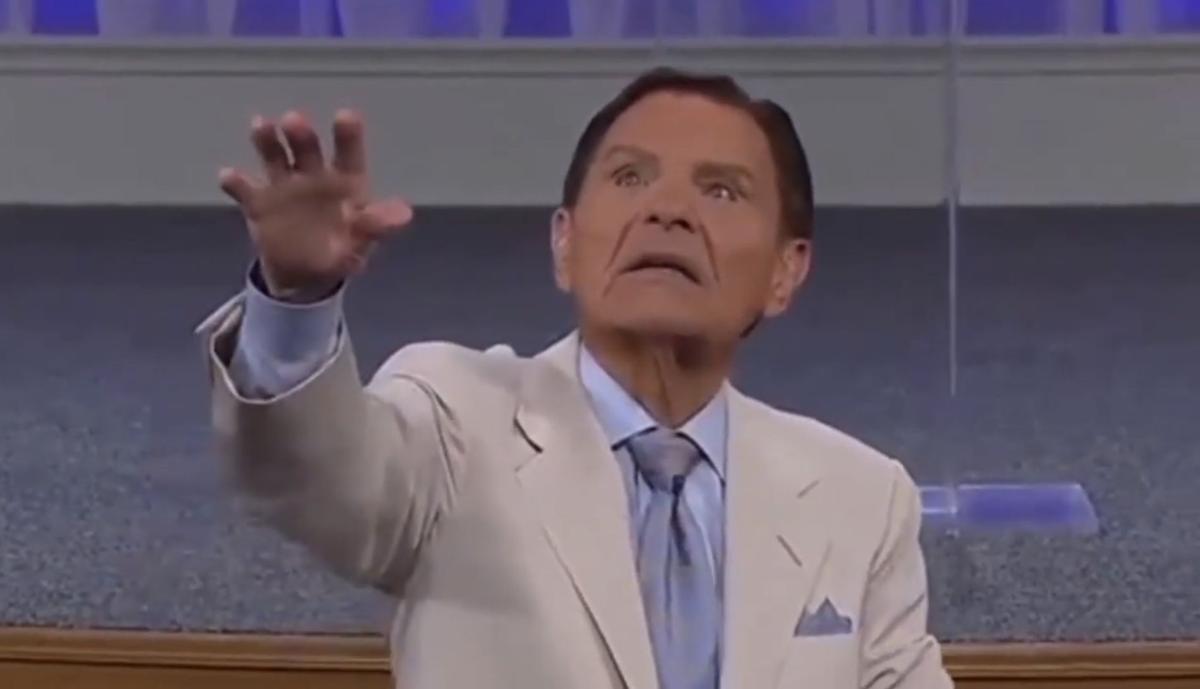 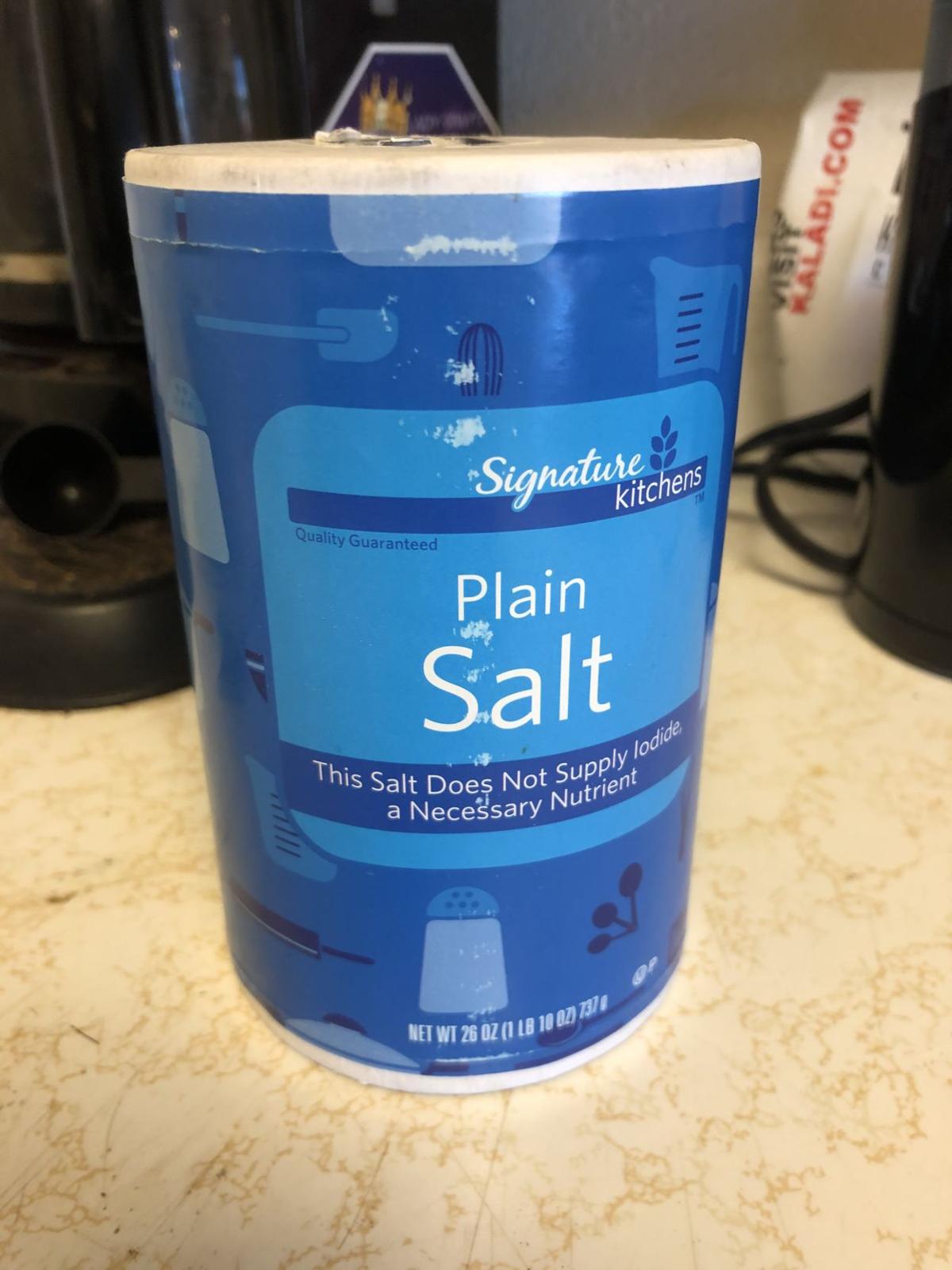 This was when Copeland came to Anchorage and held a series of six “meetings,” lasting three hours each, generously sprinkled over a single weekend. It was 2016, well before Copeland’s recent claim he could blow the Coronavirus away, with “the wind of God.”

We had been chosen to help bring the Word of the Lord to Anchorage and we all agreed to get high as fuck beforehand. I didn’t generally work at the Dena’ina but most stagehands in Anchorage don’t just work for one company if they want to pay rent. I had sworn off the company I was subcontracted with years before, after sniffing too much morphine off road boxes and freebasing oxycontin with the crew, at least the ones who are dead now. Weed was all that was openly on the table the weekend of the Copeland gig, and about a half dozen of us, dressed in nothing but black, poured into a small house downtown to smoke. I have never seen shit talking more epic than stagehands before a gig. Everyone is amped in that moment, yet prepared to be miserable for many hours, and everyone shows off a little. Some crews have that person who is individually civil and well-behaved, but has to be able to at least sit through a raunchy hypothesis about someone’s proclivities or some awful confession.

The Kenneth Copeland crew I was on didn’t have that guy. So we each shared in equal dread the fact of attending Evangelical Baptist church services — for a whole fucking weekend.

I watched the audience come in, appraising them. They looked like regular people who all showed up to pay out the ass for terrible advice. My job was to page cable for a cameraman, circus monkey work that required no more significant skill than knowing how to properly coil cable and feed it out as the cameraman I was assigned to moved around. When there wasn’t much happening with the theatrics on stage I was to keep out of the way, but could not sit down. I had a huge coil of cable I stood by. I was so high I had to lean on the wall. Edibles high.

There was a very distinct subtext to each meeting and the first three were 1: tithe, even to your last dollar 2: tithe, even in debt, and 3: how to get out of debt (so you can tithe). He even sows doubts about banks, implying some are mafia-owned, like a savings account is the worst thing you could do with your money.

Copeland, whose present net worth is about $760,000,000, has asserted to his followers in 2020, during the outrageous explosion of unemployment currently in America, “Whatever you do right now, don’t you stop tithing.” The cash buckets went around every ten minutes during the “meetings,” I went to.

America is in dire financial trouble during the Coronavirus outbreak and Copeland is still going on his TV show, ‘Victory Live’, and telling people who don’t know how long they’re about to have nothing that they still must send him money. To “text give or something,” if they can’t get inside a church.

During the meetings I worked, Copeland said people have to understand “Heaven’s economics. The way heaven works—financially.” He twists scripture, even has his own version of the Bible called ‘The Amplified Bible’, which is heavily edited and annotated. Copeland makes claims he is the kind of person who needs the finances, “that he may have, to give to the man that needs,” as though Copeland in some way reciprocates. But Copeland is very convincing it isn’t his place or responsibility to reciprocate. Copeland and his wife take turns for hours on end spouting heaps of stories that could never be substantiated, about people from the church who tithed, and believed, and were cured of ailments; like one poor housemaid with a mole over half her face that just fell off one day when she was down on her knees scrubbing, describing tendrils on her face that immediately retreated and healed up. The crew members I could see kept checking in with a visual, “the fuck?” and “are you hearing this?”

Even if you go to Copeland’s services, it isn’t his job to heal you — it’s yours. Copeland sells people on the idea that when they come to the stage to be healed by faith, it is their own belief and connection to God that provides the miracle; he is just there to bring people in touch with that—in a way only he can. The healing, if not manifest, is to be presumed.

The statement fed to devotees is, “I believe that I am healed, in Jesus Christ’s name, amen.” It is used as one word, “InJesusChrist’snameamen,” and it is repeated over and over.

If someone asks, “Hey, Judy, how is your cancer doing?” that is the answer.

“I believe that I am healed…”

Kenneth Copeland is what is known as theater as a triple threat, he acts, he sings, he even dances. He brings a whole band on stage to back him up. He did ‘Swing Low, Sweet Chariot’, in the traditional style, then kicked up the tempo and infused it with blues and rock, stirring everyone up with what some have called “devil music,” then pulling the Native American card out of nowhere.

“Us Indian people have something in us,” he said. “White people engineer it, brown people paint it, and black people take it and make music with it!” He went out of his way to have moments with the few clusters of black people in the audience, and people just listened.

At one point when there was more movement, some cables crossed in the shape of a giant dick and balls across the floor of the place, the only sign I saw that day. Another guy, Lewis, had the same job I had and was squatting low, something I refused through the whole broadcast. He followed my eyes to the giant dick, gave a saucy look and whispered, “Glo-ry,” broken into two words the way Copeland kept saying it.

Copeland elaborated how communism failed because the people did not give “the increase,” to God. He explained “Why everyone, every body hates Jews. They always prosper in any country, at any time, and the increase always goes to them, and it seems like all the money in the country goes to them.”

He even offered the gem whilst describing the courtship of his wife, “Ya gotta be prepared to lie.”

But those are only the preposterous things that directly and coherently came out of his mouth. Copeland spoke in tongues on several occasions, at some point directing the entire congregation to join him. It was like 250 people, all jabbering in holiness. He said at one point he would lead an entire meeting in tongues, but I never heard it. The “astute” Copeland attendee probably goes home with the realization they must have heard an entire three hours of services in tongues with perfect clarity.

The definitive moment in my experience with Kenneth Copeland, though, was when it was time to herd afflicted audience members, en masse, to the stage to for the “laying on of hands.” Randomly throughout the meetings Copeland had stopped to rid an audience member of cancer or some invisible thing, but this was a straight cattle call at the ass end of the meetings for everyone to gleefully throng the stage. Copeland leaned over the audience, and as he placed his hand on either side of their necks, they would fall to the ground into the arms of designated attendees.

I searched the audience for someone who couldn’t fake it and found her. In more recent years I had done some volunteering with Special Olympics. I watched a girl, probably eight or nine years old, with special needs, walk to the front of the stage in the desperate hope that when Kenneth Copeland touched her she would be miraculously improved. I watched Copeland touch her; I watched the attendee guide her to the ground. And when her time in the melee was up, I saw her step away with her same crooked walk and the twist in her face. I remembered every time Copeland or his wife told some story about someone just believing enough, and saw her walk away unchanged. I wondered what she was thinking. “Did I do something wrong?” “Did I not believe hard enough?” I wondered if she’d spend the rest of her life thinking she had seen her chance at a regular life and blown it.

And that, pissed me off.

Copeland left a few things in his dressing area, and stagehands raid that kind of shit. I carried a wide cylinder into the main conference area and held it up.

“The salt of the Earth.”

Now I can’t sprinkle a little out in my kitchen without saying, “Glo-ry.”

As we took down the set, Lewis led the discussion on ethics. He is an inveterate thief with at least one felony conviction.

Lewis is also on a permanent watch list with the bureau of Alcohol, Tobacco, and Firearms.