On the agenda for tonight's Anchorage Assembly meeting is Memorandum 770-2021, Anchorage Election Commission appointments. Mayor Bronson has named Heather Clopton and Cecelia Donelson to the Commission and it didn’t take much sleuthing to figure out why.

Save Anchorage has engaged in disinformation campaigns related to covid, mask wearing and election fraud. The FBI arrested a member of the group for their alleged role in the January 6 armed insurrection while others celebrated the attack on democracy. The group’s handlers have advocated for the dismantling of Anchorage’s Vote By Mail System — a notion Mayor Bronson previously asserted he is on board with.

To nobody’s surprise, Cecelia Donelson has been an active member of the far-right Save Anchorage Facebook group since July 13, 2020. She has advocated for a return to in-person voting, asserting in a comment made to Must Read Alaska on June 6, that there were “numerous areas of suspected fraudulent activities” in this year’s Anchorage Municipal election. In her comment, Donelson appears to have also referenced the Arizona recount for the 2020 presidential election, which found no proof of corruption.

In a comment made in response to a June 19 request by Save Anchorage moderator Julie Brophy, who was seeking volunteers to collect signatures in a brazen and disillusioned attempt to get rid of Anchorage’s Vote By Mail System, Donelson wrote that she had emailed those behind the effort to become a signature collector for the effort.

In an April 29 post made to Save Anchorage, Donelson, a now potential Election Commission member, appears to have provided information to the group hoping that it would help “get the right candidate into office.”

Other comments made by Donelson to Save Anchorage allege that corruption in Anchorage’s local government through many departments — including the Anchorage Assembly, had been “exposed” and she advocated voting out “extreme left leaning” Assembly Members including former Acting Anchorage Mayor Austin Quinn-Davidson. Donelson did not share in her comments how the former mayor might have been voted out of her acting mayoral role.

On Twitter, Donelson also appears to have “liked” a tweet made by Charlie Kirk, who took issue with the media’s portrayal of the Arizona audit of the 2020 presidential election. In his tweet, Kirk alleged that there was more voter fraud in America than systemic racism. Another tweet “liked” by Donelson was in reference to a news article that stated New Mexico congresswoman Yvette Herrell planned on objecting to Biden’s election. 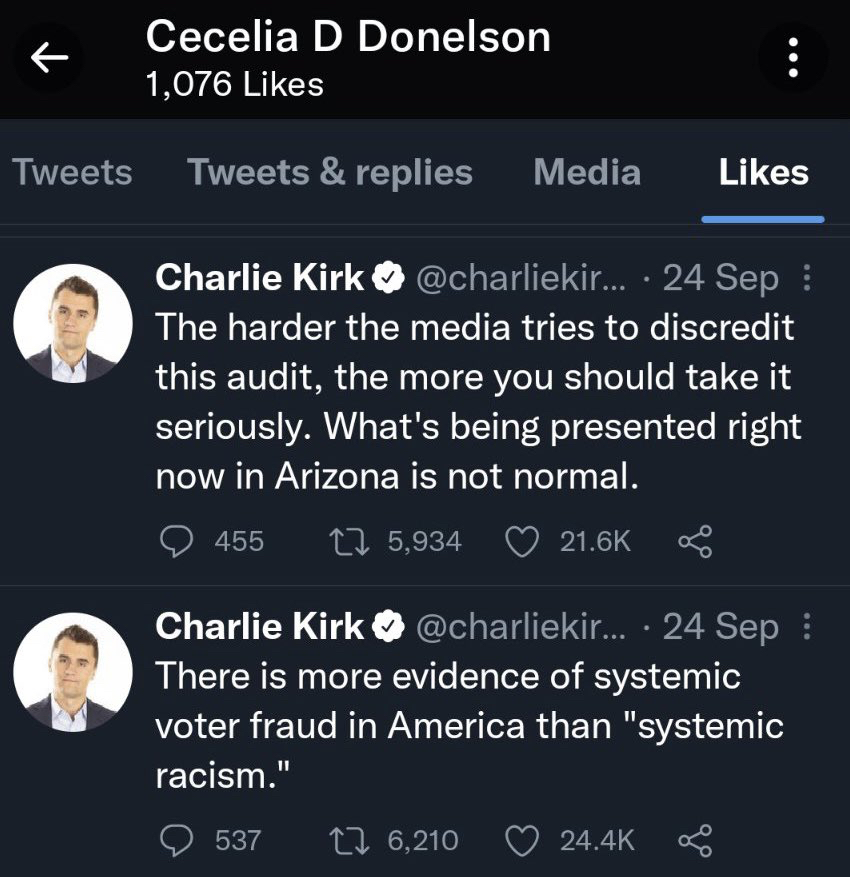 It is important to note, however, that Facebook accounts associated with the Save Anchorage Facebook group, such as Aaron J. Mileur, who was arrested by the FBI for his alleged role in the January 6 Capitol Hill insurrection, have also referenced the baseless QAnon conspiracy theory.

QAnon, for those unaware, refers to a collection of internet conspiracy theories that erroneously claim the world is ruled by a gang of Satan-worshiping pedophiles. QAnon adherents believe that Donald J. Trump was recruited by top military generals to run for president in 2016 in order to dismantle this criminal conspiracy and bring its members to justice.

None of this came to pass because it’s nonsense.

According to state documents, Donelson also voluntarily surrendered (of her own free will) — her Alaska Pharmacy Technician license in 2015 in response to allegations she misrepresented herself as a pharmacist while providing professional services. 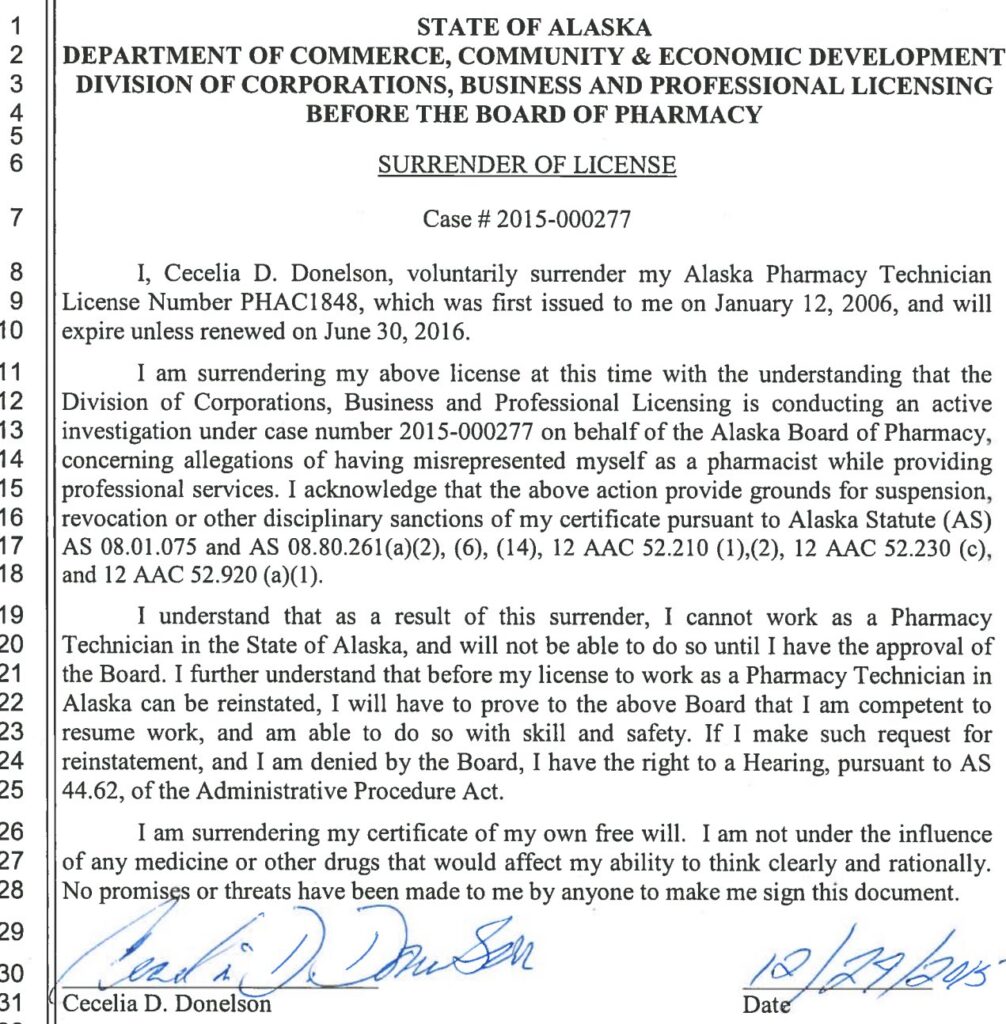 Another of Mayor Bronson’s appointees to the Election Commission is Heather Clopton, whose name appears on a “Ban Dominion Now” petition circulated last year. The petition alleged, among other things, that Dominion voting machines were “at the heart of a nationwide scandal involving their use and abuse in multiple states” during the 2020 presidential election.

Clopton was once, and may still be, a longtime member of the Save Anchorage group where anti-Dominion sentiment has been espoused.

Clopton’s name appears on a July 19, 2020 Save Anchorage new member list shared by group administrator Joseph Lurtsema. Worth noting is that for reasons unknown, Clopton’s Facebook account is no longer available and appears to have either been deleted or temporarily deactivated. 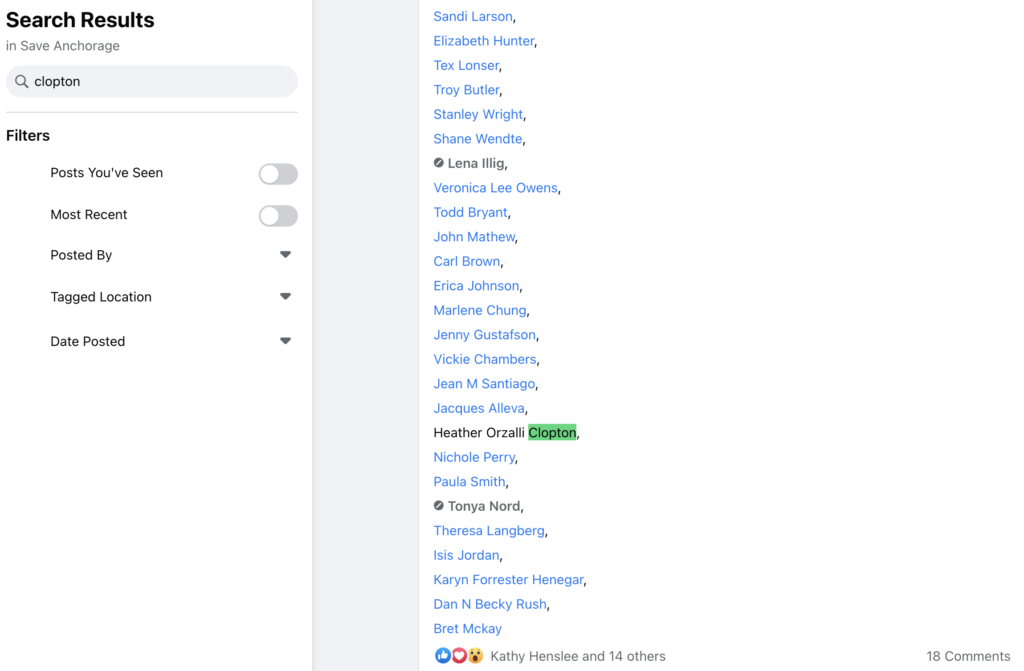 Clopton’s name also appears in a comment made to the group by Stephanie Williams, who left the Bronson Administration after referring to Assembly Members as criminals. 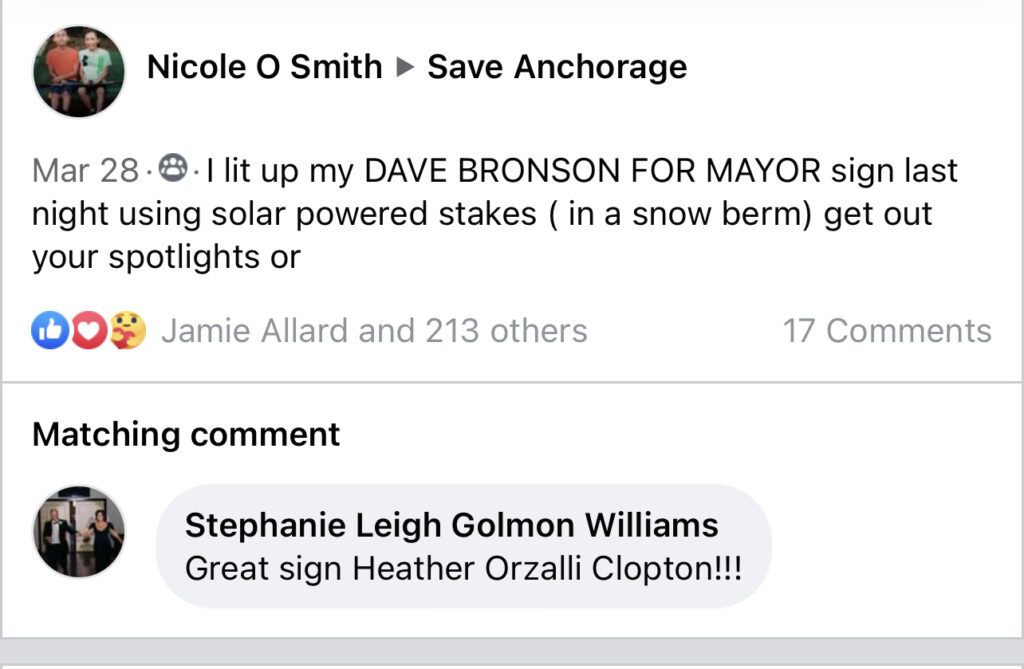