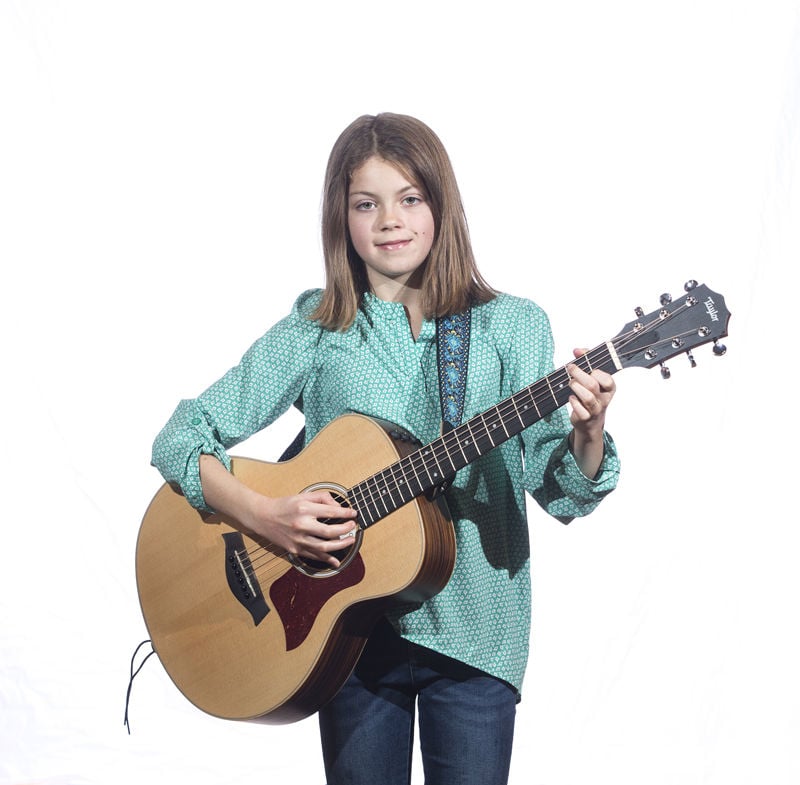 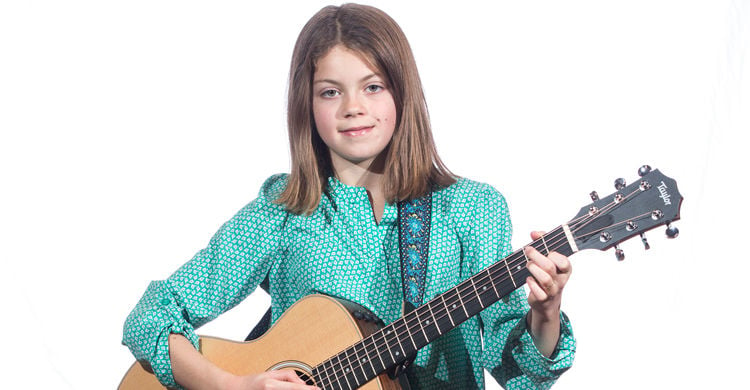 When thinking about what a 12-year-old musician looks and acts like, it's highly unlikely that an Ava Earl would come to mind. With a mature, professional demeanor in evidence even before hitting her teenager years, Ava Earl defies expectations. She introduces herself with a handshake and a warm smile, offering up small talk about her most recent day at school as a 7th grader at Girdwood Elementary.

Ava grew up in Anchorage, but says that her family moved around a lot. When she was young she started playing the pennywhistle, an instrument similar to the recorder. After her pennywhistle teacher moved away she spent a short and not-so-sweet time playing the flute. "I wasn't quite ready for that," she admits. "It's a hard instrument to play."

Eventually, after moving to Girdwood, her mother enrolled her in guitar lessons with Melanee Stiassny and her musicality truly began to blossom. "I would kind of change a song and she would applaud it instead of correcting me," Ava explains. From there Melanee worked with Ava to create sing-alongs as well as melodies, and in third grade she officially began songwriting. "It comes pretty naturally to me, but now that I'm writing more frequently I've got to work harder at because I've got new goals and more stuff going on," Ava says.

With the support of her mother and father she started doing open nights at Middle Way Café's 21 and under show. Then she did a folk-arts camp that succeeded in getting her more excited about playing music. Finally, on her 12th birthday her mom surprised her with a special birthday gift: she was going to record an album.

Ava worked with Kurt Riemann and co-produced her album. "He would be like, 'Ava, what do you hear on this [song]? What would you like?'" Ava's mother, Shannon Earl, explains. "At one point I was like, 'You know, I think if you can't find certain people to play these instruments it's okay.' And he replied, 'No, I think women especially are used to hearing the word no, so let's start with yes.'"

The album took about six months to complete; Ava is still, after all, a kid. There was homework to be done, grades to consider. She admits that it can be tricky to manage it all. "This weekend I had a topography map of Girdwood due but I also had a show to play. I had to stay up super late to get it done," Ava says. Like most things, learning how to prioritize her various responsibilities was trial and error. Ava is determined, however, to stick to her word when she says she'll do a show. "When I sign up for a gig I tell myself I'm not going to waver," Ava explains. So far, she hasn't had to turn down a show in favor of her schooling.

Ava is in high demand; this year she got a spot on the Alaska Folk Festival stage and Girdwood Forest Fair stage for the second year in a row. "[The Forest Fair] was really fun because that was my first hour-long set," Ava says. Following her successful show at the Forest Fair, Alyeska Resort invited her to play the Fiddlehead Music Festival and the Blueberry Music Festival. She was also honored with a biweekly Wednesday set at Girdwood's Jack Sprat restaurant.

Things are looking bright for Ava, who says the best part of being on stage is having all eyes on her. "You don't get that every day, especially if you're young. People pass you off as just a kid. But when I'm onstage I can share my view of the world and people actually listen."

What does the future hold for Ava Earl? If she has things her way, it'll all culminate with a invite to NPR's Mountain Stage, an internationally-distributed weekly, two-hour live performance program produced by West Virginia Public Broadcasting. Short-term, she plans on continuing to seek out opportunities. "There's a lot of nice people I've met that have helped me: my music teacher, Melanee's father, Marty Raney, got me my first show on Thanksgiving at Alyeska. My grandparents, aunts, uncles, and cousins all support me. It's just a really great environment to be growing up in," Ava explains.

More than anything Ava is thankful for the community in Girdwood supporting her since day one. "My town is really great," Ava says. "Without them I wouldn't be where I am today."

Ava Earl's debut album, Chronicles of a Best Friend, is available for purchase at cdbaby.com. For more information about Ava Earl, including gigs and booking, visit avaearl.com.