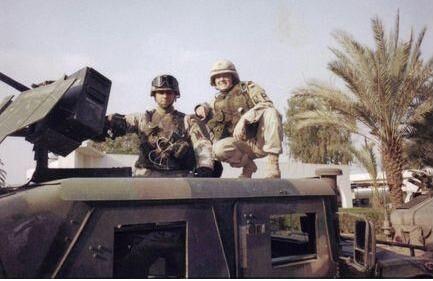 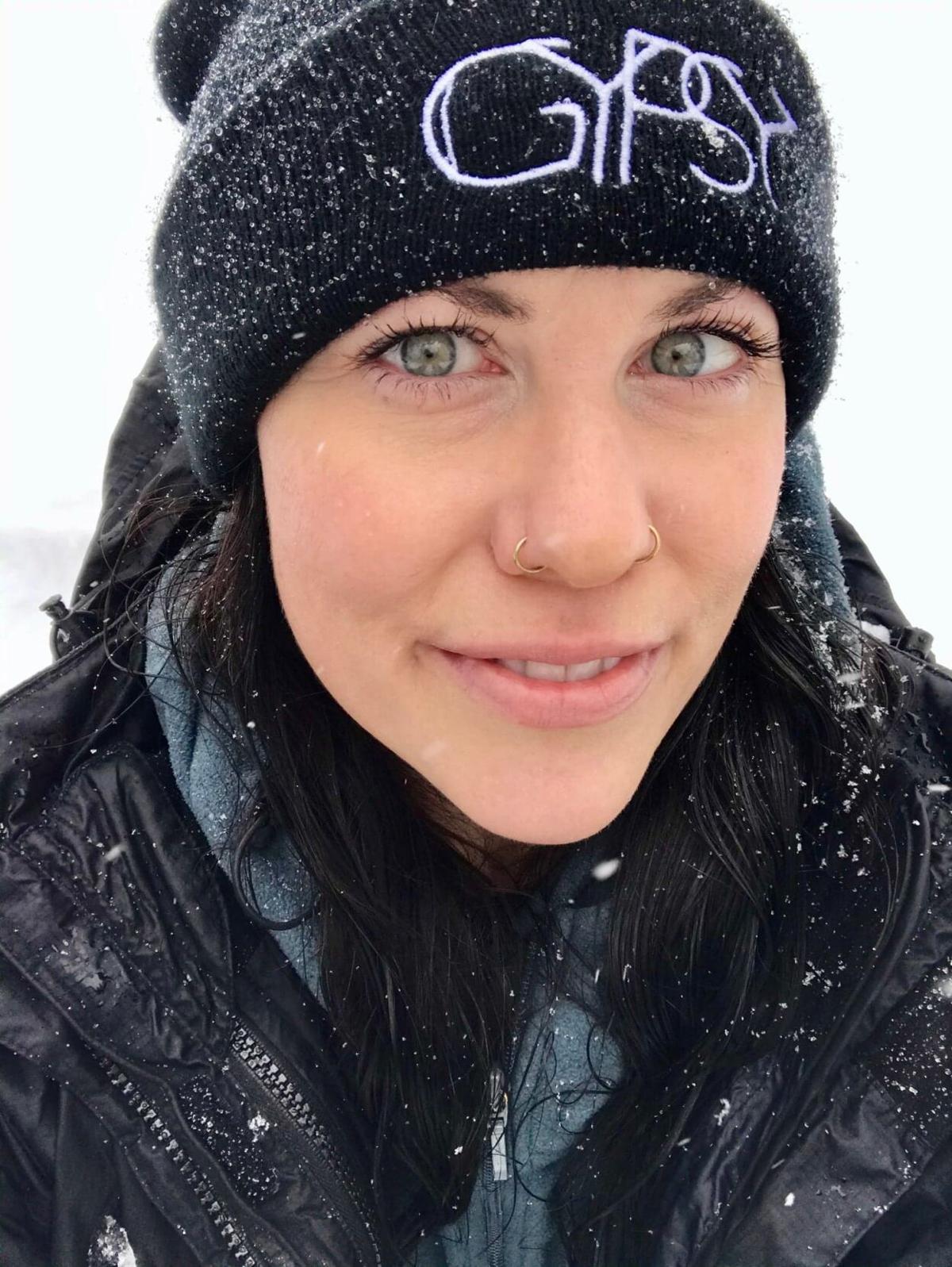 Post Traumatic Stress Disorder (PTSD) may be a fairly recent term, but combat-induced trauma is as old as war itself.  Studies vary regarding the prevalence of PTSD in veterans ranging from 13.5% to 30%.  Over 500,000 US troops have been diagnosed with PTSD from the Iraq and Afghanistan wars. These veterans often also suffer from depression, anxiety, and substance abuse. Selective Serotonin Reuptake Inhibitors (SSRIs), aka antidepressants are first-line treatment in the VA/DoD Clinical Practice Guideline for PTSD. Antidepressants are only effective for roughly half of the patients and come with high potential of abuse, addiction, and many other side effects.

There are other options, however. One proven successful, yet felonious option is actually produced within our own bodies and we have yet to find out exactly the reason why it’s there. That substance is dimethyltryptamine (DMT), which is found in thousands of plants across the globe; most notably — Ayahuasca.

Ayahuasca goes by many names.  Yagé: ‘Vine of the Soul’ or ‘Vine of the Dead.’ It is said to be the mother of all plants. Many that have experienced it refer to it as a ‘plant teacher’ because It teaches you ‘what you need to know. ‘ Ayahuasca has been used as a part of the Amazonian peoples daily culture for millenia.

Indigenous shaman, also called curandero or ayahuasquero, warn that ayahuasca is a very powerful medicine that has to be used properly. If not, it can create psychological shock leading to prolonged trauma. There are a number of protocols that need to be followed, including the importance of diet before and after the ceremony. The role of the shaman is as integral to the experience, as is the brew.

Ayahuasca is a tea derived by boiling the leaves of the chakruna (Psychotria viridis) shrub and the stalk of the ayahuasca (Banisteriopsis caapi) vine. Psychotria viridis contains DMT.  DMT is a powerful hallucinogen, but it gets rapidly broken down by stomach acids (MAO’s) so DMT must be combined with an MAOI (MAO Inhibitor) in this case, Banisteriopsis caapi. When combined in a brew these two plants create a powerful ‘trip’ that averages 4-8 hours. Many compare the experience to 10 years of therapy in one session.

Dennis McKenna, ethnopharmacologist/founding member and director at the Heffner Institute states, “At the nuts-and-bolts level ayahuasca is a beverage. It’s made of two plants, one of which contains dimethyltryptamine. At the cultural level, it’s much broader than that. They’re essential shamanic practices and Ayahuasca is at the center of that kind of traditional medicine — a mind/body kind of medicine.”

“Long-term users of Ayahuasca had an upregulation of the serotonin transporters. It turns out the deficits in those transporters are linked to all kinds of pathologies; alcoholism, suicidal ideation, intractable depression.  All of the things, in fact, that ayahuasca is good for treating. So that can’t be coincidence.”  McKenna says. “It looks like ayahuasca can actually reverse these deficits over time and really not just control the symptoms, but repair the brain at some fundamental level.”

Ayahuasca and its psychoactive substance dimethyltryptamine have shown positive outcomes in clinical trials treating patients with drug-resistant depression, anxiety, addiction, and trauma. DMT has been linked to the promotion of long-term memory, neural plasticity, and the creation of new neurons. Many believe it works so efficiently, because it’s chemical structure is identical to serotonin.  Serotonin is the most common neurotransmitter in our brain and nervous system, also aiding in the regulation of the gut biome.

Is it a panacea?  I’m not going that far, but it is a remarkable entheogen that has shown great potential in the lab and in our minds, yet it remains a Schedule I ‘drug.’  You must commit a crime in order to utilize this medicine that grows out of the ground.

Recently, I had the profound pleasure of chatting with one such risk-taker, Jennifer Marshall.

Jennifer served in the U.S. Army for five years as a Military Police Officer. She was only 18 when she was deployed to Iraq in March 2003. Living conditions were rough and Jennifer often bunked in bombed out buildings.

“We were in Iraq right after the invasion. They (insurgents) would hide IEDs in the trash alongside the road and detonate remotely. using a cell phone, exploding right as we drove by. I was in multiple IEDs with one that blew up directly behind my Humvee out near the Baghdad Airport. The explosion deafened me in my right ear. I still have tinnitus. When we finally made it to a safe place to pull over, the whole back of our humvee was riddled with pellet holes and our gas tanks were spewing gas everywhere.”

Jennifer discusses seeing a dismembered body one day. “I was so disconnected from myself that my partner and I actually laughed, which is like so messed up to think about now, but I guess we do what we can when we are dealing with something in the thick of it. I guess being so young in a war zone and not knowing how to handle that; knowing that I could die and not being able to do anything about it. The majority of my trauma was definitely from my combat experience.”

Jennifer adds, “I was also hit on and sexually harassed by my superiors. I was actually drugged and raped after I got back from Iraq, in a separate incident, so I have some military sexual trauma from that as well.”

“When I first got out of the military, I was working in nuclear security and I had top secret clearance.  I wasn’t able to admit that I had all of this trauma. I wasn’t really able to seek care for that, because I was worried about losing my security clearance. So I just kind of struggled along for 4 or 5 years not knowing where to put my pain. It didn’t go well with me. I funnelled it into alcohol because I needed something to numb the pain,” Jennifer said.

When Jennifer decided to get help she initially turned to the VA.

“They had me on different medications over the years for depression and anxiety that either numbed me or made my symptoms worse,” she said. “The one that really messed me up and made me go over the edge was Effexor (an antidepressant) leading to an intense emotional breakdown and I had to commit myself to an inpatient VA psych ward in 2017; which I can now say was one of the worse experiences of my life and destroyed any faith I had in the Veteran’s Healthcare System.  I felt so broken and lost.”

“I had forgotten who I was.  I was living a lie. I was self-deprecating. I was allowing myself to believe that these experiences were so much more powerful than I was to the point that I was ready to take my own life. I didn’t want to feel this pain, this anguish, this darkness; that was just pulling me down.

Jennifer heard about ayahuasca from one of her friends while she attended school in Texas. He had experienced PTSD from his time in the Army and was convinced that Jennifer would also benefit from its use.

“I was ready to live and to be able to love myself again.  I knew that I needed something to change, because I lived for many years, after getting out of the Army wanting to die. I had friends that I served in Iraq with that had committed suicide. I had an ex-girlfriend that I was very close to commit suicide after she got back from her second tour in Iraq. I’ve lost a lot of friends and comrades to PTSD.”

I asked Jennifer about the actual ceremony and how it made her feel.  “There were about 12-15 of us in the group,” she said. “There was ambient lighting and soothing tones. We burned sage to cleanse and bless the space.”

“We each stood before the shaman as he poured the tea into a small glass for us to drink. (It was like an) earthy, weakly-brewed coffee. We admitted out loud, to each other and to ourselves, that we were there because we needed healing. We were all there because we had experienced things along the way that had wounded us deeply; things that were HEAVY and so hard to keep carrying around. We were there to let go and let love back in. The ayahuasca took effect and I felt the purest form of love and connection that I have ever experienced. I didn’t hallucinate or feel out of control at any point. I felt deeply introspective, like I was on a journey back to myself.”

Users of ayahuasca typically experience a purging. Vomiting is considered an essential part of the healing process.

“There were intermittent periods that I would feel sick or heavy, like there was a weight that needed releasing. I would purge in order to release anything that no longer served me. We would comfort each other when we had to purge, the strangers next to you turned family, rubbing your back as you gave up your demons. I finally was able to let go of all the shame and guilt from past trauma.  I was able to look at my traumatic memories and experiences and view them from a place of acceptance and forgiveness.  Where they couldn’t tear me down or cut me open anymore. I realized what was holding me back and weighing me down all these years was actually ME. I was the wall around my heart. And so I broke open and broke free. I found myself and could finally LOVE myself.”

“The ayahuasca ceremony was beautiful and spiritual and EXACTLY what I needed. I want for it to be readily available. I want for people to feel more like themselves again. To reconnect.

Ayahuasca woke me up. Brought me back to my self.  When I did ayahuasca it absolutely showed me that I AM THE LIGHT.  I AM THE FIRE.  I am LOVE and no experience takes that from me.

Jennifer asks herself, why she didn’t do it sooner.

“I feel like Ayahuasca saved my life,” she said. “Loving myself again was the greatest gift.”

“I will continue to push, until my dying day for it (ayahuasca) to be legalized and administered therapeutically along with other holistic healing modalities, as I believe it can be truly beneficial and vital to anyone out there like me who was/is struggling with depression, PTSD, suicidal ideations or various trauma. The time for true healing is now.”

Ayahuasca is currently illegal in the United States.  However, we are seeing a number of communities across the nation that have decriminalized the use of entheogens.   If you are interested in helping to decriminalize entheogens here in Alaska please check out Decriminalize Nature Anchorage at www.dnanchorage.org and visit their facebook page.