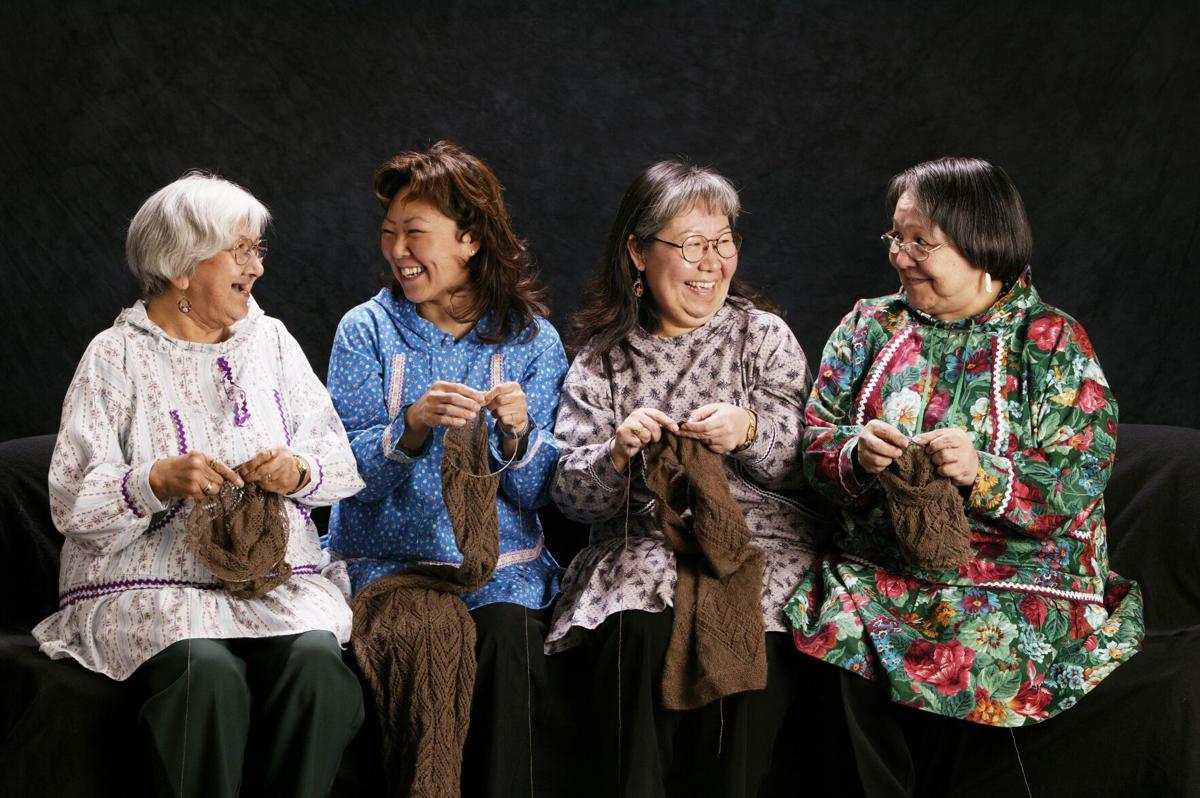 Past and Present Members of the Co-Op_Photo Credit Chris Arend 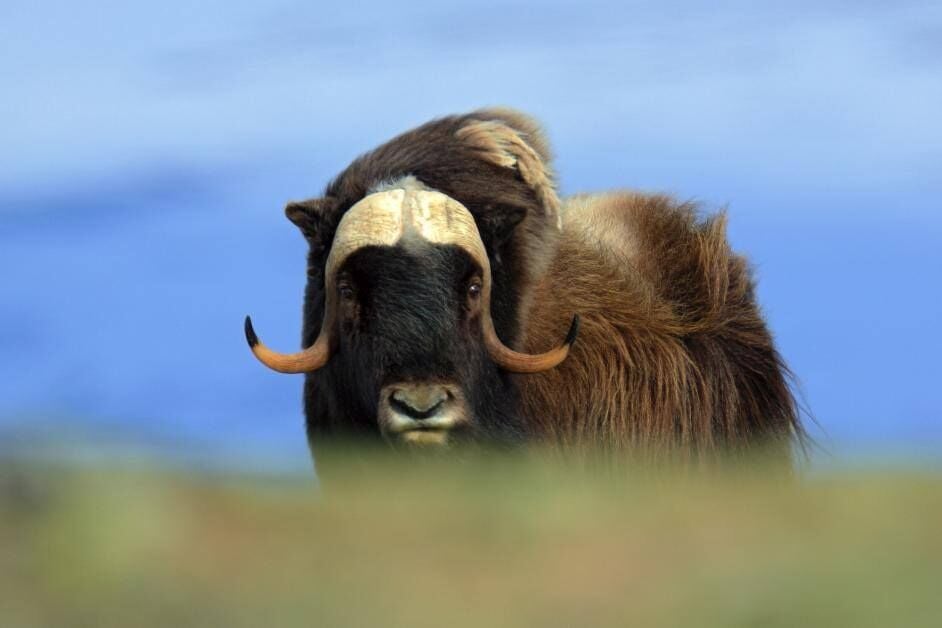 The members of the Co-Op are Alaskan Native men and women who live in the remote villages of Alaska. The opportunity to knit the beautiful Qiviut items by hand allows them to earn a supplementary income to enhance their mostly subsistence lifestyle. The location of the remote villages makes it extremely expensive to start businesses and maintain a profit margin. Because of this, there is a lack of available jobs for most local people, and many people end up leaving the villages to get a job that provides an income sufficient to sustain a family.

For a yearly, nominal membership fee, the qiviut yarn is sent to artists from the Co-Op headquarters in Anchorage. The members knit at their own pace, in their own homes; with no pressure from quotas or time limits for completion. Payment is per piece, paid out to the knitter the next day and a profit sharing at the year's end.

QIVIUT: Qiviut (pronounced KI-VEE-UTE) is the Yupik word meaning down or underwool. In the spring the musk ox will naturally shed their qiviut, allowing them to cool off in the warm summer weather. People in areas where the musk ox are wild will find qiviut on the ground or in bushes from musk ox rubbing up against the trees while they are eating. Qiviut is very rare and one of the finest fibers in the world, comparing favorably with Cashmere and Vicuna. Qiviut has no barbs and does not scratch, or shrink like most wools because it is a hair rather than a wool.

Subsistence: Most of the members of the Co-Operative are Yupik; they live in the Yukon - Kuskokwim Delta. Many of the villages are small and quite isolated. The only way to travel to these areas is by air; a ticket to Anchorage from most of these remote villages costs more than a ticket from Anchorage to Seattle. Since there are no roads, all their supplies must be transported in the summer by barge or flown in during the rest of the year. Village cost of heating fuel, electricity, groceries, etc. are many times higher than in Anchorage.

People living in these remote villages have kept many of their traditions. They hunt and fish for a good part of their food, also gathering edible plants and berries, preserving them so they can be used year-round. Many speak their Native languages and follow their Native traditions such as arts, crafts, dancing and songs. In many areas these traditions were discouraged by the early missionaries and were in great danger of disappearing. Now there is renewed interest in their Native languages and traditions. The Alaskan Native people have always tried to live in harmony with their surroundings. Their environment is part of who they are.

The Musk Ox: The Musk ox is a truly Arctic animal who survived the Ice Age. Their body is compact to conserve heat and their long guard hair protects them from weather, wind and mosquitoes. They are well adapted to the cold. To survive the harsh Arctic winter temperatures musk ox, grow a thick layer of Qiviut (pronounced KI-VEE-UTE) over their entire body; this fine under wool is shed naturally each spring when it is no longer needed. “Oomingmak” Musk Ox Producers Co-Operative purchases qiviut from sources throughout the state of Alaska and has it spun into yarn. It can take multiple years for the Co-Op to buy enough raw fiber to meet a spinning mills minimum weight requirement. Contrary to popular belief the musk ox has no musk glands and are not closely related to the ox but are much closer to the goat family. Musk oxen are also much smaller than most people imagine, a male stands about 4 to 5 feet at the shoulder, and weighs between 600 and 1000 pounds, whereas the females are shorter and weigh between 400 and 600 pounds. The majority of musk oxen in Alaska are wild, located on Nunivak Island, Nelson Island, Seward Peninsula and the North Slope. There are also captive musk oxen located in Fairbanks, Palmer and Portage.

History of the Co-Op: In the early 1950s John J. Teal Jr. started to domesticate the musk ox on his farm in Vermont. His goal was to see if the fiber, Qiviut, from the prehistoric animal could be used to enhance the lives of the Alaskan Native people in villages where few job opportunities are available. From Vermont, he then captured musk ox in Alaska to start a herd for qiviut production and eventual domestication. In 1969, “Oomingmak” Musk Ox Producers’ Co-Op was formed and originated the production of Qiviut items for the benefit of the Native people of the Arctic. The first workshop was held in Mekoryuk, where our original 25 members knit a pattern based on a carved harpoon head. From Mekoryuk, the Co-Op has held workshops in 23 other remote areas, where many of the patterns are designed after traditional arts and artifacts representing the culture of the people.