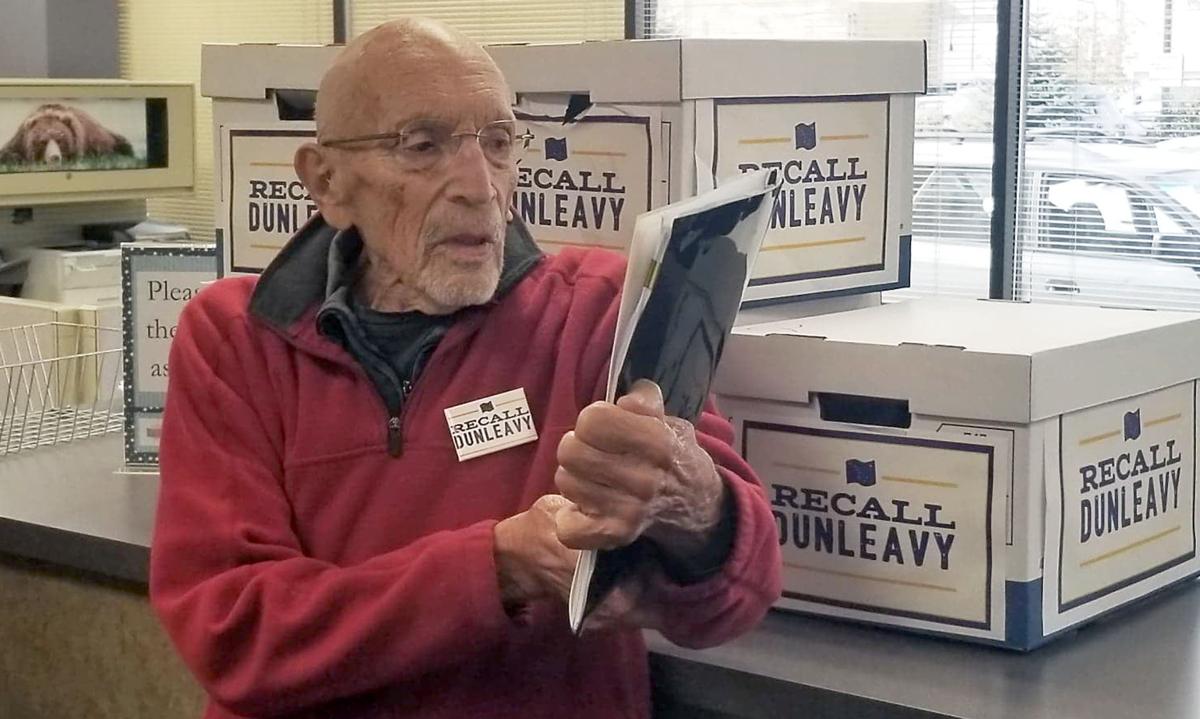 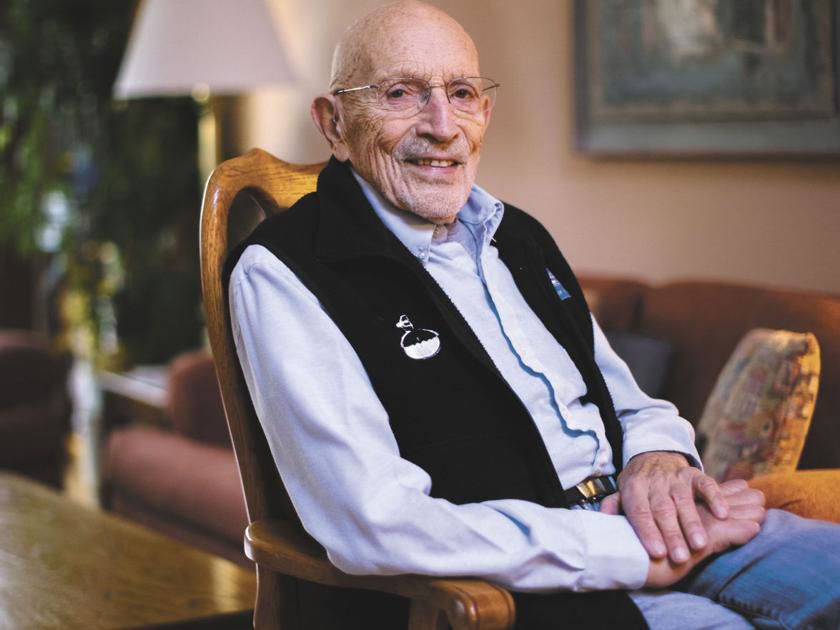 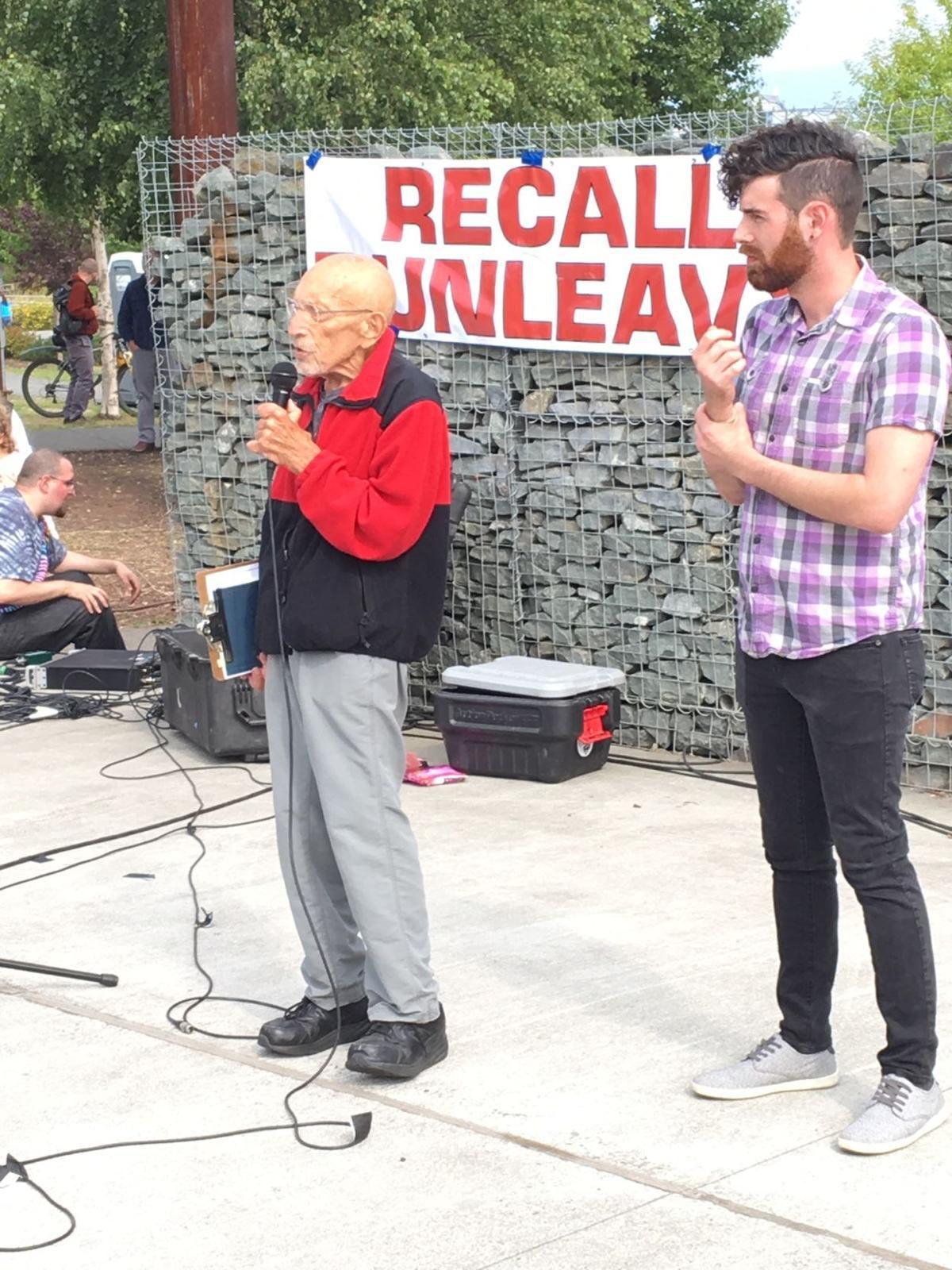 Alaska’s constitutional system of government has never faced an assault like the one it endured in 2019 from Governor Mike Dunleavy and Attorney General Kevin Clarkson. Yet as we head into 2020, the Alaska Constitution, and the Alaskan people, are winning. The rule of law is prevailing because of the wisdom of Alaska’s statehood founders, and the last living constitutional convention delegate continues to fight in the trenches to defend the Constitution he drafted.

Even at the age of 95, Vic Fischer shows no signs of slowing down. When the clarion call went out to recall the governor this summer, he could be seen at just about every signature drive as a tireless grassroots worker — much more than a symbolic figurehead for the movement.

For this type of service, after a lifetime invested in building Alaska, Vic Fischer is our choice for Anchorage Press Person of the Year.

I asked Vic about why he chose to be one of the primary co-sponsors of the recall campaign, and about how he sees Governor Dunleavy’s agenda as a threat to the statehood era’s monumental achievements. “Because the direction Dunleavy was pursuing was designed to undermine everything we’d we created with the Constitution and with statehood,” Fischer said. “Our goal was to remove Outside control of Alaska and her resources. In contrast, the Governor has solicited Outside support while cutting education, cutting health care, and the Governor’s agenda runs counter to what so many of us had been working for over the last sixty or seventy years.”

In May, Fischer addressed the House State Affairs Committee two days after his 95th birthday and strongly condemned three unconstitutional amendments put forth by the Dunleavy administration, which would have the effect of making any sort of taxation virtually impossible.

““It is concise. Short, declarative statements of policy, of process, of organization. The amendments are atrociously written,” Fischer said. “The power of taxation shall never be surrendered.’ Period. That is a solid policy statement… And then this proposed amendment goes on to undermine this policy.”

Vic Fischer has never been shy about standing up to power.

He grew up in Stalinist Russia, and barely escaped annihilation both by the Soviets and the Nazis. After emigrating to the United States, he served in the U.S. Army during WWII, then completed his education at MIT.

With the choice of settling anywhere in the United States, Fischer moved to Alaska in 1950 and immediately became involved in local politics, working as a city planner for Anchorage, and then with the statehood movement. During the three-month long Constitutional Convention that began on November 8, 1955, he served as a delegate to the Alaska Constitutional Convention, where he drafted much of the document that is still the basis of our state’s laws. Fischer also served as a Delegate in Alaska’s last Territorial legislature, and as a State Senator in the 1980s. He founded the Institute for Social and Economic Research (ISER), which continues to be the most respected institution in the state for modeling fiscal and economic policy.

Alaska’s Constitution was a model in 1956, and remains so today. It contains powerful language regarding collective benefits from resource development, along with clear protections for personal privacy and civil liberties. Equally important, the Constitution sets out a meritocratic system of judicial selection that comes as close as possible to guaranteeing a non-partisan judiciary. Finally, the Constitution thoroughly and thoughtfully establishes a balance of power among the governor, legislature, and judiciary.

The last year has made clear that the Constitution and Governor Dunleavy’s agenda are mutually incompatible. The Governor has attempted to seize the legislature’s power of appropriation by refusing to disburse funds appropriated for public schools. He’s attempted to neuter the judiciary by defunding part of its budget over an abortion ruling that clearly aligns with the Constitution and long-standing case law. Dunleavy has declared war on workers’ job security and rights to collectively bargain, but has lost high profile court cases related to privatization of Alaska Psychiatric Institute and dues collection by public employee unions. Dunleavy has also gone to extreme lengths to advocate for permitting of Pebble Mine, even cutting-and-pasting lettaers from Pebble lobbyists onto Governor’s stationary. Yet Dunleavy’s legal effort to shut down the free speech of fishermen protesting the mine proposal was blocked in court. Dunleavy has accumulated a remarkable 0-7 record in his attempt to tear down long-standing legal statutes, both because his vision is fundamentally inconsistent with the Constitution and because Alaska’s merit-based system of judicial appointments elevates judges who respect the law rather than subordinating it to partisan interests.

From Dunleavy’s perspective, the lost lawsuits are not the endgame. It has been clear since the beginning of his administration that the Governor is laying the groundwork to campaign for opening the Constitution to revision through a Constitutional Convention. Such as question last appeared before voters in 2012 and each decade before. Though voters generally reject re-writing the Constitution by a 2 to 1 margin, we’ve never faced a situation in which the Governor and Outside interests like the Koch Brothers coordinate to push for a Convention. Fortunately, Vic Fischer is still with us to defend the Constitution that has served Alaska well for more than sixty years.

When I interviewed Fischer for the Press in 2016, he was fighting to protect our merit-based system of judicial appointment. Fischer has not slowed down since: He is co-chairing the campaign to recall Governor Dunleavy, along with Arliss Sturgelewski and Joe Usibelli. Fischer testified before the legislature in 2019 to oppose Governor Dunleavy’s proposed Constitutional amendments. He said the byzantine proposals to effectively block any new revenue measure is “preposterous,” and concluded that: “What seems to be behind the proposals is a strategy of reducing the wealth of the people of Alaska,” he said. “If you apply those into the future, Alaska will become impoverished. It’s a downhill spiral.”

As Alaska ages, few of its founders are still with us. Fischer is the last living delegate from the Constitutional Convention. Governors Jay Hammond and Wally Hickel, who remained active in public affairs late in life, have passed away in the last decade and a half. Vic Fischer is the only Statehood era leader with us today who has the moral and historic authority to protect Alaska’s Constitutional legacy across multiple centuries.

Alaskans have far higher incomes and lower inequality, and more secure civil rights than citizens of most states. We have outstanding public schools and a university with world-renowned research programs, despite a tiny population and correspondingly limited tax base.

To a great extent, Alaskans have built a strong state democracy, state economy, and public institutions on the foundation that Vic Fischer and other statehood founders provided with our Constitution. Vic Fischer is not simply resting after sixty years of public service, but continues to be at the forefront defending Alaska and the many institutions he helped establish.

And as he told legislators back in May, “I’m still alive, and if I can be of any help, I will be happy (to).”