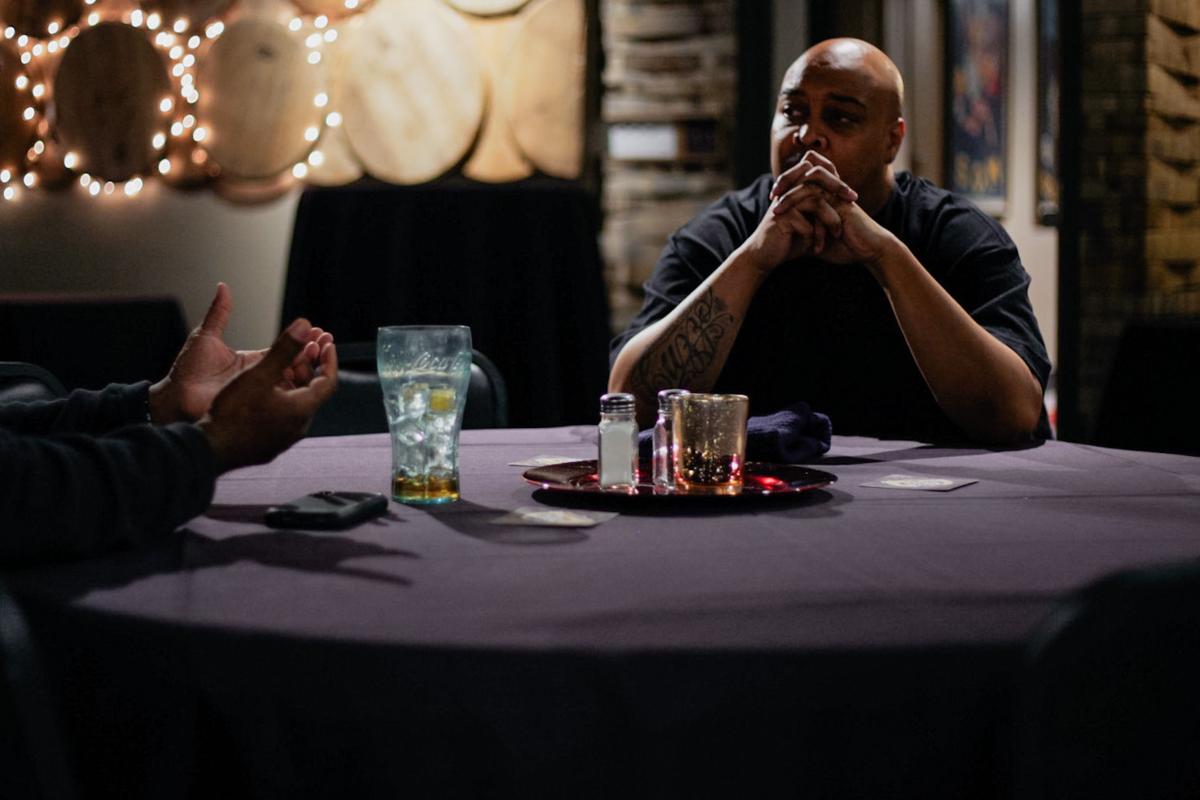 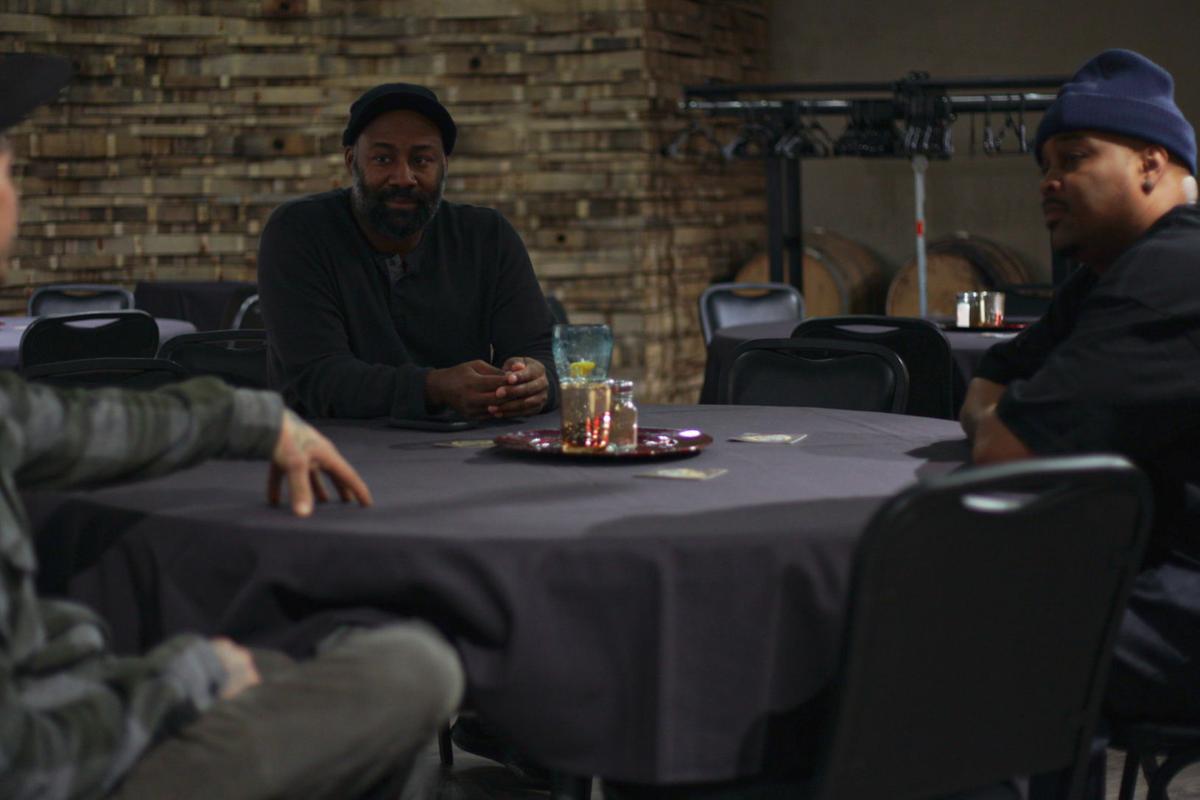 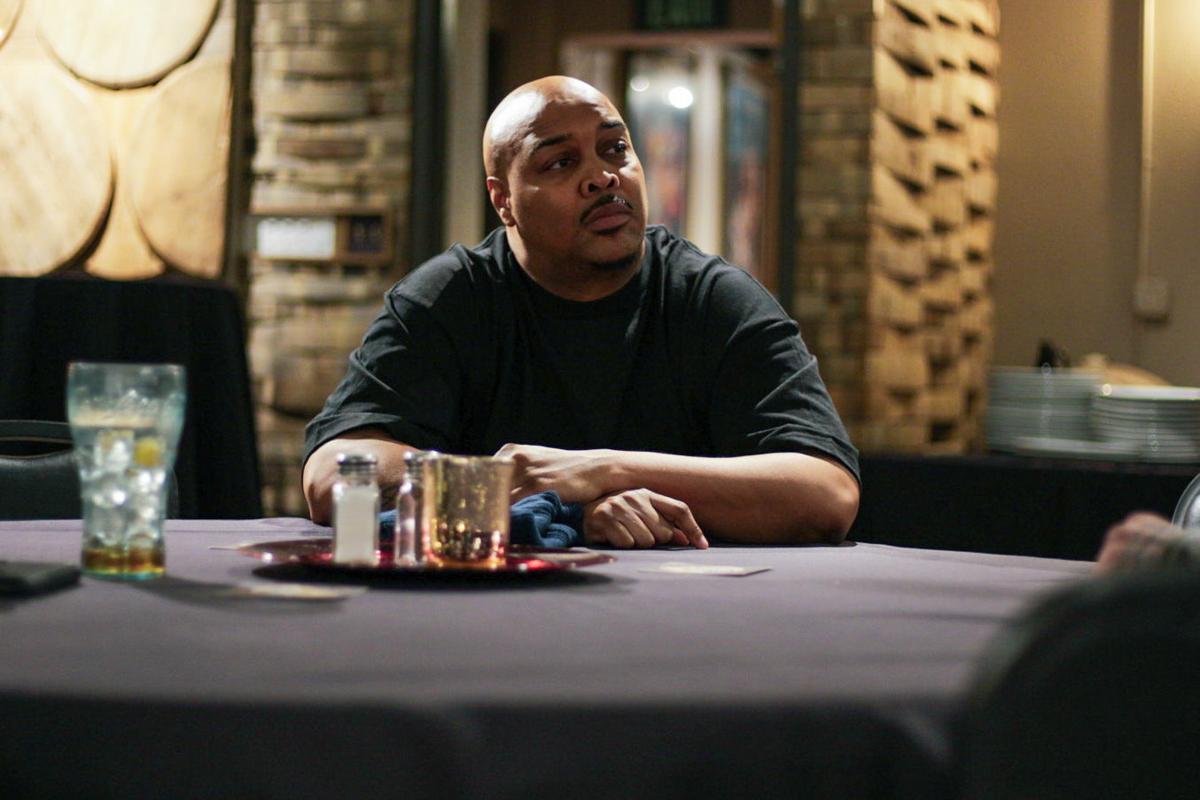 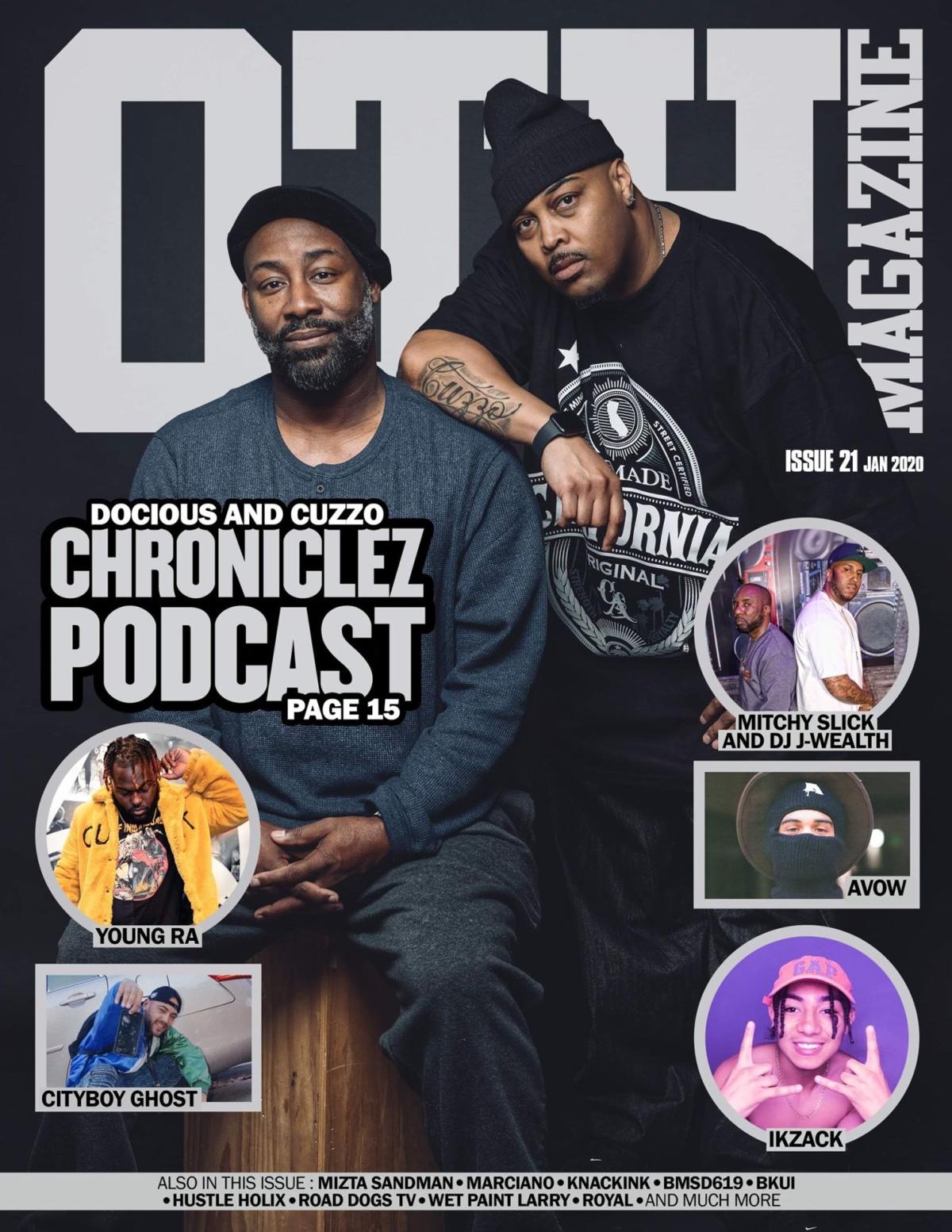 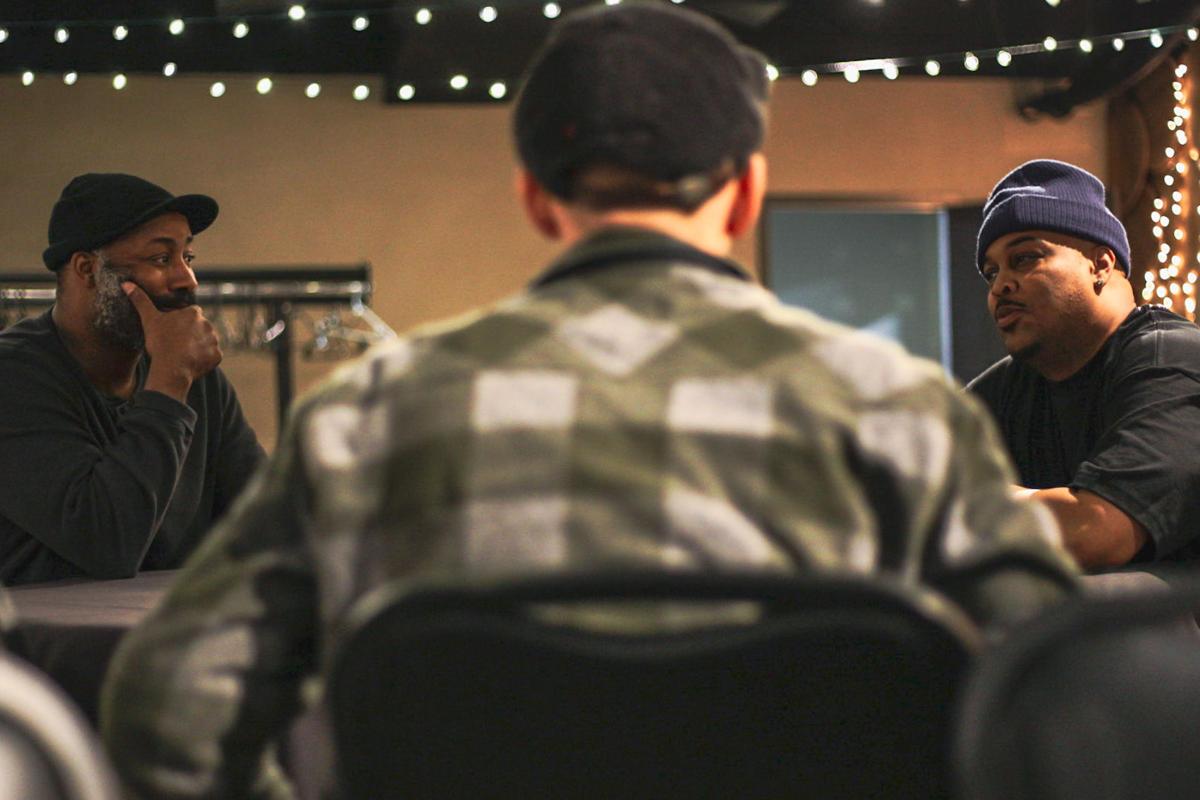 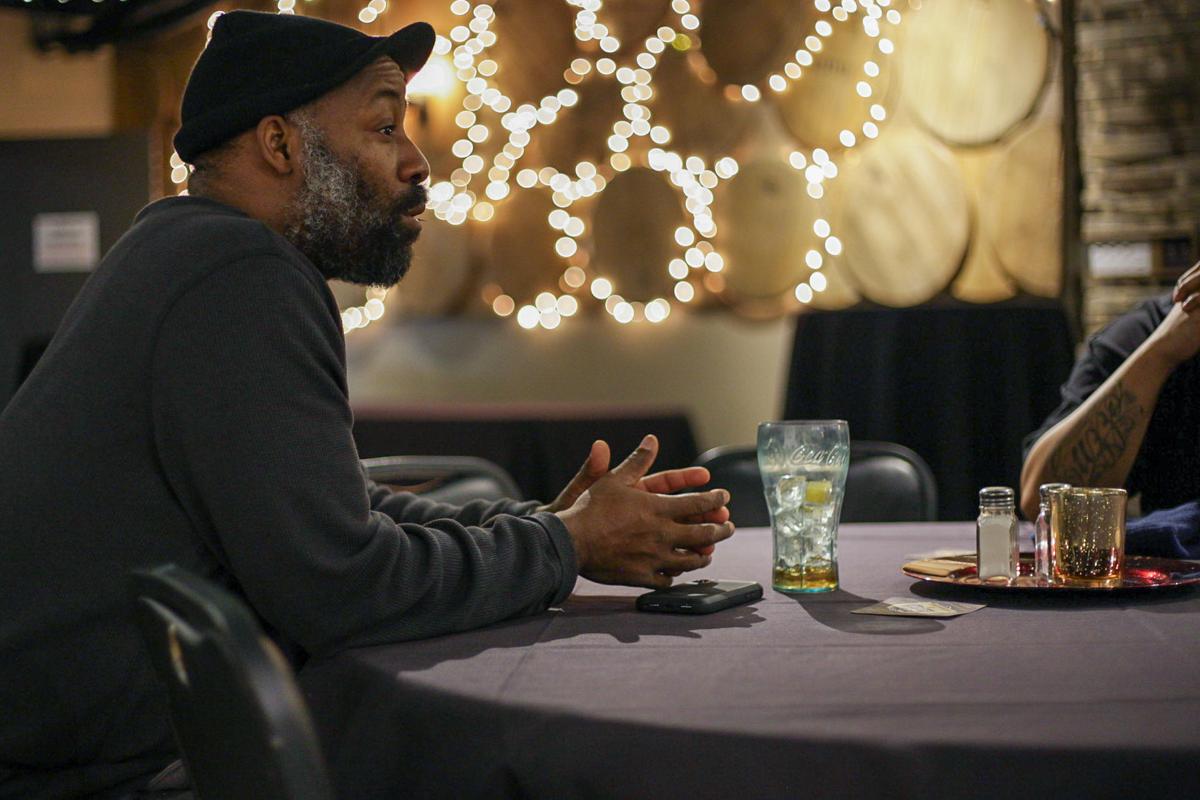 They’ve got a podcast for just about anything you can think of. Some of them are educational, some are for pure entertainment value, others focus on events in popular culture. The list of themes seems endless. I’ve seen a few podcasts up here come and go. Most of them weren’t very well thought out (search Bad Panda Podcast, you’ll see what I’m saying). So, when my editor reached out to me about a local podcast stemming from Fairview that had just won a national award, I was beyond intrigued.

The podcast is called ‘Chroniclez’, hosted by Cuzzo and Docious. These two are comical fucking dynamite on the mic. Docious is masterful when it comes to his devil’s advocate approach, whereas Cuzzo has a much more toned-down, level-headed sort of approach to issues.

I think what really stands out about the show is that it’s done in a ‘live’ sort of fashion. What you’re hearing is all one take, no edits, recorded from the kitchen table of Docious’ Fairview residence. There are episodes where you can even hear gunshots and sirens in the background. People will knock on the door, people’s phones start ringing. In one episode, Docious’ dog takes a shit on the floor and homeboy has to clean it up as the episode plays through.

The rawness of the show just adds to it’s genuine integrity. Pair that up with two masterful shit talkers, and you’ve got Chroniclez.

I arranged a meeting with the two at my place of work, The 49th State Brewing Company. We linked up at the entrance, and took the interview down to one of our private dining areas downstairs — Barrel Room East.

The top-rated podcast in Alaska is a podcast all about Elvis,” Docious informed me. “How the fuck do we compete with that demographic?”

We chopped it up for a few hours and the time seemed to just slip away.

”We really just want to reach out to as many people as we can with this”, says Cuzzo.

Admittedly so, Alaskans can be a tough community to reach. With that said, we agreed to do the rest of the interview via email and here’s how it went?

SB: What is the Chroniclez Podcast?

Cuzzo — The Chroniclez Podcast simply put is a show i started in 2016 to cover news, politics and current events, but the way we do it I feel we make topics more digestible for the average person who doesn’t like the regular news or radio media that they get through radio and television.

SB: Might be a simple question, but I’m curious nonetheless. How’d you pick the name ‘Chroniclez’?

Cuzzo: I used to do music locally in Anchorage and i had a mixtape called the Chroniclez so I took that and made that the name of the podcast. In a sense I feel like we chronicle our journey every episode for ourselves and our listeners so i think it goes hand in glove.

SB: A question specifically for Docious; What made you join Cuzzo on The Chroniclez Podcast?

Docious: I joined the Chroniclez podcast because I have some things to say about what is going on in the world. I’m tired of yelling at the TV during the news — no one can hear me. I’m tired of the same people reporting the news in a way that only represents one way of thinking. In a way, we report and discuss the current events. We don’t shy away from anything or anyone. I get to say exactly how I feel. I like that.

SB: You said you are on the cover of a magazine and were featured last year, and featured on podcast platform — hit us with the details. What was you first reaction?

Cuzzo: We are on the cover of Overtime Hustlin Magazine issue 21 alongside west coast legend Mitchy Slick and Dj J Wealth. We are the first podcast on the cover of the magazine and we are blessed to be on the magazine. A current events podcast on the cover of a magazine that the likes of Jim Jones, Remy Ma, Rakim etc have supported is truly a good feeling. We also were featured in 2019 and now just updated for 2020 in the category or best news and entertainment podcasts on Player FM a national podcast platform. Listed among great podcasts like Ebro In The Morning, Lowder With Crowder, Roland Martin Unfiltered and Morning Joe. It’s crazy because when I hit them up I was just looking to be added into an Alaska category but they told me they reviewed it and added it to the featured list, so damn right I’ll take it. (Laughs)

SB: Your show to me in some ways is like the hood version of ‘Seinfeld’, in the sense that it’s really about characters and conflicts of perspective. It has a very organic feel to it. What made you decide to do the show in the sort of “live” manner that you do?

Cuzzo — I think a lot of podcasts try to hard to quote-unquote ‘be the perfect show’ and we are the exact opposite. If something happens live, it stays in. A lot of people refer to that style of recording or filming as ‘the raw.’ We have topics but we aren’t scripted. I never know what Docious is going to say and vice versa. It makes the conversation more entertaining and the listener gets the immediate reactions from us on our topics.

Docious: I think that doing it the way we do it, gives the show credibility. Credibility in the way of being unedited, on the spot discussion. Doing it this way lets our listeners know that we are having an actual discussion between us and our listeners.

SB: Have you looked any further into why you were shadowed? Gimme some theories as to what you think caused that.

Cuzzo — I, personally, never did. The shadowban was on Twitter and it happened multiple times twice, I believe, but i never checked to see why. Maybe we pissed somebody somewhere off. I have no clue because we have talked so much trash it coulda been a politician with pull, a celebrity, who knows. Lol.

Docious: I’m not sure what caused us to be shadow banned. At the time I believe we were talking a lot about politics. But I don’t believe that we’re that influential yet to cause us to be banned in that manner. I don’t think that we’ve violated any policies, but I’ve tried! Lol. Cuzzo wouldn’t let me! I think that we are fresh with ideas that may influence, which I hope to do. Maybe we just said something that they didn’t like. I like doing that!

SB: You two mentioned having interest in sponsoring local events. I think this right here would be a perfect platform to express that, you never know who’s reading.

Docious: I think that we should sponsor more events. Alaska is such a rare demographic. I don’t think that we fit into it yet. I think Cuzzo is trying to get us more known here in Anchorage. I think if we got the right events and talked more about Alaska more we would probably break through here, too.

Cuzzo: Yes, the Chroniclez Podcast is definitely wanting to sponsor more events locally. We already sponsor Overtime Hustlin Magazine in the Lower 48 and another podcast but we wanna get more local things going. Last year we did sponsor a fashion show that local photographer Tina Marie had, so it’s a great start. We believe in giving back to the community and also being part of events that help uplift Anchorage, whether its local hip hop, political events, anything really especially with this being an election year we want to be apart of events to get people out there to exercise the right vote.

SB: On a final note; Where can people find y’’ll, and what can we expect in the near future from the two of you?

Docious: Well, the easiest way to find me or ask me a question would be to hit the link in the notes section of our podcast. We hope to do live interviews and calls. We want to be more interactive with our listeners. We may develop a Chroniclez channel.

Cuzzo: We are on EVERY major podcast platform: Apple Podcasts, Stitcher, Google Play, IHeartradio, Spotify, Radio.com and Libsyn, just to name a few, and we are the only Alaska podcast on Pandora. We hope sometime this year to start live episodes through Facebook and possibly YouTube and to definitely have more guests on the show to give more topics and great conversation.

If you haven’t listened to the Chroniclez podcast, fix that shit! If anything, I promise you you’ll be entertained. I definitely look forward to seeing what these two have to offer in the future.