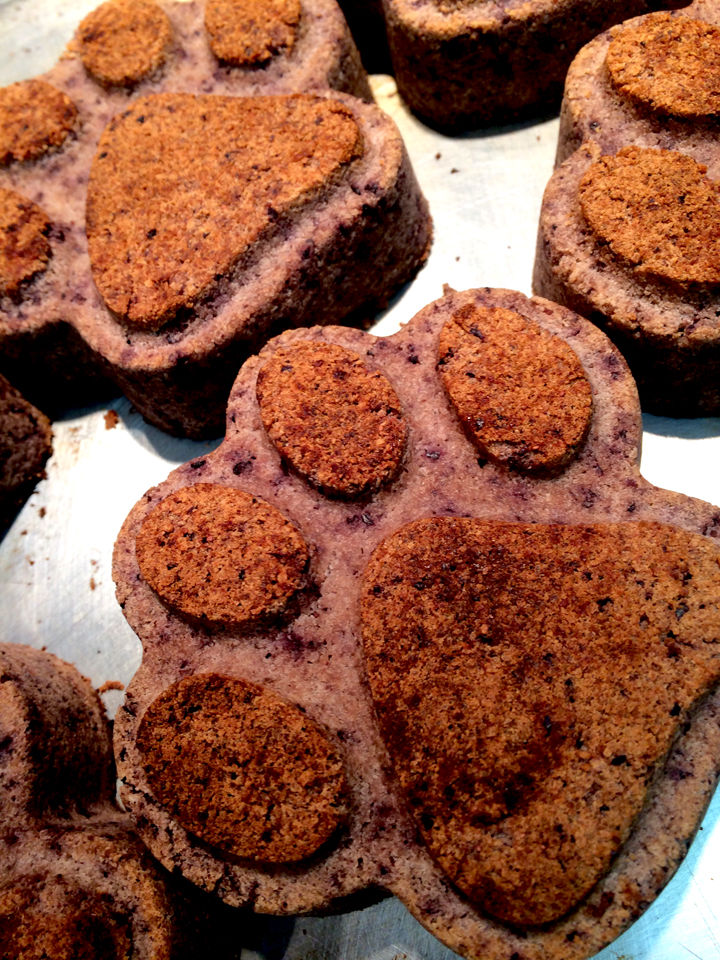 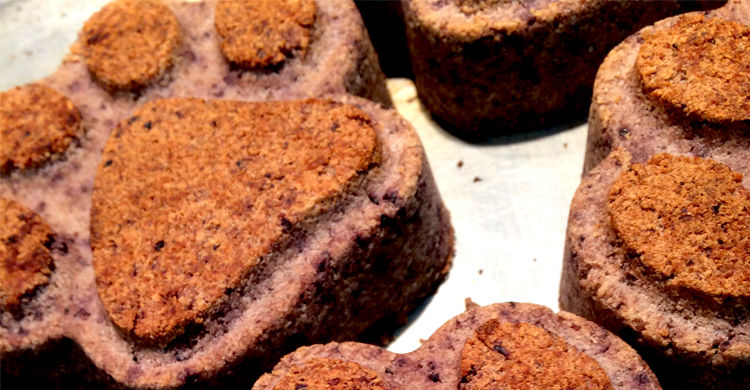 Daisy Nicolas's yellow Labrador retriever, Dallas, has one of the best doggie jobs in town. She's the "quality control chief," according to Nicolas, taste-testing each of the 25-plus home baked dog treats that Nicolas sells via Drool Central: A Mum & Pup Barkery.

Nicolas has been selling her dog treats at the South Anchorage Farmer's Market for two years now, but she's been cooking for Dallas much longer. Before Drool Central, Nicolas was cooking for humans at restaurants and lodges, but after a gig at a lodge in Dillingham, she wanted to be her own boss. "I was looking around for dog treats and my dog was turning her nose up," she says. "I was looking at ingredients and they're just horrible."

Nicolas had met a man in the fish business while at the Dillingham lodge, and after she contacted him back in Anchorage she had a source for Alaska salmon, cod, and sablefish. "He educated me on parts of the fish I could use," she says, and many of Drool Central's offerings include fish skin, fish livers, and pureed fish bones.

Drool Central also incorporates Delta Junction barley and Alaska-raised carrots and potatoes. But Nicolas believes her products are remarkable for what they don't include as much as what they do.

"When I make my products I remove all the crap that [dogs] don't need that people love," she says. "Dogs don't taste; they use their nose. They smell. A lot of the recipes out there are based on human taste, adding all this crap like sugar, icing, coloring, salt, spices I've been cooking for my dog for so many years, and I don't use any of those." So there's no corn, no wheat, no soy, no processed fats, and no spices.

Nicolas still primarily operates Drool Central from the South Anchorage Farmer's Market, but for orders of $30 or more, she'll deliver in the Anchorage area, and you can order off her website at droolcentral.com-although orders sent through the mail are limited to the dehydrated products (many of the treats come as fresh-baked or dehydrated).

"Dogs are my main customers, even if their moms and dads are reluctant," Nicolas says. "If the dogs like them, their parents buy them, then I see them week after week. Our dogs are very opinionated."

For now, Drool Central will continue to operate out of Nicolas's home-and that limitation itself guarantees the freshness of the treats, she says. "I'm not crazy enough to get a big overhead while I'm establishing my customer base. I only have the home equipment, and I can only fit so much in my freezer."