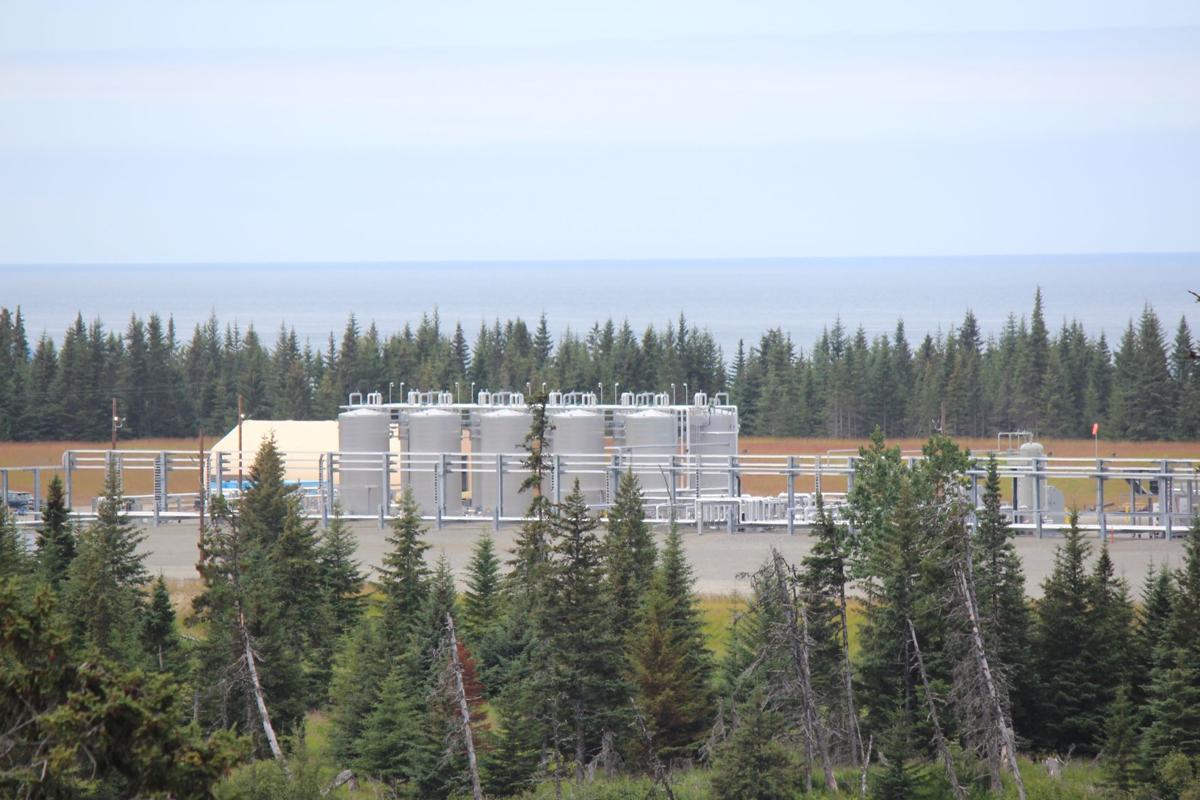 BlueCrest’s Cosmopolitan pad sits on 38 acres of privately owned land. Not pictures is Herff Keith’s house to the right, between the pad and the bluff overlooking the beach. 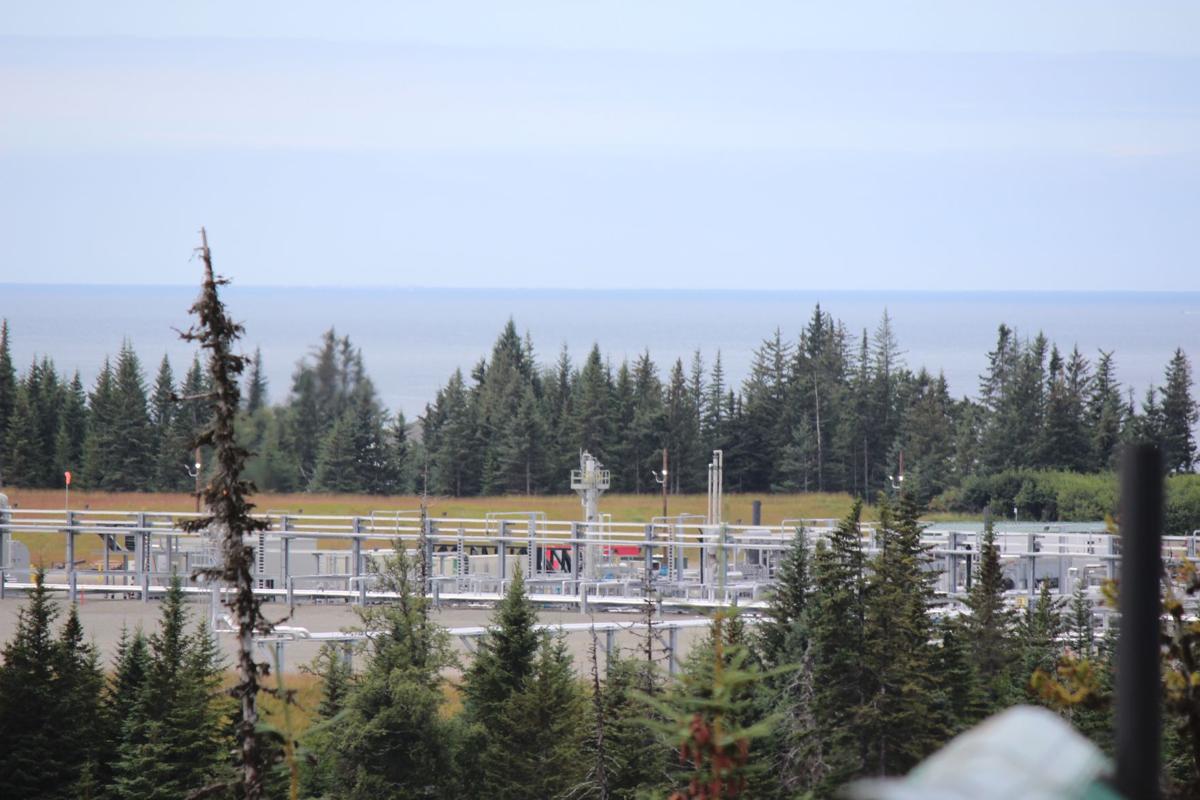 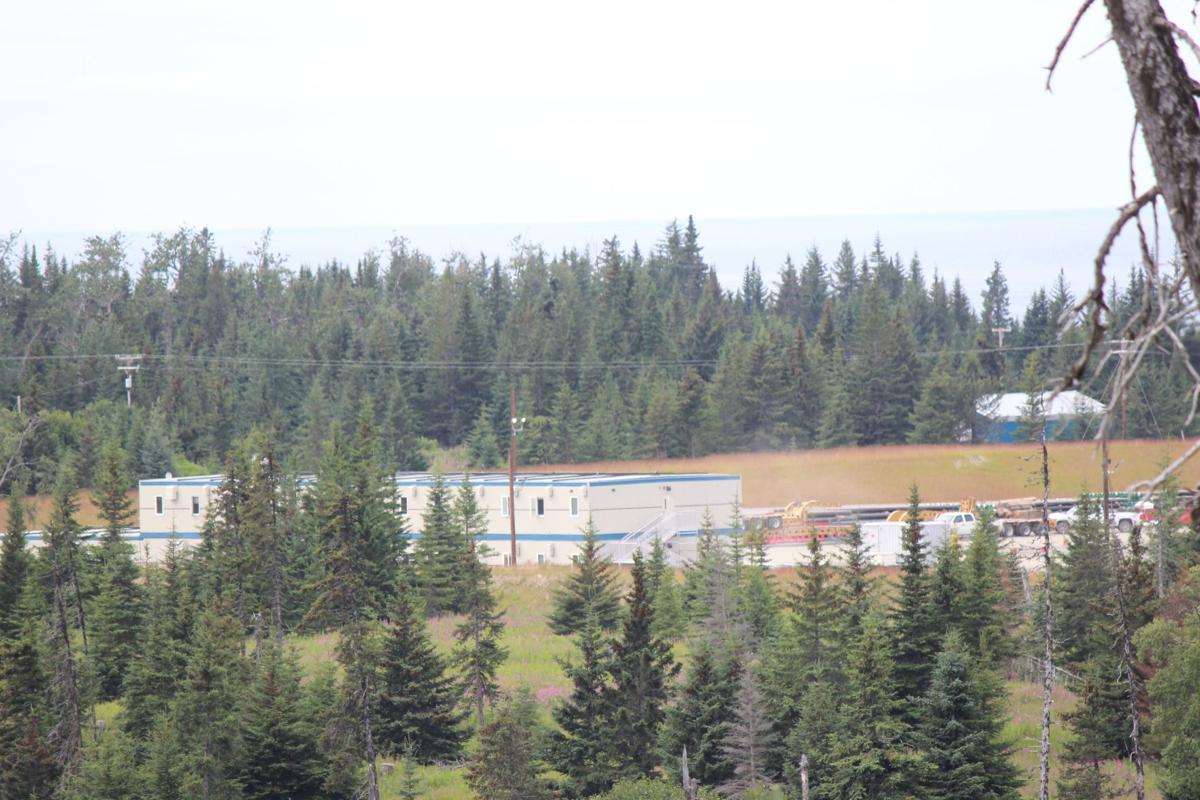 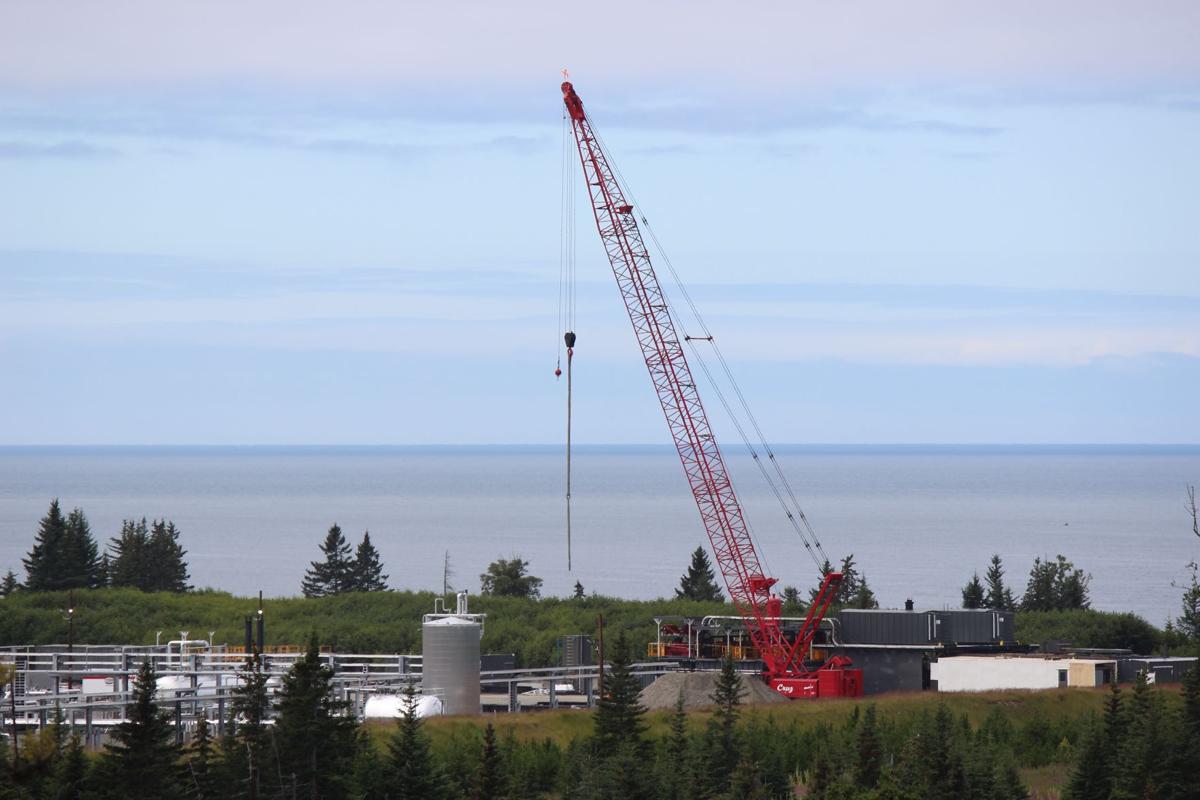 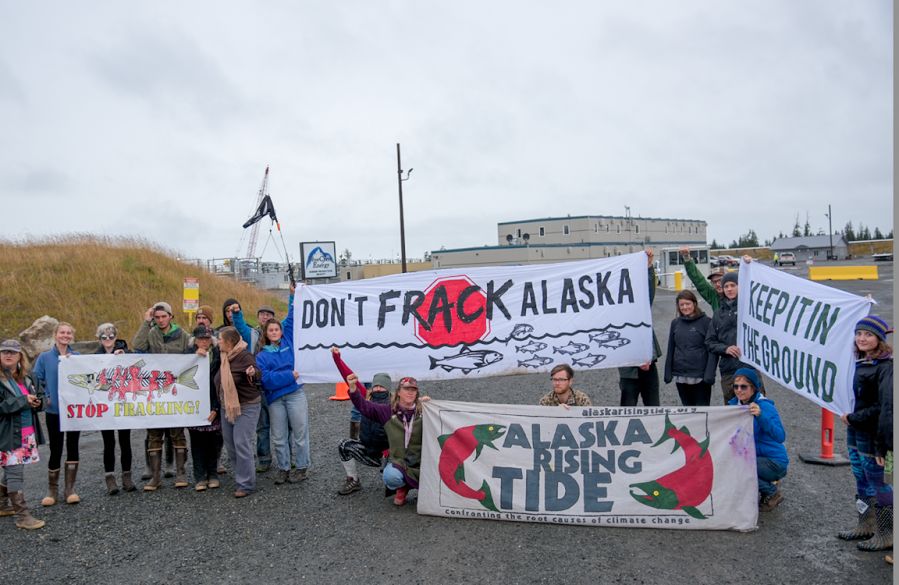 Kenai Peninsula residents and others Alaskans held a “no fracking” demonstration at the entrance to BlueCrest’s Cosmopolitan pad at Stariski after the company announced plans to frack the wells. 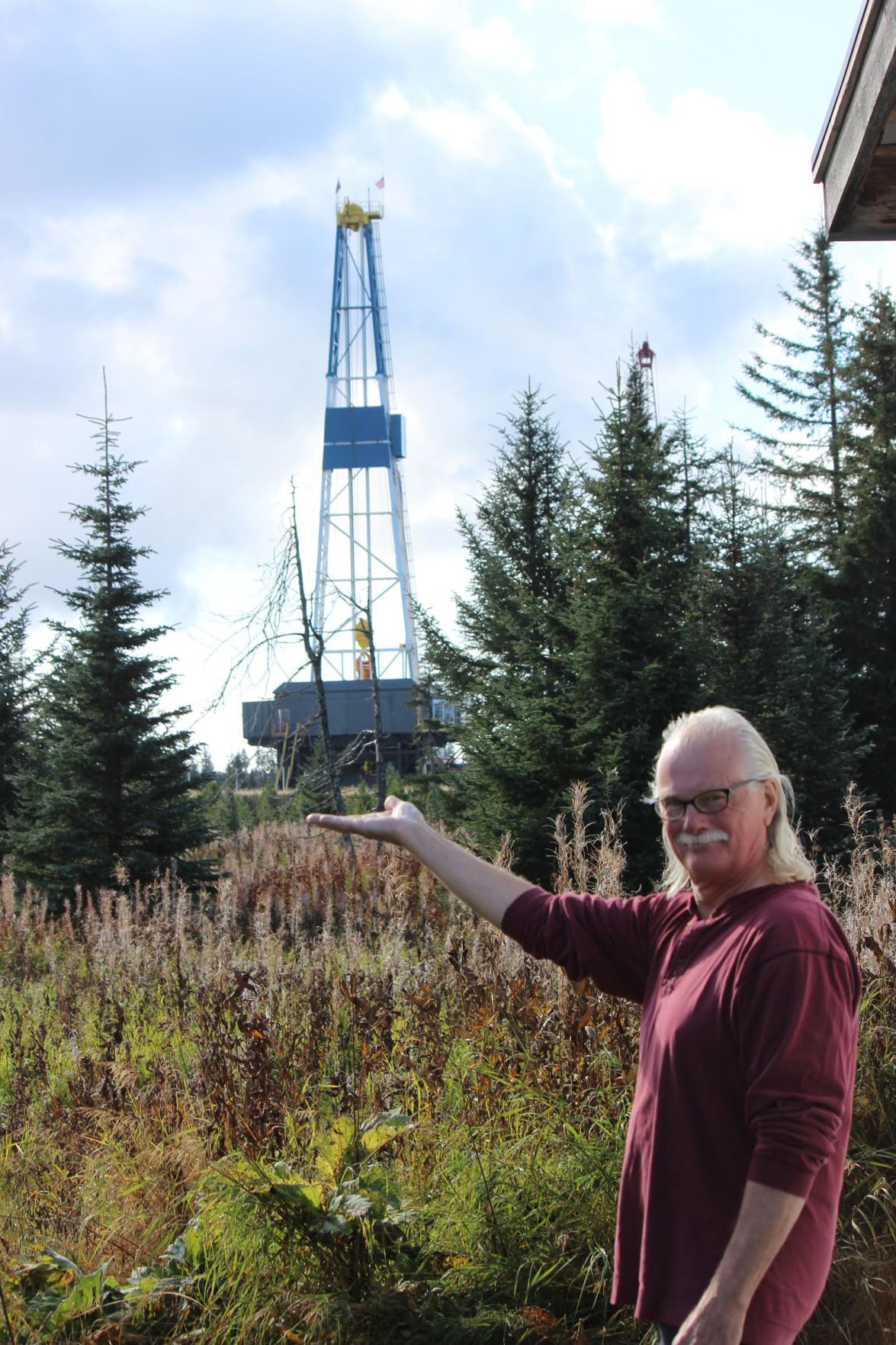 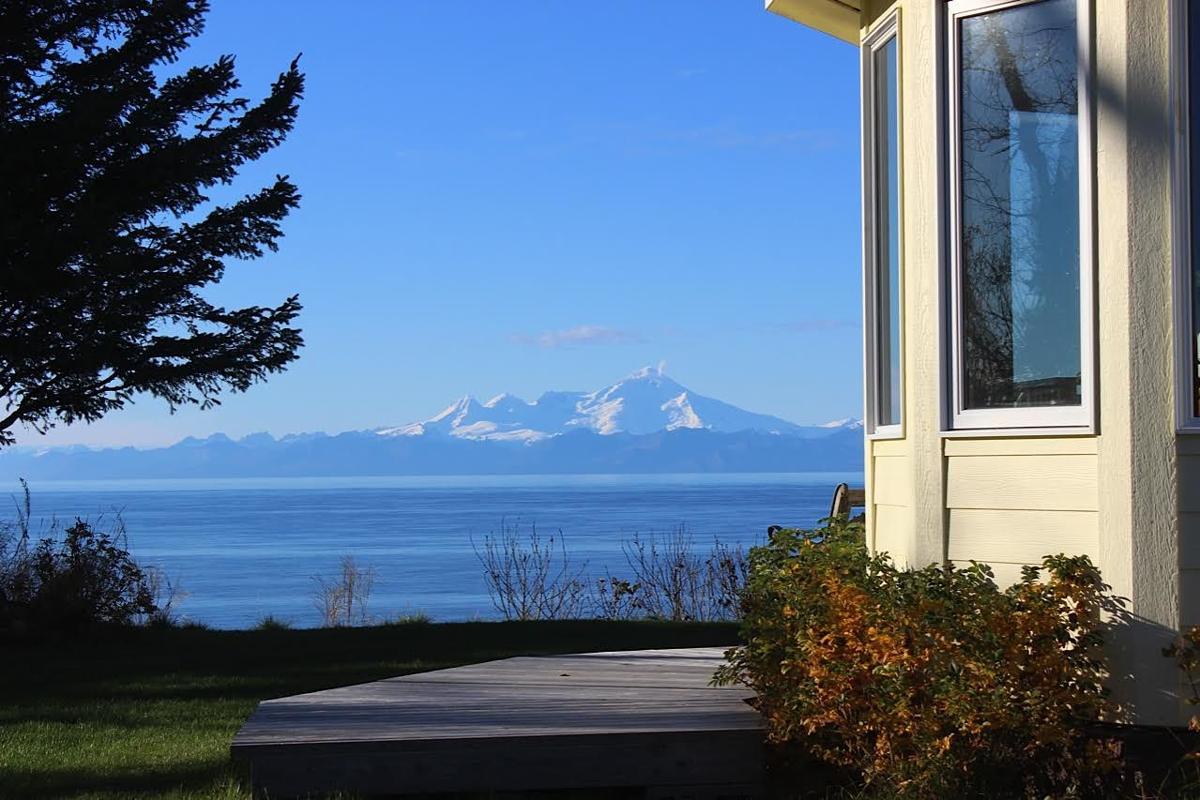 BlueCrest’s Cosmopolitan pad sits on 38 acres of privately owned land. Not pictures is Herff Keith’s house to the right, between the pad and the bluff overlooking the beach.

Kenai Peninsula residents and others Alaskans held a “no fracking” demonstration at the entrance to BlueCrest’s Cosmopolitan pad at Stariski after the company announced plans to frack the wells.

Editor’s Note: This is the sixth in a 7-part series on the difficulties some Alaskans face having the oil and gas industry as a neighbor.

In 1967, 10 years before North Slope crude began making its 800-mile journey through the trans-Alaska pipeline to tankers lined up in Prince William Sound, Johnny and Viola Hansen began leasing a corner of their Stariski homestead for oil and gas exploration. Standard Oil, Chevron, Atlantic Richfield, Pennzoil, ConocoPhillips. The list of leases is lengthy.

Johnny, who came to Alaska in 1948, was a hard-working heavy equipment operator. He saw the lease income as a way to feed his and Viola’s family. Viola, whose ancestors were among Ninilchik’s founding families, wasn’t comfortable with the arrangement.

“You were against it and I was for it, so we did have our little pro and con,” Johnny acknowledged to Viola when I met with them in their home in 2014.

Wanting a quiet place where he could “get away from the big city” after retiring from the Alaska Railroad in 2007, Herff Keith bought 2.5 acres of land wedged between the Hansen homestead and a stretch of bluff overlooking Cook Inlet. He was aware oil and gas exploration had occurred on his neighbors’ property, but in 2007 all was quiet.

Dreams of striking it rich with Alaska oil and gas drew Australian-owned Buccaneer Oil to Cook Inlet. In 2012, the company leased the corner of the Hansen’s homestead and set up operations to develop the “Cosmopolitan” site, conducting offshore exploration with the help of a jack-up drill rig anchored offshore. The rig completed its inlet work in 2014, and Buccaneer sold its Cosmopolitan interests to BlueCrest. BlueCrest’s immediate plan called for directional drilling, with the possible use of offshore drilling platforms in the future. In 2015, the company began constructing the required infrastructure on the 38-acre pad, little more than 1,000 feet from Herff’s water well.

Immediately, Herff and his neighbors worried about slow-moving project traffic entering and exiting the Sterling Highway on a narrow, half-mile stretch where the ability to see oncoming traffic is limited. With only one road linking Herff’s and other nearby houses to the highway, they worried about egress in the event activities on the pad made it necessary to evacuate.

BlueCrest built a 14-foot tall gravel sound and visual barrier around the pad, but it proved ineffective. Herff used a phone app to measure the deafening noise making its way to his house. At 84 decibels it equaled the sound of a garbage disposal, or a car wash that is 20 feet away, or a diesel truck traveling at 40 miles an hour that is 50 feet away, loud enough to cause measurable hearing loss after eight hours of exposure.

As activity transitioned from pad construction to drilling done with what BlueCrest describes as “the most powerful rig in Alaska,” and then to production, Herff was subjected to clanging pipes, back-up alarms, lights that brightened the darkest nights, generators, the rumbling of trucks and the roar of natural gas flares.

In June 2016, BlueCrest’s announcement they would be fracking the wells struck fear among those close to the operations as well as others around the state. What chemicals would BlueCrest use? What risks did those chemicals pose to local water wells? How were drilling fluids being disposed of? Would fracking increase seismic activity in an already earthquake-prone area? Were the state’s rules and regs for notifying the public of fracking operations sufficient?

Community meetings were held in Homer, Anchor Point and Ninilchik. Questions were directed at BlueCrest, state officials, and the Alaska Oil and Gas Conservation Commission. Testimony was given. Letters were written. A protest at the pad’s entrance was held. A list of fracked wells and applications to frack have since been made available on AOGCC’s website.

That same month, BlueCrest officially announced the start of its 30-year Cosmopolitan project with a celebratory open house. Sen. Lisa Murkowski and Sen. Peter Micciche, R-Soldotna, were guest speakers. Neither Herff nor his neighbors were notified of the event.

From being close to the action, Herff has learned to identify what activities BlueCrest is engaged in by the way his house shakes, the drilling rig rumbles, and the natural gas flare roars and dances dangerously in the wind. He repeatedly took his concerns to Larry Burgess, BlueCrest’s health, safety and environment manager. Burgess personally assured Herff that BlueCrest wanted to be a good neighbor, but in a 2016 public update of the project, Burgess was clearer about what that meant.

“Now, when you’ve got a 3,000-hp rig sitting on this pad, some turbines generating electricity, some generators and trucks with backup alarms running 24 hours a day, you’re impacting your neighbors. There’s nothing you can do about not impact(ing) them,” he said.

BlueCrest has since abandoned the use of fracking. Not in response to the public’s concerns, but because fracking is expensive, inexact and difficult to control, CEO Benjamin Johnson told the state House Resources Committee in May 2019.

Johnson also pointed out that the reserve holds about a half billion barrels of oil. BlueCrest is unsure how much the company will be able to tap into, but improved methods have increased the daily production of a few hundred barrels in 2016 to between 1,800-2,000 a day at the time of Johnson’s comments, with the goal of reaching 3,000-4,000 barrels a day. The company’s website reports a large natural gas deposit sitting on top of the oil and enough new well targets to “require up to seven years of future expansion drilling.”

That was bad news for Herff. Seriously considering giving up his piece of retirement heaven, Herff met with a realtor and was told the market value of his home is considerably less than it once was, largely because of having oil and gas as a neighbor. The Kenai Peninsula Borough assessed the value of Herff’s home and property at $331,500 in 2015; in 2019 it was $278,700.

The development of Pebble Mine — if it happens — would be another disrupter to Herff’s world. According to Pebble Partnership’s plan, the mine would operate on natural gas produced by wells about 10 miles north of Stariski, and delivered by a pipeline to be constructed on the inlet side — Herff’s side — of the Sterling Highway. Just north of Anchor Point, it would cross the inlet and continue on to the mine site.

When I asked Herff in 2016 about the impact oil and gas producers were having on his area of the Kenai Peninsula, Herff said, “We’re not going to get rid of them, but they’re getting rid of us. It’s sad to me. Very sad. We’re so screwed down here.”

“This is just crazy shit,” he said.

In an earlier column (“When your property is at ground zero of a natural gas pipeline,” January 13, 2020), I referenced ENSTAR Natural Gas not responding to my request for information about the source of Kenai Peninsula natural gas for the Pebble project. The company recently responded.

“ENSTAR is not currently involved with the Pebble mine,” Hobson wrote in an email. “However, as a regulated public utility, ENSTAR will provide service — including pipeline construction — to permitted projects within its service territory that have acquired legal, environmental and regulatory approvals.”

Hobson also wanted to make it clear that ENSTAR “does not, nor has it ever, conducted exploration and production activities.” It is a gas transportation and distribution utility.