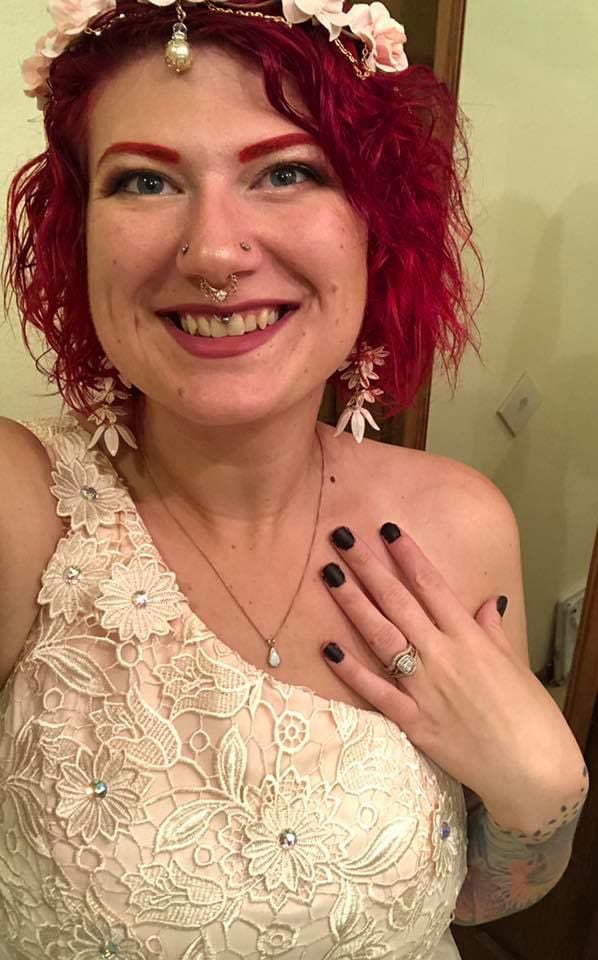 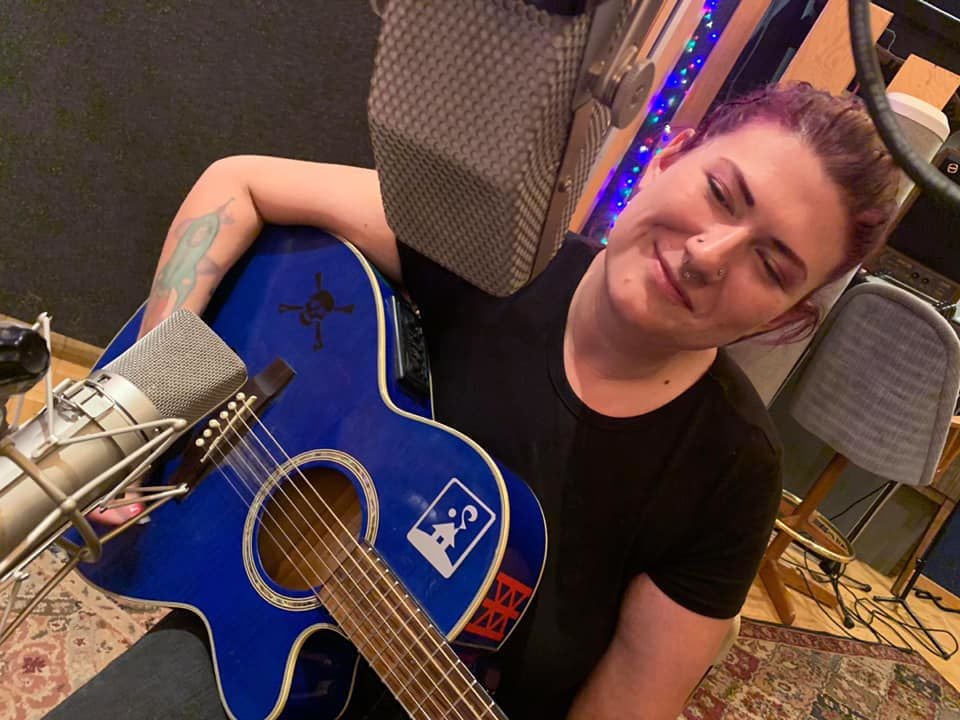 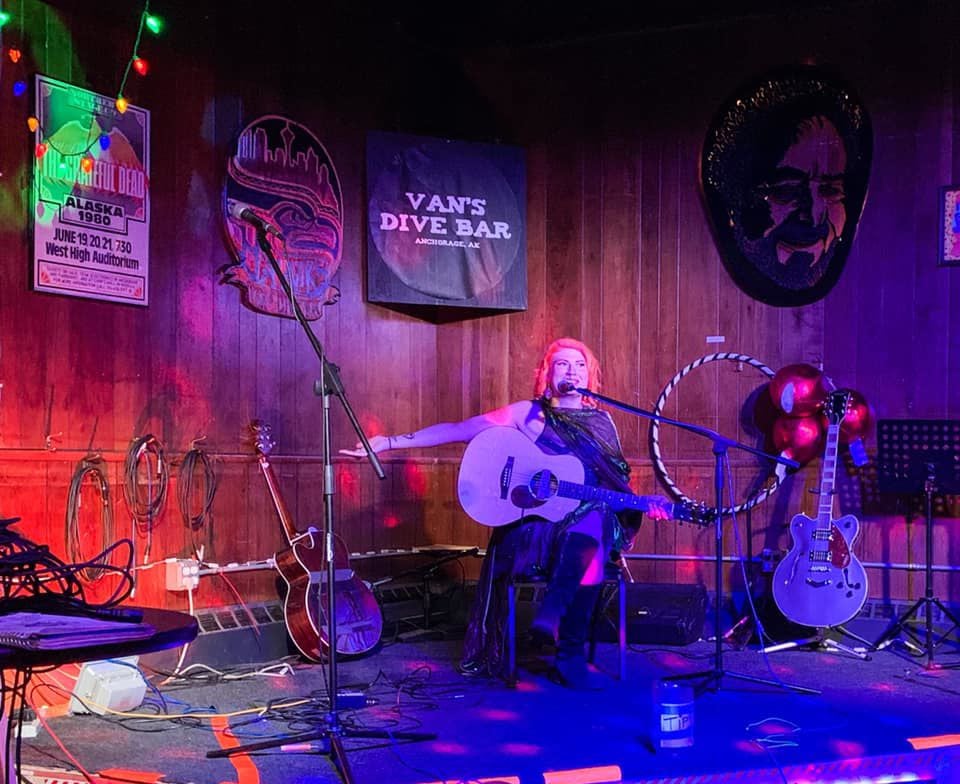 Life is a cycle of tragedy and comedy; despair and joy; conflict and resolution. In order to survive, every living organism must constantly learn to cope with and adapt to its surroundings. Many of us cope with our struggles by finding a distraction, whether it is work or an engaging activity or hobby.

For Nikki Jensen, along with many other songwriters, the most effective method of coping is facing her problems head on, without fear.

“I feel this poison building up inside of me and it’s like releasing a valve, draining that toxicity out of me and putting it into my music,” she said. “Now I turn that into something; something so awful into something that I’m proud of.”

Nikki has been active in the Alaskan music community for several years and began making music at a very young age.

“I first started playing guitar when I was nine and from then on I just kinda played around with it. I started singing the moment I could talk, pretty much,” she said. “I’ve always sung.”

For Nikki, writing and performing music became a passion and a lifestyle, but it didn’t always play that role.

“My music has changed a lot. It went from just being about rowdy early-twenties partying to, in the last few years, my marriage ending, a lot of big life changes happening,” she said. “Feeling like I don’t have control over anything and feeling powerless and I wrote music to save myself. I’ve always put a lot of my life experiences into my music, even when it was just rowdy honky tonk stuff. It still had a lot of me in it. Now these last few years, that’s my soul.”

Throughout her musical journey Nikki has had many accomplishments and incredible experiences, from playing the Juneau Folk Festival alongside some of the greatest folk and bluegrass musicians, to touring in Austin, Texas during South by Southwest while the streets and local venues were flooded with lovers of music. She has also toured New York City performing with The Goat Rodeo and participated in Emma Hill’s Songwriter’s Circle alongside Emma and Emily Dalfoyst. “That was an amazing experience, it was so intimate,” Nikki said. “Taking turns and sharing the songwriting experience — feeding off of each other. Sharing with other songwriters was really cool.”

As a songwriter, honesty is key. However, a performer’s role is to put on a show and create an image that people will enjoy and connect with. This is where it gets complicated.

“One of the things I’ve struggled with as a musician is that I am very genuine, but at the same time in those scenarios I feel like I’m playing a character version of myself. Sometimes that can be really hard, just feeling alone in a crowded room,” she said.

Exposing yourself to others can be a very challenging and frightening thing. Many of us live our lives behind a mask, sharing only the sides of ourselves that we feel comfortable and secure with. But the life of a songwriter is not so guarded.

“I’m sharing myself with people. I’m opening a door or a window into my existence and saying ‘Come on in,’” she said. “And that’s vulnerable, but I think it’s a powerful thing to share yourself with people. The payoff is the exchange. We’re connecting.”

But connection can be frightening, too. Putting yourself on a stage, baring your soul to friends and strangers alike.

For Nikki and many other songwriters, writing and performing music is a path to growth and self-actualization. A method of coping and learning, becoming a stronger individual.

“I’ve always been entirely me at the core but I’m constantly striving for growth and progress, becoming a new version of me; evolving into the next version of Nikki,” she said. “I just really love the people in my life and the human experience. It really does boil down to connecting to people. I want to know your experience and share mine, and I just want to connect. [Music is] the one thing I’ve carried with me for my entire life. It’s the second most important thing in my life, besides my kids.”

After our interview, Nikki invited me into her home and picked up a book from her bookshelf. It was a collection of poetry, ‘The Prophet’ by Kahlil Gibran. She opened it to a page that she had marked and read an excerpt aloud: “Let your best be for your friend. If he must know the ebb of your tide, let him know it’s flood also. For what is your friend that you should seek him with hours to kill? Seek him always with hours to live. For it is his to fill your need, but not your emptiness. And in the sweetness of friendship let there be laughter and sharing of pleasures. For in the dew of little things the heart finds its morning and is refreshed.”