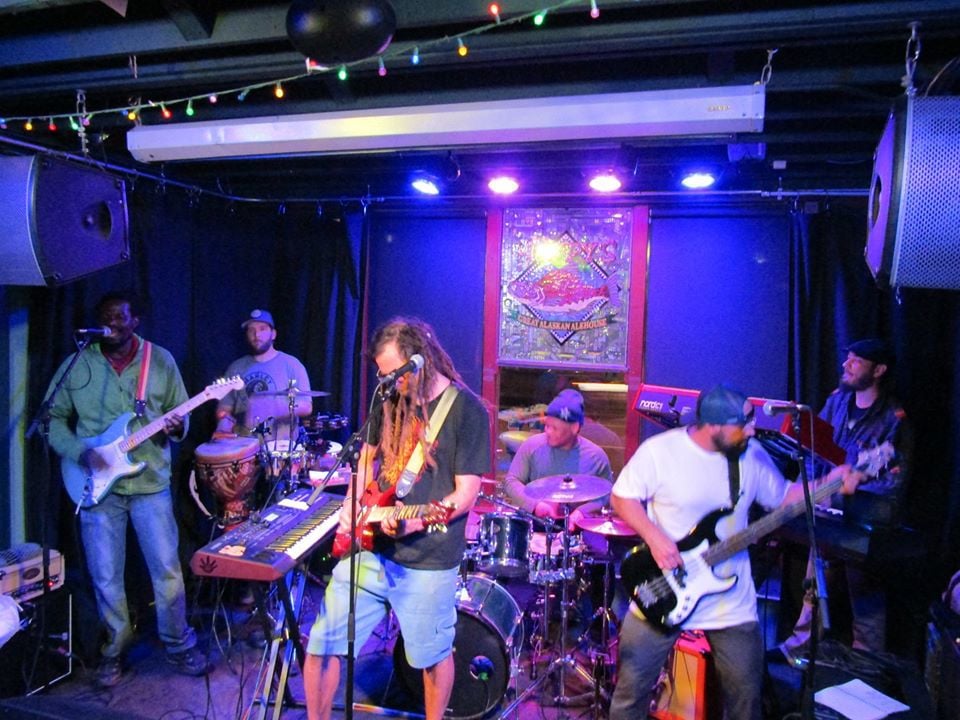 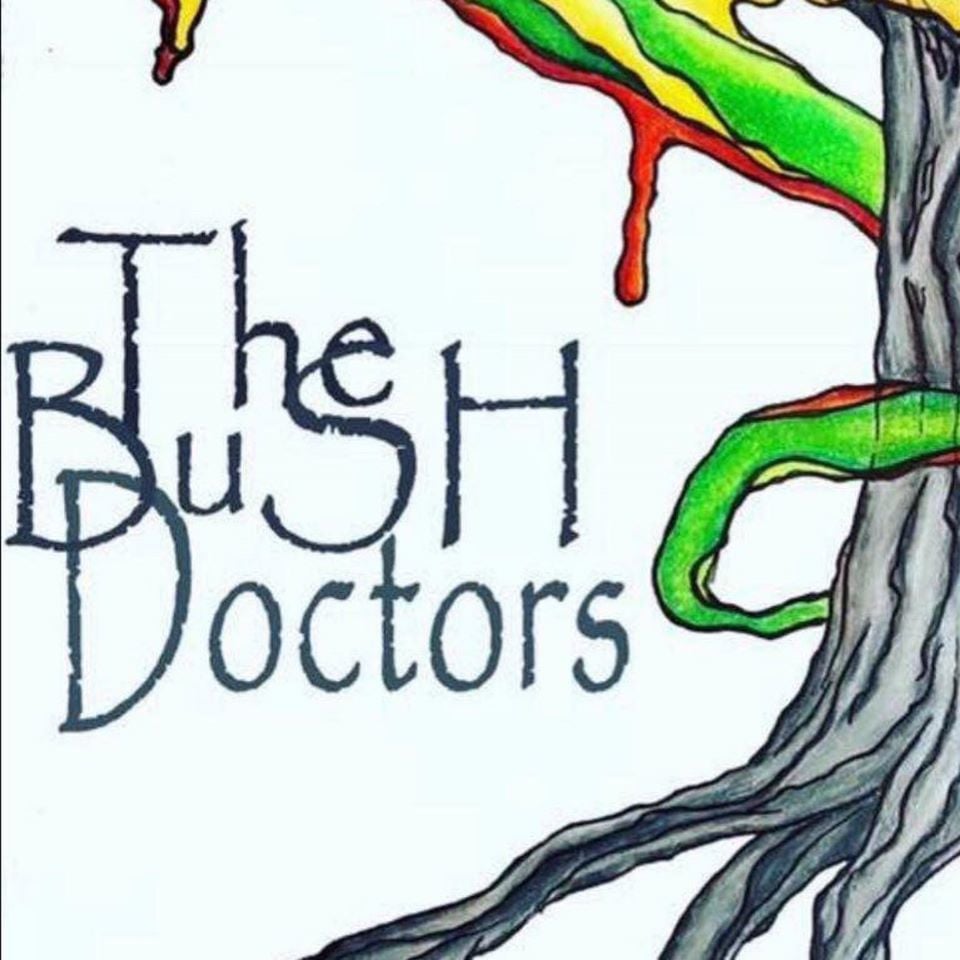 Take a survey of the local bars here in Anchorage and chances are you’ll find a stage more often than not. Anchorage is generally very friendly to the local music and arts scene, and has been as far back as most can remember. The problem for certain bands, however, is that the type of artist most local stages are friendly to can be restrictive. A single singer-songwriter can fit in the small corner stage of a coffee shop or bar — a six-piece reggae band like Bush Doctors may not. But according to guitarist Nick Holliday, that size is by design.

While the Bush Doctors have only been together for two and a half years, Holliday says most of the members are forty-something veterans of the Anchorage music scene, pre-dating even iconic all-ages venues like Bitoz Cafe.

“I grew up in Anchorage, and I’ve been involved in numerous reggae bands ever since (KNBA Reggae host) Prince Albert’s band Fireweed Stampede,” Holliday says. In 2007, Fireweed Stampede opened for The Wailers at Alyeska Resort venue Sitzmark.

Future Bush Doctors guitarist and vocalist Kevin John shared a similar history within the local scene. But it wasn’t until the pair caught a visiting performance in Anchorage that the idea for Bush Doctors began to come together.

“We saw a band called Tribal Seeds at the Williwaw,” Holliday says. “And that’s kind of when Kevin and I had the revelation to be the sole provider of that kind of genre — for the cannabis scene or not — for the public.”

The band found a drummer in “J.R.”, bass courtesy of Alvin Fernandez, Nick Gelinas on keys, and percussion via Matt “Wally” Wallace.

And provide, the Bush Doctors have, with their full-size reggae sound a shoo-in at events like Cannabis Bowl in the Mat-Su Valley last summer.

“We played the pre-party, opening for [the Billboard chart-topping, Georgia-based] Passafire at Koot’s,” Holliday says, “and the year before, opening for Kottonmouth Kings at the Peanut Farm.”

While Holliday acknowledges the occasional hit-and-miss attitude of Alaska crowds, opportunities have picked up recently, as Alaska’s reggae scene has bloomed in the last few years, as proven by appearances from 311, Sublime With Rome, Pepper, Iration, Collie Buddz, along with Slightly Stoopid, which has made several repeat appearances since 2011, including this year’s state fair. The Aloha In Alaska Music Festival last June, featuring half-a-dozen reggae acts, drew more than 3,500 positive responses either “Interested” or “Going” on Facebook. Sublime with Rome at Moose’s Tooth last summer drew almost 5,000.

Next Saturday, on November 23rd, Bush Doctors will take the stage at Koot’s to open for Warped Tour veterans and 24-year genre-bending favorites Ballyhoo!

Holliday says he’s followed the band on Instagram for a while, but he’s stoked for the show. “From my experience, living in Alaska, when whoever brings up a reggae/rock band — if I don’t go, I always regret it,” he said. “We’re so limited to when good talent comes up, it’s kind of a like a no-brainer.”

Ballyhoo! Live in Alaska, is Saturday, November 23, with Bush Doctors. This is a 21-and-over show with tickets ranging from $25 to $45, available at eventbrite.com