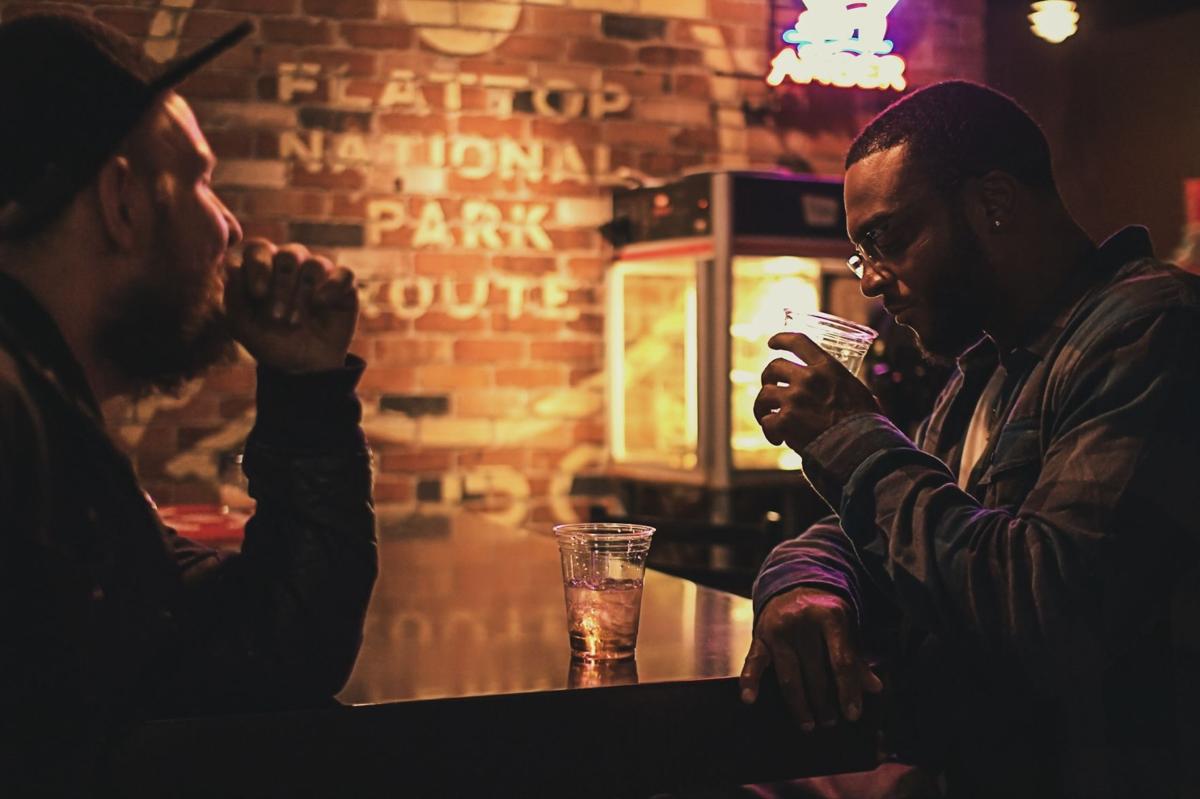 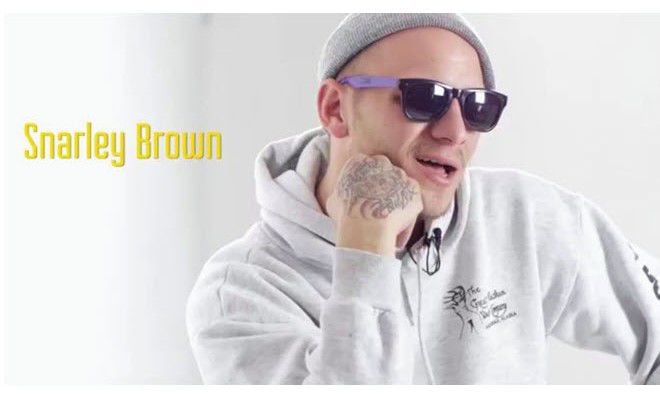 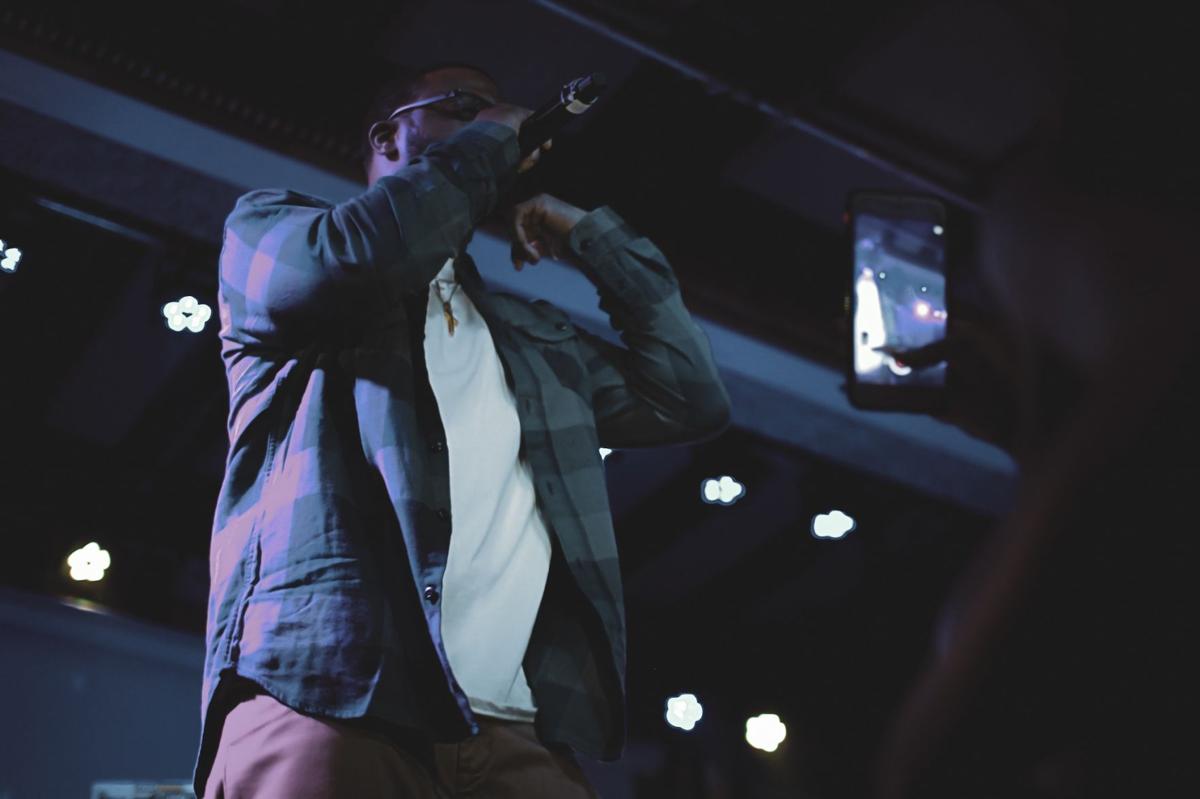 Our futures can be so bright, at times, that they tend to shed light upon the shadows of our past. Such could be said of my homie and local emcee Starbuks, aka Michael Cofey. The irony of it all to me is the timing. Starbuks keeps in touch regularly, as we share what music we are currently working on with one another. We share ideas and pass constructive criticisms back and forth.

I’ve been awaiting his new release, ’Blacc Polar Bear’ since early this year. Starbuks usually makes the trek from his hometown of Fairbanks into Anchorage over the weekend. We’ve been talking about working on a collaborative effort. I’ve also been trying to connect him with my photographer, Hoa Stanley, with purpose of a photo shoot for the new album. With that said, it surprised me a few weeks back when I called him up and found out he was on house arrest.

His last album, ‘Whiskey, Weed, and Women’ had a distinct theme of a man’s growth into maturity, going from hustler, to becoming something you could say is more ‘human.’ By that, I simply mean that my friend saw some errors in the fast life. This brings me to why I used the word “irony”, because I find it ironic that our legal system is trying to bring up old news, especially considering the fact that if you actually listen to his music, it’s clear that he’s made some serious changes in his perspective.

I looked up his case, and at first glance, it doesn’t look great. Until you start asking questions, it would appear to be open and shut. Cops claim there was a robbery; what they don’t say is what the perpetrators stole — only that “He (Starbuks) let two people in the back door of the hotel, and they robbed the couple in their hotel room.”

You start poking around a bit at it, though, and you realize a few things. Needless to say, the prosecution’s evidence is thin at best, though I’m no legal expert, and obviously, I have a bias for my friend.

Besides that, the timing of this whole ordeal is shitty. Here we have a very talented artist on the brink of dropping a new release. This new release is full of hope and positive perspective during a time in our state when things are rather dreary. That’s not even just on the political end of things, either.

Despite growth being made in the local hip-hop community, there is still the presence of some who have only their best interests in mind. I feel it’s important for artists like Starbuks to be consistent during times like this. He proves you can make a name for yourself without having to play into other people’s games. Even more so, ‘Blacc Polar Bear’ is evidence that an artist can and should release work with actual content. It’s OK if your music has a positive message — in fact, it’s important.

From songs like ‘What’s N Ya Head’, we get a chilling image of the fears and struggles Black Americans face. There is so much hope between the lines throughout the entire release. The song I find myself stuck on is ‘How Real Is That’ featuring local R&B vocalist Asenati.

”Most pray to God if they should die before they wake

I feel asleep and woke up at the pearly gates

God said, ‘You haven’t died, you haven’t reached your fate.

Maybe spend a day, It maybe restore your faith.”

I suggest you listen cause Juice got something to say.

He said, ‘Just listen, don’t speak. You can look, but don’t reach’”

The song then leads into a list of blessings to loved ones, as well as some powerful perspective gained through the pain of living by any means necessary. He touches on the contradiction that comes with selling drugs. I can speak from personal experience when in that life, you may start out with the best of intentions. Sadly, the rush that comes with the fast money takes over. You find yourself battling with those you once loved over something as simple as a price.

We hear a proud new man arise from the wreckage in his song ‘Sun Roof’. He boasts not having set foot in a trap house for years, and prides himself in his new legitimate business ventures.

With so much on the horizon, it’s why these new charges come as a shock. I’ve witnessed Starbuks make a huge change in his outlook, even during the short time that we’ve known one another.

Rappers can be a bit arrogant, overly sensitive, and demanding at times, but still, I want people to see the Starbuks I know.

SB: I’ve touched a bit on my interpretation of your new release, but I think it would be beneficial for the readers to hear, in your words, what message you are trying to convey on this release.

Starbuks: I felt with this album I needed to reach a multitude of individuals from all walks of life. For example; ‘War N Luv’, which features Conway Seavey, is a twisted love story about a dealer finding out the woman he’s in love with is addicted to heroin. On another record, titled ‘What’s N Ur Head’ featuring Tayy Tarantino, we get into police brutality and social injustices.

I feel like this project sets me on another level and In another lane than my peers in Alaska. I know I’m gonna take a lot of heat for this and it only places a bigger target on my back, but I feel I’m the best lyricist and storyteller. I’m the most consistent and I’m always setting the bar higher. Whether it be with the music, the videos, the shows, or the stage presence.

SB: Your music has always been surprisingly positive. It confuses me how people could connect your content to the charges at hand. People will find bad if they look for it. What do you hope people find from this new album?

Starbuks: I hope anyone and everyone of any shape, size, race, color, or creed can relate or feel inspired!

SB: Are there any videos connected with any of the tracks?

Starbuks: Actually, yes, I have more than a couple videos locked and loaded ready to roll out. I’ve currently got a video out @ YouTube/Starbuks1000 as we speak for my new single ‘What’s N Ur Head’ ft Tayy Tarantino. Not only do I have multiple videos shot and ready for release, but I Teamed up with Cody Liska and Crude magazine and we did a mini doc. It captures the creative process of the album. I’m not your typical artist or rapper. I never have a lot of people in the studio while I create or record. I’ll have only producers, vocalist, musicians or the other artists I’m working with. Other than that, I keep my studio survival kit: whiskey with ginger ale as the chaser — chicken wings fried hard and bottled water. But the mini-doc shows the creative process and individuals involved in the album.

SB: I love the Asenati Brown feature on ‘How Real is That?’. Who else can we look forward to hearing from in this release?

Starbuks: Man, Asenati is an amazing person, artist and vocalist to work with. Her talent and writing ability is world class. I got Conway Seavey; he’s probably the most talented musician and artist I’ve ever worked with out of Alaska — no lie, all facts! If you’ve never heard of him or seen him perform live, I suggest you do so. I also got a phenomenal artist, producer and vocalist by the name of Dante Handy, extremely talented. I got Producers like Anthony Danza, Rawbeatzz, Bishop Slice and Johnny Kohler. I got rappers like Josh Boots, Duckman, Tayy and, no lie, one of my favorite rappers from here, Double Dose. I got Dj Ike Cuttz scratching on shit! I mean, what more can a fella ask for?

SB: If you could speak to a younger you, what advice might you give?

Starbuks: I would tell him, ‘stay the path!.’ ‘Why?’ some might ask. Although this journey is bumpy, along with trials and tribulations, you’d never become the man you are now without those life lessons.

SB: Lastly, any words of wisdom you could lend the next generation of aspiring emcees?

Starbuks: Work hard, work early, work often, and never use the word ‘can’t’ in a sentence. If you do, make sure it’s in the context like, “I can’t be stopped”, “I can’t listen to haters”, or “ I can’t allow myself to fail.”.