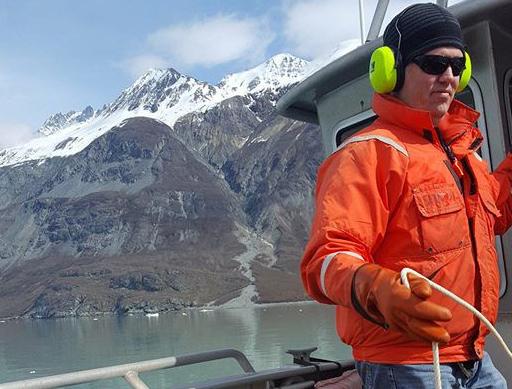 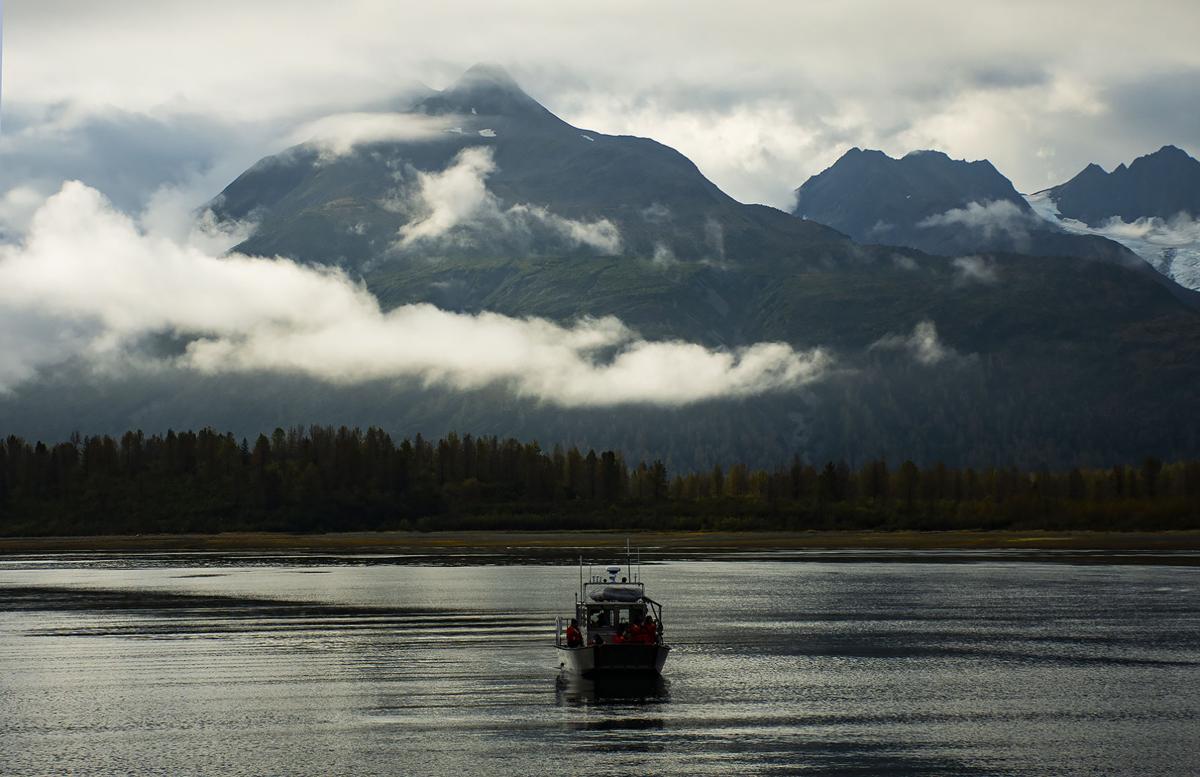 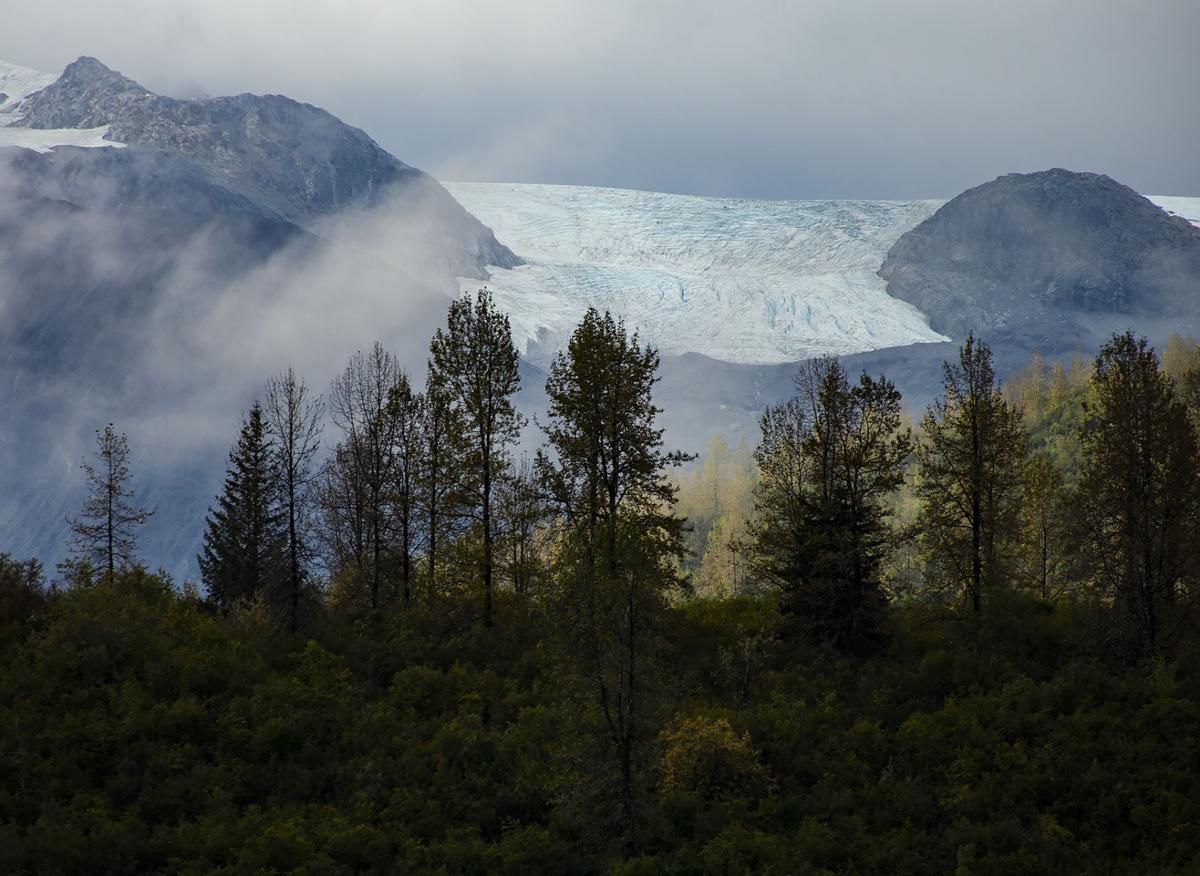 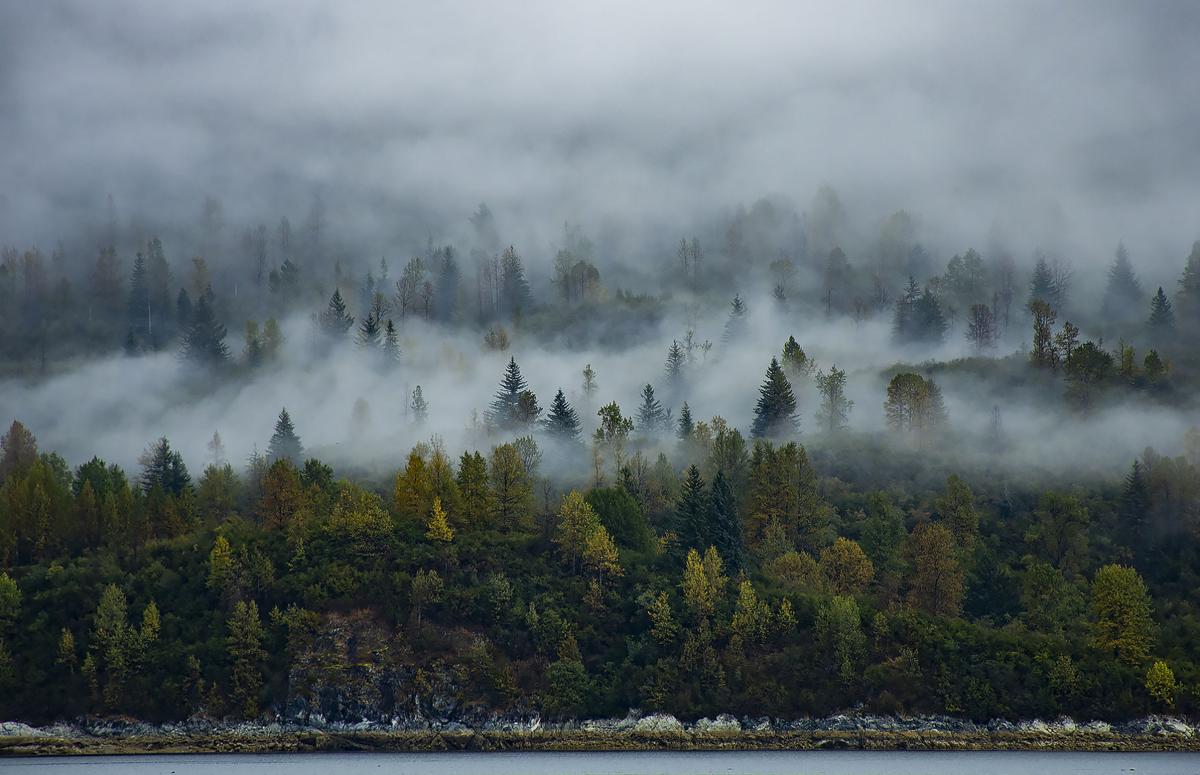 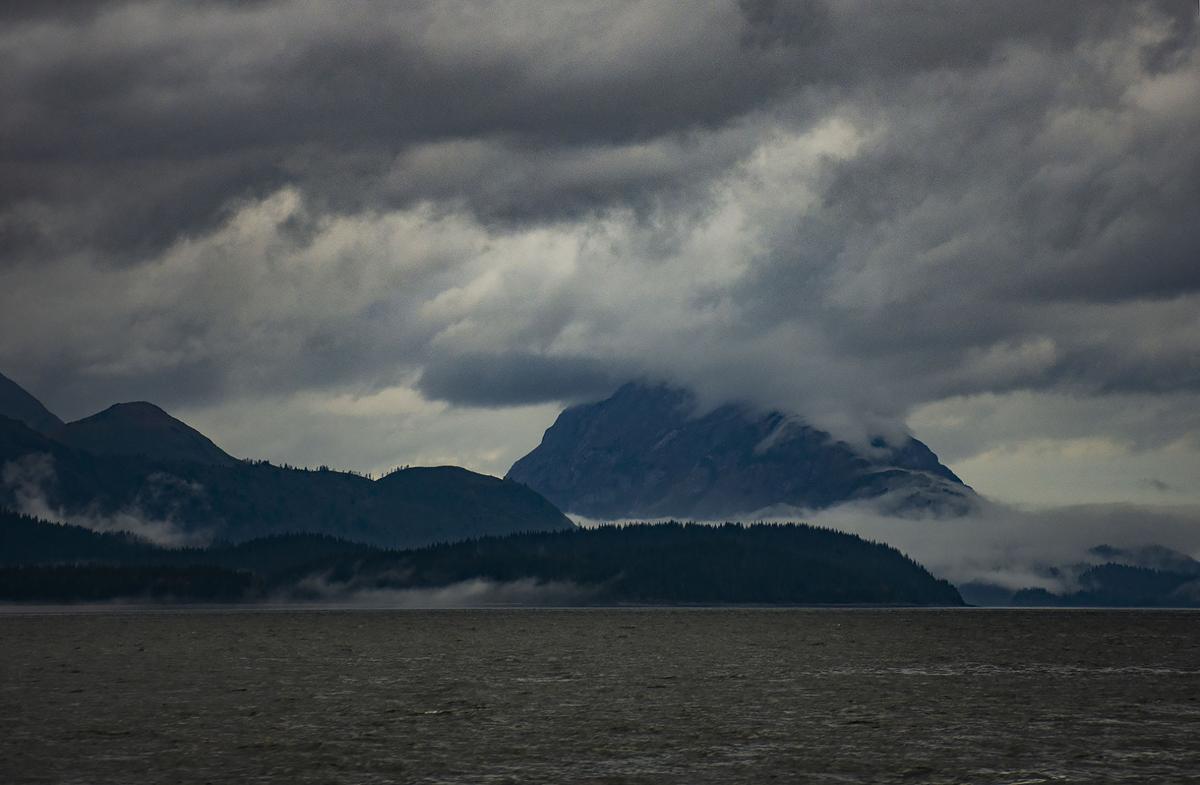 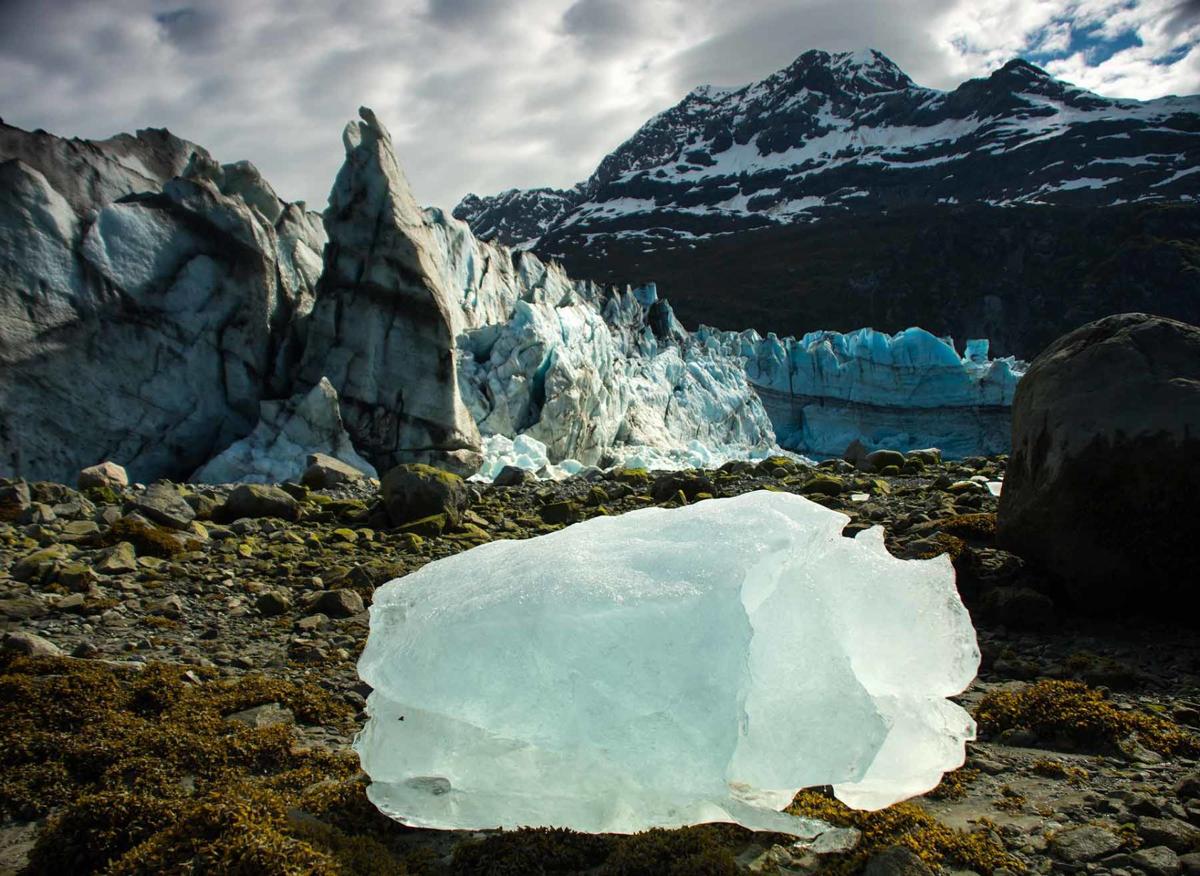 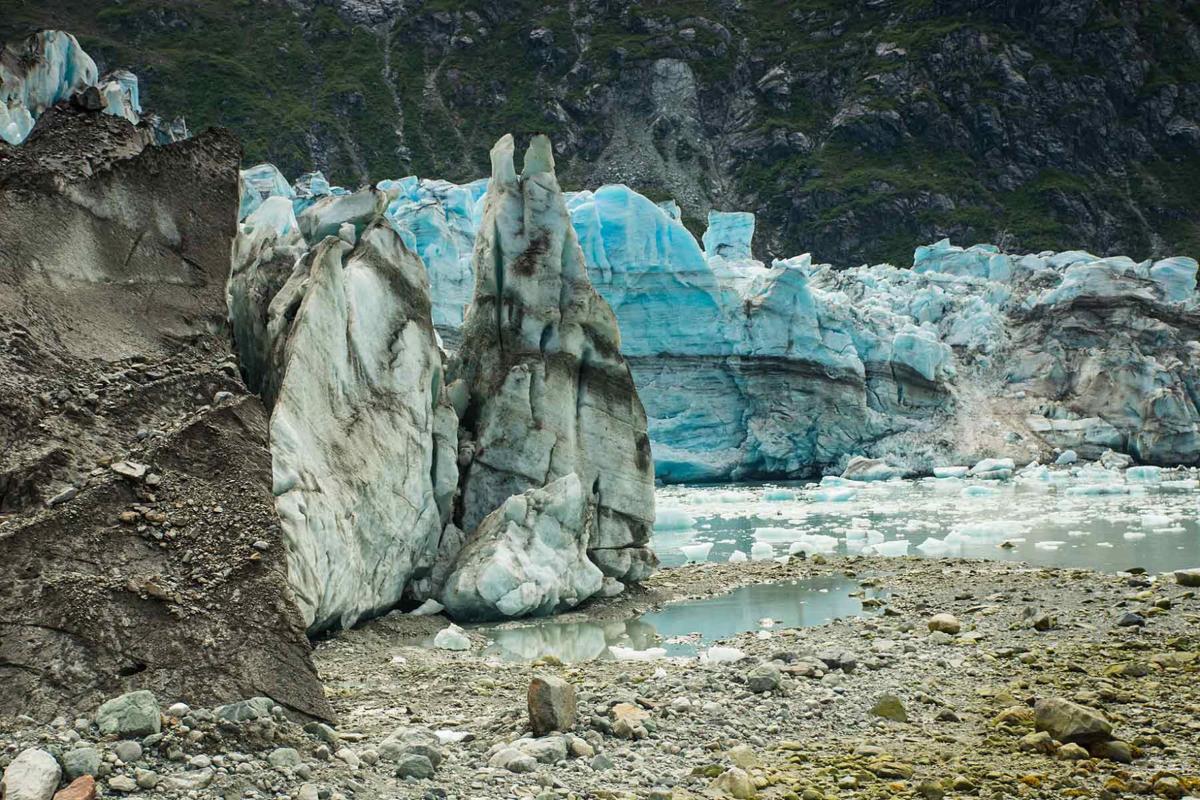 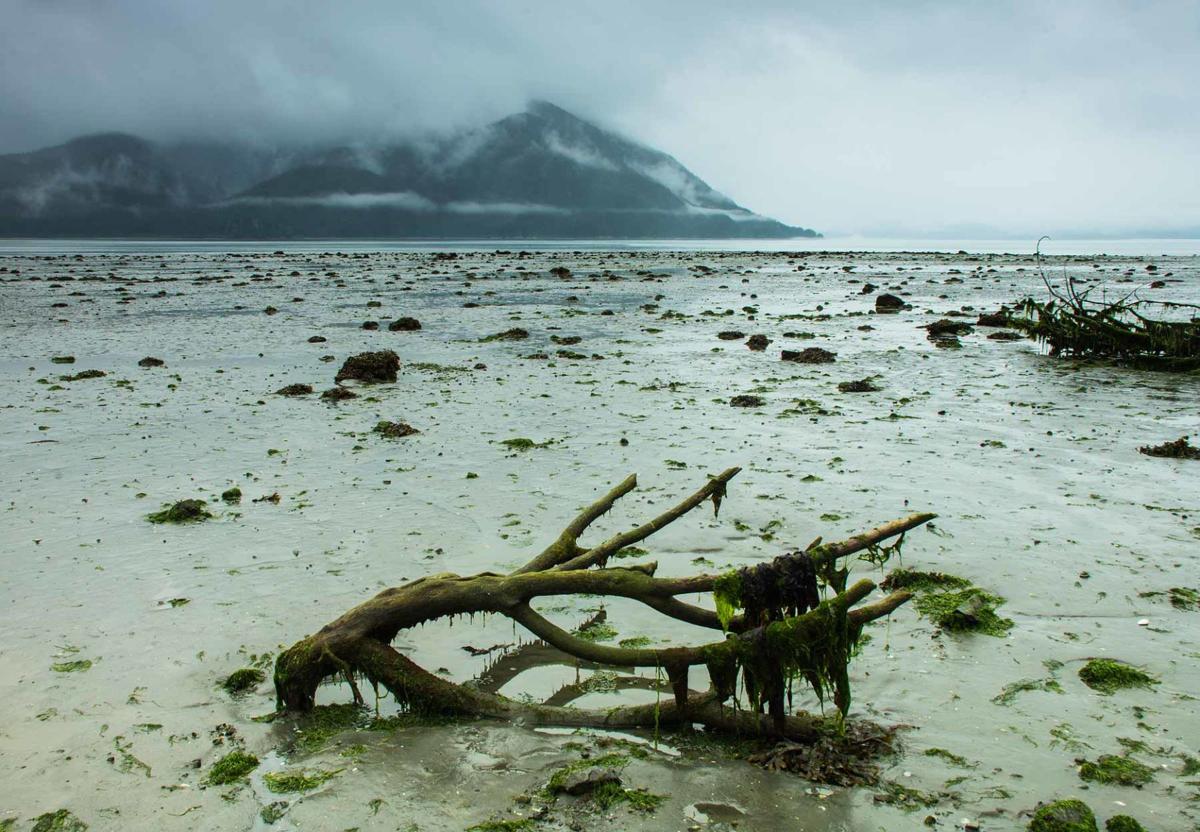 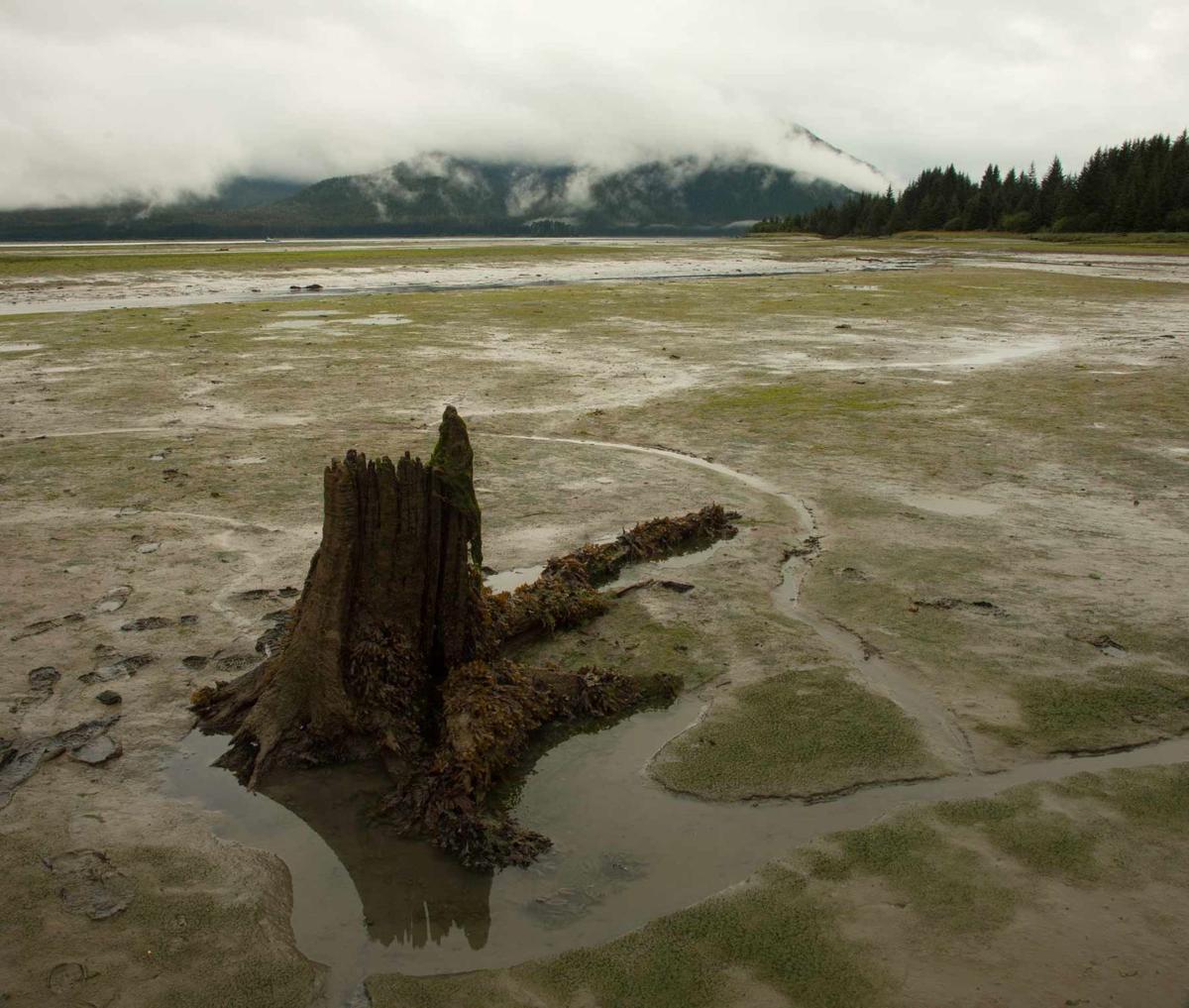 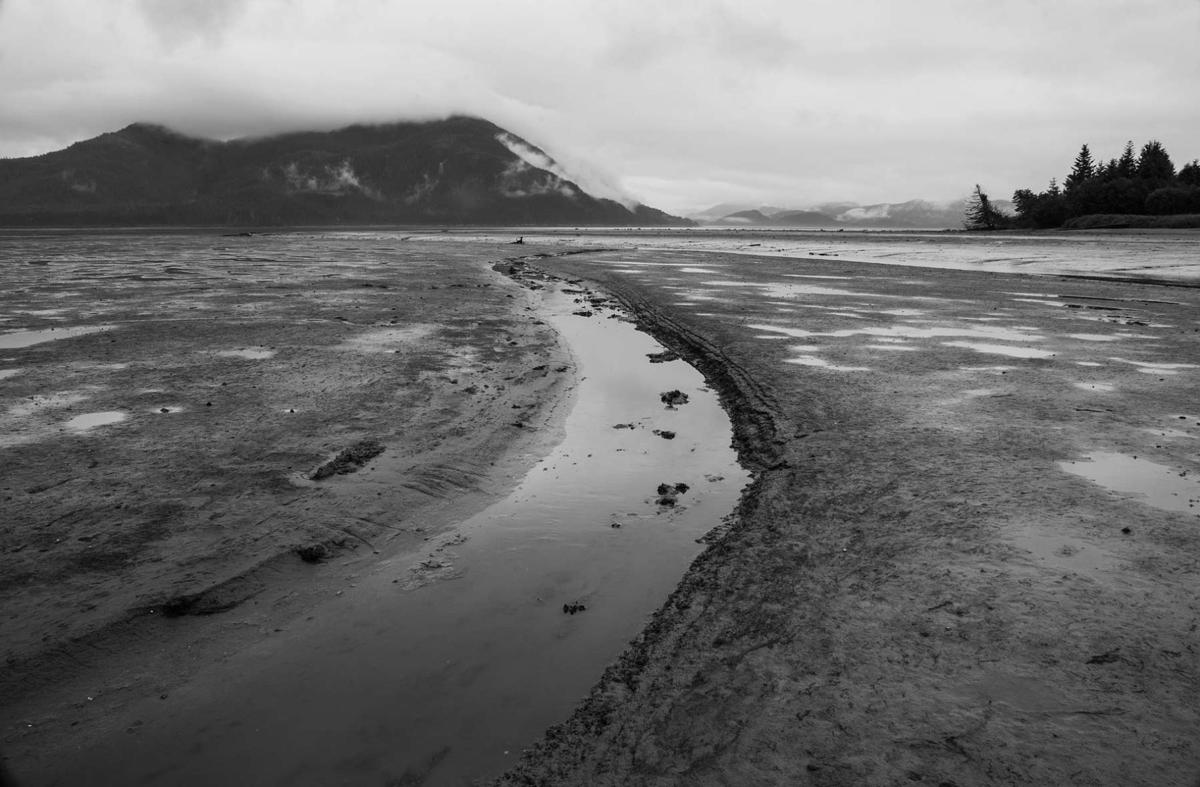 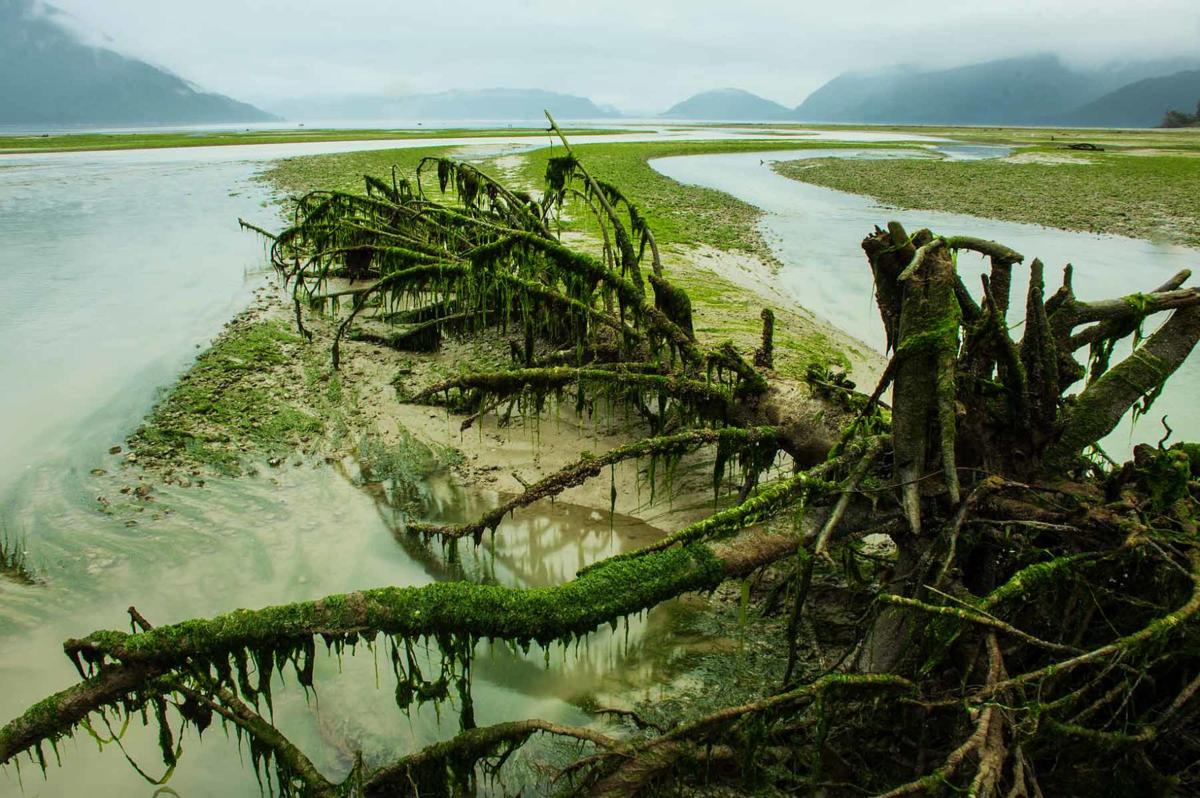 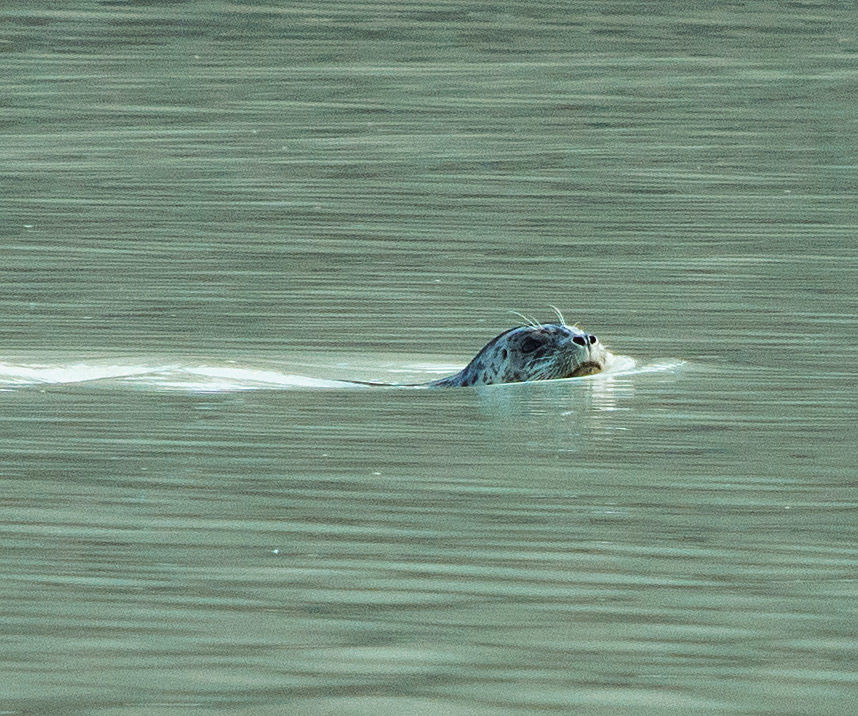 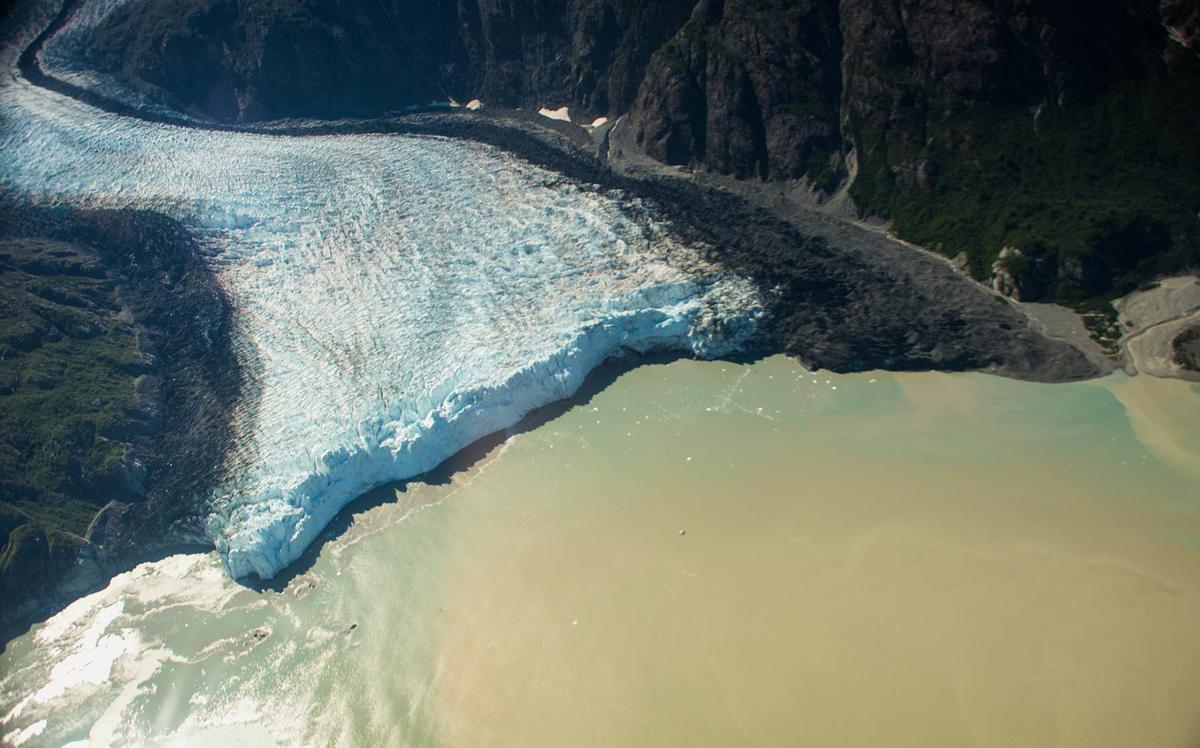 We have lifted the paywall on this story. To support essential reporting, please consider becoming a subscriber.
1 of 13

Prior to 2017, Jake McFee, one-third of the experimental pop group ‘Connected View’, had spent the previous 8 tourist seasons working as a park ranger at the Grand Canyon and after the summer, he’d return to his home in Philadelphia for the winter months, putting his experiences to music before venturing out again.

Those experiences helped inform his solo effort, called Rewilding, its debut album of the same name, played on those northern Arizona experiences with instrumental jams with names like ‘High Desert’, ‘Window Rock’, and ‘Balloon Ride’.

None of that prepared him for the beauty, tragedy and musical storytelling opportunity of living day to day at Glacier Bay.

“I was just inspired by a lot of things going on there — the landscape, itself, the people I met there, the Tlingits and their stories of their homelands,” McFee said of his three years working at the park in Southeast Alaska. “Just talking to thousands of people a week and you see how inspiring it is and it inspired me to make something out of it. In my short time there I saw gigantic changes going on with the glaciers, the water — everything that lives there.”

Composing music to create an aural record of what’s going on at Glacier Bay was something McFee wanted to do upon arrival.

But getting materials to compose his largely spontaneous, instrument-based type of music wasn’t easy, given his remote location.

McFee wrote and recorded many of the original ideas using small, portable instruments such as hand percussion, glockenspiel, acoustic guitar and mini Korg synths and would take those recordings back home in the winters to cut and overlay with percussion elements.

“I was only able to fit a few instruments in my suitcase,” McFee said. “I mailed a few small items, like tambourines, but it’s really expensive to mail. I stuffed my suitcase with a tiny Korg synth, a glockenspiel, a tiny hand drum I put in my lap like a bongo. I had my mixer, which is about the size of a laptop and carried an acoustic guitar, too. Only the things that came with me were used to make the album. I added some drums with a real drum set and some electric guitar.”

The result of it all was ‘Rain Patch’, Rewilding’s newest release that came out Friday, April 10. It’s an 11-track album, that, to pigeonhole, starts with the idea of mood music you might use as a sleep aide, tricked up with percussions and jazzy laser elements one might associate with ‘Dark Side of the Moon’, all an effort to illustrate the overwhelmingness of natural awe in songs.

“I loved the rain in Glacier Bay and that’s why it’s called ‘Rain Patch’ — the constant wet and constant clouds, fog sounds that matched that kind of ethereal, fogged-in kinds of shapes; ghostly shapes of mountains popping up in the distance,” McFee said. “A lot of Alaska is unknowable, untouchable and that allows you to kind of create mysteries through music.”

McFee said reading about the region helped inform his album, as well.

“The way people write about these things, you pick out a name or word that resonates — a sentence from a book about these places,” he said. “One book that really inspired me was ‘The Land and the Silence’. It was a book about Glacier Bay written by a photographer in the 1950s and his explanations of the landscape before major tourism started. I might pick out a phrase from something like that and make the music a vessel for how the emotion was put into it.”

When the creative process is complete, McFee finds himself in a position not unlike a sculptor, needing to edit down the mass of clay he’s compiled.

“Compared to other musicians, it is a different process,” he said “I work by myself on Rewilding, so I come up with some main parts, like a rhythm section that’s that first layering; then I begin layering instruments, peeling it away. It’s kind of like making a sculpture — you start out with a big hunk of stone that’s kind of like a rhythm section.”

As a naturalist, McFee knew plenty about Alaska’s diminishing glaciers, but seeing them up-close was more than he bargained for.

“I knew going in that something was happening, I just didn’t know how fast and how drastic it was,” he said. “One of the park scientists there had been doing an oceanographic survey since the early 1980s — he’d been taking the water temperature about once a week for 40 years and found last year that it’s gone up 10 degrees since the 1980s, which is an incredible leap that has affected so many things.”

The effect of it on, not just McFee, but the other 21 park staff stationed there in that time was profound.

“It was hard to see because I had fallen in love with that place my first year, knowing how the glaciers are connected to everything that lives in that bay and I know there’s more drastic changes to come,” McFee said. “One of the boat captains there said, ‘this is a front row seat to the end of the world,’ and I could see why he would feel that way. It’s a little different sitting at home back east, reading a newspaper and then getting to see that every day — that can affect a person. We had 22 staff there and 18 of us have said we’re not going back. A lot of use were too emotionally drained.”

That said, McFee said he sees ‘Rain Patch’ as more of a dirge than any sort protest album without words

“I don’t think of it as a protest album; I think of it more as an epitome — more of a goodbye, to a place that was one way and is never going to be that way again,” McFee said. “It’s also an ode to a place and the people who have lived there for countless generations.”

McFee said 100 percent of the sales of ‘Rain Path’ are going to the Save the Tongass Project’.

Now that his three summers in Glacier Bay are behind him, McFee finds himself working in Omaha, Neb., working with the National Parks Service there, and dreaming up ways to bring the Great Plains to life, musically.

“I’m going to be in Nebraska for a little while,” McFee said. “I’m kind of excited to be closer to the Badlands area. One of the Connected View albums was made there.”

“I don’t think any place will fill me with as much emotion as Glacier Bay,” he said. “It felt like a home I hadn’t known was a home before.”

Listen to Rain Patch on SoundCloud at